The history of Morocco and Islam cannot be separated. After all, the person who unified Morocco under the Muslim Kingdom was none other than the great-grandson of the Prophet (SAW) himself.

Throughout Morocco, there are tens of thousands of Muslim sanctuaries, madrassas, and Mosques. Some of these spiritual monuments hold rich cultural and historical value.

In this article, I will list the top Islamic Spiritual Landmarks in Morocco; the list will not only include mosques, but also other sacred monuments in Islamic Heritage.

Moulay Idriss Zerhoun, the Sacred City of the Prophet’s great-grandson 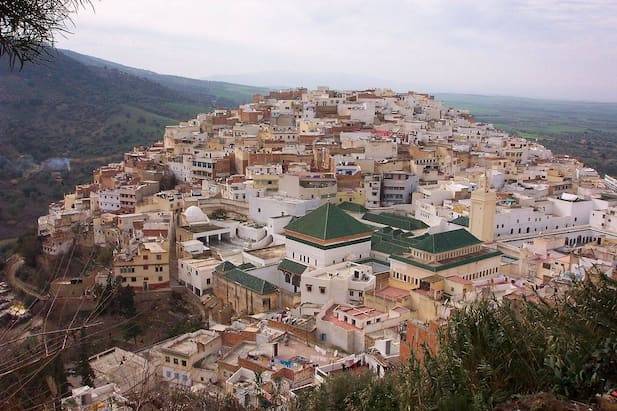 The founding father of the Moroccan Kingdom was Sultan Moulay Idriss I. His sanctuary resides in the town of Moulay Idriss Zerhoun, which is one of the holiest places for Moroccans.

Moulay Idriss as the great-grandson of the Prophet Mohamed (SAW) was the spiritual father of the Moroccan kingdom. When Moulay Idriss married the daughter of a local tribe leader, the Amazighs who were the indigenous people, swore allegiance to Moulay Idriss, which made him the local leader.

Moulay Idriss Zerhoun is the town where the Sultan established and where he rests in peace; to the locals and Moroccans in general, his sanctuary is a holy place that’s worth pilgrimage.

Zaouia Moulay Idriss, the Mausoleum of Morocco’s most brilliant Sultan 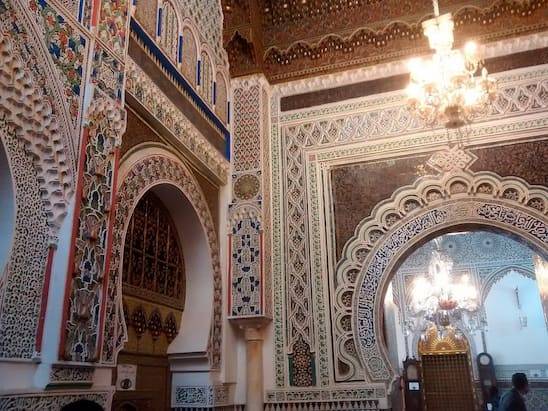 Fez city is the spiritual capital of Morocco, and it holds many sacred places. Among the most important holy places in Fez is the Zaouia of Moulay Idriss II. As the son of the first Sultan of the Moroccan kingdom and the prince of an Amazigh tribe, Moulay Idriss II was a unique monarch. He was born to establish Morocco, and he fulfilled his destiny.

Moulay Idriss was blessed with everything a ruler needs. He was exceptionally smart and wise from a very young age, he was assertive, responsible, and physically strong. Fez, the capital he built, stands now as one of the most important intellectual centers in the world thanks to the legacy of this brilliant monarch.

The Zaouia of Moulay Idriss II is considered by Moroccans a holy place because there lies their spiritual leader. The Zaouia is situated in the UNESCO World Heritage Site: the Medina of Fez. 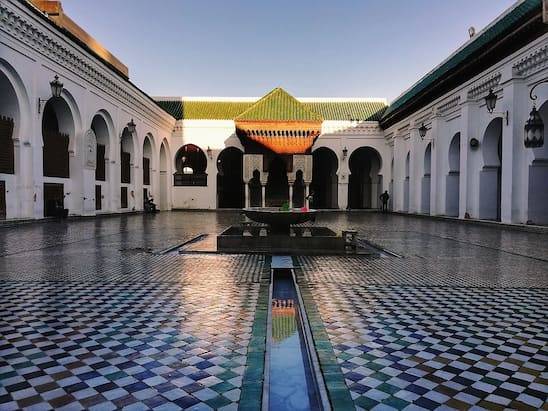 Fez’ Medina is sufficient to fill this list with its Islamic rich historical Heritage sites. One of the most fascinating of those is the University of Al Quarawiyine. Al Quarawiyin holds the world record of the first university in the history of mankind that still runs.

Fatima and her sister Maryam were the two daughters of a rich trader from Kairouan (modern-day Tunisia) who lived in Fez after they fled from Andalusia. The two daughters were highly educated, which impelled them to want to make Fez more sophisticated by providing intellectual and spiritual centers, those being Al Qarawiyin Mosque and Al Andalus Mosque (Built by Maryam). 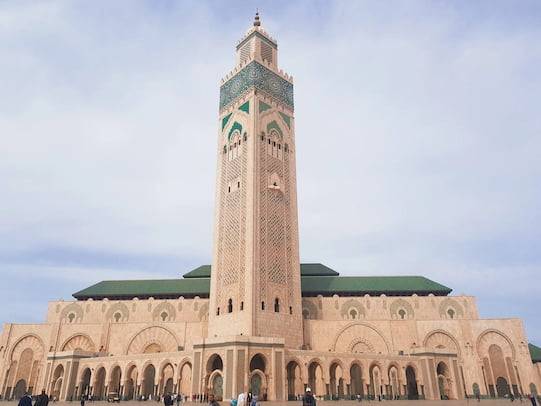 Located in Casablanca, the majestic Hassan II Mosque is the city’s most iconic landmark. This dazzling architectural marvel is one of the most gigantic and beautiful mosques in the world. Hassan II Mosque was built in the 90s of the 20th century as a collective endeavor of King Hassan II and Moroccans.

Hassan II Mosque stands as one of the most sophisticated modern spiritual buildings that attract tourists to Casablanca more than any other landmark.

Even though Hassan II Mosque is relatively new (unlike the other spiritual places on this list) it’s still one of the most interesting Islamic Heritage sites in Morocco. It stands as a symbol of Islam in modern Morocco.

The Seven Men of Marrakech, the Spiritual Saints of the Red City 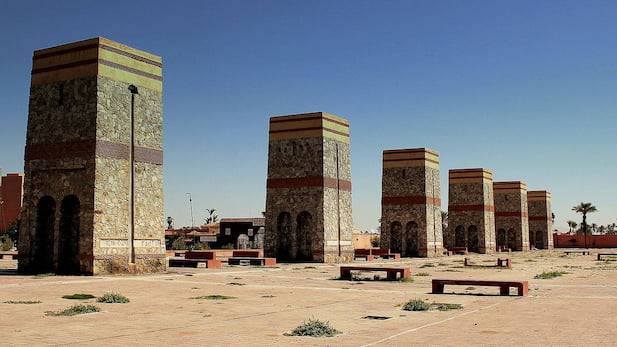 Their sanctuary, which features 7 towers, is considered by Moroccans ever since the 17th century a place of pilgrimage where people seek peaceful states of mind. The barakah of the saints is believed to bring spiritual bliss.

Find out more about Morocco and other spiritual travel destinations in our travel blog!