5 Australian Mosques You Should Not Miss

Australia is an amazing place to visit (and live) with a population that is multicultural, diverse, and accommodating. In fact, the recent consensus has also found that Islam is the fastest growing religion in the country, which means Muslim travel to Australia is now more possible than ever before.
So, when you're making a list of where to go in Australia and what to see in Australia, don’t forget to add the beautiful mosques and their communities. To start you off, here is a list of famous mosques in Australia that you should not miss! 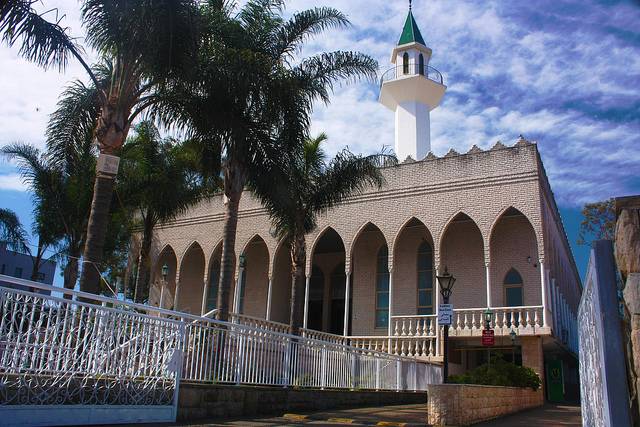 Picture Credit - www.gopray.com.au
Founded by the Lebanese Muslim Association in 1977, the Lakemba Mosque (also known as Masjid Ali Bin Abi Talib) is said to be Australia's largest mosque and the main mosque in Sydney. It holds Islamic classes, sermons and Friday prayers. The Eid prayers held here also see the largest crowds in all of Australia, with over 30,000 attendees!
The Lakemba mosque is also one of the participants (and the centre) of the National Mosque Open Day that is organized by the Lebanese Muslim Association with mosques from all around the country. Non-Muslims of the community are invited to the mosque to learn about the religion, share festivities, exhibitions, and even enjoy BBQ parties! The National Mosque Open Day for 2017 is October 28th, 2017.
Click here for more information Lakemba Mosque 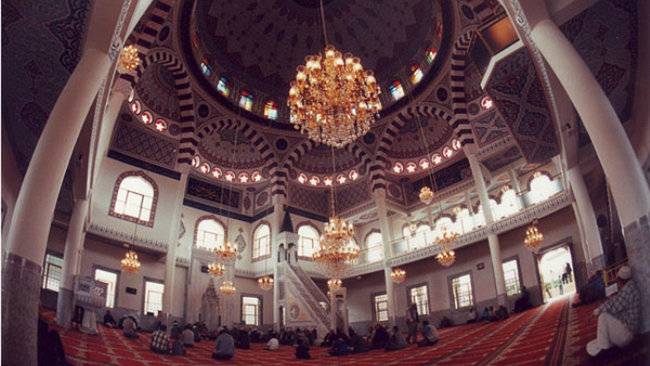 If you're in New South Wales and are looking to find nearby prayer places in Australia where you can pray and have a bit of a rest, this is the ideal place for you. This peaceful mosque is beautiful, well-maintained, and easily accessible. This is one of the largest mosques in Australia and has a separate prayer hall for women and children. The inside features gorgeous Ottoman calligraphy, mosaic tiles, and scripts. The friendliness of the people at this mosque is something everyone, Muslim or not, takes along after a visit. The mosque also offers free guided tours (but do make sure to book ahead), and free food after prayers! 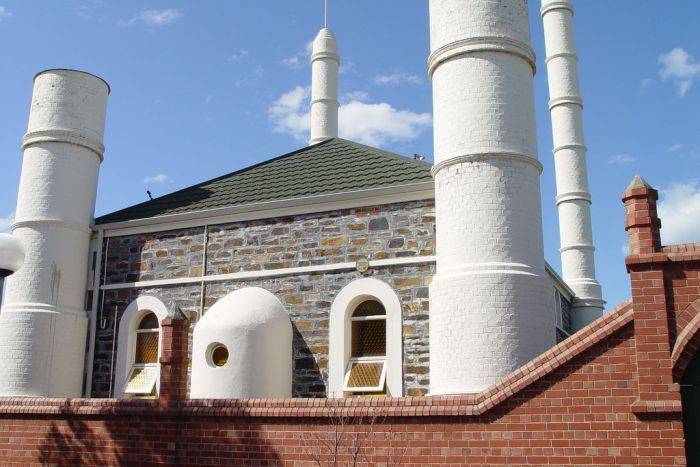 Picture Credit - www.abc.net.au
The Central Adelaide Mosque is one of the must-visit places on your Halal trip to Australia, mainly because of the fact that it is the oldest surviving mosque in Australia. Originally built in 1888 as a safe haven and a prayer place in Australia for Muslim travellers, this mosque has been serving the community for more than a 100 years. In 1903, its original four minarets were added, and so was a surrounding garden. The mosque today, as it was in the beginning, remains an anchor to Muslim migrants in the area. 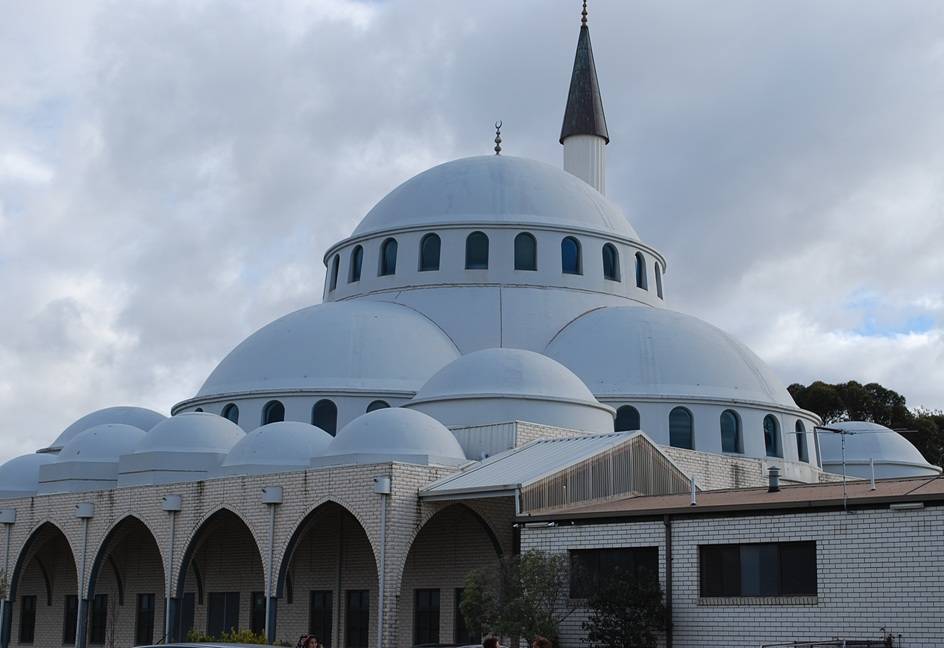 Officially named The Cyprus Turkish Community of Victoria, this mosque is often called the “Sunshine Mosque”, after the suburb in Victoria it is situated in. It was built in 1992 by the Cypriot community in Melbourne and is another mosque to add to your list of what to see in Australia because of it's unique Ottoman/Turkish-style architecture (the mosque was in fact designed to replicate the Sultan Ahmed Mosque in Istanbul, Turkey). The building's facade consists of a total of 17 domes and a single minaret of brilliant white, surrounded by a courtyard, which makes for a truly magnificent sight! 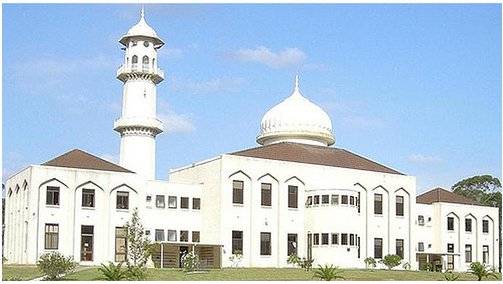 Located in Sydney's Marsden Park, this iconic mosque was built in 1989 and celebrated its 25 years with the community in splendour just a couple years back. It is run by the Ahmaddiyya Muslim Community (AMA) in Australia. Any Australian mosque finder is incomplete without the mention of the Baitul Huda Mosque (House of Guidance), because of the importance to its community, both Muslim and otherwise. The mosque is dedicated to building bridges and educating people about Muslims. The theme for its 25th-year celebration was “Mosque for Peace”, which included over 500 attendees of all religions, a Quran exhibition, guided mosque tour, and endorsements by local officials (the prime minister of Australia even made a brief appearance over video).