By Halal Trip | 27, Jul, 2017
Turkey is a place of rich culture and people, and one of the most iconic aspects of the country is its architecture. Many of the buildings in Turkey draw inspiration from ancient eras, like the Ottoman Empire. In fact, many buildings of modern-day Turkey were even those that were built all those years, centuries ago.
In Istanbul, Mosques are one of the most prominent features of such buildings. Most of the mosques in Istanbul were built a long time ago and feature magnificent architecture, adornments, and decorations. This is why your Muslim-friendly trip to Turkey will not be complete without a visit to these amazing structures. Here are 5 beautiful mosques built before the 18th century to visit on your trip to Turkey. 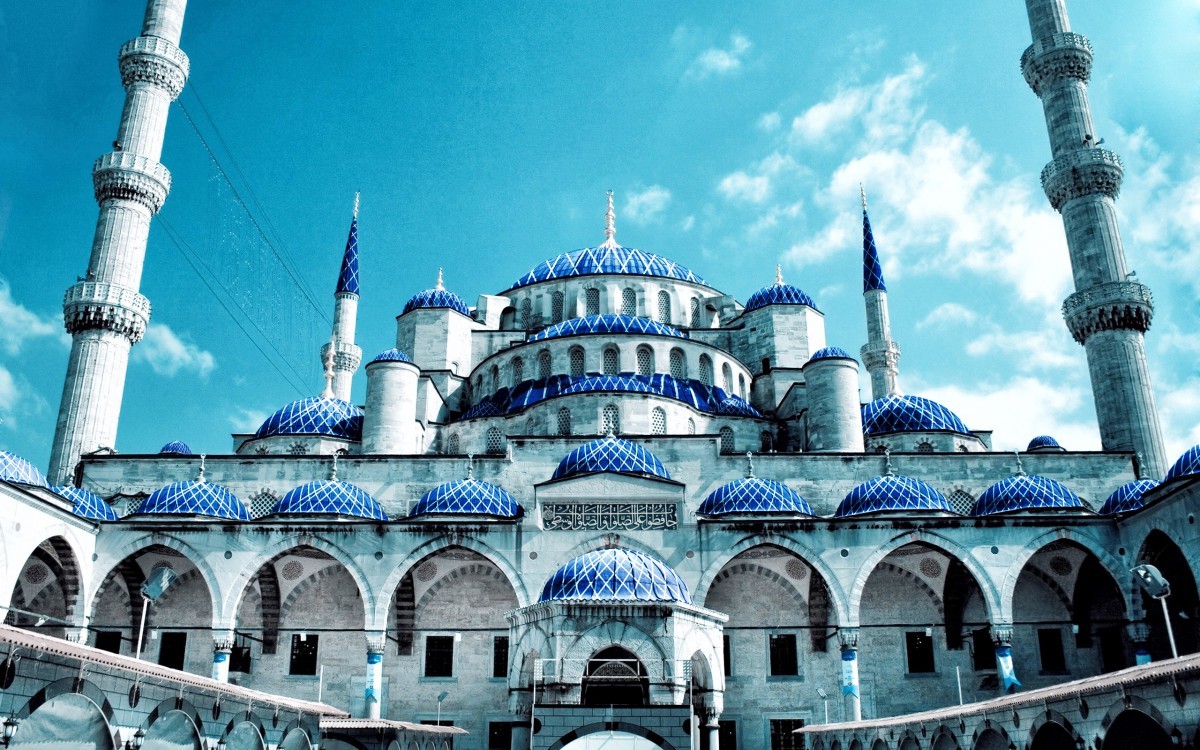 Picture Credit - www.weloveist.com
Sultan Ahmed Mosque or the Blue Mosque (called Sultanahmet Camii in Turkish) is a historical mosque in Istanbul. It was built during the rule of Ahmed I, between the years of 1609 and 1616. The mosque got its name because of numerous blue tiles surrounding the walls of the mosque - both interior and exterior. This is one of the most beautiful mosques where you can perform your prayer in Turkey, with its six minarets and more than 200 stained glass windows that are intricately designed. Just like many other mosques, it also houses the tomb of the founder, a madrasah and a hospice. The Blue Mosque has become of the most popular tourist attractions in Turkey, but it's closed to non-Muslims during the five daily prayers. 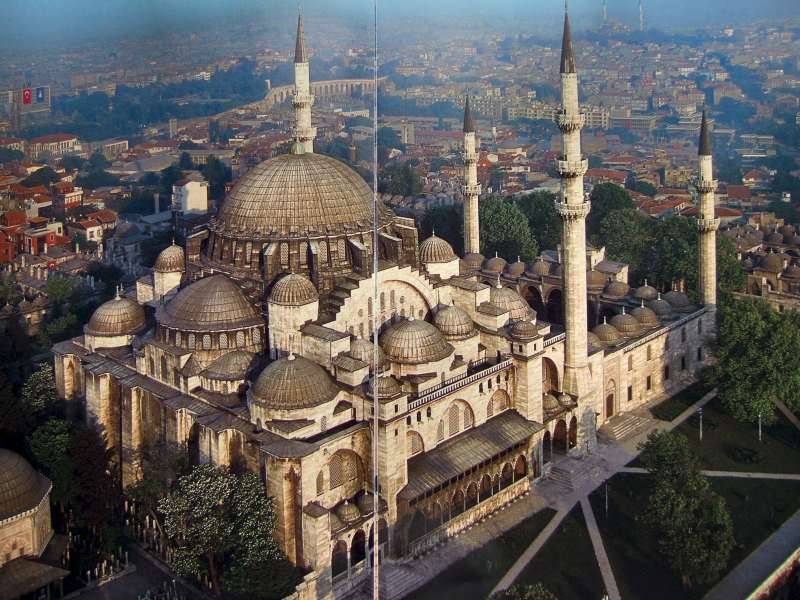 Built centuries ago in 1550, Suleymaniye Mosque represents one of the significant landmarks as the second largest mosque in Istanbul. This is another exquisite work by the amazing architect Mimar Sinan, incorporating the Ottoman architecture. Standing at 72-metre high, this is a sight that you can't miss while you're in the area. The interior is just as amazing as the exterior - tympana-filled windows, Iznik tiles, white-marbled mihrab, woodwork in ivory and mother of pearl - no wonder it has become one of the popular sights that one should witness in Istanbul.
The Mosque has faced many unfortunate events - damaged during a fire in 1660, partly collapsed during an earthquake in 1766, flawed when several ammunition went off in the Mosque in 1910s - yet it still managed to survive till now. Which is why we would recommend you to give this historic and beautiful mosque a visit while you're in Turkey. 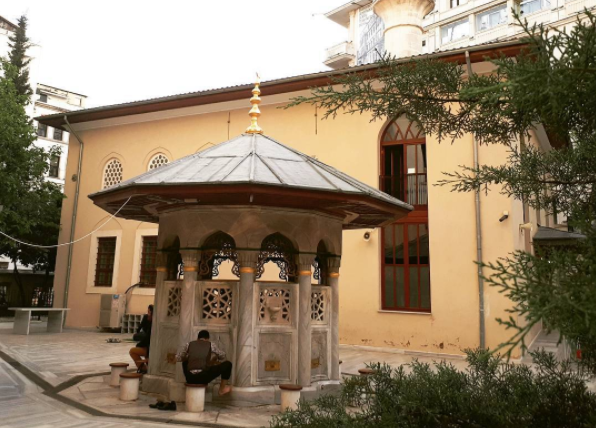 Located in the famous Istiklal Street in the Taksim area, the Huseyin Aga Mosque, although small, is a thing of beauty. The walls are adorned with Kutahya tiles, intricate calligraphy, and colored glass windows; and the floors are covered using beautiful Isparta rugs. Although the area was barely populated back in the 1590s when the mosque was built by Huseyin Aga, today it is one of the busiest streets in Turkey. Come Friday, you can see the mosque overflowing beyond its capacity to accommodate Muslims for Friday prayers.

Picture Credit - www.hayalleme.com
Located in the Mercan area of the Fatih district, this mosque is ideal for those trying to locate nearby mosques in Turkey as it is pretty easily accessible by foot or by public transport, and is close to the Grand Bazaar. You would be awed by the architecture which represents the ancient times it was built in. The mosque has a beautiful garden on the outside for you to relax and unwind. One of the most amazing facts about the mosque is that it was built way back in 1479, and is still standing tall and proud! 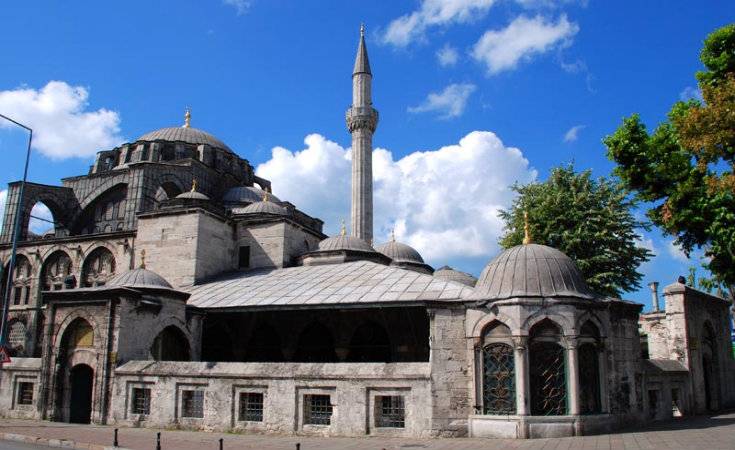 The Kılıç Ali Paşa complex was commissioned by Kılıç Ali Paşa (the grand admiral of the Ottoman Navy) and built by the architect Mimar Sinan in the Tophane Square in 1580. Originally built on an artificial island near the coastline, but now the island is connected to the mainland by reclaimed land. A fine example of Ottoman architecture, the Kılıç Ali Paşa Mosque is designed with ornate tiles, a beautiful marble minbar and mihrab, as well as beautiful Islamic art and calligraphy. The mosque also went through renovations in the 19th century. The Mosque exterior is a sight to behold with a single one-tiered minaret, and a total of 247 windows.
The Kilic Ali Pasa Complex consists of the mosque, the tomb of Kilic Ali Pasa, a sabil, and a madrasah (Muslim theological school). It also houses a Turkish bath or Hamam, which is a unique experience that should be on the top of any visitor’s list of what to do and see in Turkey. While you're there, you can get a traditional Turkish massage amidst luxurious settings and get rid of all the kinks and stress in your body!