If you are ever in Malaysia, you must drop by some Halal food places in Malacca – especially when it comes to trying out the region’s traditional dishes. Malacca is especially famous for its Peranakan cuisine which is a delicious fusion of Malay and Chinese flavours that are simply unforgettable. So when you travel to Malaysia, do visit Halal restaurants in Malacca and look out for some of the wonderful some dishes listed below. 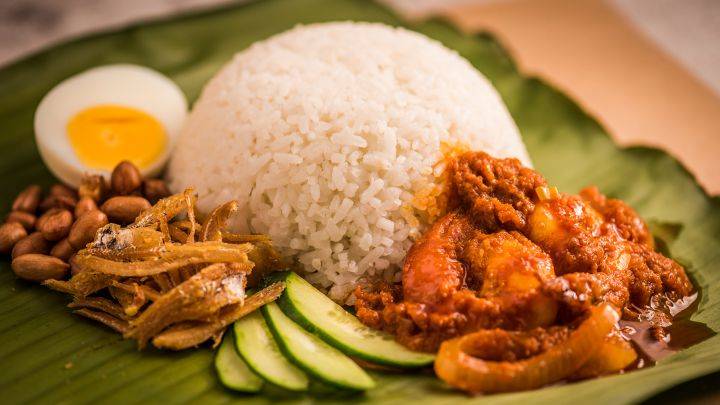 Nasi lemak is a rice dish that you will easily find in most Muslim-friendly restaurants in Malacca and street hawker centres that serves traditional Malay cuisine – it’s a delicious staple dish in Malaysia. The rice is cooked in coconut milk and then wrapped in pandan or banana leaves giving it a wonderful aroma that complements the spicy sambal, dried anchovies(Ikan bilis) and roasted peanuts that the dish traditionally served with. Nasi lemak also includes a fried or boiled egg and cucumber slices too. You will simply love the spicy, aromatic flavour of this dish. 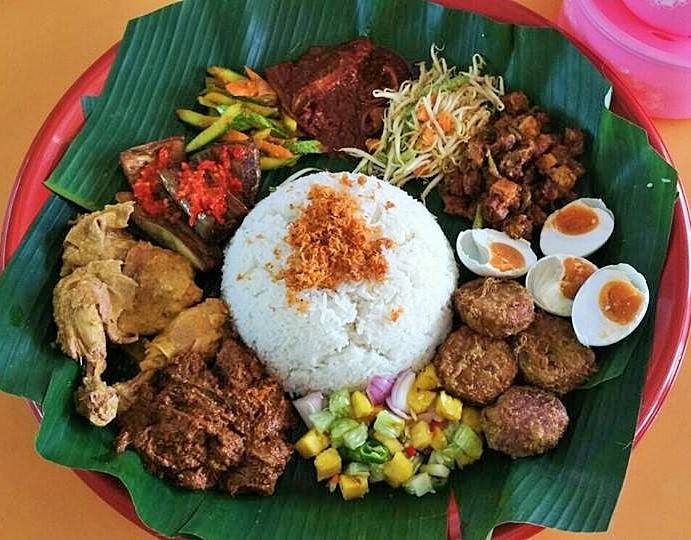 Nasi ambeng has Javanese origins from Indonesia but it’s also a favourite traditional Malay dish that you can find at most Halal food places in Malacca.The dish consists of fragrant rice that is usually served with chicken cooked in soya sauce, rendang, begedil, grated coconut and more – and you get to savour the salty, spicy and fragrant flavours here.It’s usually served during special occasions in a large tray where up to five people can share the meal together. 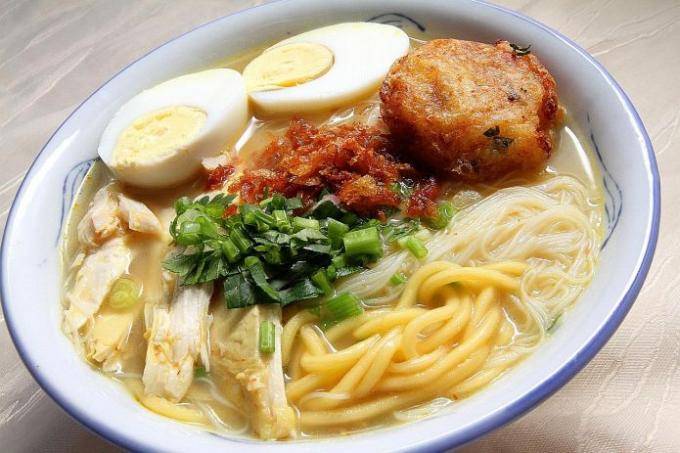 Also known as mie soto, this noodle soup is best known for its rich spicy flavours. The Malay mee soto ayam that is made with an aromatic chicken broth and egg noodles slightly differ from the Javanese version of the dish that is flavoured with beef broth. The flavours of ginger, turmeric, coriander and cinnamon in the broth really stand out and this noodle dish is served with hard-boiled eggs too. 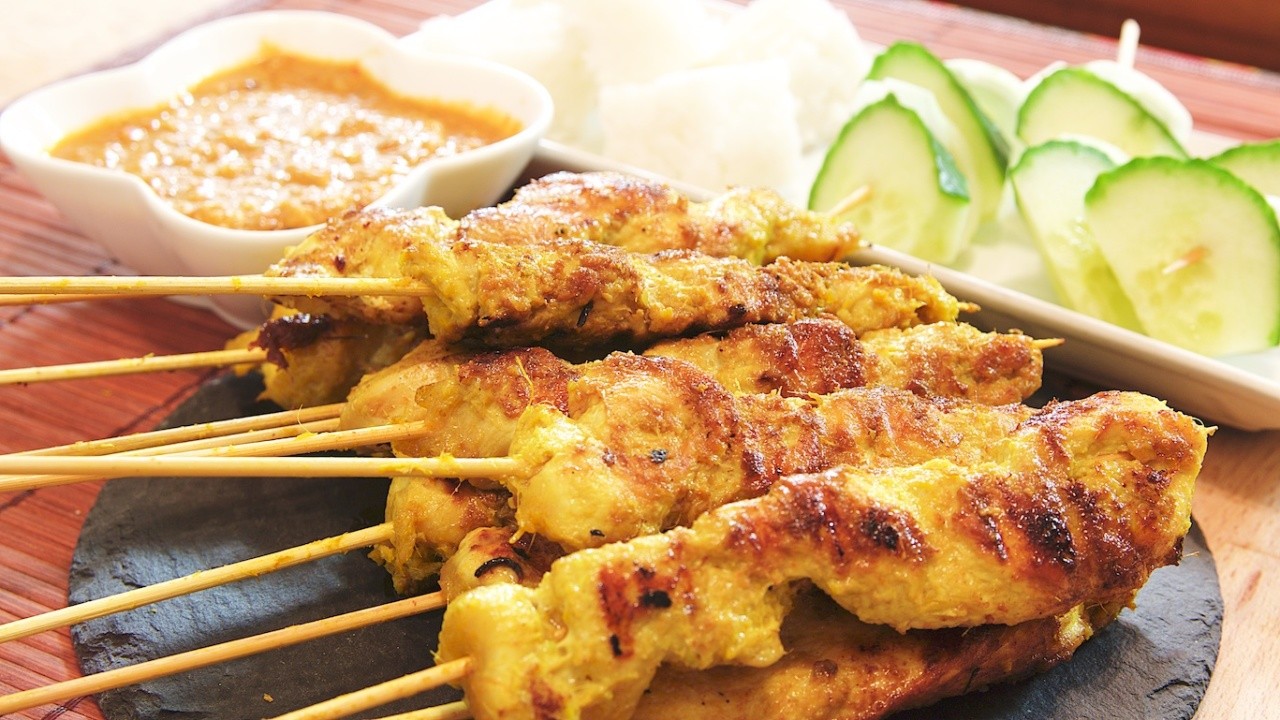 Satay is probably one of the most popular Malaysian street foods that you will also see during special occasions too – or even with main meals. Usually served with peanut sauce or sambal, satay is basically grilled, skewered marinated meat that has a slightly sweet yet spicy flavour. You can try some excellent beef or chicken satay at hawker centres and at various Muslim-friendly restaurants in Malacca. Another variation is satay celup, that is commonly found in Malacca – where raw or half-cooked seafood, meat and vegetables are dipped in a hotpot filled with spicy gravy. However, Halal options for satay celup are a bit limited. 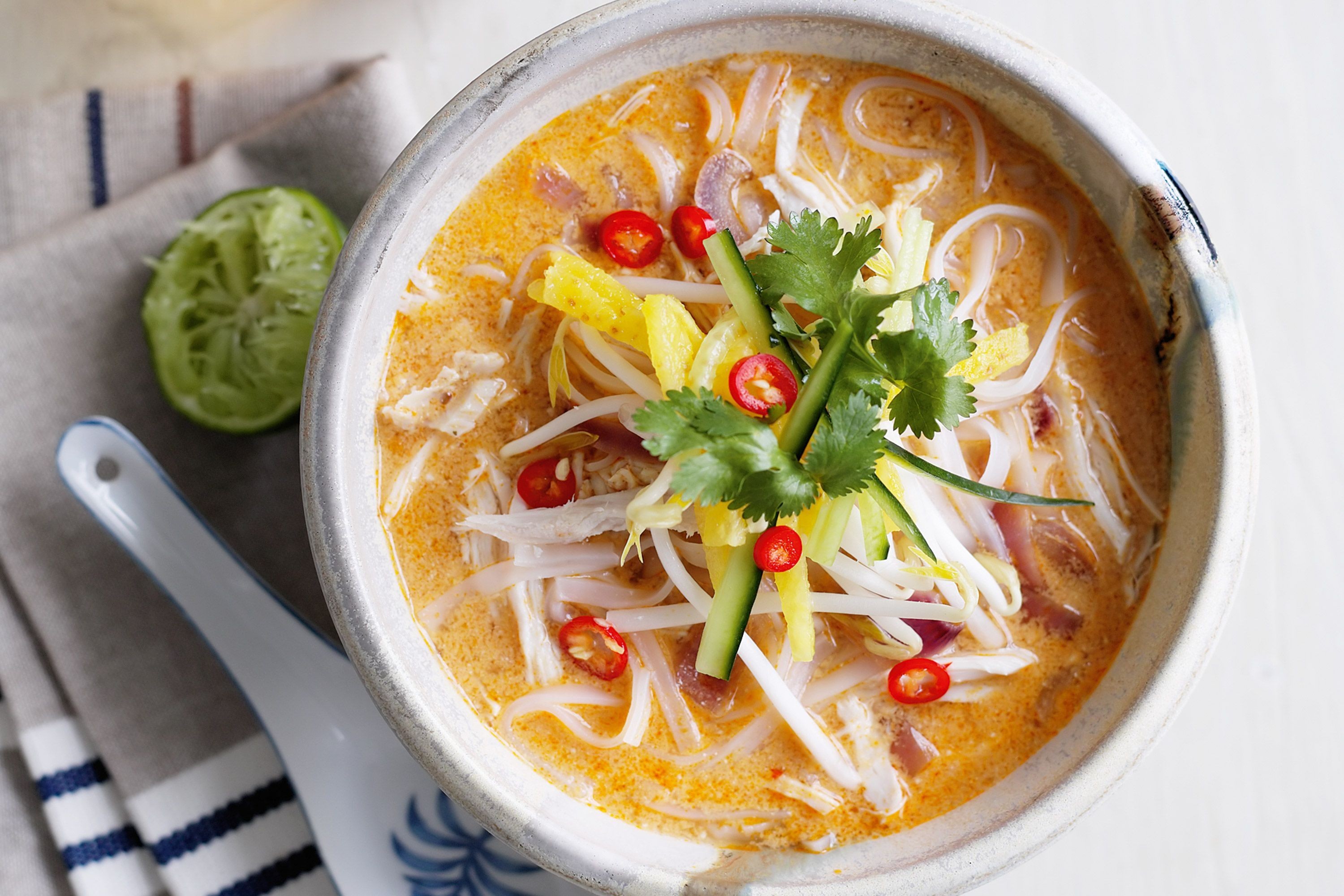 While you try out different restaurants in Malacca, don’t leave without trying some classic Peranakan dishes such as Laksa. This seafood flavoured noodle soup is simply bursting with a tangy, tamarind flavour when it comes to Assam laksa or the spicy coconut taste of curry laksa. There are several variations of the dish that tastes great either way. For example, curry laksa is usually topped with tofu puffs, shrimp, fishballs and boiled eggs. But Assam laksa is served with thicker noodles and has a great seafood flavour. Lontong is a pressed rice cake that is steamed in a banana leaf and is eaten with dishes such as sayur lodeh which is a coconut flavoured shrimp and vegetable soup or even with peanut sauce. Other common toppings include fried tofu or tempeh, boiled eggs or shredded coconut to name a few. It’s often a substitute for boiled rice and is also known as nasi himpit. 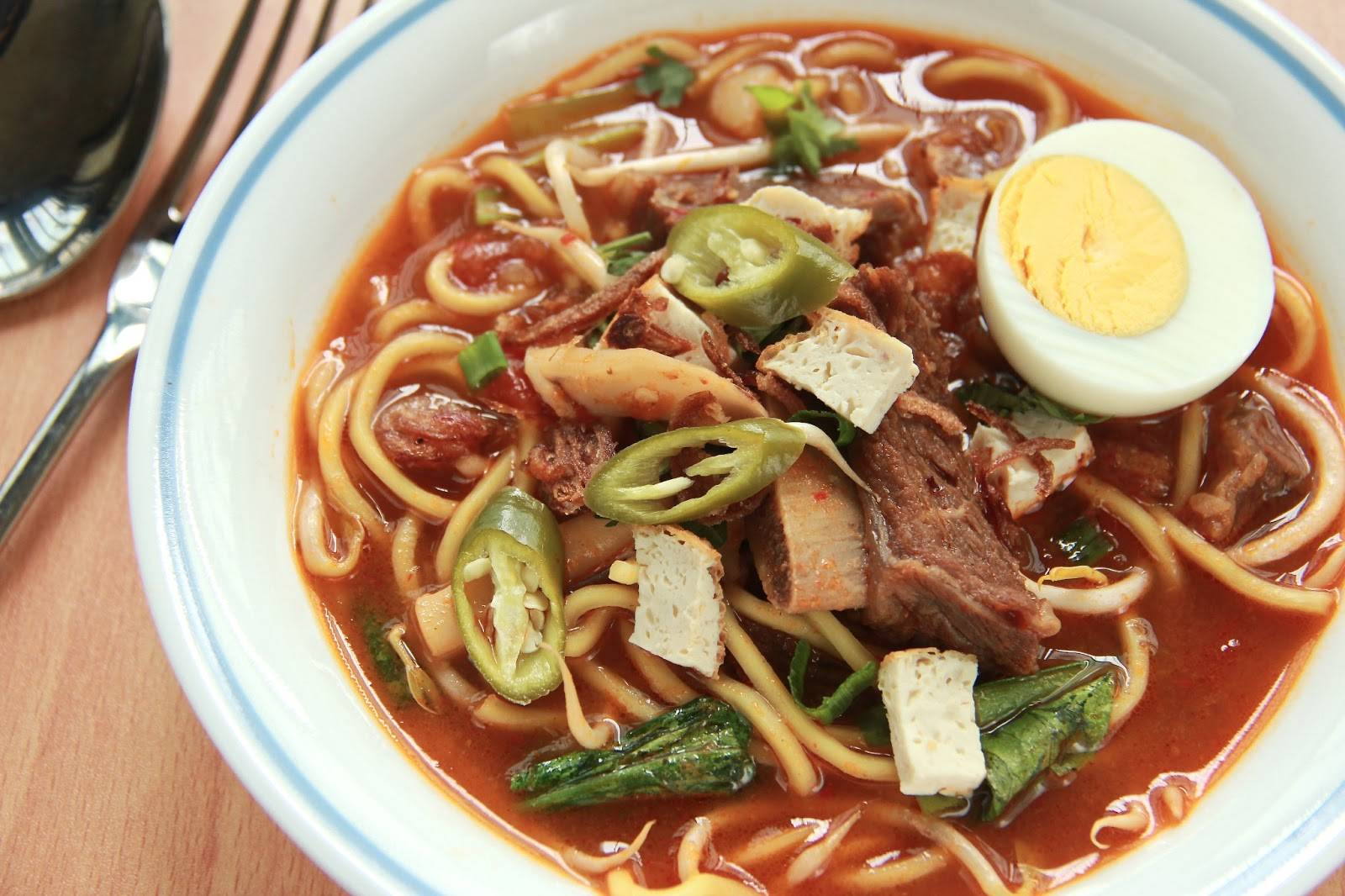 Mee rebus is another amazing noodle dish that you must taste when dropping by Halal restaurants in Malacca especially when visiting a hawker centre. The salty, sweet shrimp flavoured broth combined with potatoes, ginger and lemongrass give the thick gravy it’s unforgettable flavour – that you can enjoy with egg noodles. Mee rebus is mostly served with a combination of hard boiled eggs, fried shallots, bean sprouts, fried tofu and lime leaves – there are several variations of mee rebus in Malacca that might or might not include these ingredients. 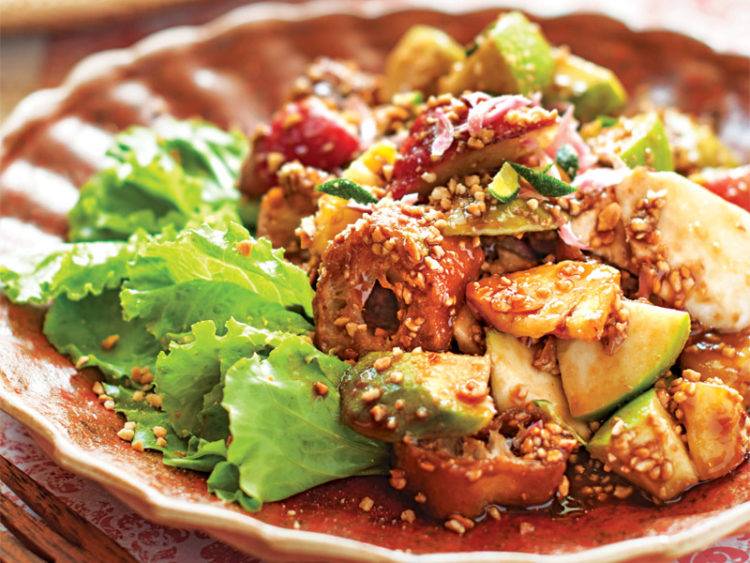 The fruit variation of this unique traditional dish is a salad made up from chopped fruits and vegetables such as pineapple, cucumber, bean sprouts, fritters and fried tofu. This mixture is then tossed in shrimp paste, lime juice, chilli and sugar – creating a sweet, tangy and unusual flavour. Some variations include Rojak Penang with guava, jambu and squid fritters with a thicker sauce – and the savoury Mamak Rojak with potatoes, bean curd and spicy chilli sauce.
Wondering how to find nearby Halal food in Malacca? Don’t forget to use the Halaltrip app to locate Halal food places on your mobile in Malacca so you won’t miss out on the best halal food.