World Cup 2018: We've Got Just The Deets For Your Trip To Russia This Season Part 1

Plan your Halal tour to Russia, where from the 14th of June to the 15th of July 2018, you can experience the sights, sounds and tastes of Russia in their pleasant summer temperatures of 18 to 23 degrees Celsius. Check World Cup 2018 schedule dates so that you can prepare for travelling between host cities, where intercity buses are the most affordable option with bus rides taking 6-12 hours, or you could travel by train, or by aeroplane. 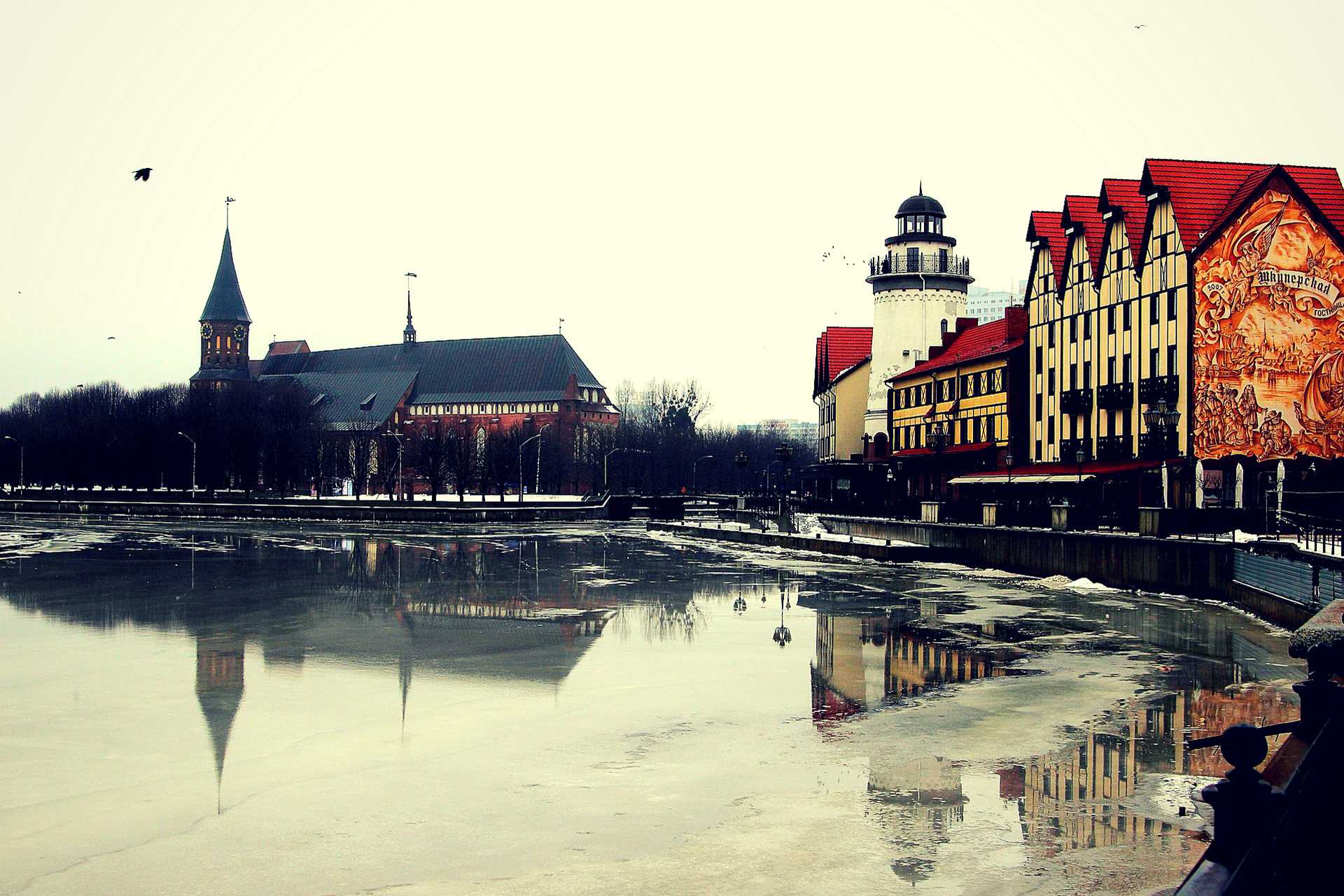 Summer in Kaliningrad is pleasant with temperatures ranging between 15 to 18°C. A light jacket is handy for the occasional rains and general windy climate. 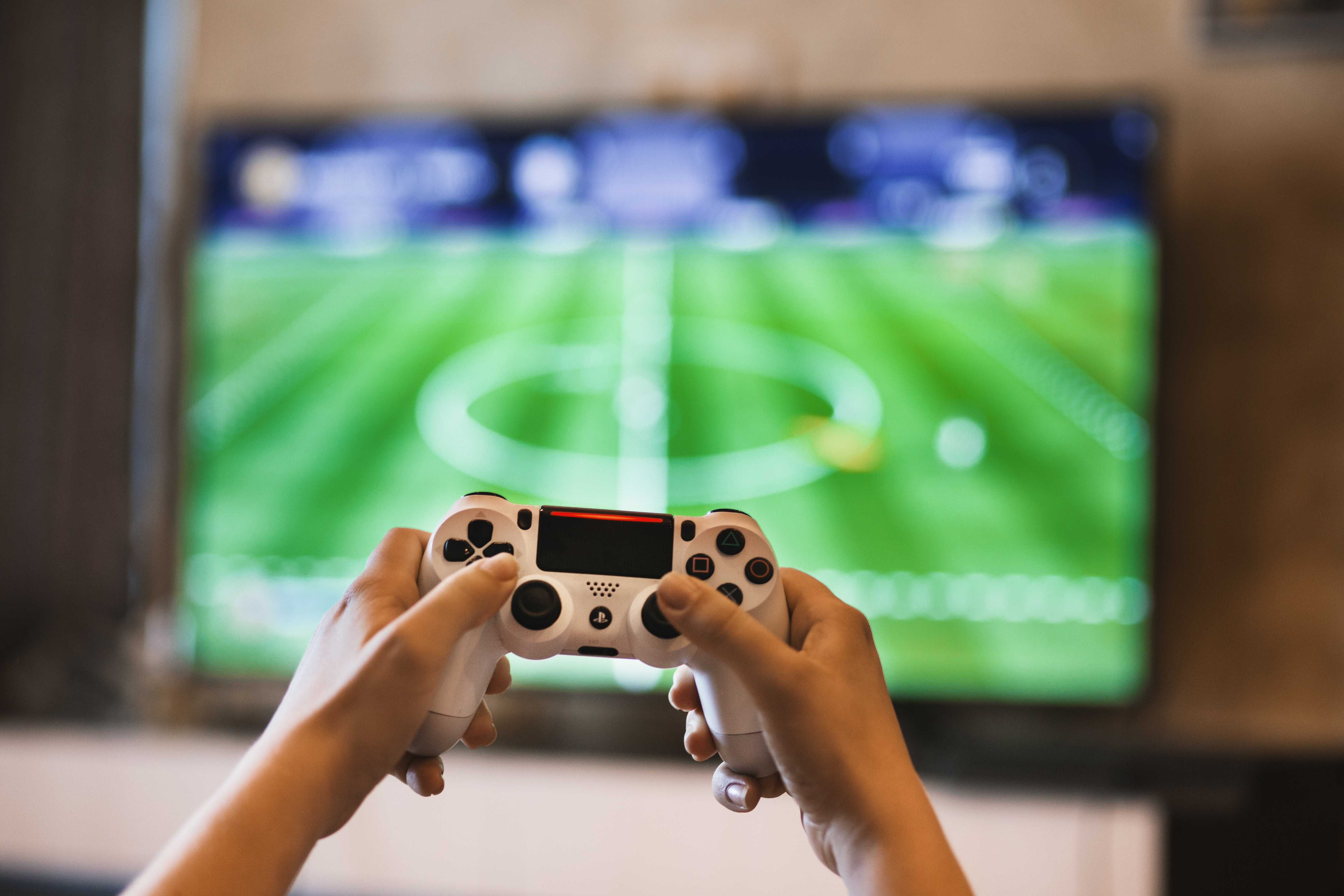 Faraway Kingdom Amusement Centre is an indoor game centre for children whose painted walls take them to another world like the jungle, under the sea or even a princess’s palace. They offer video games, video simulators, a creative studio, a cinema and more to keep your child entertained all day.

The Yunost Park is also a great way to see the most scenic part of Kaliningrad from the top of a Ferris wheel. It also has a go-karting centre, a boat station, an Upside-Down house and a labyrinth of mirrors, in addition to great picnic spots. If you are a beach lover, don't miss a chance to check out the Yantarny Town!

Amber Castle Museum is a must-visit as Kaliningrad used to be a major amber mine, and still holds a lot of that history. However, there's a lot more to discover than just the amber mining process at the museum - Amber Lake, formerly known as Walter Mine, used to be an amber mine, and is now an artificial lake. There is a diving centre there where beginners can go for test dives with instructors and view a world that once was – with the mining machinery, railroad tracks and more – now submerged.

The Teahouse Kaliningrad – Tashkent is assured to be Halal by the staff. They currently have 2 branches. They offer main dishes and beverages like soup, kebab, tea and coffee.

While there is no mosque yet in Kaliningrad, there is a 100, 000 strong Muslim community whose help you should be able to avail yourself of, in locating a place to offer your prayers.

Trams are concentrated in the centre of town, while trolleybuses get you to the outskirts. Buses and marshrutkas (minibuses or shuttle taxis) cover the entire city. 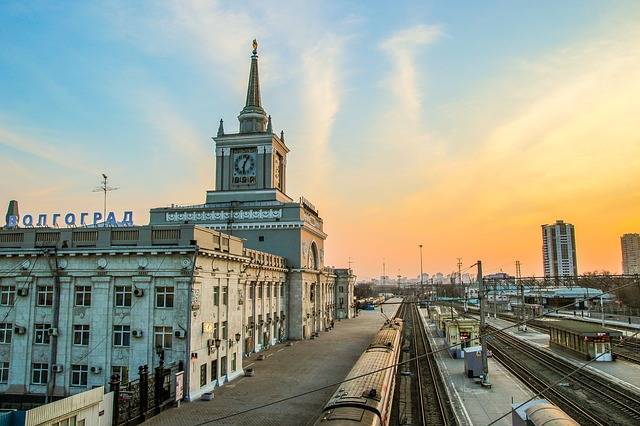 What you need to know

Bring a hat and sunglasses if you’re going to Volgograd, as it can get quite sunny. Volgograd is place with unique ecosystems, so nature lovers will appreciate the protected sanctuary that is home to many species of birds and animals. 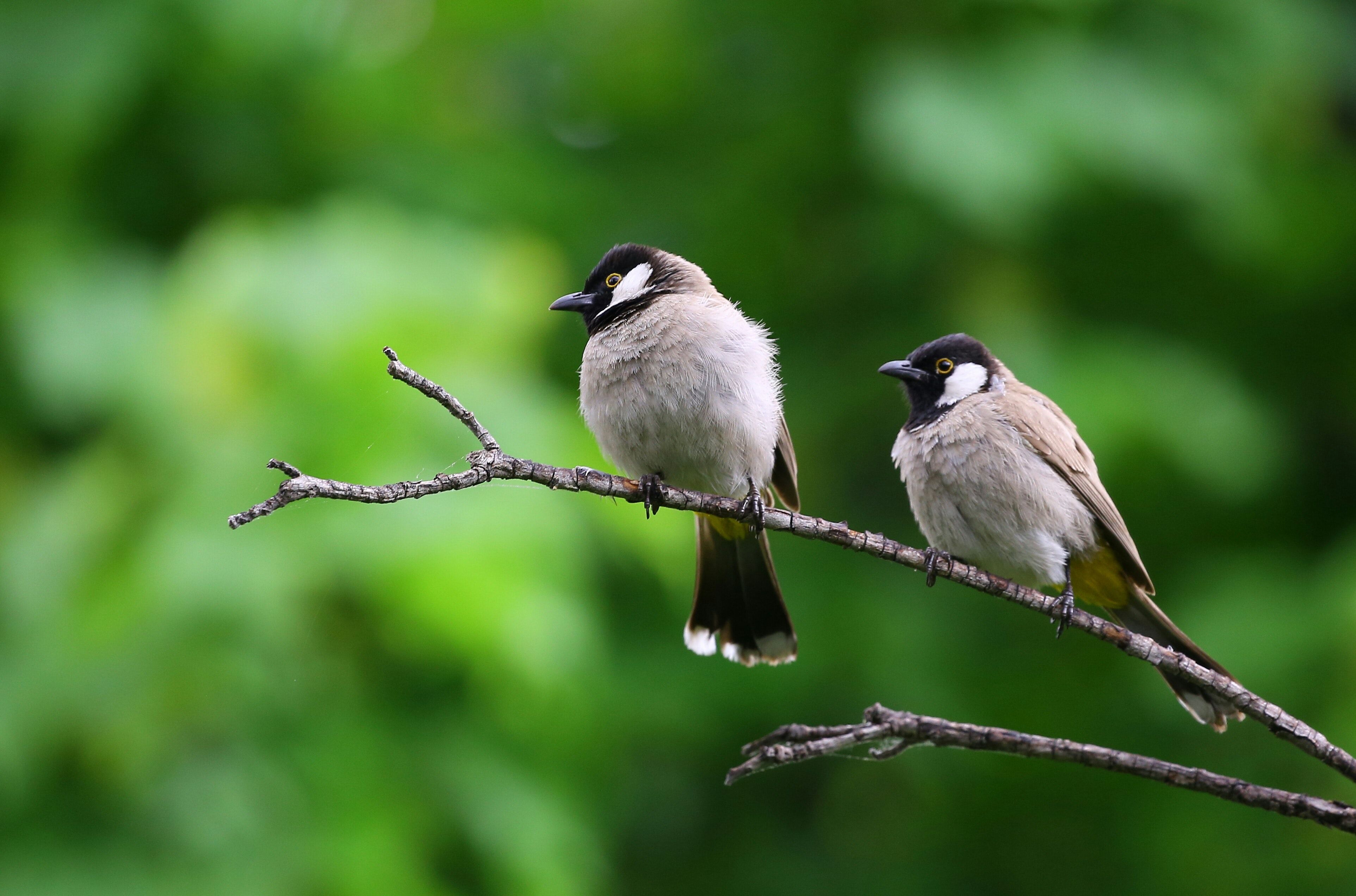 The Volga-Akhtuba Catchment Route is an amazingly beautiful nature park that has a microclimate which allows it to breed multiple types of plants, birds and animals. One day is not enough to spend exploring this region, and know that there are still some parts of it that have not been seen by man. There are plenty of campsites for you to truly immerse yourself in its glory and take a breather.

Also check out the Tsaritsyn Synagogue Former Building. The first stone synagogue to be built in Tsaritsyn and is now a cultural landmark. It has undergone restoration works since it miraculously survived the Battle of Stalingrad, and is now a piece of history. 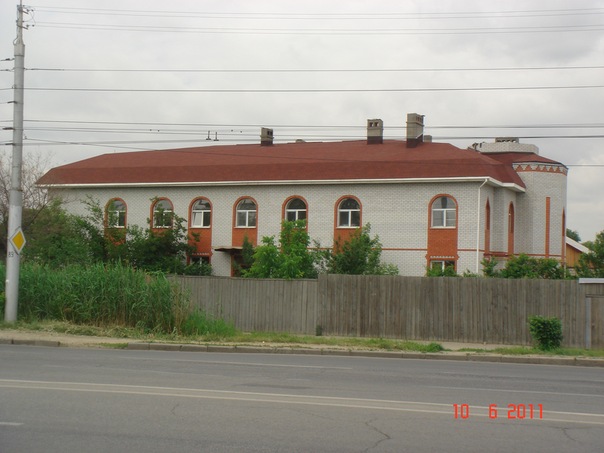 You can reach the airport by cab, train or bus.  To get around the city, take the Metro Tram, trolleybus or bus, or an electric train in the south of the city where the Metro Tram does not run. Buses are the most convenient and cheap option, however. You can also cycle around if you prefer, as it isn't uncommon in Volgograd.

What you need to know

Saransk is home to a lot of museums, which is the best way to learn about the city's rich history. 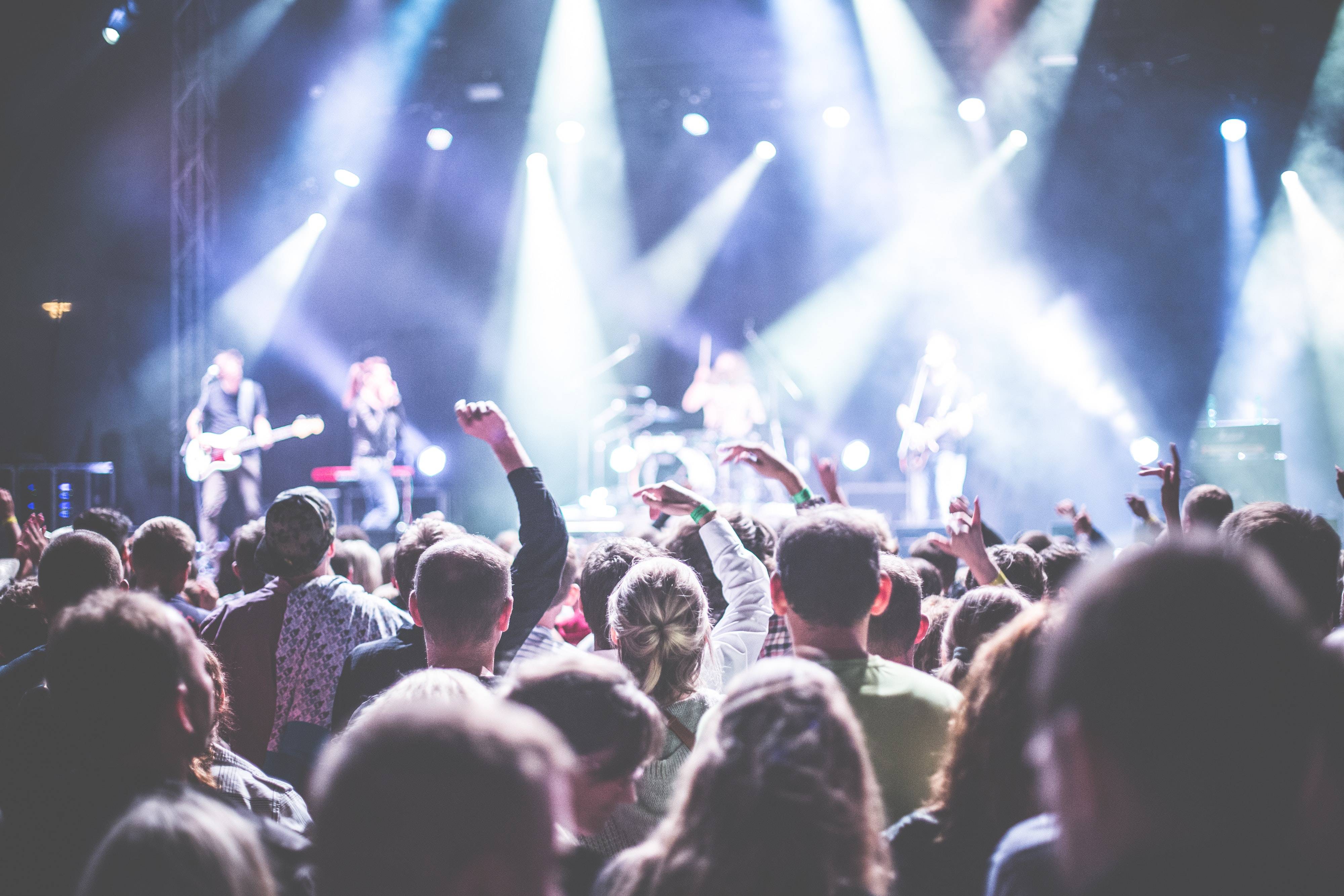 Forever With Russia monument and fountain is one of the many fountains present in Saransk. An impressive 20 metres in height, the monument symbolises the fertility of Mordovian soil, and the fountain complex covers twenty thousand square meters. It is also a spectacular sight at night, all lit up.

The roof of the National Library is a great vantage point where you can see not just the fountain, but also the Tree of Life – a bronze sculptural composition which resembles an oak tree, weighs 30 tonnes, and has Mordovia’s map etched onto its base.

Take a walk around the picturesque town of Saransk and see the many places of worship – church, cathedral, temple, chapel, Mordovian Erzia Museum of Visual Arts, Mineralogy Museum and National History Museum. 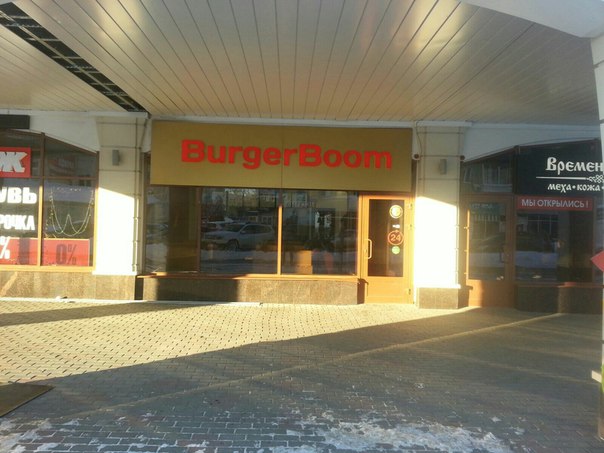 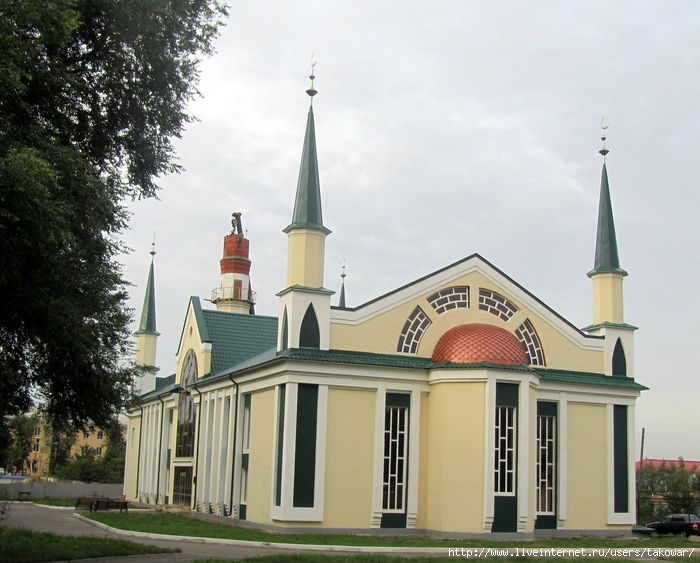 Buses, marshrutkas and trolleybuses cover the city limits, while buses and marshrutkas reach the suburbs. There are four stops for the electric train within the city as well. 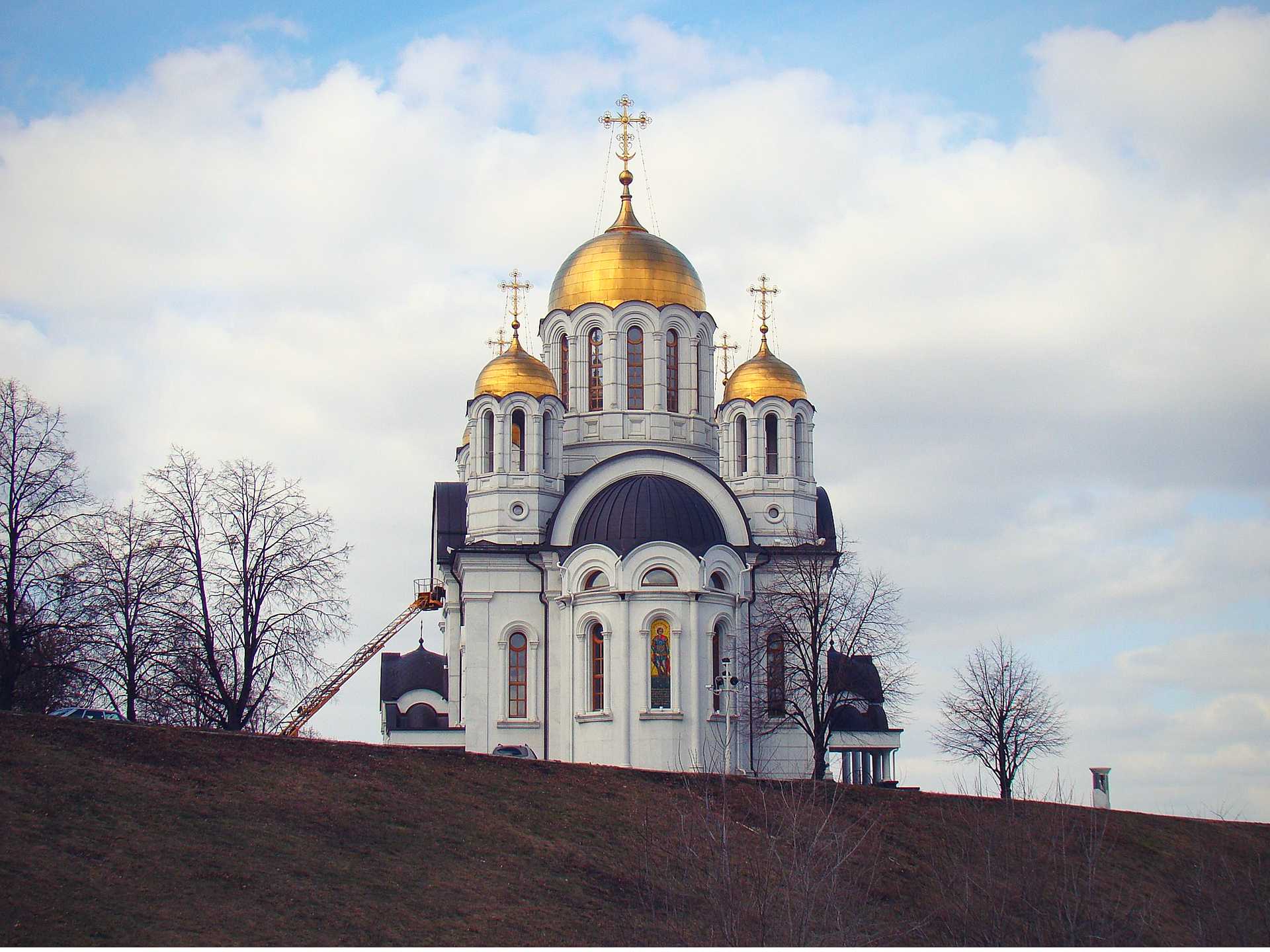 Due to the sunny skies and sometimes rainy days, a hat, sunglasses and umbrella are advisable. The esplanade – the banks of the Volga in Samara – showcases local culture in all its splendour in the summer. It is a great spot to swim, sunbathe, or enjoy a boat ride along the river. 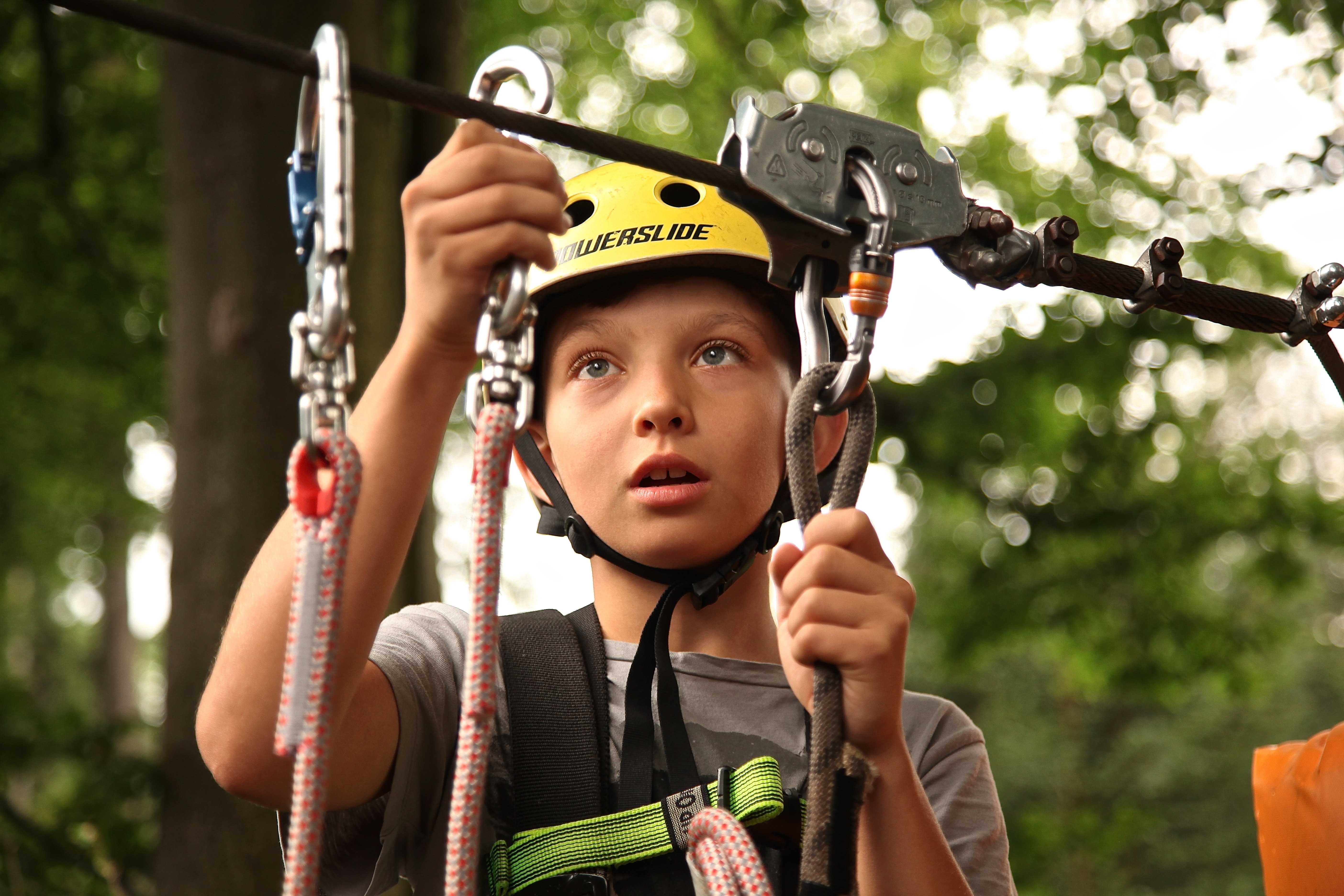 Galileo Edutainment Park is just as its name states: A fun way for children to learn, experiment and explore. Tarzania Rope Park focuses on the physical aspect of challenging children in a safe environment with different games and obstacle courses based on their age and height. They even have something for adults, making it a great place for some family fun.

Park Druzhby has the only roller coaster in Samara, so adrenalin junkies will surely head for it. It also has a children’s playing area, electric cars, trampolines, and grounds to play football and basketball, as well as an equestrian club. Nikolay Shchors Childrens’ Park offers plenty of amusement for children, as well as a serene place for adults to picnic or take a walk, as does Park Pobedy or Victory Park, the latter sporting fountains, playgrounds, cafés and a Ferris wheel. 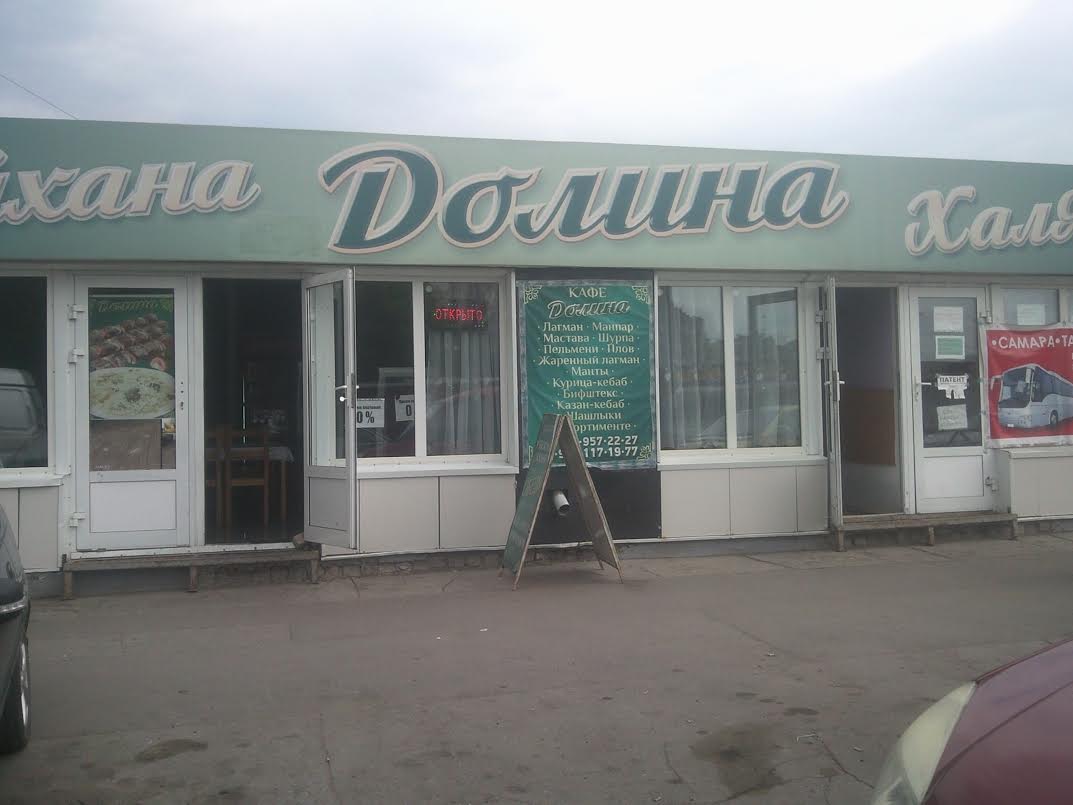 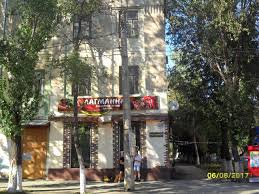 Samara’s Metro system is a single line with ten stations, and can be reached by trolleybuses. Buses, trams or trolleybuses can be used within the city. Electric trains are used to reach the more remote parts of Samara.

Nizhny Novgorod is the closest city to Moscow being only 3.5 hours away by train. It is also the third largest city in Russia after Moscow and St. Petersburg.

The Strelka (or “Spit”) is where the rivers Oka and Volga meet each other and is one of the most scenic natural observation decks. Besides the fact that you can see the distinct difference between the two rivers on a clear day, the Strelka is a land rich in historical significance. Its area is so great that it was once like a town itself inside Nizhny Novgorod. The FIFA World Cup match in Nizhny Novgorod will be played in Strelka, not to mention that the new metro station opening up right next to it will bear the name proudly, too. 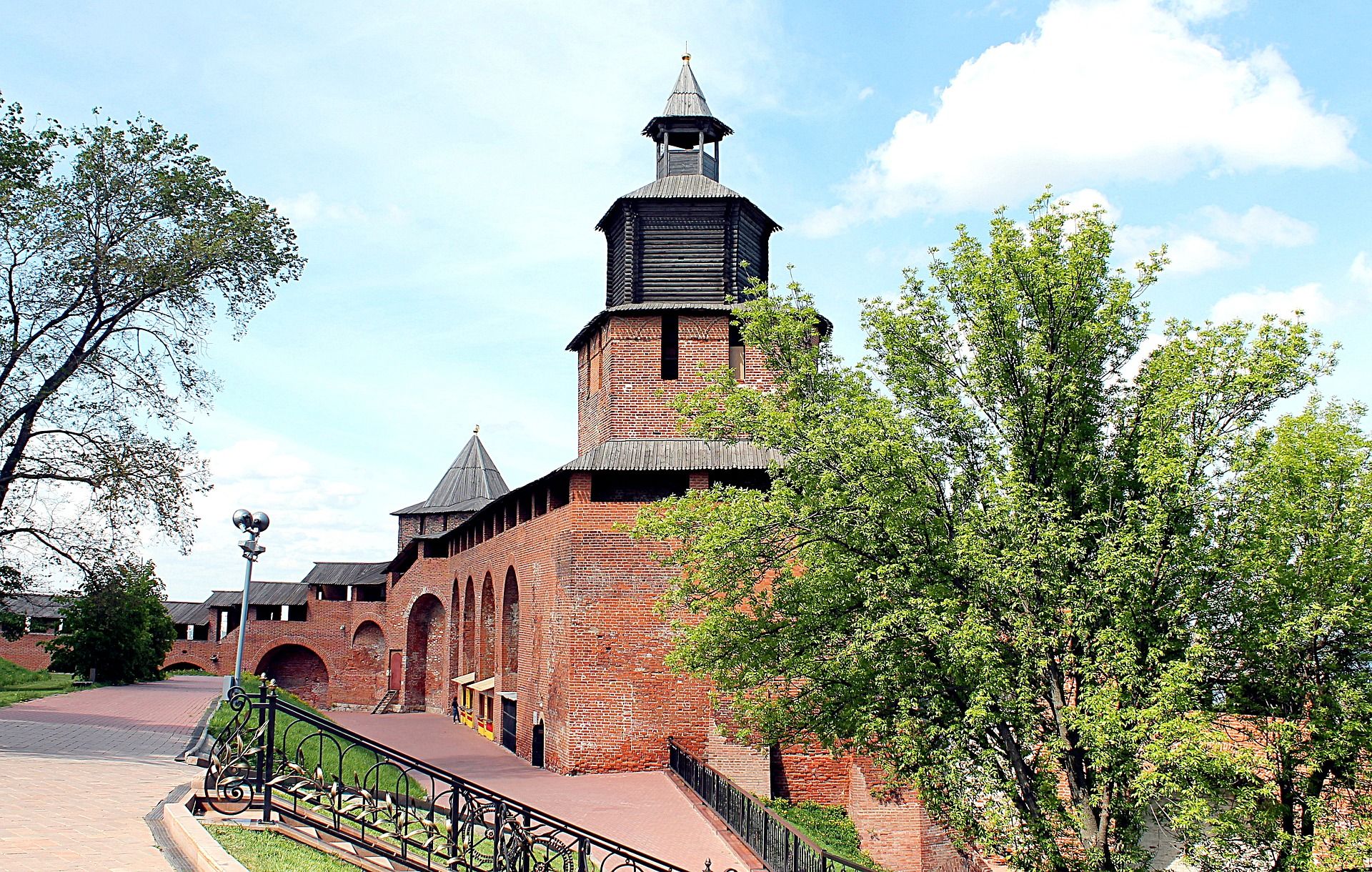 Nizhny Novgorod Kremlin is the most important landmark in the city. The founder of the city built it high on the banks of the Volga – for the view and security reasons – and today it serves as a landmark for every resident’s life. They come there after weddings to celebrate love, they bring their children there for New Year’s parties, and more. The Kremlin has 13 towers, none of which are built alike, which is an interesting architectural point for those who wish to see the difference. 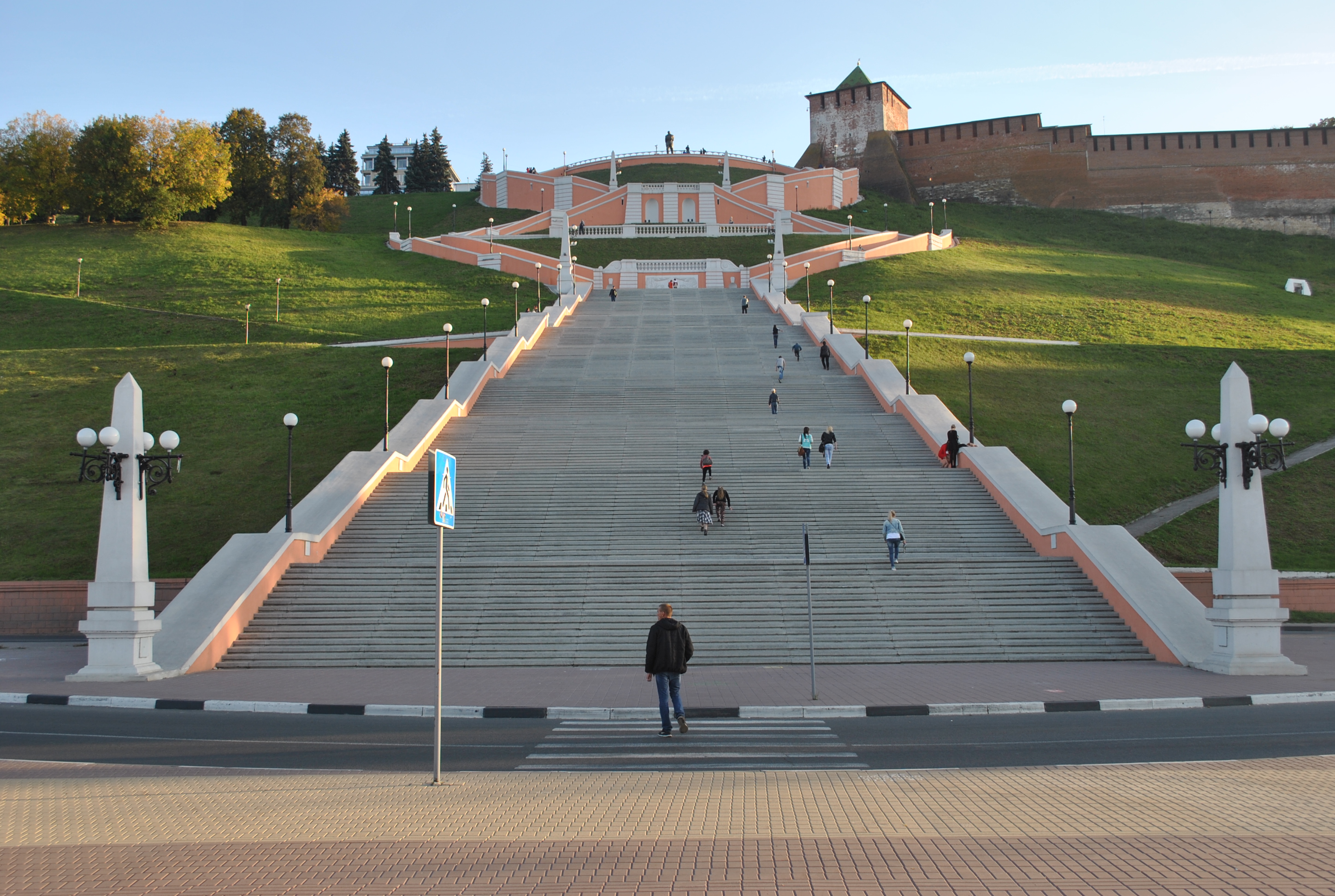 If you feel like you’re missing out your regular workout while on holiday, you can always head for Chkalov Staircase – an impressive figure 8-shaped staircase – and sprint up its 560-plus stairs. It was built to honour a local hero, and is a monument in itself.

Nizhny Novgorod Fair Exhibition Complex is an important place because the city made its name through its fairs and trading. The saying goes: “St. Petersburg is Russia’s head, Moscow is its heart, and Nizhny [Novgorod] is its pocket.” Viewing such a location is to be a immersed in a part of history.

The Metro Bridge only opened in 2009, but what is under it, a mill complex that belonged to the wealthiest family in the city, is a picturesque site that many filmmakers favour, and feature in their films.

There are a number of museums and religious places to be seen too, for those with an interest. 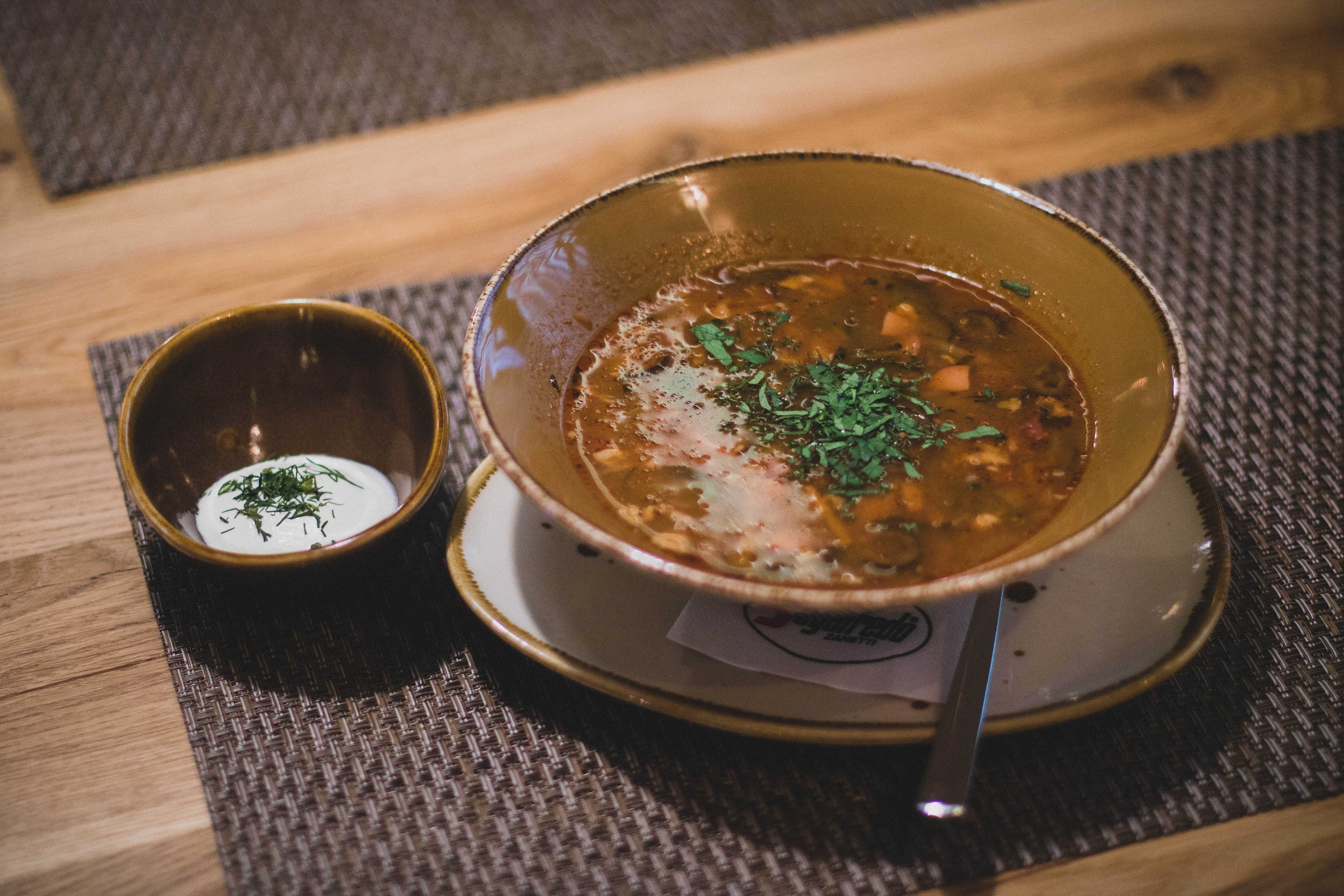 Halal Café Uzbechka's halal status was confirmed by the staff. The cafe usually opens from 8am to 11pm. Patrons mostly come in for lunch that the cafe offers. The cafe centralises on the Uzbek cuisine such as the Mampar Soup, Lyulya Kebab and a variety of salad to choose from. If you're popping by this cafe, give the Pilav Tashkent a try. The dish consist of traditional Uzbek rice and lamb, topped with carrots and chickpeas. 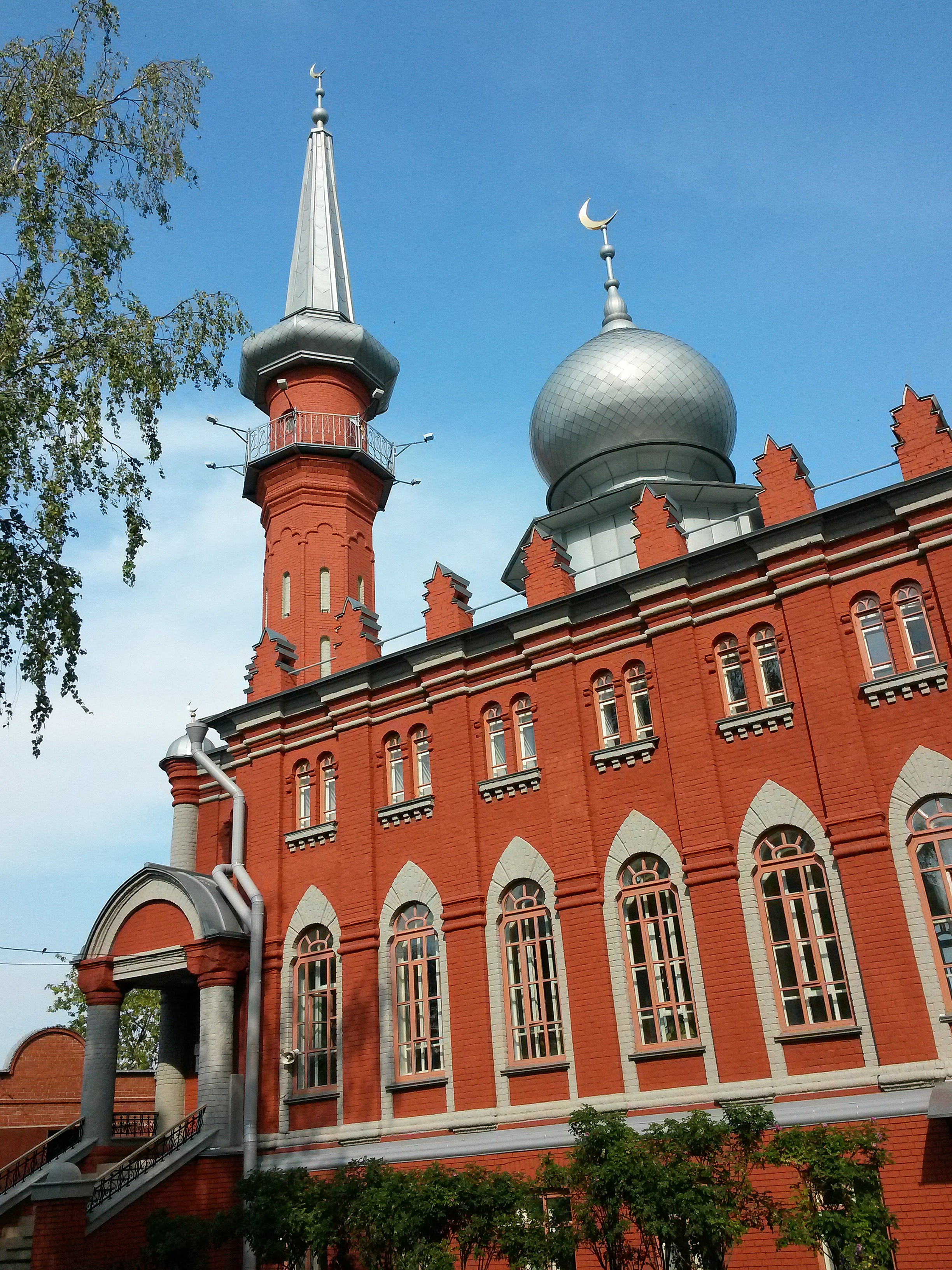 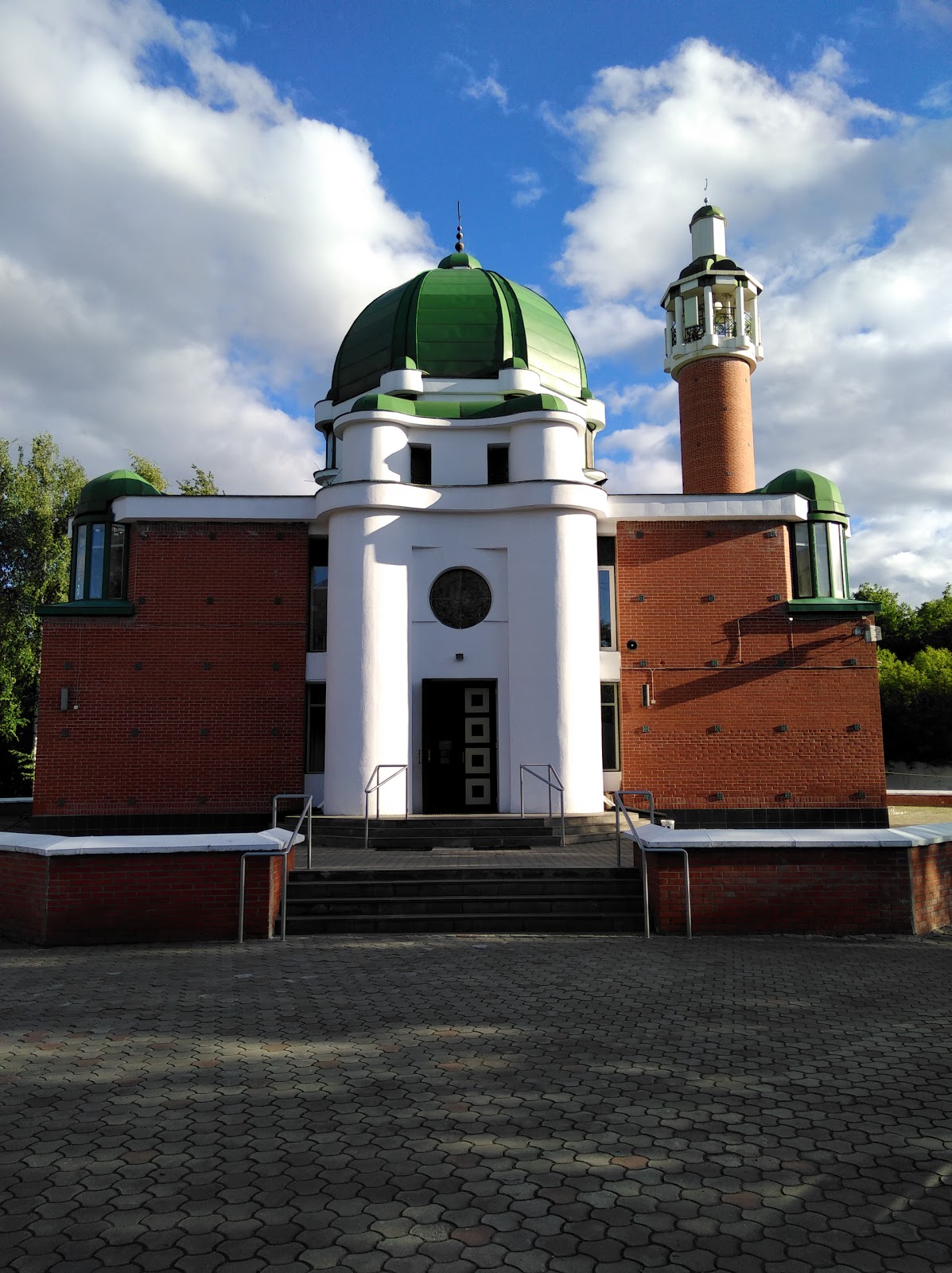 The best way to travel around is by bus, marshrutka, tram or trolleybus as Nizhny Novgorod was the first place in Russia to get tram service. They cover almost all the parts of the city, while the metro has 14 stations should you wish to visit near them, and the electric train is mostly used to get to the suburbs. The Nizhny Novgorod Cableway is the perfect way to get to the town of Bor from downtown Nizhny Novgorod, and it's also a great way to sightsee over the river.