Places You Will Visit During Hajj and Umrah

Muslims spend their whole lives eagerly awaiting the day they’re able to wipe clean past sins and achieve greater closeness to God by undertaking the pious act of Umrah or Hajj. With both the acts of worship holding quite a lot of significance among the Muslim community across the globe, every year, millions of Muslims aim to perform the spiritual journey of Umrah or Hajj.

In the last 2 years, millions of worshippers hoping to perform the once-in-a-lifetime trip were turned away disappointed when Saudi Arabia closed Hajj to foreign travelers for the first time in modern history, since Saudi Arabia’s Hajj and Umrah ministry was quoted as saying that this last year hajj, would also be limited to vaccinated people aged 18 to 65 from within the kingdom.

However, the gates to the spiritual journey of Hajj have been opened once again as it is now open for people from outside of the Kingdom, with a series of entry restrictions that is announced by the Saudi government for religious travel. In 2022, Hajj pilgrims must be under 65 years old and fully vaccinated against COVID-19 with a negative PCR test that is taken 72 hours before departure for the Kingdom.

Hopefully, these would be a positive light for us who always wanted to do Hajj, and while we're at it, the spiritual journey becomes all the more beautiful when we are able to visit the following places during Hajj and Umrah: 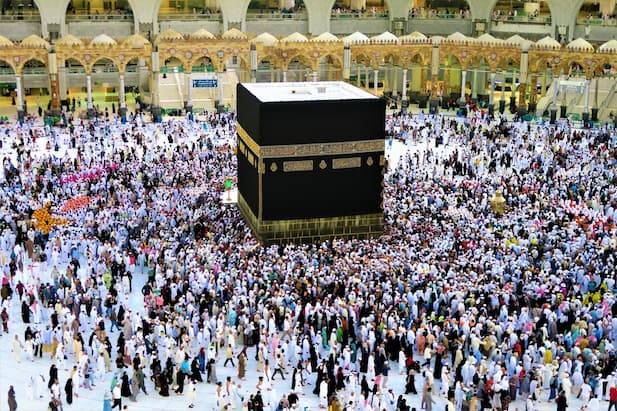 The heart of the holy city of Mecca, Masjid Al-Haram, houses Islam’s holiest shrine, the Kaaba. Also known as the Great Mosque of Makkah, Masjid Al-Haram is a necessity to visit during Umrah and Hajj, as both the pious acts start from Tawa’af around the Kaaba. Since Muslims offer all their prayers to Allah facing the Holy Kaaba housed in Masjid Al-Haram, the Mosque holds a special place in all Muslim’s hearts.

According to many Muslims, as soon as you set your eyes on it, the Kaaba’s greatness will connect you to God in ways you can’t imagine. Similarly, touching the Hajr-E-Aswad is, for many, the highlight of their pilgrimage, and it is a very, very lucky few that get the opportunity to kiss it. The oldest parts of this venerated structure date all the way back to the 16th century, and today, the modern building is part of a centuries-long tradition of development and expansion.

The City of Tents: Mina 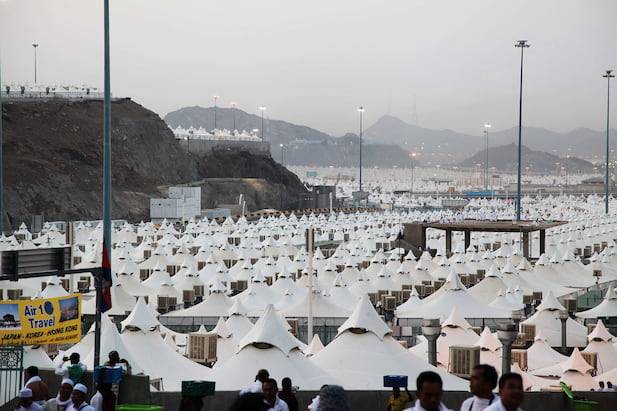 Situated about 8 KM east of Masjid al-Haram, Mina is where you’ll be spending most of your time during Hajj! Often referred to as the City of Tents, Mina has been built to house pilgrims as they stone the devil in a symbolic reenactment of Prophet Ibrahim's (AS) stoning of the devil during the spiritual journey of Hajj.

Owing to its location and the sheer number of pilgrims that visit during Hajj, Mina and its surrounding area, particularly the Jamarat Bridge, are particularly prone to stampeding, so it’s extra important that you take care and move with caution. However, when visiting Mina during Umrah, you’re free to roam about your way, as there is little to no traffic around the area. 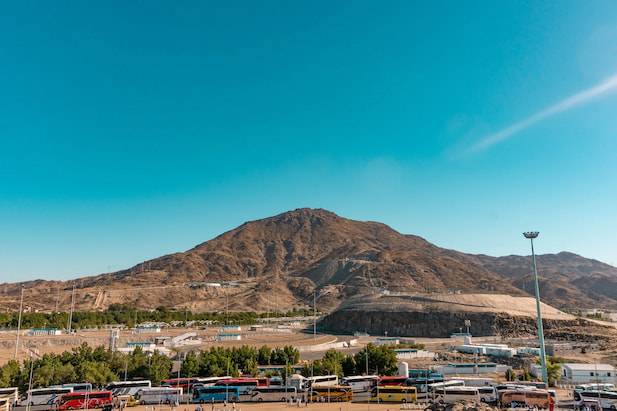 Mount Arafat, or ‘The Mountain Of Mercy’ is perhaps the most sacred rite of passage in all of the Hajj. The Prophet Muhammad (PBUH) stood and delivered his Farewell Sermon, also known as the Khutbat al-Wada', on this very hill, and it’s also where Adam and Eve reunited on Earth following their fall from Heaven.

During Hajj, a sermon is performed here, for all Muslims to gain knowledge. Visiting Mount Arafat is probably one of the most significant experiences for all Muslims alike, precisely because this is the very place where all of humanity will be resurrected on the Day of Judgement.

So, if you’re planning on visiting Mount Arafat during your visit to Saudi Arabia for Umrah, be sure to stand on the plains of Arafah and make lots of du’a, focusing all your energy on Allah (SWT) 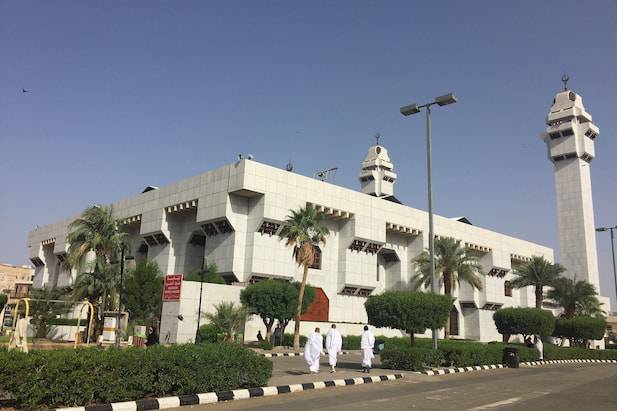 Located in Makkah, Masjid-e-Aisha, also known as Masjid-e-Taneem, is one of the largest mosques in the city. It holds its significance as the starting point for the sacred state of Ihram; hence, most pilgrims visit Masjid-e-Aisha to begin their journey of Umrah or Hajj in the state of Ihram. 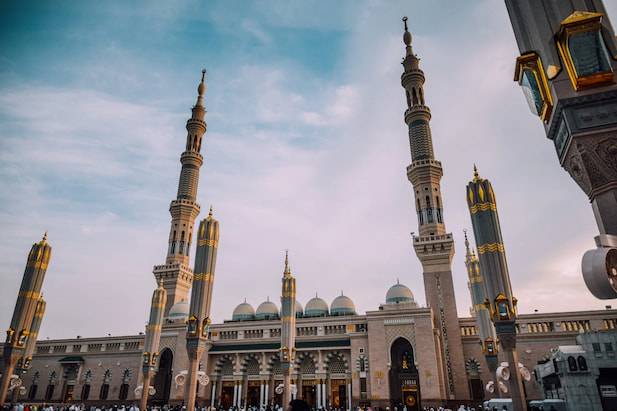 Located in the holy city of Madinah, where the Prophet (PBUH) chose to spend most of his time, the Grande Mosque of Masjid an-Nabawi is one of the most sacred places to visit during Hajj and Umrah. Although not a necessity, the majority of the Muslims performing Hajj and Umrah chose to pay their respect to the resting place of their beloved Prophet (PBUH).

During your visit to Masjid An-Nabwi, you will find Muslims indulging in acts of worship throughout the day, be it early morning or the middle of the night. A sense of peace prevails in the city and the area surrounding the Mosque.

The Jabal an-Nour: Cave of Hira 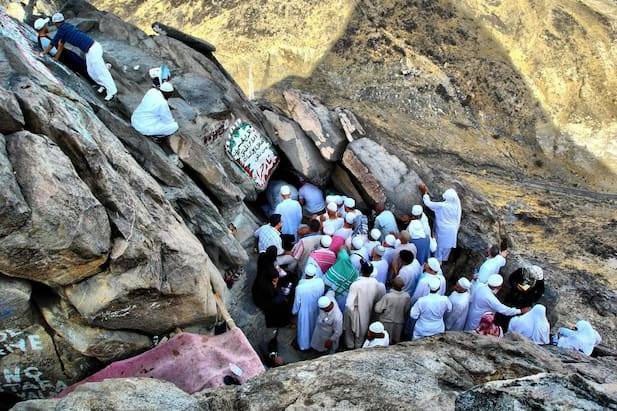 The Jabal an-Nour, 'Mountain of the Light' or 'Hill of the Illumination,’ is the mountain near Mecca in which the Prophet Muhammad (PBUH) received his first revelation, which consisted of the first five ayats of Surah Al-Alaq from the angel Jibra'il. The revelation came to the Prophet (PBUH) during his hours of solitude at the Cave of Hira, housed in the Jabal an-Nour. Hence, the significance of visiting a site so close to the essence of Islam is a pivotal part of most Muslim’s journeys. Although the mountain itself is no more than 2100 feet tall, the hike up to the cave can take anywhere from between 1-2 hours, and you must be well-rested and hydrated beforehand.

Other Significant Mosques to Visit 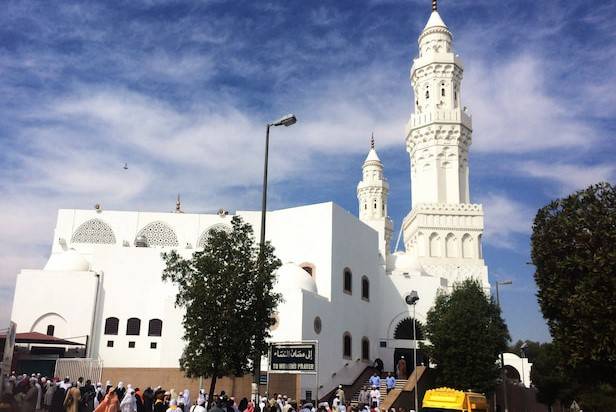 Being a Muslim State, Saudi Arabia is full of some of the most beautiful Mosques around the world. Masjid Al-Qiblatayn is one of the largest Mosques situated in the Holy City of Madinah. It holds great significance in Islam, especially as the Prophet Muhammad (PBUH) visited the mosque, ordering the change in direction of the Qibla to Mecca from Jerusalem. 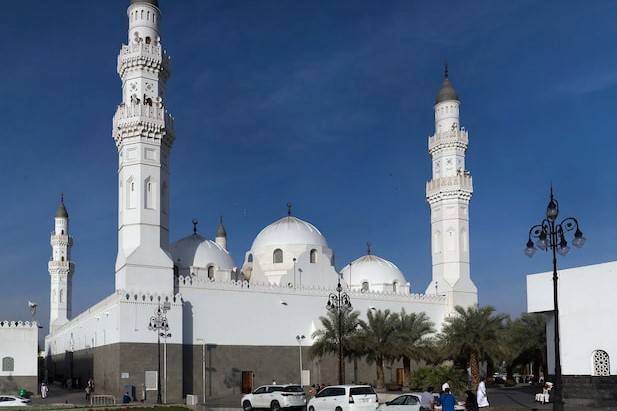 Another Mosque to add to your trip’s visits is the Masjid Al-Quba. The mosque is notable for being the first Masjid in the history of Islam, making it one of the most sacred places to visit during Hajj and Umrah alike.

And that’s all for places you are likely to visit during Hajj and Umrah. Be sure to explore more sacred sites and Mosques while you have the chance! For more destination ideas, check out our travel blog to find locations of Halal restaurants and Mosques near you.