As international travels continue, some might consider traveling to different countries and in the end, got confused about where to travel. Here's an in-depth story and experience of one of our writers regarding her travels during island hopping in Thailand with kids!

1. Island hopping in Thailand during the rainy season

How do you go to Phuket and not go island hopping? The two most popular island trips are Bond and Phi Phi Island actually pronounced Pee Pee. Unfortunately, due to the weather, because we came during their rainy season, we were only able to do one. Would I suggest coming in the rainy season? Typically, the rainy season is from September to October but begins as early as June. During our trip in July, we did experience rain but it's not a constant throughout the day kind of rain, it's a gentle 5 - 10 min shower which is actually a relief from the scorching heat and humidity and within 10 mins of the shower it would seem as though nothing even happened. Despite the rain though things still carry on and you can still enjoy the island. 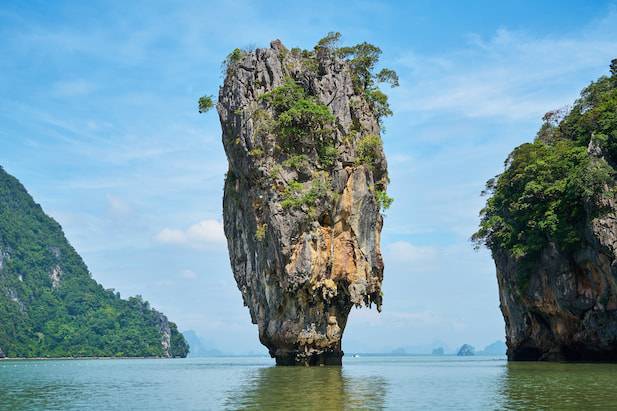 The only drawback I would say would be not being able to visit all the islands however Bond Island is still possible because unlike Phi Phi that's in the ocean, Bond Island is in a cove which is gentler and thus makes the experience more pleasurable. For a trip to the island children under 4 are free and adults vary at about 3000 Baht depending on your tour operator. Tour operators are in abundance but I would strongly suggest that you take a reputable company, especially with kids because the last thing you want on your holiday is to be stranded on an island with a company that isn't equipped for the journey. Our tour operator suggested we visit Bond Island because the activities are a bit more child friendly and it truly was a wonderful day out. Fortunately for us, the weather was also in our favor. The tour started with an 8 o-clock pick up from our hotel to the Phuket Marina. The marina is a bit chaotic as this is the meeting point for all island tours. Something to be weary of if going to Bond Island is to purchase scuba shoes before the trip. The brochure recommends a number of items to bring along but fails to mention that scuba shoes are required for snorkeling and that you can get cut while crossing the coral reefs. As a result, many including my family fell victim to this ploy and in a moment of panic bought the shoes at a whopping 400 Baht each. To add to your already existing fear you are then shown pictures of people who have been injured so are very easily swayed into buying the shoes.

The groups are not massive and about 30 people join the excursion per trip. I would suggest taking a speedboat as it's faster and taking the seat right at the back of the boat. Although it's a bit noisy the front can be torturous due to the intense heat and from the sides, you don't really get the best views. At the rear of the speedboat, you see everything without being hindered by other travelers and it's much cooler. The first island that you visit is Bond or Khao Phing Kan island where the famous bond movie - The man with the golden gun was filmed. The island allows for great photo opportunities and has a mini market on the island. The sellers though can be a bit persistent and are overpriced so I would suggest you rather go to the malls for your souvenirs. However, the one item you should buy is the pearl trinkets which you don't seem to get elsewhere easily. The boat stops for about an hour but the heat and humidity if you are not used to it can be a bit intense and although you can cool off in the water, returning to the boat comes as a welcomed relief. 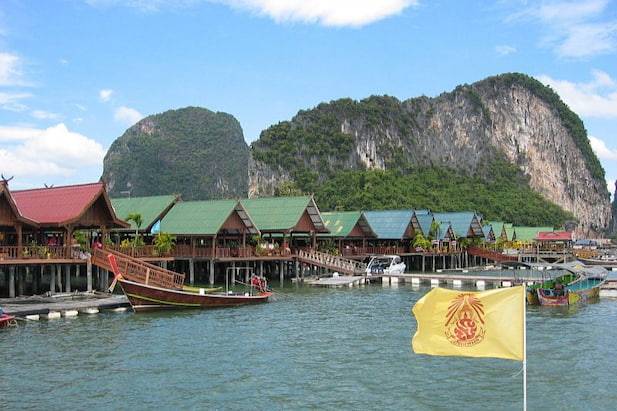 Next, you stop at Koh Panyee, a Muslim fishing village completely built on water. At the village, you enjoy halal Malay cuisine and get to tour the village for about an hour. The village has the most beautiful masjid accessible to both the local community and tourists. Through the island you find vendors hoping to make a sale and I would suggest if you are purchasing rather buy your goods from them as they are not as persistent nor do they insist that you buy something from them. Additionally, the island houses a fully functional school with a floating football ground. A very interesting fact about the island is that during the 2014 tsunami, although the island has a somewhat fragile foundation and is completely surrounded by water, the only after-effect they encountered was a slight wave only reaching 1m high. I told my son that that was the mercy of Allah as only Muslims live in this floating village.

After lunch, you'll head to Hong Island for canoeing and enjoy the spectacular scenery while exploring the limestone caves. Thankfully with kids, we didn't have to row our own canoe but were ferried through the caves by an expert rower. The canoes are relatively safe and child friendly but children are encouraged to water life jackets throughout the trip. Also, there are many instances where you will need to bend backward while maneuvering through the caves but for kids, this doesn't pose any difficulty at all.

After Hong Island, the last spot is Naka Island where you get to enjoy about an hour of snorkeling. Again, the water is relatively calm so kids as young as 5 years old can enjoy the activity. However, this is where the coral reef makes an appearance and you are likely to get cut or at least bruised as the tide ebbs and flows. On the island there's a drinks bar however the prices are a bit steep and you can enjoy a deck chair but it will cost you an additional 200 Baht. If you intend on staying for a while the price is reasonable but for the limited time that you are on the beach, it's not really worth it. Around 5 pm, the tour heads back for the mainland where you are shuttled back to your hotel.

All in all the trip is well worth it, especially with the unlimited supply of water and soft drinks offered on board. A hospitable touch includes the fresh fruit and cookies offered by the tour guide. At the beginning of the trip, you are also given the option of including a 1000 Baht photo package where an accompanying photographer takes pics of you and your family throughout the day. The pictures though are only 100 pictures and are emailed to you so although it is a memory, I feel that your phone can do the exact same thing for free but it's obviously a personal preference.

Do make sure that you see at least one of the islands because although a bit pricey it's very much worth it.

Tip: due to the inclement weather we didn't get a chance to see Phi Phi however from discussions with many other tourists we found out that Phi Phi is not very child friendly as there is a lot of deep-sea snorkeling and boat jumping into the open sea.