10 Reasons Why Every Muslim Traveller Should Visit Mauritius

Mauritius is a tropical island situated in the Indian Ocean and is famous for its beaches and diversified gastronomy and culture. Those who come to visit this island are often taken on a roller coaster of fusion of cultures. East meets West on this island and you're sure to discover much more than the history of an island that has undergone so many events.

Ready for a ride? Buckle up!

1. All the Culture and Festivals 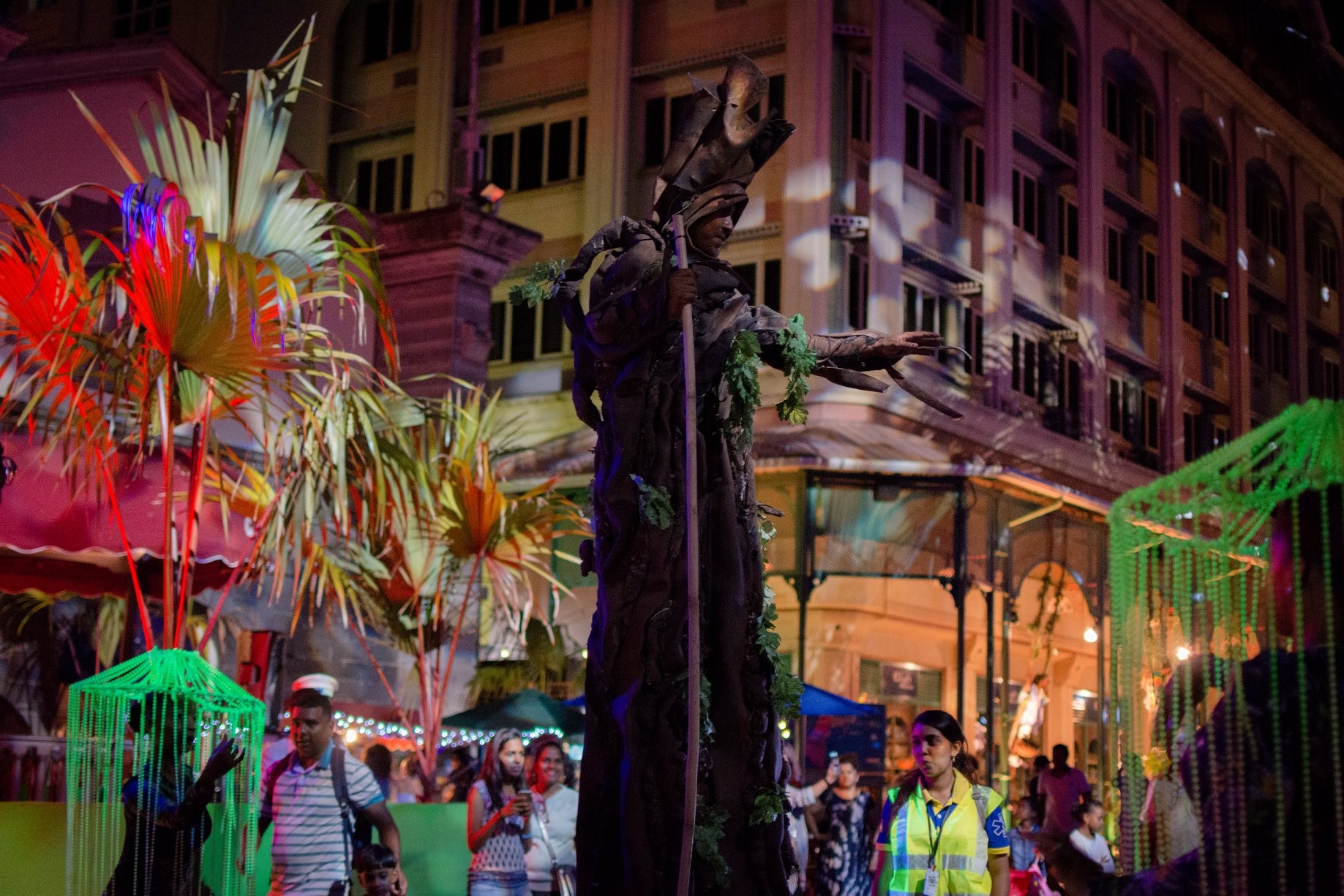 The Mauritian land is a fusion of cultures on a single island. Its diversified culture is one of the main attractions where you get to discover the different festivals and the beauty of sharing. Throughout the whole year, Mauritius is in a festive mood. Kickstarting the year is the Chinese Spring Festival in the capital, mainly in China Town where locals, as well as tourists, discover the Chinese culture in the streets of the city. The light festival is another event that cannot be missed. PORLWI by Light is an annual event that invites artists, designers and creative people to unleash their art on the walls of the city under a breathtaking light display. 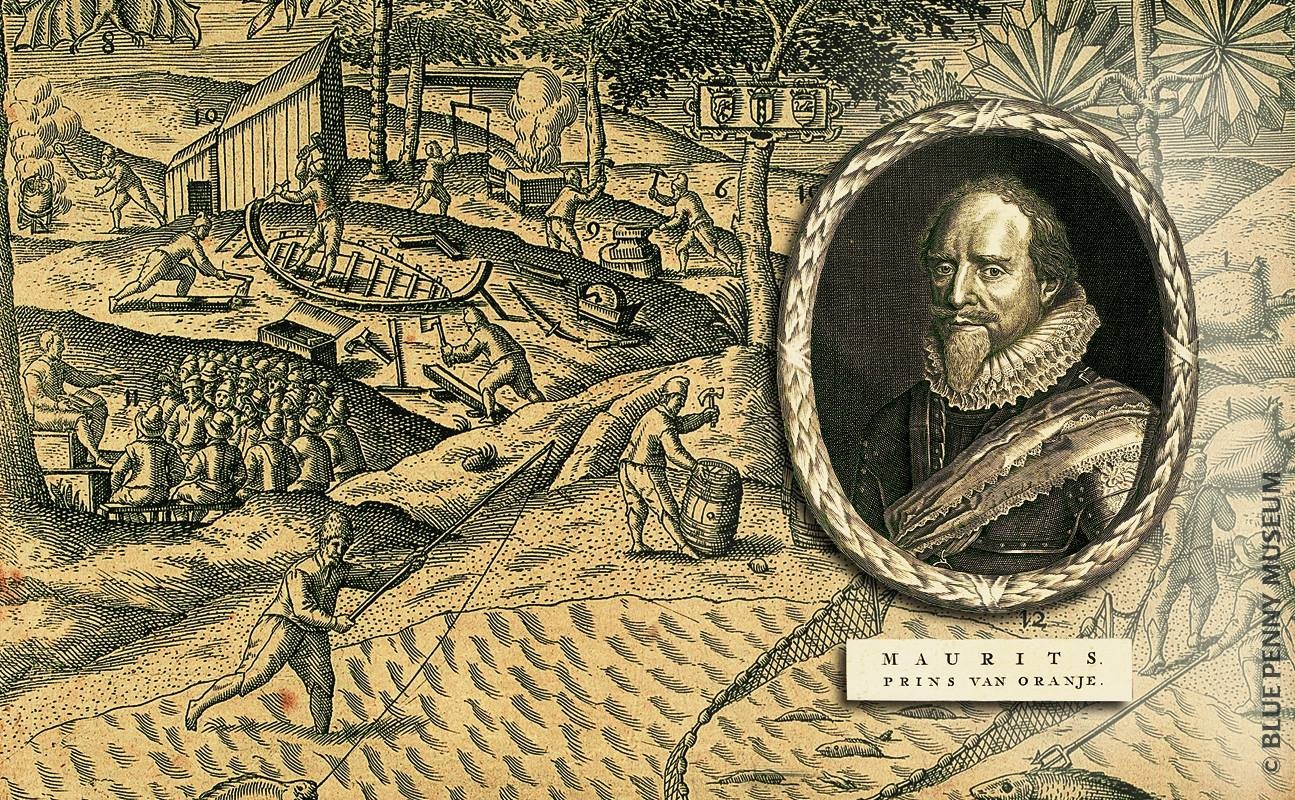 Mauritius has a rich history that is full of events and battles. Throughout the ages, it is widely known that the Arabs were the first to discover this island that is located in the Indian Ocean. Sometime later, it was visited by the Dutch, who managed to accidentally wipe out all the Dodos - for meat. The island was then named after the captain of the Dutch: Mauritz Van Nassau. When the Dutch entourage left, the French settled in and initiated the development within the island, starting with the capital of Mauritius, Port Louis.

A few years later, the British returned to bombard the French. After a lengthy battle, the French surrendered and left the island under the possession of the British. Traces of these battles are still kept alive in Mauritius in several museums and tourist sites. The Blue Penny Museum found in the city of Port Louis has kept many objects which belonged to the British and French. If you're passionate about battles and conquests, you'll definitely discover that Mauritius is in fact, an island of historical treasure! 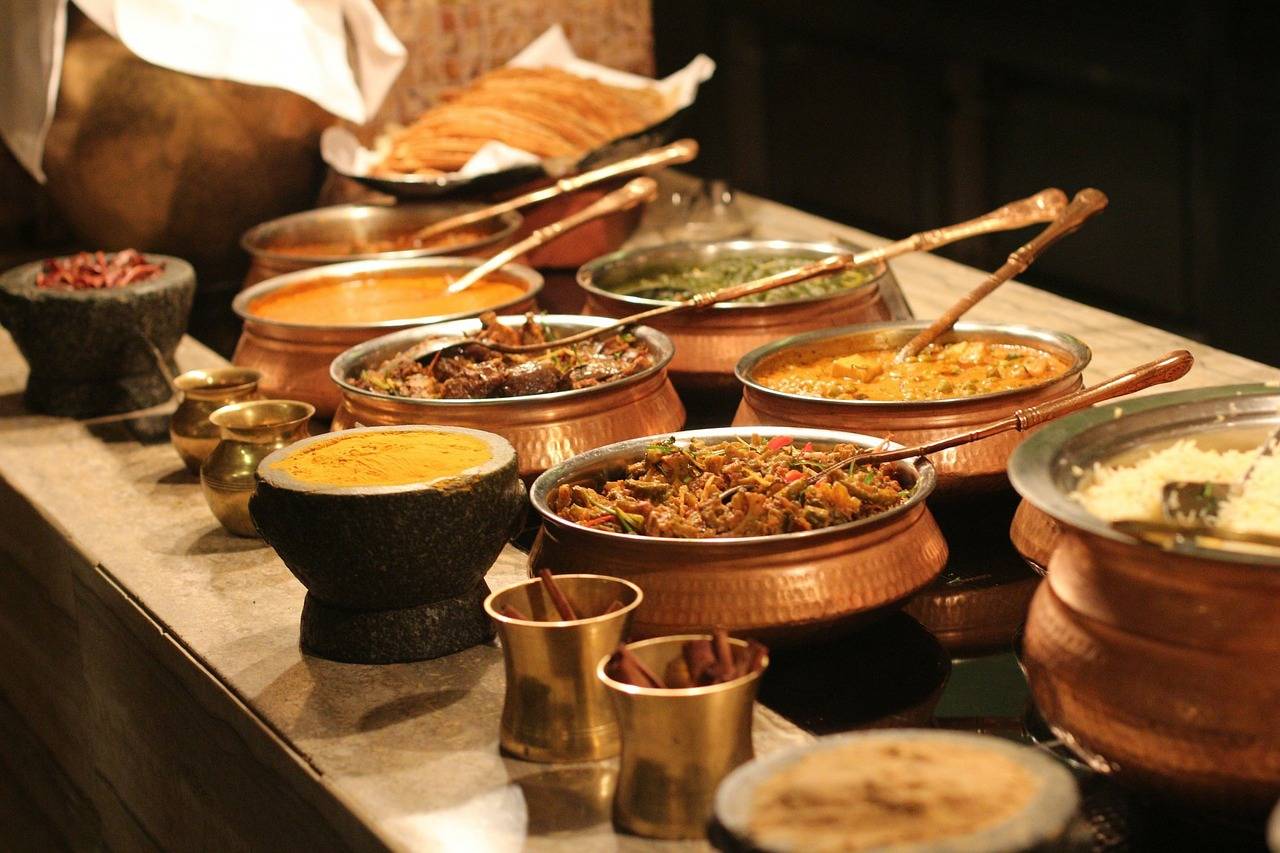 The culture of Mauritius is not only discovered through its history and people, but it is also developed through its gastronomy. This island offers a very exotic and colorful cuisine. You could opt for an Indian roti in any restaurant, find lavish 'Briyani' or even fried noodles. The richness of its cuisine is one of the main attractions for tourists who usually enjoy the flavors and fusion of Mauritian cuisine. The best part about it? Almost all the restaurants are Halal certified.

With the majority of the population being Muslims, finding a Masjid to accomplish your Salah would not be a problem. Almost every place you'll visit in Mauritius has a Masjid or a prayer room where you can stop by to do your prayers. The capital of Mauritius is home to two of the oldest Masjid of the island. 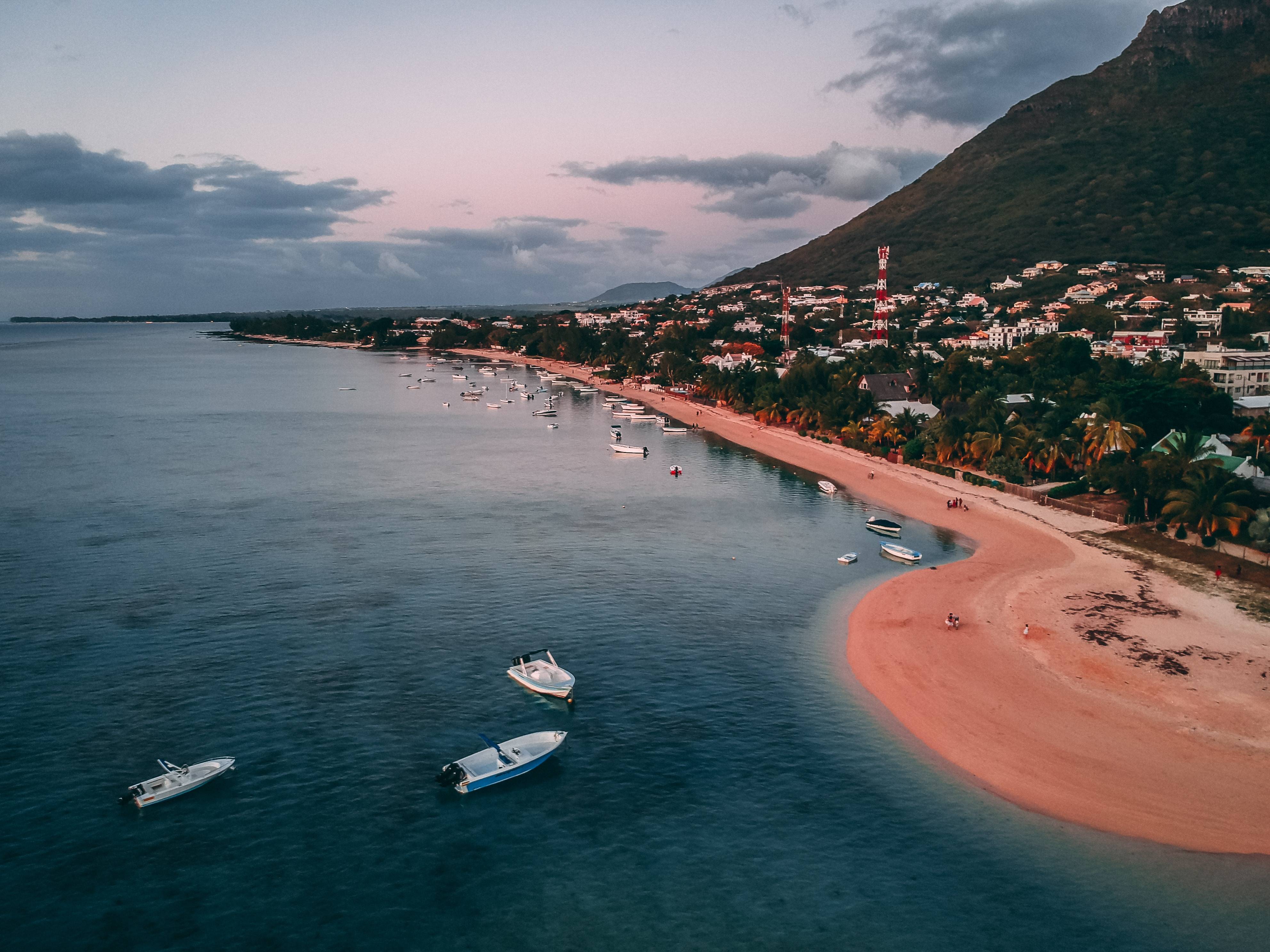 Surrounded by sea, Mauritius possesses a plethora of beautiful beaches. During summertime, it represents the opportune time for a swim. The northern region of the island is host to many amazing beaches which offer a variety of water sports. Skiing and tubing are activities that are popular among tourists. Also, if you're a fan of breathtaking views, parasailing is the ideal activity for you. Flying in the sky and admiring both land and sea, what more could you ask for? Preserved in its natural state, the Black River Gorges Nature Park invites its visitors into the wildlife to discover breathtaking views. Nature lovers and hikers will be taken on an unforgettable journey deep into the forest. Just remember to be well equipped and have your water bottle handy. 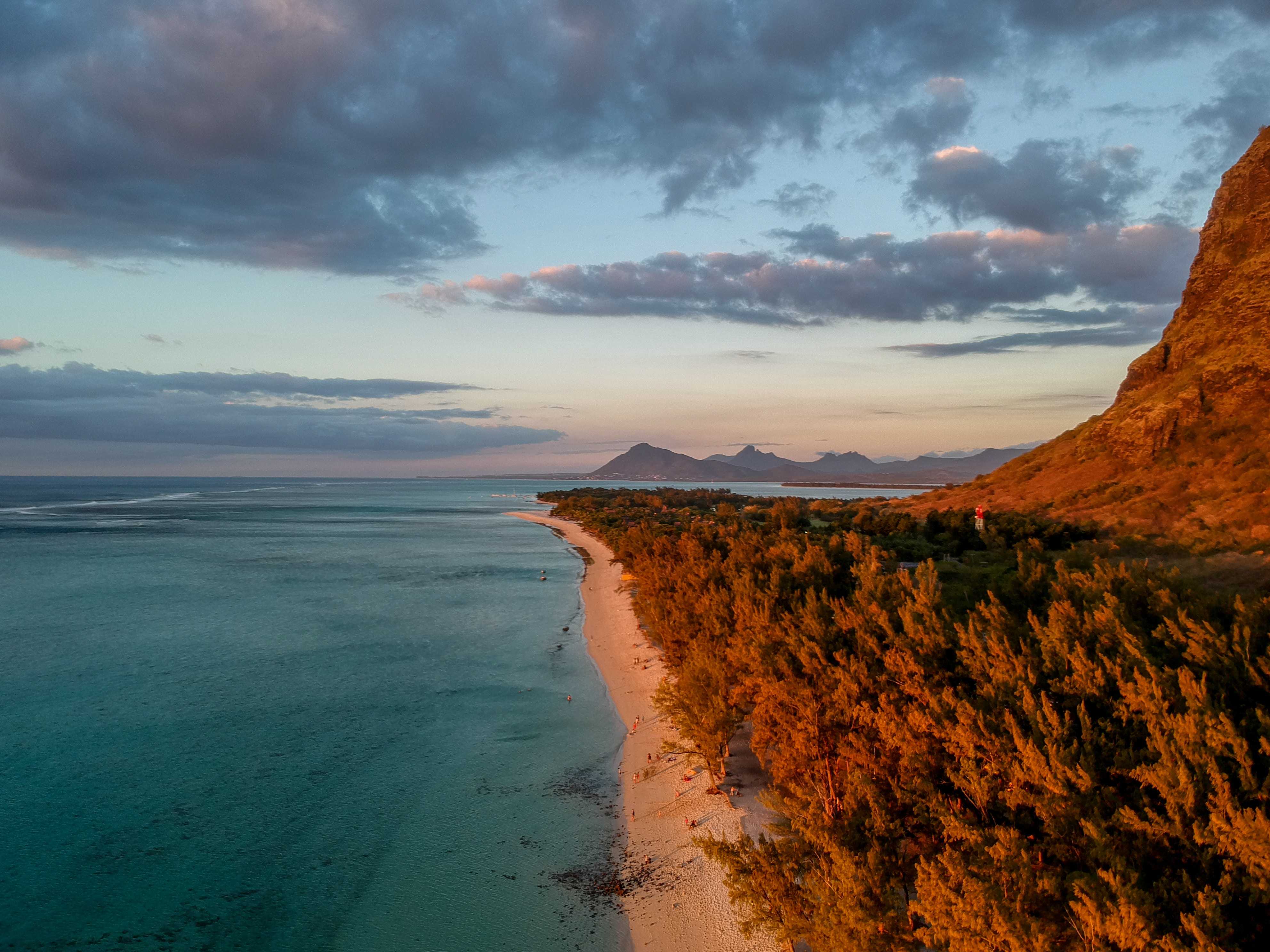 Mauritius is now part of the UNESCO World Heritage Site with two sites added to its list, namely Le Morne Brabant and the Appravasi Ghat.

Situated in the South of the island, Le Morne Brabant used to be a shelter for the maroon slaves who fled due to the harsh treatment of their masters. As a symbol of freedom to the slaves, this mountain has been added to the UNESCO World Heritage Site and offers an unforgettable hiking experience to those who wish to discover it.

The Appravasi Ghat is the Immigration Depot where the first laborers that came from India, Eastern Africa, China, and SouthEast Asia landed. Preserved through the years, it is still one of the main attractions of the island. A symbol of traditions, the Appravasi Ghat will definitely aid you in your understanding of the fusion of culture in Mauritius.

The seven colored earth of Chamarel is another famous attraction in Mauritius that has made more than one curious. With it's red, yellow, green, violet and indigo colored sands, Chamarel embarks you on a colorful journey that you won't forget anytime soon. 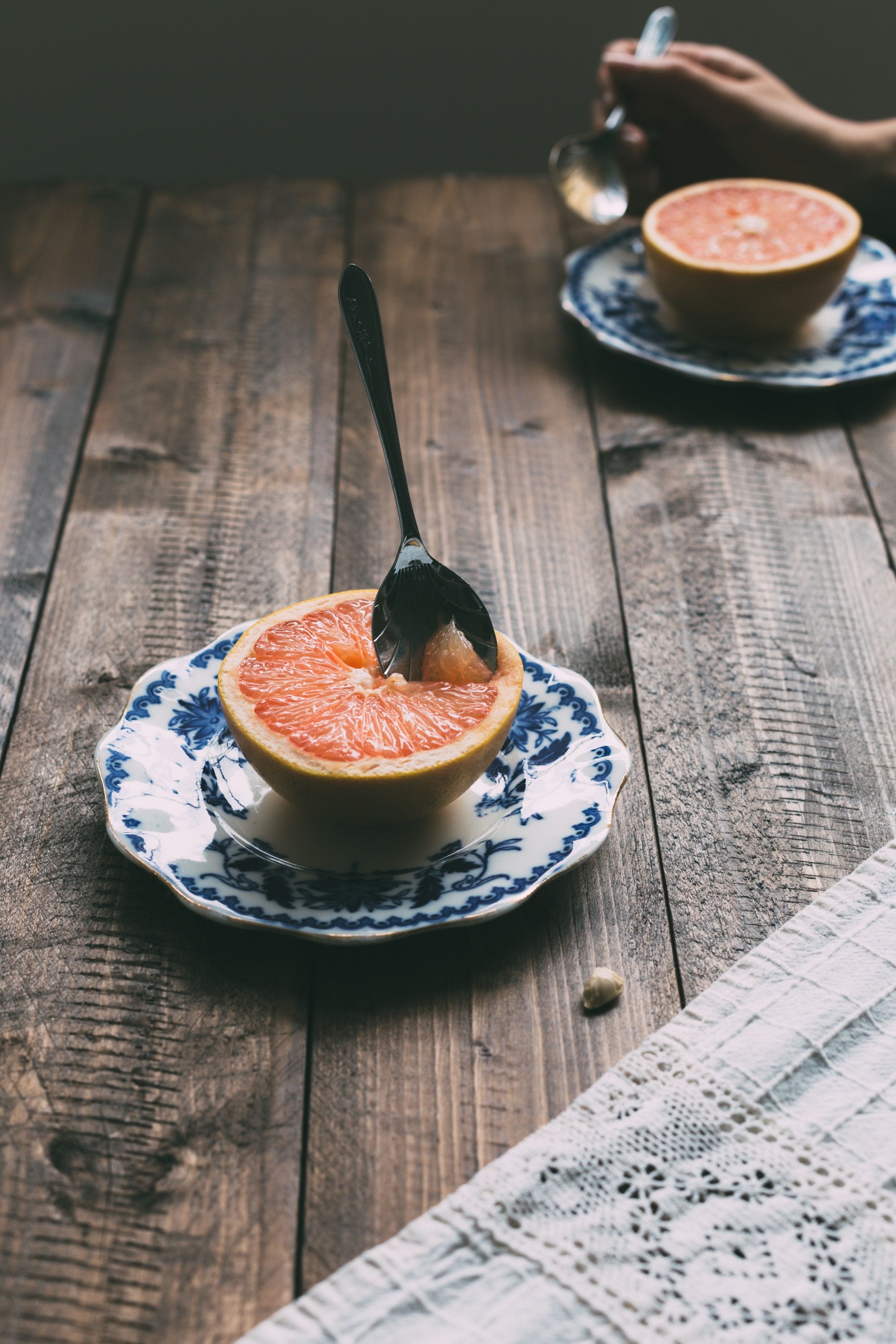 Juicy mangoes, sweet litchis, and bittersweet star fruits are just a few of the exotic fruits you can enjoy in Mauritius. During summer, the mango and star fruit are often served as fruit salads along with pineapple and topped with tamarind sauce. This fruit salad happens to be a real explosion of taste and if that isn't adventurous enough, the daring ones can add some chili to it as well.

Mango is also served as sorbets, caramelized or fresh juice. Citrus fruit lovers will discover the Pamplemousse, which represents a big citrus fruit. And if you are a lover of berries, you will be able to discover the local variants served with sugar sprinkled on it! 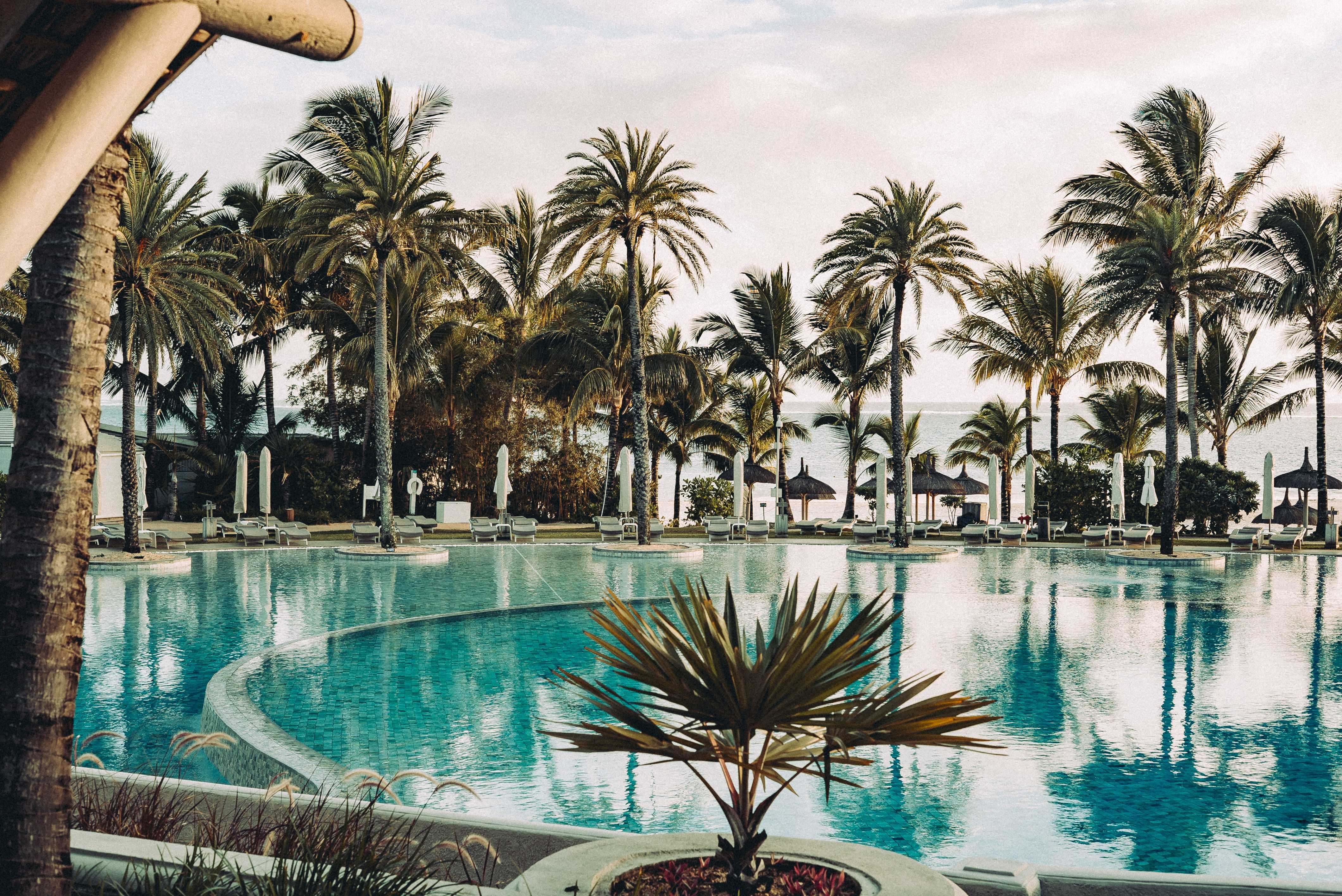 Whether you're traveling alone, with friends or planning your honeymoon, Mauritius is the ideal spot if you want to enjoy the beautiful weather, sandy beaches, and hotel facilities. Holiday packages and deals are offered all throughout the year, especially during summer time where you can get to choose between a wide range of aqua sports for your leisure as most of the hotels are built in coastal regions. If you're looking for a relaxing time under the shade of trees and enjoying amazing views, then Mauritius is definitely the place for you!