Top 9 Holiday Destinations in Spain That You Need To Visit

Everyone needs a plan to roll out and get some fresh air after the pandemic. While we all have big plans to resume our travel plans, we need to be sure that we adhere to health safety protocols.

Famous for its matador show, Spain continuously attracts tourists for its historical monuments, beautiful architecture and vibrant culture. That includes the history of Islamic civilisation in Spain. Spain is a huge country with so much to experience and explore.

So get off your couch and start putting together your dream itinerary to discover the beauty of Spain with your family. But first, apart from coffee ☕️, take a look at the 9 best holiday spots in Spain! 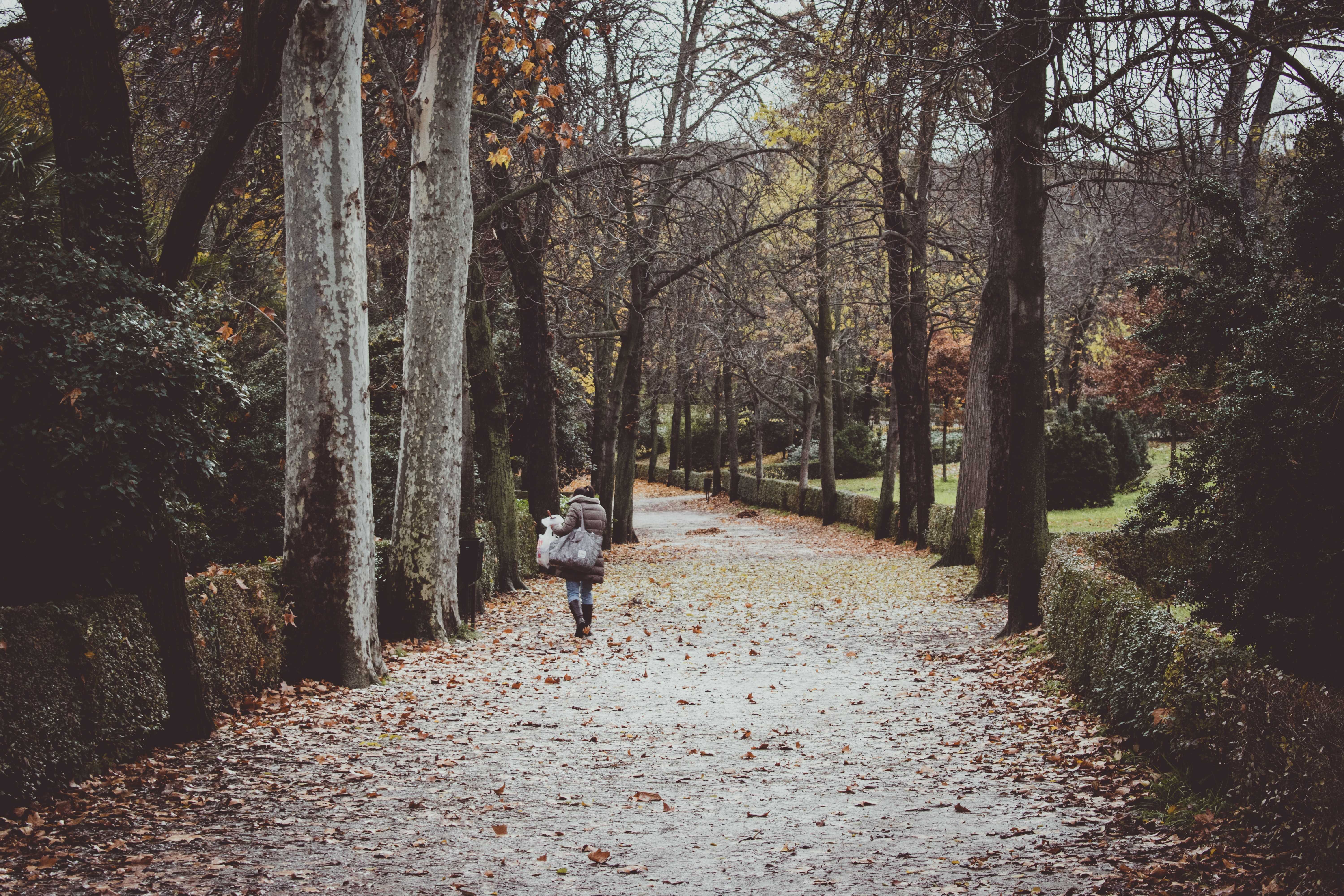 Comprising of interesting monuments, fabulous sculptures, and gardens, kick start your day at Retiro Park by doing some fun activities like working out at La Chopera Municipal Sports Center, stroll around the park and discover the history behind the admirable Jacinto Benavebte Statue, La Casita del Pescador, El Paseo de las Estatuas, and The Royal Observatory of Madrid or you can simply lay a mat in the park and people watch while enjoying your brunch!

This well-preserved park is home to a beautiful lake where you can rent a rowing boat. Be sure to spot the gorgeous Alfonso Martinez Monument while you’re at it! Near the rose garden you will discover the Statue of The Fallen Angel, 666 meters above sea level, symbolising the devil. The fountain is surrounded by devil-like creatures, spouting water from its mouths.

For art lovers, you must have a look at Velázquez Palace and The Crystal Palace that hosts a contemporary art exhibition, monographic art exhibitions of different artists from 1900, and enjoy its remarkable interior! 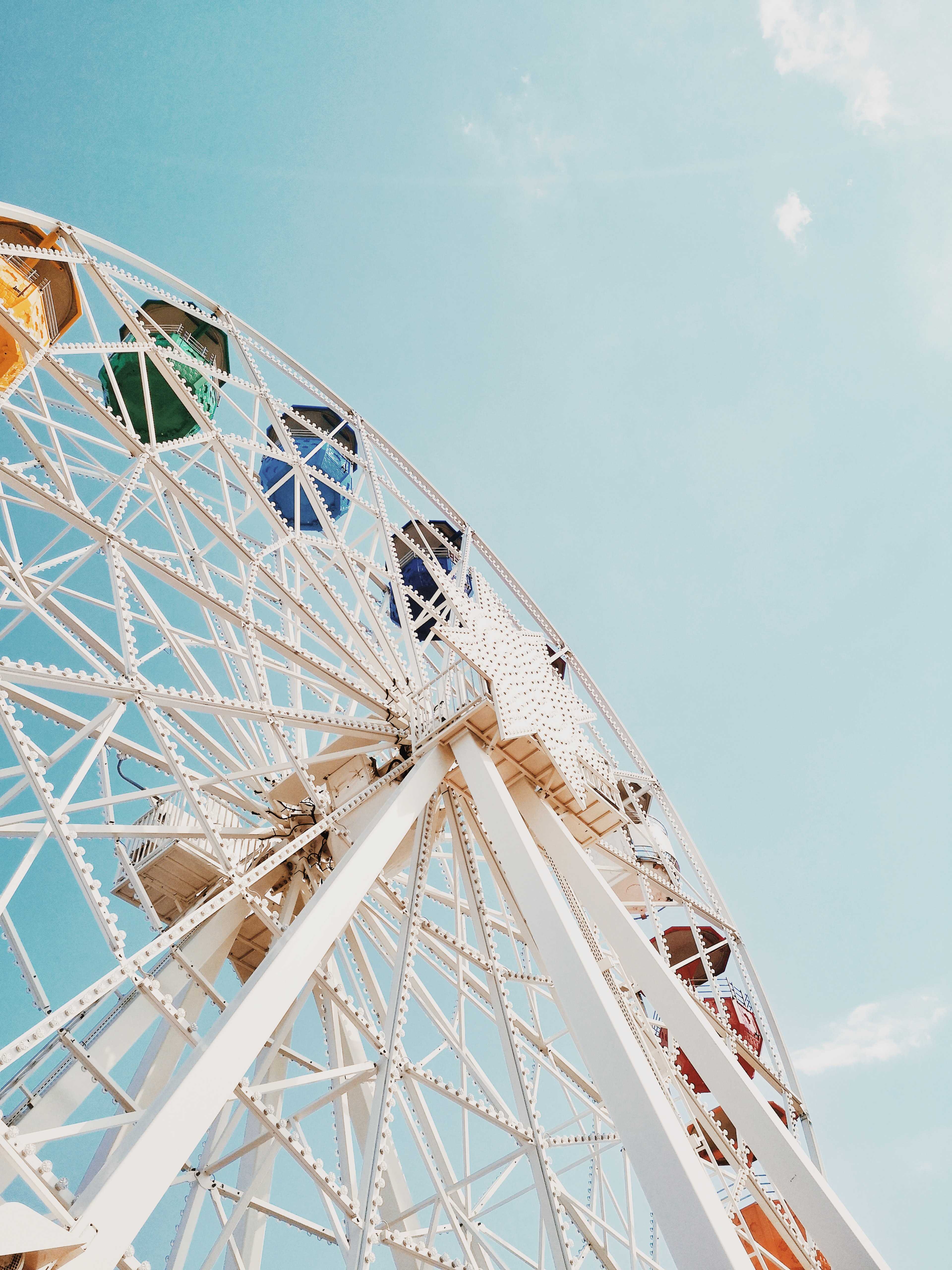 Don’t miss out on the park’s most famous ride – Avió. Feel yourself ‘fly’ in the air in an aircraft replica! Next, get on the ride on Muntaya Russa, bringing you more than 500m above sea-level and the best view of Barcelona from above. 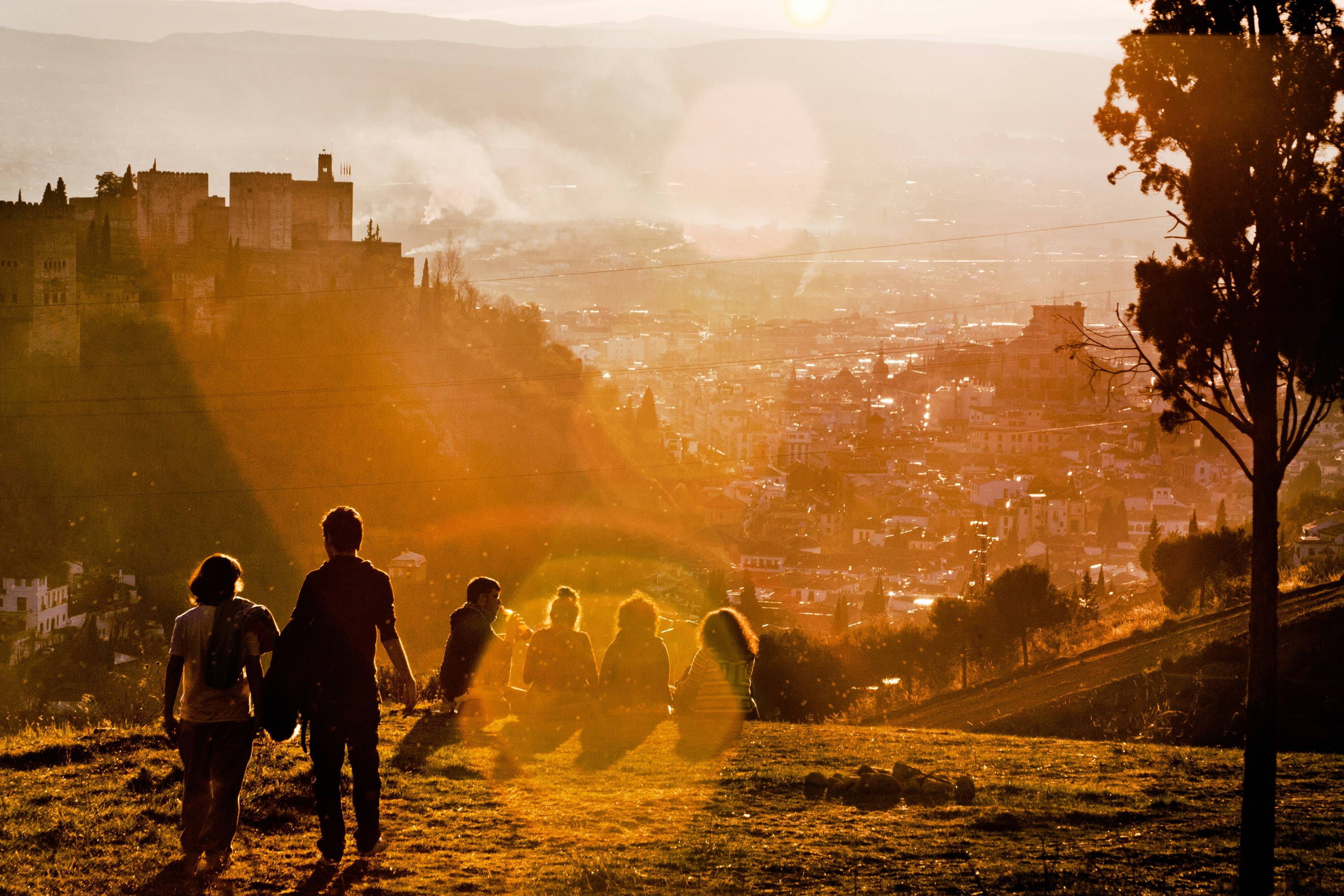 I would say it is a quiet holiday destination in Spain. Step back to the old times in this fascinating museum located inside of caves is the real authentic deal! This is where you explore the diverse geography within the region. Inside the museum, you will see how traditional handicrafts were made, a representative of the Gypsies lifestyle in the past.

While you’re outside, admire sensational views of Alhambra along the sides, the white slopes of the Albacyn, and the River Darro. We’d recommend staying a night or two at the Gypsies and take your time taking in the view and experience the Flamenco Show. 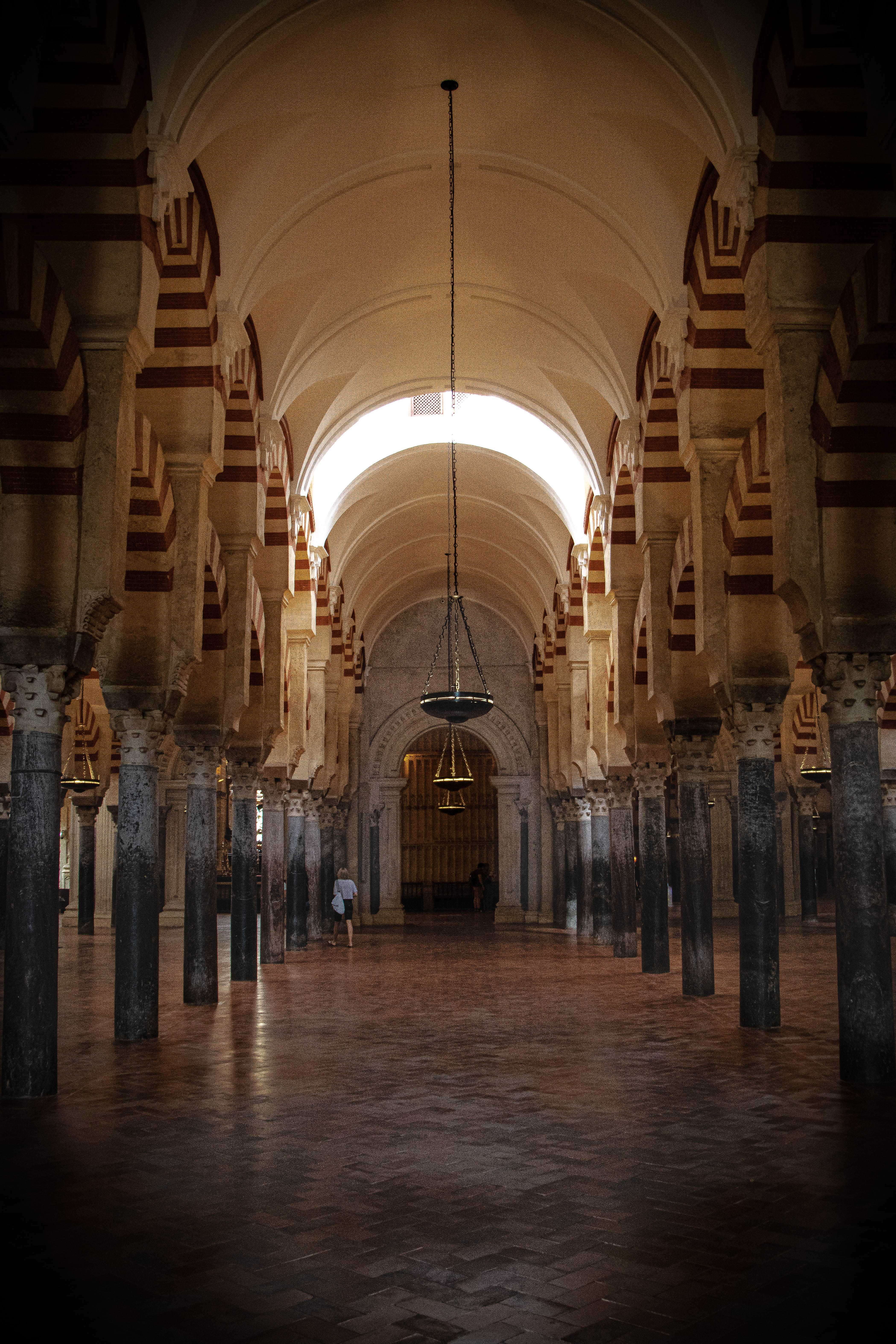 The astonishing building of Andalusia city is transformed into the cathedral of Mezquita. Located in the Southeast part of Madrid, the dashing Cordoba mosque stands at the foot of Siera de Montana hill. The Cordoba mosque had witnessed the heroic moment of Islamic civilization in Spanish land. The mosque was once a cathedral called Visigoth St. Vincent and changed into mosque under Abd Ar-Rahman tenure in 784. Then, It was changed again into a cathedral during the 16th century of the Christian army's conquest. The center of the mosque turns to the main altar and the choir hall. The architecture has strong influence of the Islamic relics with pillars and marble structures surrounding the mosque. The architecture of the Cordoba mosque resembles the structure of Damascus’s great mosque, Syria.

The Quranic calligraphy on the Mihrab wall is well preserved. On December 15, 1994, UNESCO defined the Cordoba mosque as one of the most historic and important relics in the world. Make sure you have a chance to pray there! 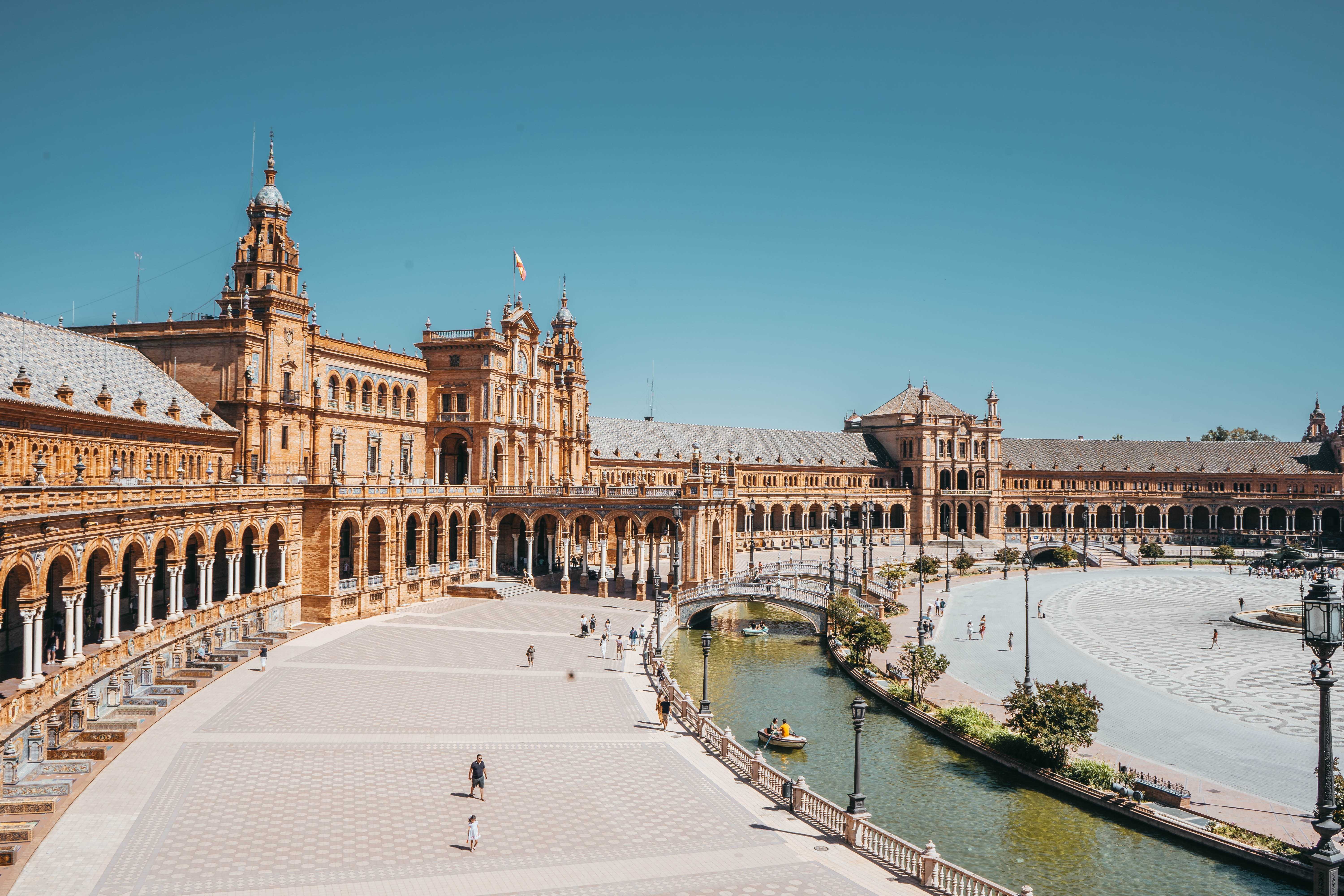 The Plaza de España-Sevilla is love at first sight! A seamless fusion of the Renaissance and Spanish Moorish architectural styles.

Become the point of interest, this magnificent plaza will make everyone fall in love at first sight. The beautiful building has a nice taste since the combined architecture of Renaissance and Spanish Moorish style. It was originally built as construction and symbol for the Ibero-american exposition held in 1929. This building is a must-see attraction when you’re in Seville.

In recent years, Plaza de España has also become a movie set, on Lawrence from Arabia (1962) and Star Wars: Attack of the clones (2002). Many arcs and columns, along with the red brick facade and gardens, make this construction looks stunning. Don't leave Seville before visiting this site!

6. City of Arts and Science, Valencia 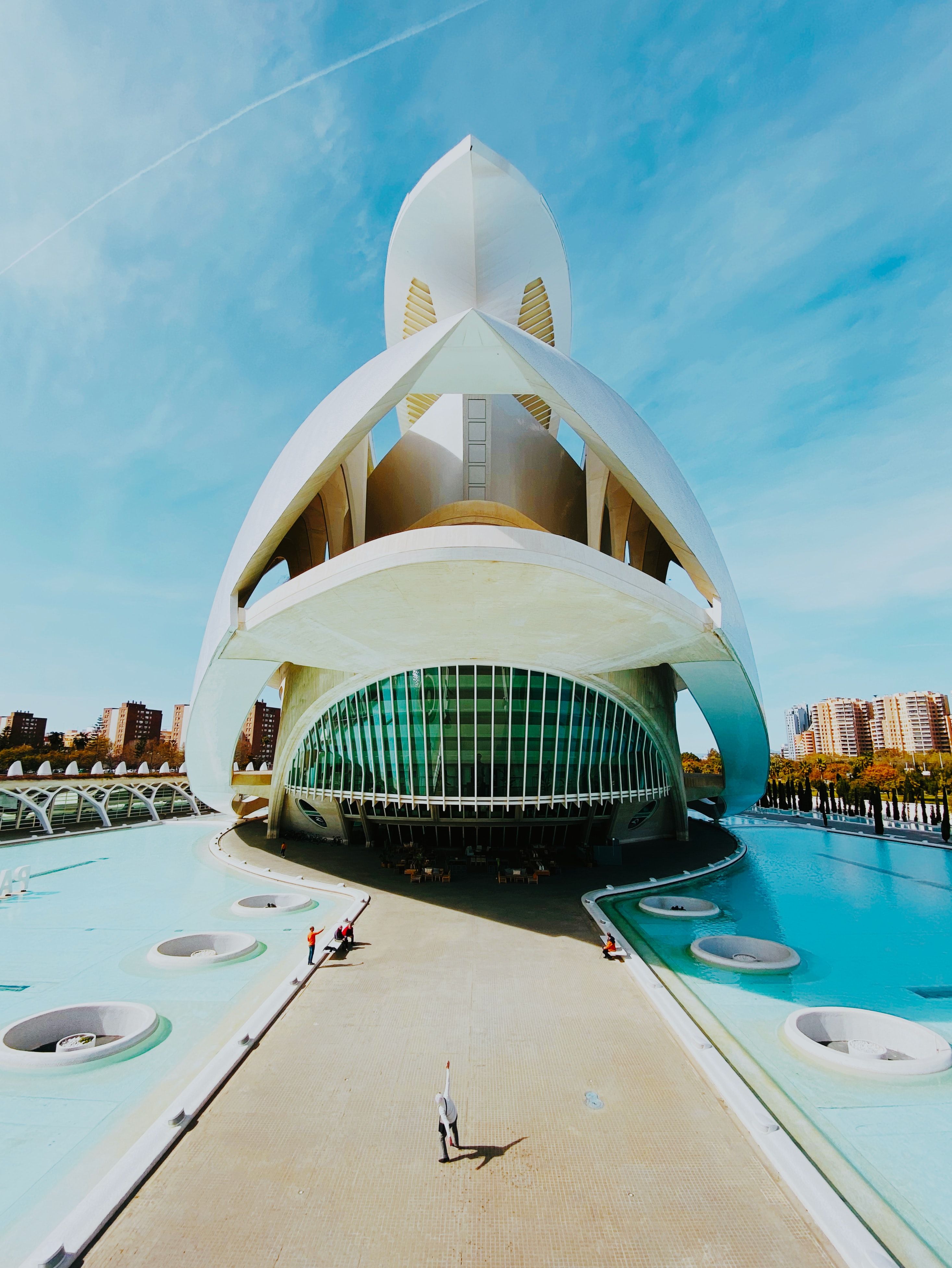 Integrating ultra-modern scientific and cultural complex, Valencia, the city of arts and science is not only best known as the largest holiday destination in Spain but also in Europe!

This place is simply mind-blowing. The area was designed by the well-known Valenkcian architect, Santiago Calatrava, who lies on the dried bed of the river (which was diverted), and it's an impressive example of modern architecture. Be prepared to spend the whole day there because it's worth it and here are the attractive contents you should touch! Palau de Les Arts Reina Sofia, Hemispheric, Museu de les Ciencies Principe Felipe, Oceanografic, The Umbracle, and Agora. We would recommend getting the tickets online in advance on their official website before it is sold out! 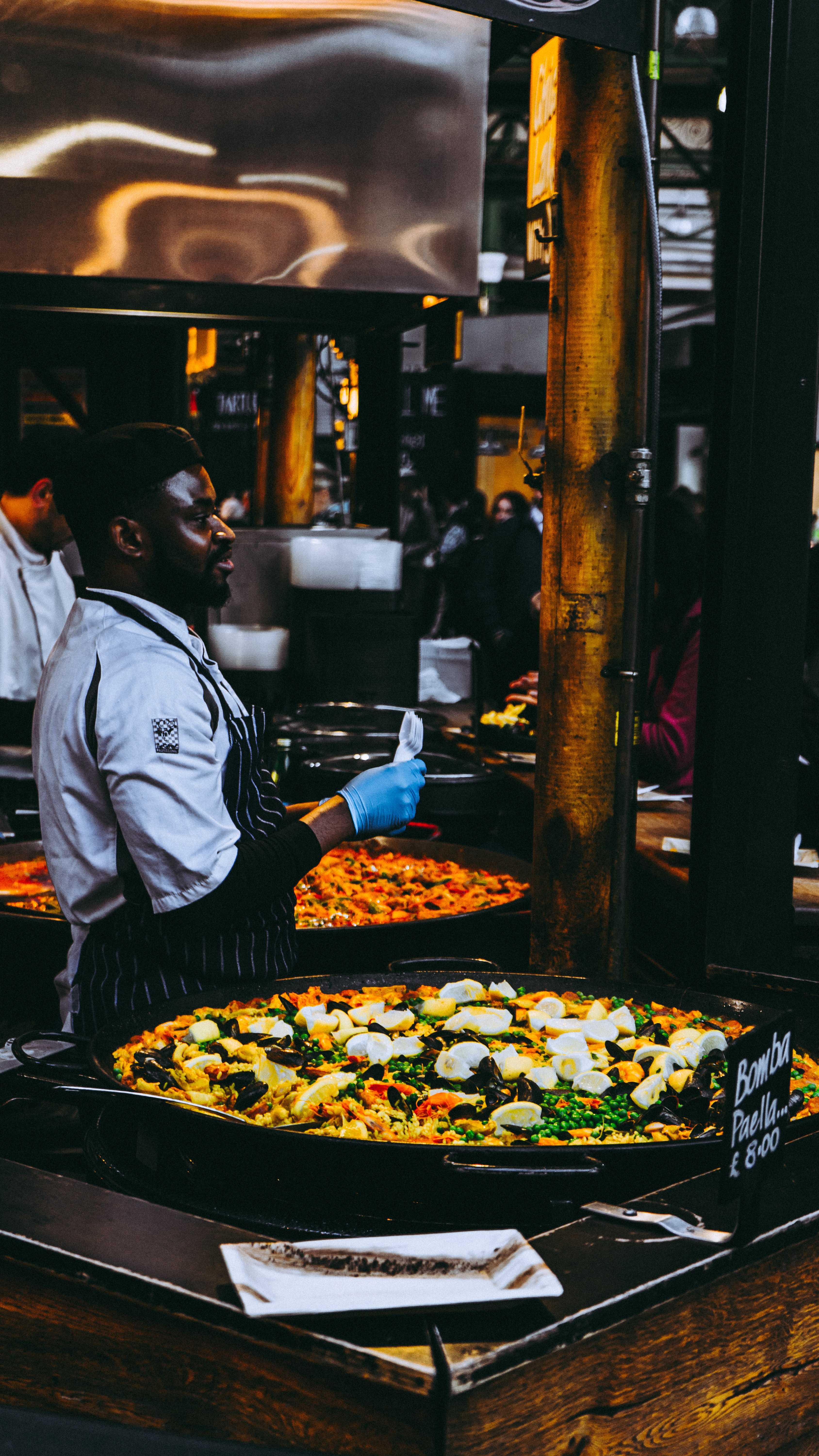 Having a trip to Europe especially Spain is the thing that you always waiting for! Besides famous with its historical places, this country also serves you Halal cuisine from all around the world that you can find in Barcelona, Granada, and Madrid easily.

Ascent is located in the heart of Barcelona city. It offers the Mediterranean, Spanish and French cuisine. What a surprise, all the dishes are delicious. We strongly recommend this restaurant!

A Moroccan Halal Certified Restaurant is the best places to eat fresh halal food. The service is great and the food is amazing. Their falafel wrap is a must-try!

This restaurant serves you with various tasty of Indian food. We recommend you to give a try on chicken Madras, Naan and Chicken Briyani! 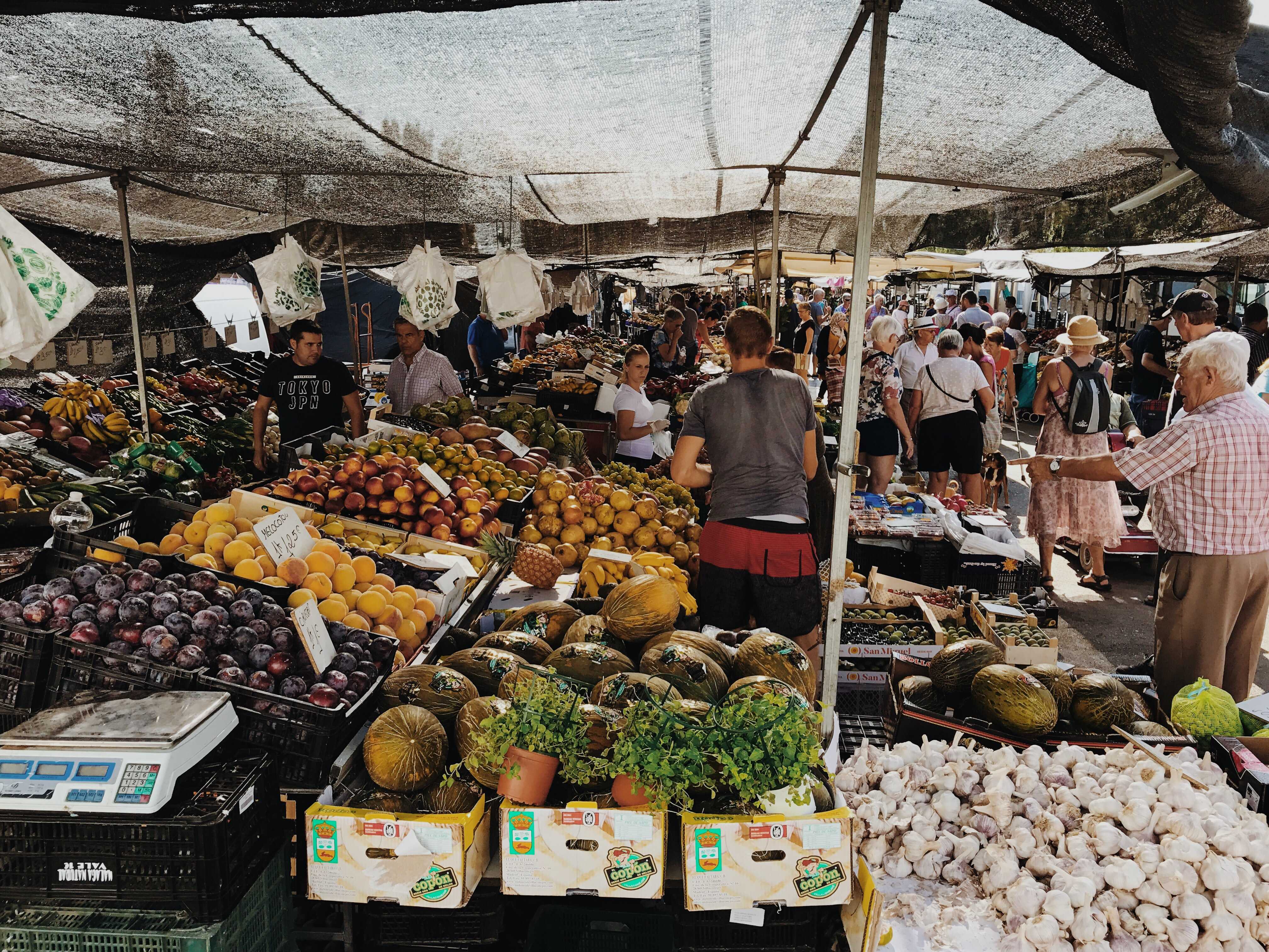 For travelers, wander around to the local market is a must! It is impossible if you leave that way without pick some original craftworks from Spain! We have 2 local markets for your last destination in Spain:

With more than 1,000 stalls are available and free to check out. Both locals and tourists make the crowd there to browse antiques, flamenco attire, and old furniture to kitchen appliances, T-shirts, and leather bags. Maybe you won’t find any amazing items on sale on these crowded sloped streets but you will get a sense of life in Madrid and a living tradition.

A beautiful open market, sited in a couple of little alleys which full of vendors selling dresses, lamps, handmade objects. You will experience the atmosphere of Moroccan here. we can say, it is a must-see in Granada.

Well.. what are you waiting for? Start putting together your itinerary and find the treasures for all the above 9 destinations in Spain right away!