The Adventure of Ibn Battuta 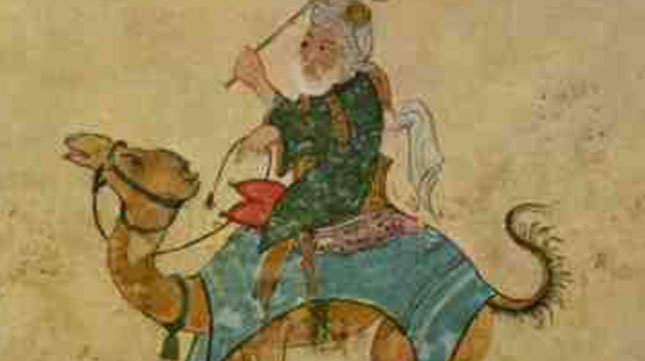 ‘Never, so far as possible, to cover a second time any road.’

Abu Abdallah Ibn Battuta may be the Inspiration behind Robert Frost’s ‘the road not taken’ by his quote extracted from the Rihla. ‘Never, so far as possible, to cover a second time any road’.

Ibn Battuta was the greatest traveller of the pre modern time. He has visited even more countries and travelled further than the famed Marco Polo. He had travelled for 75,000 miles (more than any traveller of his time) for 29 years away from home.

The 14th Century was an age where exploration was just beginning, the sea trades being established by the business merchants. As a Muslim, travelling for Hajj was mandatory and hence several Muslims set forth for it. So did Ibn Battuta who left his Home at Tangier, Morocco at the age of 21 in the year 1325. Thus begining his extraordinary Journey to far off lands.

To Reach Makkah, Ibn Battuta passed through Cairo, Egypt, Nile Valley, Palestine, Hebron, Jerusalem, and Haram al Sheriff, Damascus, Arabian Desserts, and Medina and then he reached Makkah. After performing his Hajj and earning the prestigious title of a haaji, Ibn Battuta did not return home. He wanted to explore different places and hence set forth on his own.

In 1326 he joined a caravan from Makkah to Mesopotomia (Iraq), Tigris, Euphrates, Baghdad, Tabriz, Persia. In the year 1330 he travelled to Jiddah, Red sea, Arabian Sea, Aden, Somalia Dar al-Islam and then Oman.

He entered Anatolia(turkey) and was offered by the ruler to be a religious and legal scholar as he was well versed in the Islamic Jurisprudence having studied Islamic Law. He crossed the Black Sea, Cremea, Kaffa, Genoa, The golden Horde and Constantinople. Deciding that he had seen enough of the western and European world he set forth on a horse to India passing through Afghanisan, Hindu Kush and Indus Valley and reached India in 1333.

In India he was appointed by the ruler Mohamed Ibn Tughluq as a Judge. After serving some time he was sent on an official delegation to China to present gifts to the Mongol Emperor. He boarded his ship in Calicut (Kolkata) and passed through the Kozhikode, Ceylon, Maldives, Malay Peninsula, Sumatra, strait of Malaca and reached China in the city of Chuan Chou. From there he went to Canton, Huangchou and Beijing.

He returned back to Damascus in the year 1350 where the Black Plague was spreading. He then went to Fez, Ceuta, Spain, Grenada, and Gibraltar to flee the Plague. Then travelled southward to Mali, Timbuktu and Gao. In 1353 he returned to Fez where the Sultan commanded him to record his Journey which was done by Ibn Juzayy a scholar from Granada. Thus came about ‘the Rihla’ the auto-biography travelogue of Ibn Battuta.

The Cultures that he has travelled to was very different from his own but as a traveller he opened his mind to the new ways of life beyond what he already knew. There were incidents mentioned in the Rihla where he had saw cultural misfits but he learnt the best out of people and places, focussed on the positives of the culture. He even mentions the food he had in various places. He was away for 29 years from home, visiting around 40 countries and met around thousands of people in the ancient time where the mode of transportation was only of Horses and ships. The greatest traveller he was indeed.

Recommended Reads: The Adventure of Ibn Battuta by Rose E.Dunn Travels with a Tangerine by Tim Mackintosh.

CEO of HalalTrip & Crescentrating. Travel enthusiast. Passionate about making travelling easier for Muslims around the world.