The Gems of North Africa

"And to Allah belongs the east and the west. So wherever you [might] turn, there is the Face of Allah. Indeed, Allah is all-Encompassing and Knowing."
[Surah Al-Baqarah (2:115)]

And wherever you turn in North Africa, there is beauty to see and to cherish. There is history to discover, legends and stories to hear, castles and temples to see, and lasting memories to keep.

From the enchanting Kingdom of Morocco in the west, through the beautiful deserts of Algeria and the wonderful shores of Tunisia, to the wonders of great Egypt in the middle east, we uncover hidden gems and conjure up the spirits of old, only to make you crave for a journey of a lifetime, one to be remembered for the rest of your life!

We have put together a list of literally magical places for you to visit in North Africa. Join us to discover the gems of North Africa! 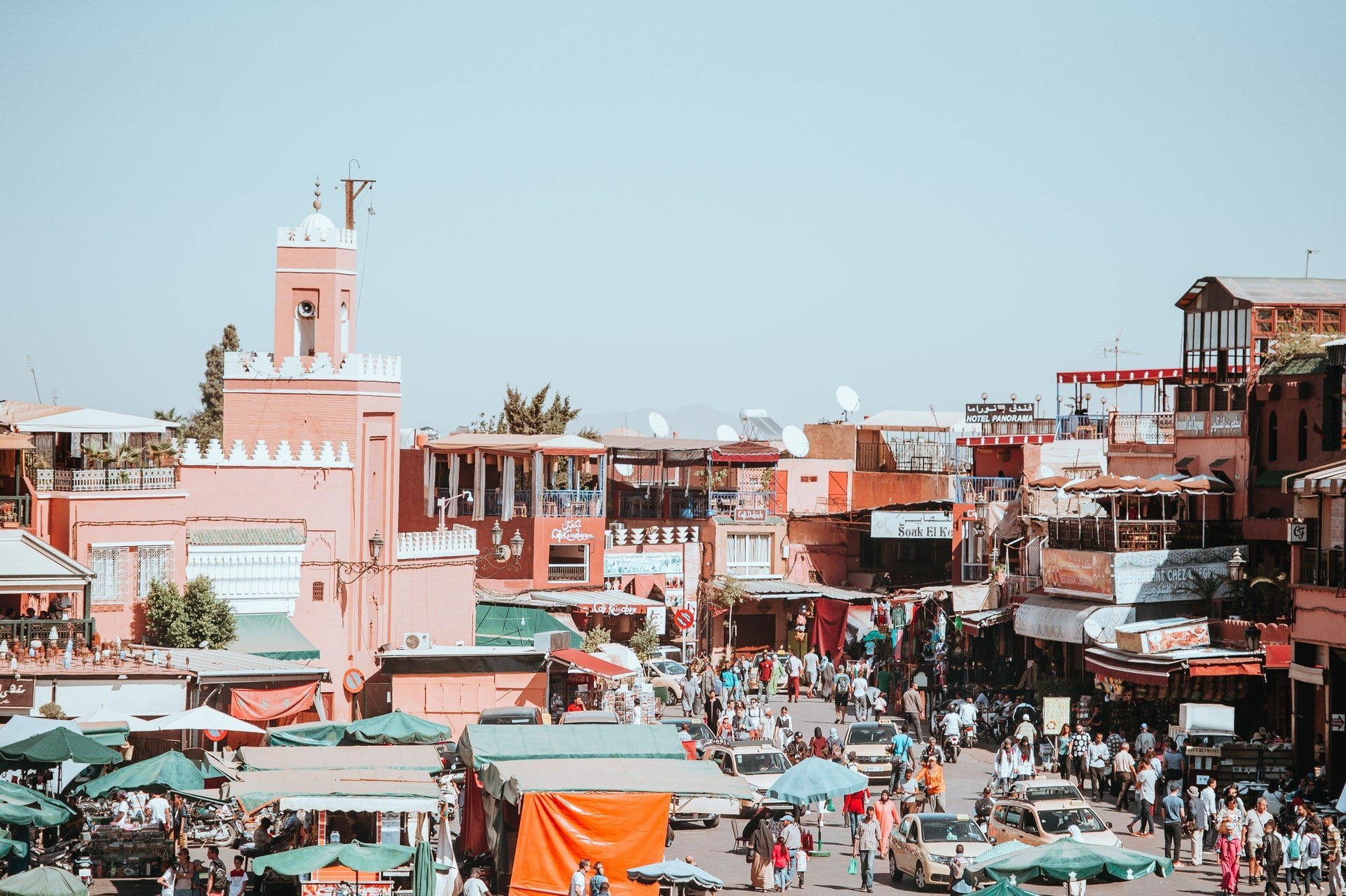 Marrakesh, the Red City, an iconic Moroccan imperial city with a far-reaching reputation that speaks of its impeccable historical value, magic, and its enchanting lifestyle. A top-rated touristic destination and a highly regarded cultural center Marrakesh was founded almost 1000 years ago. Enclosed in magnificent red walls, the medina of Marrakesh still retains much of its authenticity in a combination of ryads, souks, palaces, and gardens. The famous Jemaa el-Fna square is the trademark of Marrakech. Bahia and Badii palaces are gems of medieval Islamic architecture. Koutoubia mosque and Medrassa Ben Youssef still showcase the splendor of the Islamic civilization in Morocco. For more on the best things to do in Marrakech, check out our top best things to do in Marrakech.

Cairo: Mother of the World 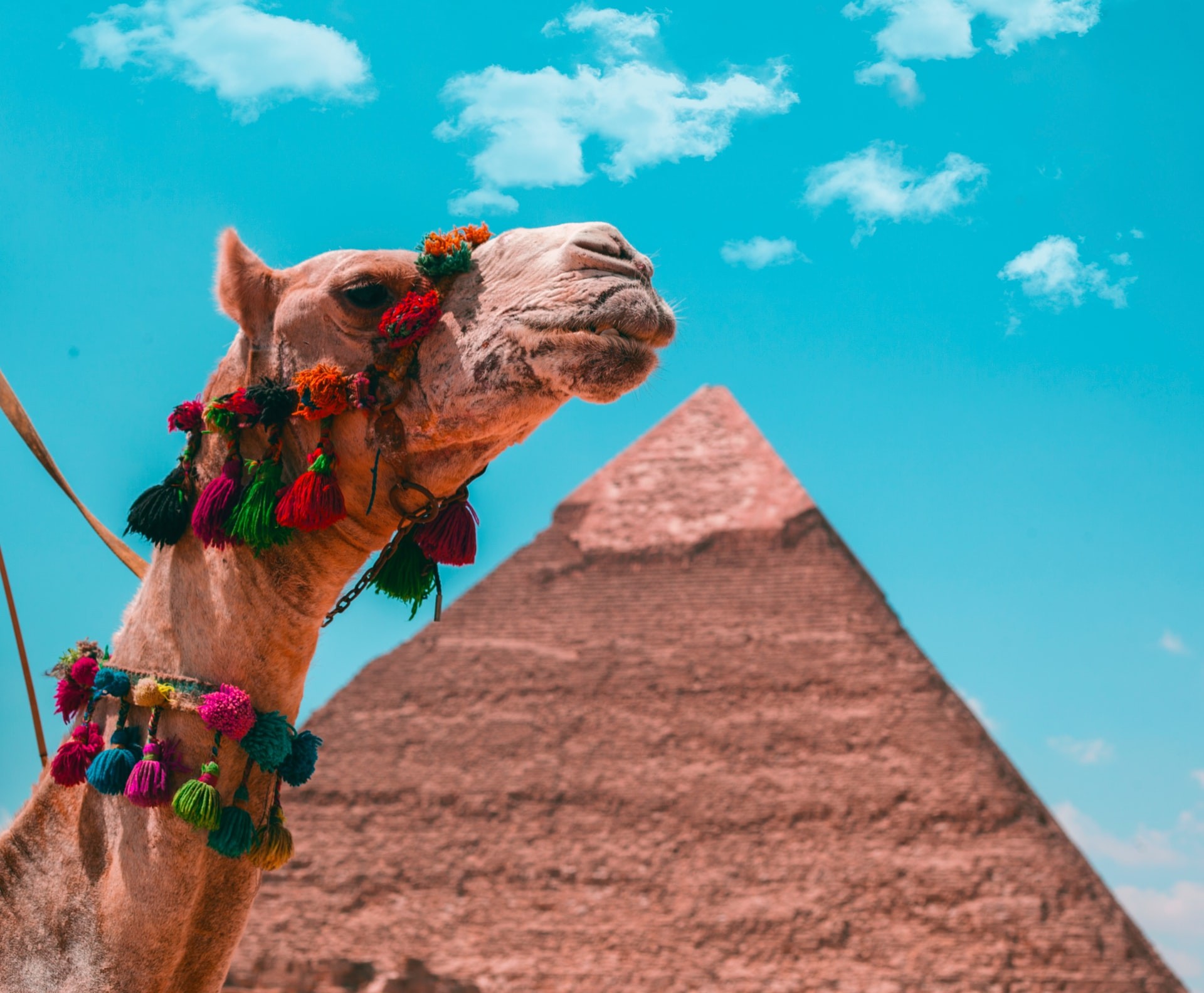 There is ancient Egypt, and new Egypt, Cairo is the new Egypt! It is the capital of Egypt and the most densely populated city in North Africa. With a population of nearly 22 million people, you cannot wonder what makes Cairo so special. It is home to one of the greatest civilizations in human history. When in Cairo, you’ll certainly know what to do! But let me suggest you visit the Egyptian Museum for starters. There are thousands of ancient Egyptian antiquities here, just an appetizer before you discover the wonders of Egypt. 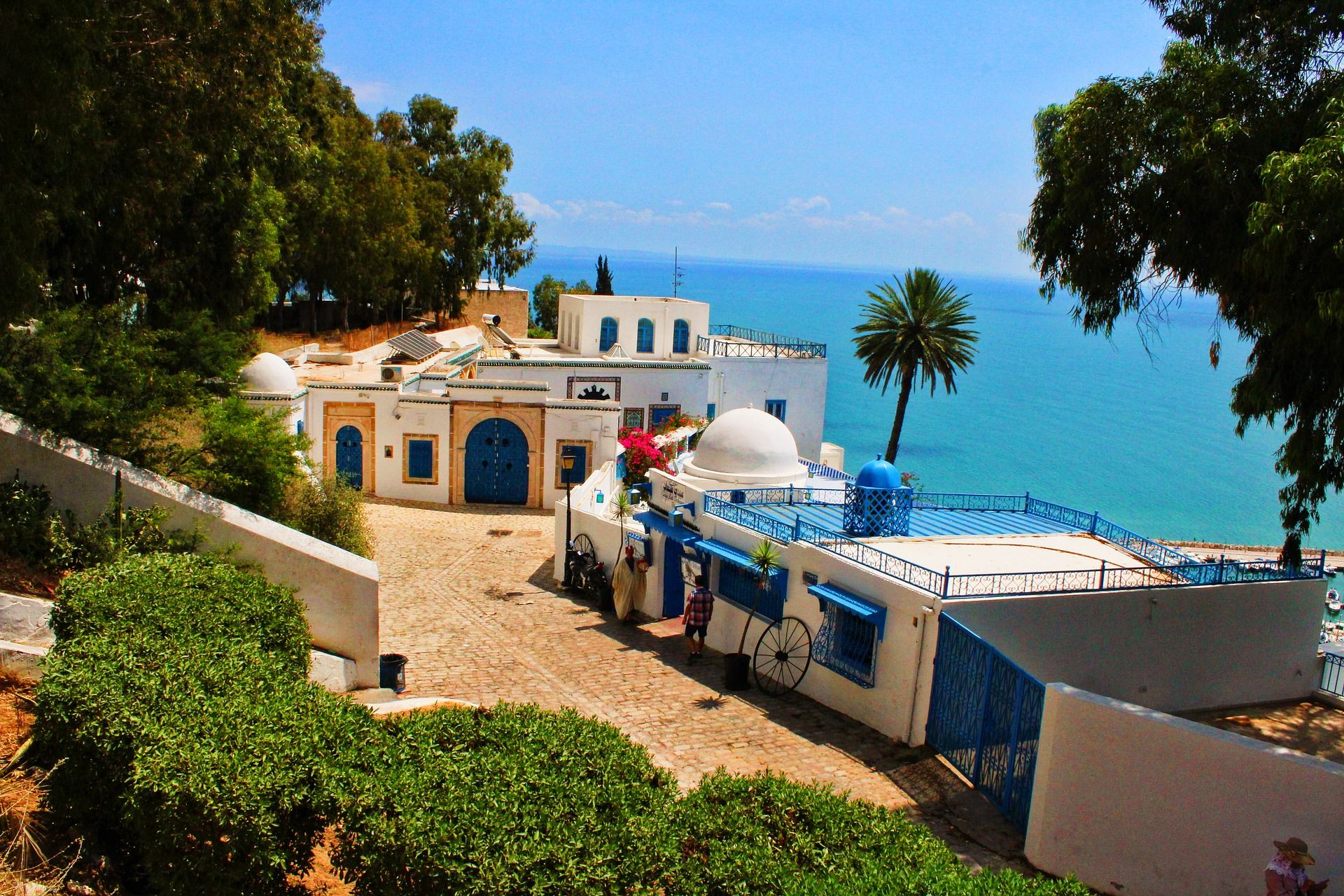 Carthage of Tunisia was once the seat of the Carthaginian Empire, a powerful civilization of the classical world. It is now one of the most important archaeological sites in the world. Apart from the joy you’d find in exploring the ruins of the city, the warm weather will entice you to pay a visit to one of many amazing beaches in the place!

Chefchaouen: The Blue Pearl of the North 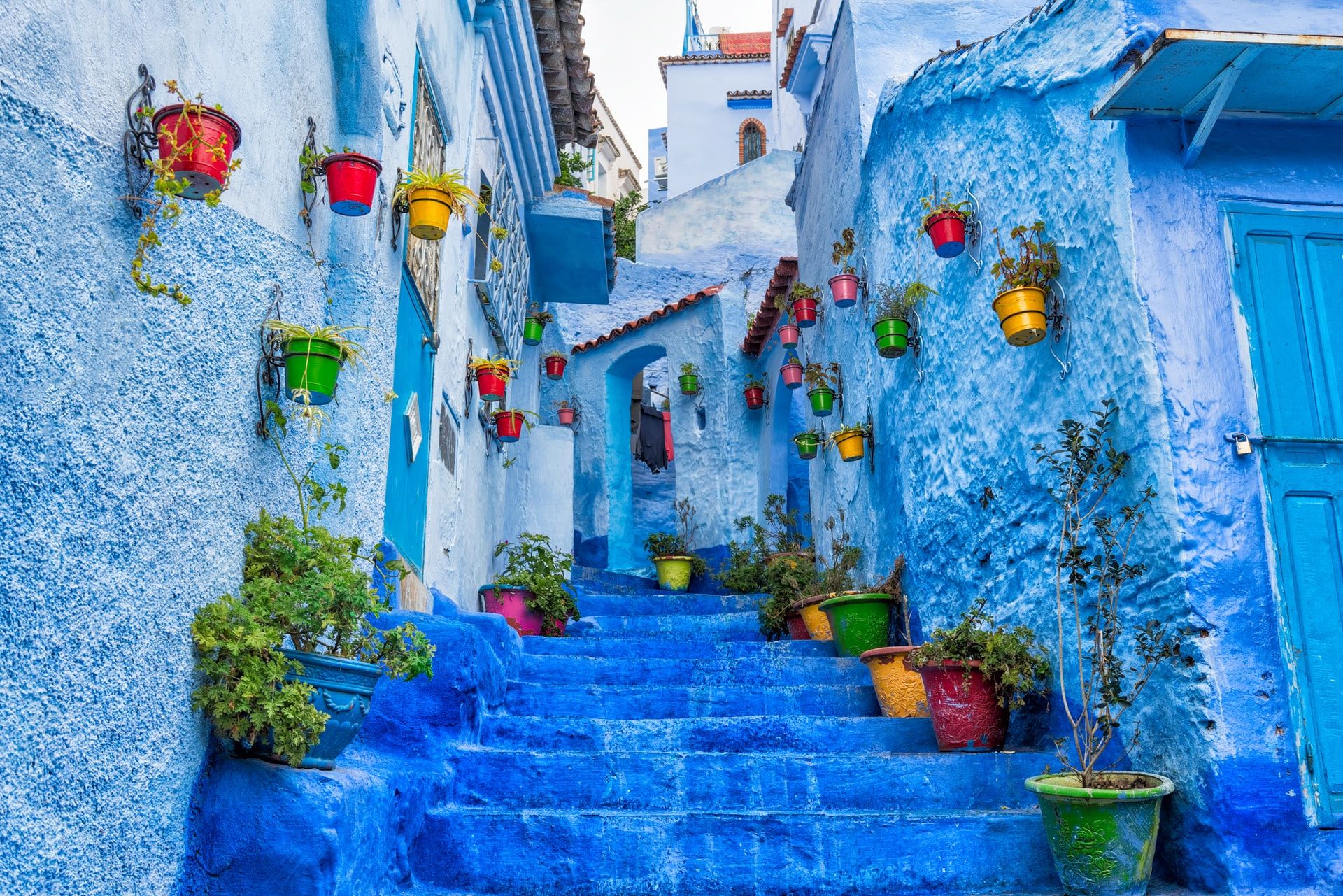 Chefchaouen is Morocco’s blue city, the pearl of the North, a city better described by images than by words, yet they never do justice to its beauty. This strikingly blue-washed town lures all travelers into its beauty and devours them in gentle silence. This is a sweet tragedy you do not want to miss. Head out to the Rif Mountains in the North of Morocco and discover for yourself a real gem of North Africa.

Oran: The Pride of Algeria 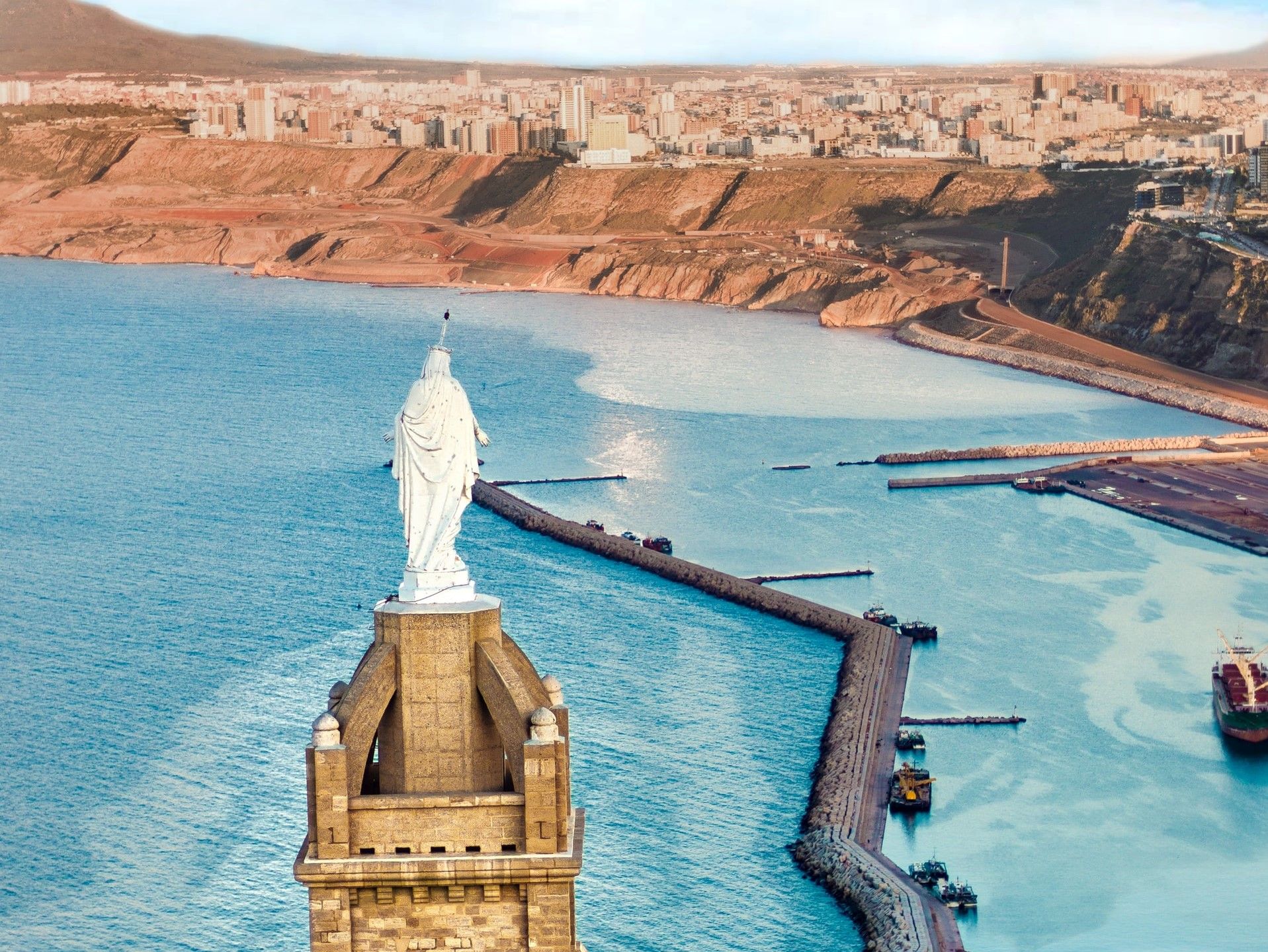 Often the subject of songs and tales, Oran city of Algeria is a charming city, home of the Chapelle Santa Cruz and several impressive Turkish mosques and palaces dating back to the Ottoman Empire era. Sidi El Houari is the famous old medina of Oran, named after the revered imam and saint Ben-Amar El Houari. It is a place of great historical value to the Algerians.

Giza: Home of the Pharaohs 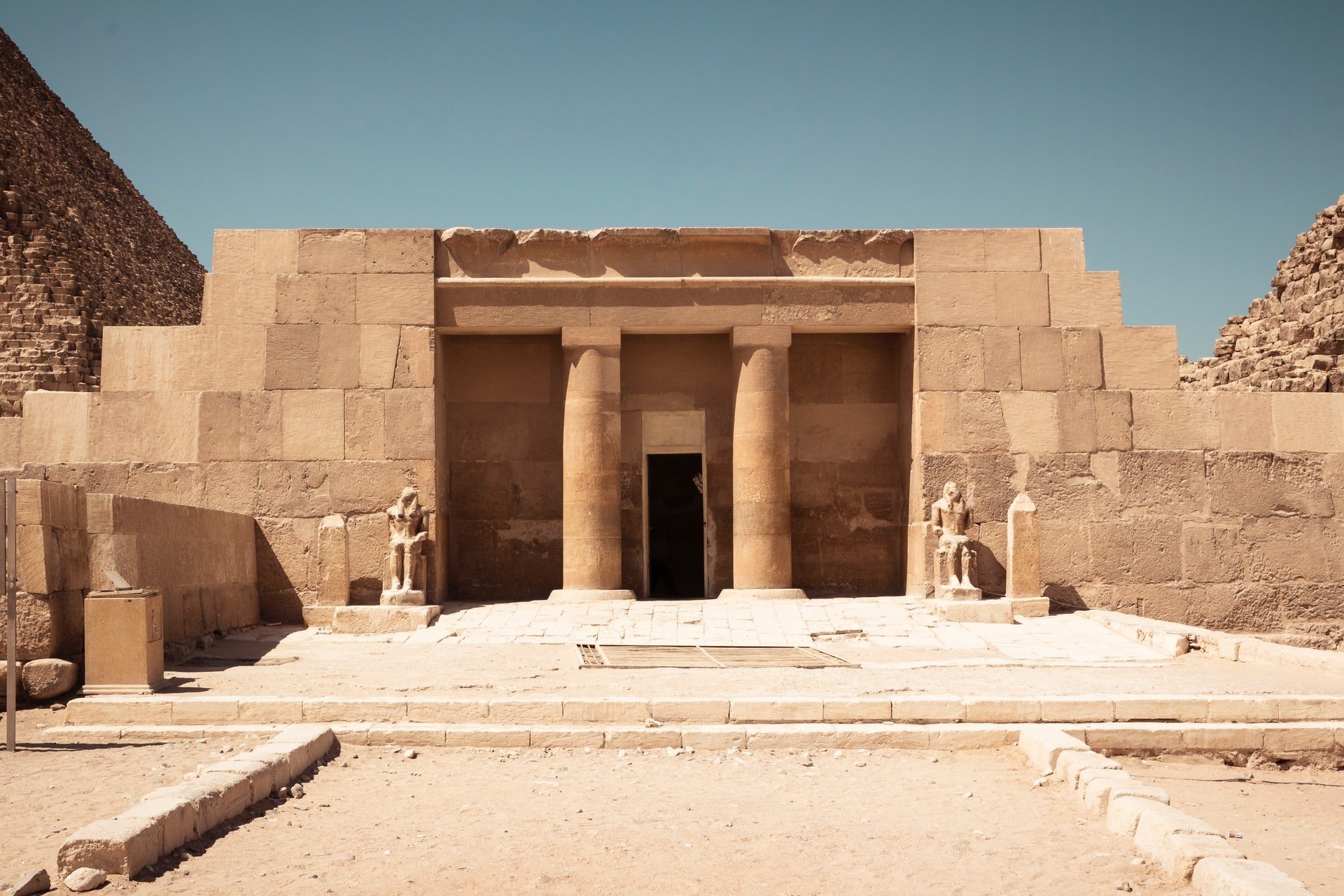 Many of us ever long to see the wonders of Egypt, its giant Pyramids, the fantastic Egyptian temples, and the Great Sphinx. The day will come when Giza and the Nile hail you're coming to meet with the Pharaohs. Egypt’s Giza is unquestionably a place you want to be, at least once in your life! Tutankhamun and Ramses the Great will escort you about town as they tell you stories of the Afterlife. Unfelt emotions will surge up as you ride your camel towards the pyramids!

Essaouira: City of the Winds 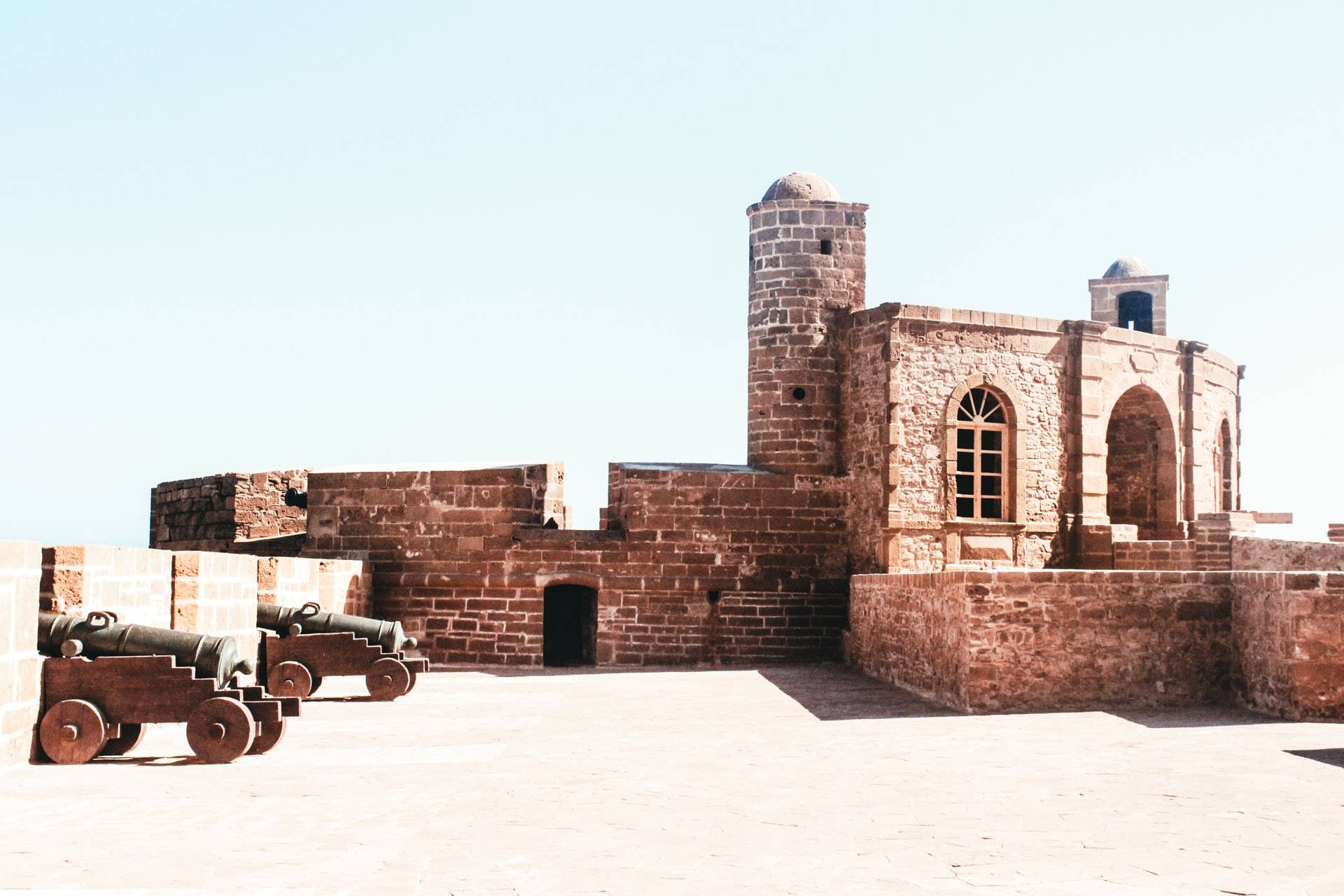 Essaouira city of Morocco is one of a kind. Nothing of what stories and images tell about it is equal to its charm. Once called Mogador, Essaouira city sits on the Atlantic coastline wielding strong winds and boasting lovely mellow weather. The vibe here is of no equal. The art galleries and the shops of the old medina, the cannons and the ramparts, the beaches, and the busy harbors are the essential ingredients in the recipe of Essaouira. 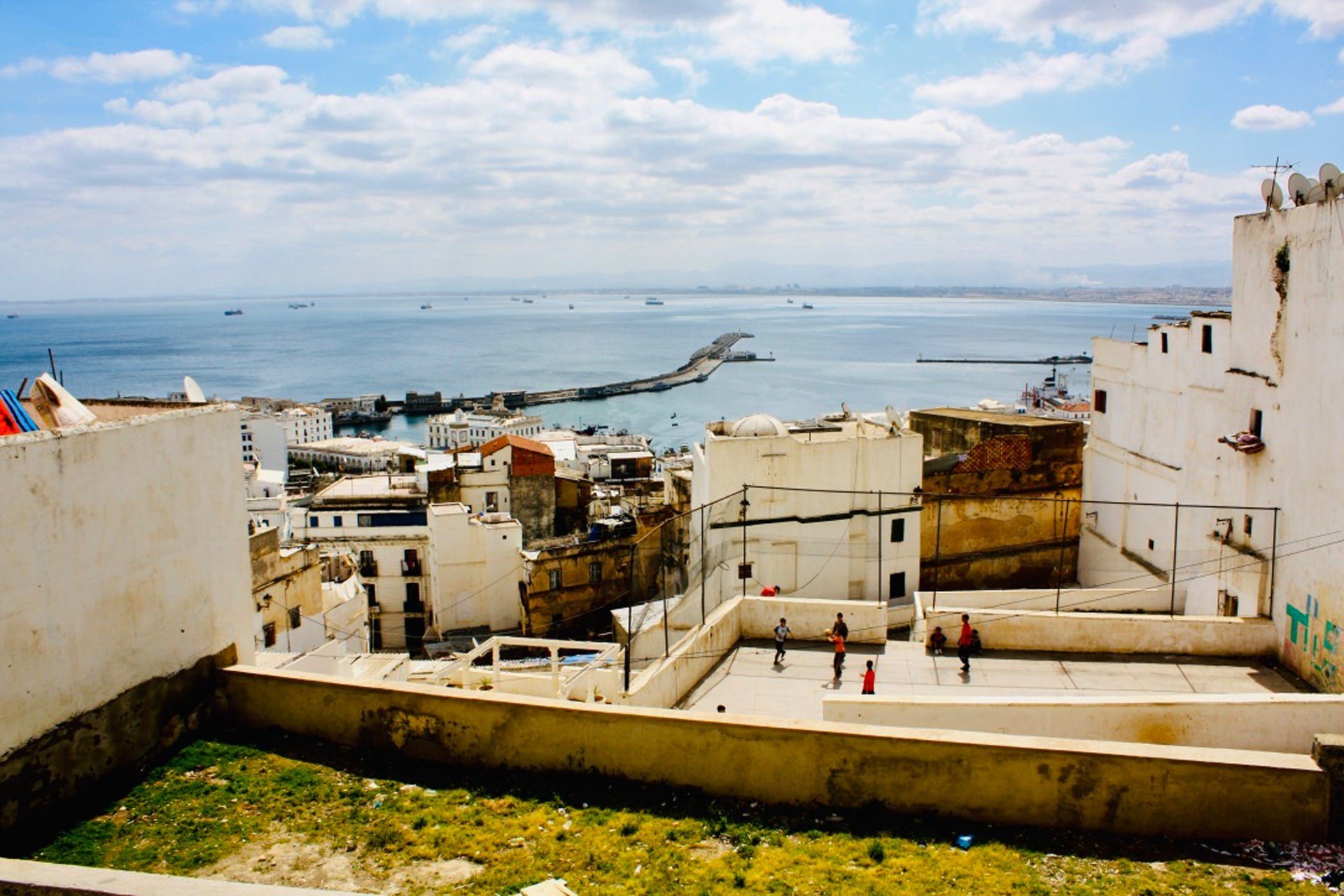 Algiers is the capital city of Algeria and the birthplace of its hard-won independence. Also known as “Algiers the White” for its whitewashed buildings, Algiers was once part of the Ottoman Empire. The remains of it can be seen in the Kasbah, Algiers’s old town. Some of the most popular landmarks in Algiers include the Martyrs’ Memorial, the 17th century Grand Mosque of Ketchaoua, the Gardens of Hamma, and the Basilica Notre Dame of Africa. If you feel like seeing more of Algeria, do not miss a chance to visit the Sahara! Check out our 7 best things to do in Algeria for more!

Tunis: City of the Artists 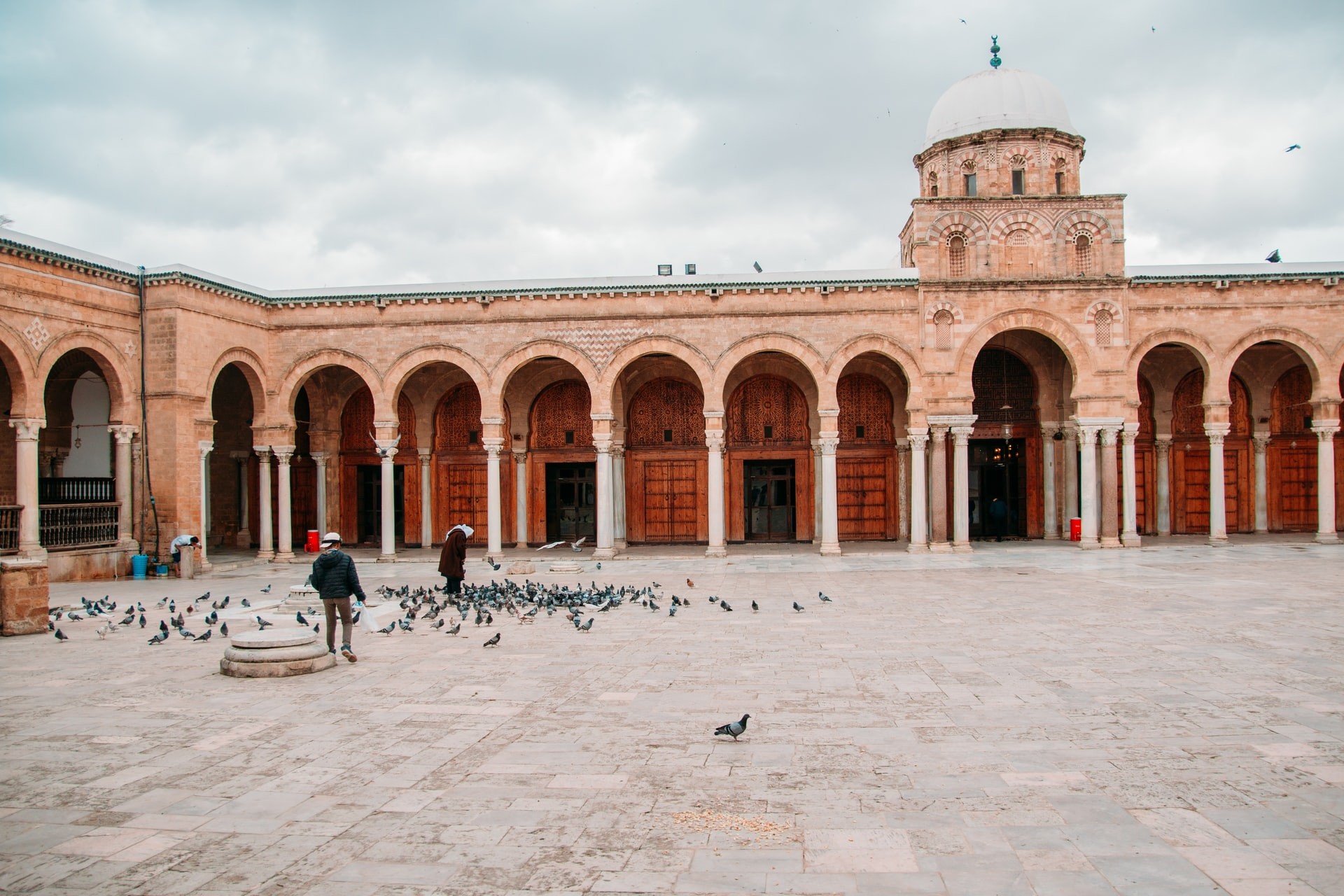 Tunis is a city port located on the Mediterranean coast. It is the capital city of Tunisia and one of its most visited cities. Some of the best attractions here are the beach resorts. The best location of resorts is Sidi Bou Said, a popular blue-and-white town not so far from Tunis. You could not ask for a better beach experience in North Africa if you knew about Sidi Bou Said! This town is known as a town of artists, for many famous international artists have lived or visited Sidi Bou Said. 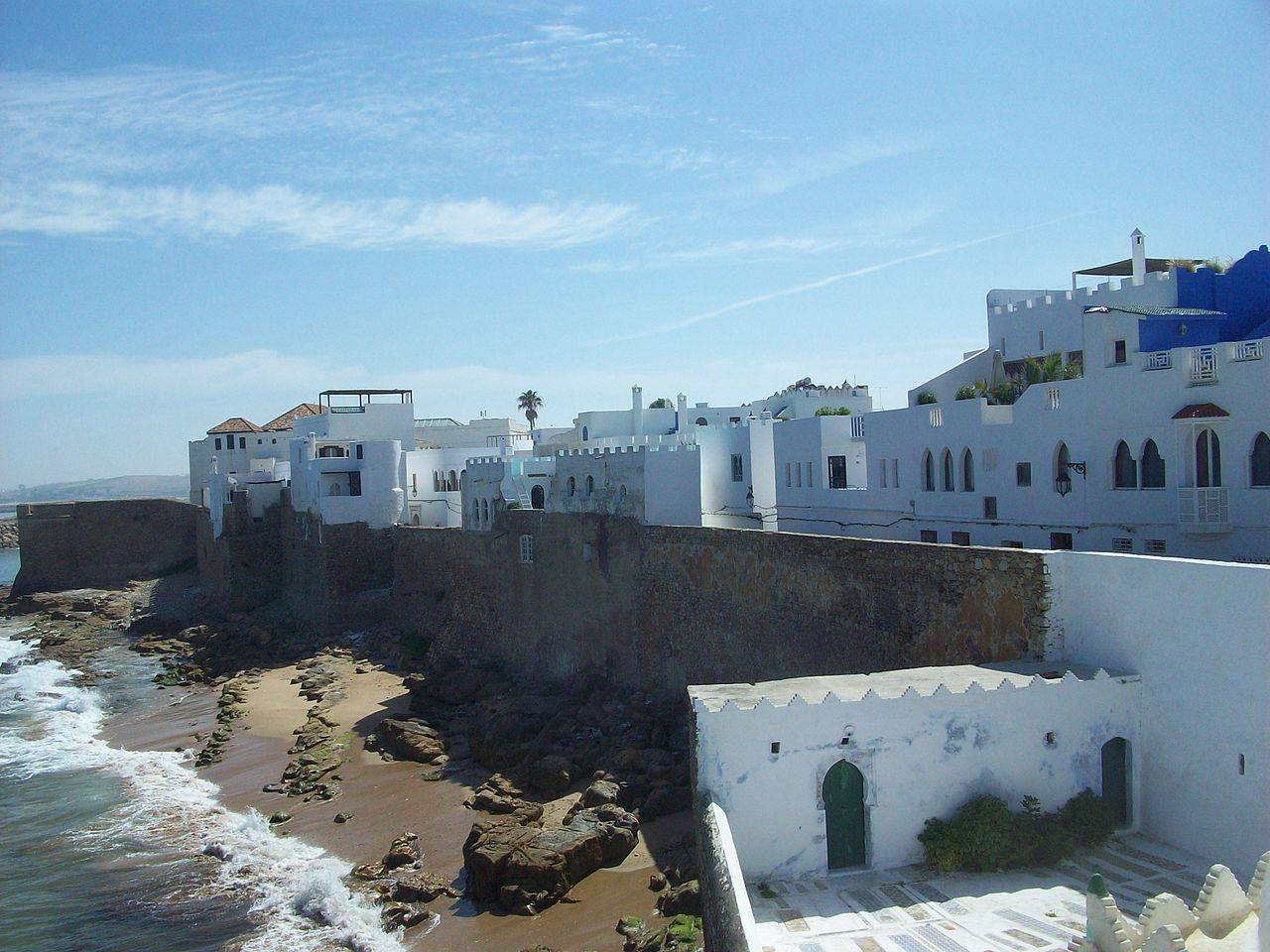 Asilah is a precious gem! My personal favorite of the Moroccan cities. This city has known major influences from the Spanish and the Portuguese. Today, the city has an influence of its own. Asilah is known for its white-painted walls and houses, wonderful seaside views, calm and laid-back atmosphere. Asilah hosts many culture and art events during which the houses of the city are painted with murals featuring different styles of art, making it a piece of art itself!