The Importance, Meanings and Significance of the Eid Takbir

Fasting in Ramadan is a directive from Allah Subhanahu Wa Ta'ala to humanity to strengthen faith, cleanliness, and compassion.

Muslims fast for around a month, resisting hunger, thirst, and lust in order to improve their health until the last day of fasting.

Muslims all throughout the world celebrate Eid al-Fitr, a day that Muslims have been looking forward to since they finished their fasting worship. 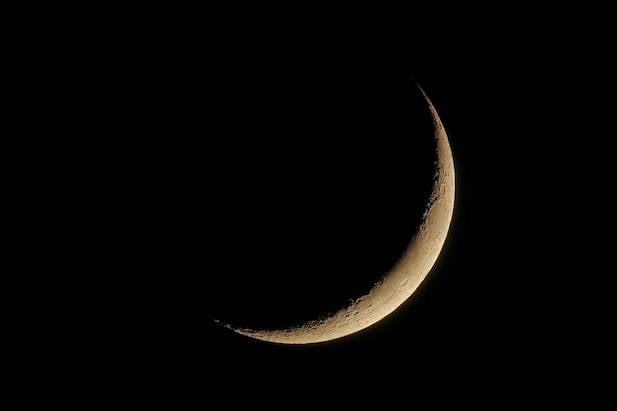 Muslims conduct Takbir at the end of Ramadan, after they have broken their fast. Eid al-Fitr reading on the eve of Eid, Takbir begins to be echoed. The night of Takbir is the name given to this period. Muslims quote the Eid-ul-Fitr Takbir reading in mosques and on the streets on the night of Takbir.

The Eid Takbir is recited from sundown on the last day of Ramadan until the end of the Takbir, which is after the Eid prayer is completed.

The following arguments support this: the word of Allah Ta'ala is the proof for Takbir on Eid night.

"And you should suffice the number and let you glorify Allah for His guidance given to you, that you may be grateful." (Surat al-Baqarah: 185)

This verse explains that when people have finished fasting in Ramadan, it is prescribed to glorify Allah with Takbir.

There is no evidence that specific Takbir lafadz were practiced by the Prophet Muhammad. It's merely that certain narrations from numerous friends that embody the Takbir lafadz are included.

Takbir Ibn Mas'ud Radhiyallahu 'Anhu is one of these narrations. From him, there are two takbir narrations:

It means, "God is great, God is great. There is no god but Allah, Allah is great, and all praise is due to Allah alone."

Lafadz Takbir is increasingly widely utilized in practically every country on the planet.

In terms of takbir, Lafadz says that "Allahu Akbar" can be read twice or three times in Ibn Mas'ud's takbir. In Al Mushannaf, Ibn Abi Syaibah narrates everything.

In this regard, Al Baihaqi narrated Takbir Ibn Abbas, and Shaykh Al Albani certified his sanad.

The explanation of the Takbir lafadz in Eid al-Fitr has several provisions, which shows that the command for the Takbir form is quite loose, not just one or two lafadz so that everyone can choose whichever he likes.

Even some scholars say Takbir lafadz, which there is no information in the hadith history. 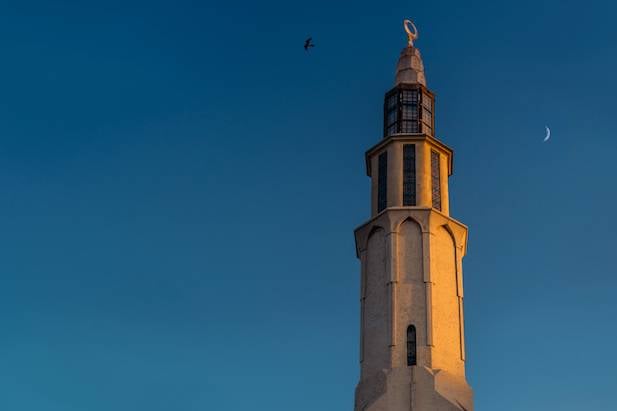 Performing Takbir in accordance with the sunnah, which is done on an individual basis rather than in response to commands.

The companions were with the Prophet at the time of Takbir, according to Anas bin Malik's narration, and some were reading Allahu akbar, while others were reciting la ilaaha illa Allah, and they did not blame each other... (Musnad Imam Shafi'i 909).

This history demonstrates that the companions' Takbir is not uniform because they Takbir individually rather than in congregation.

The call to prayer is not the same as doing Takbir for the holidays. A person is encouraged to raise his voice as loudly as possible in the Shari'a adzan.

As a result, interpreters of the call to worship at the Prophet sallallaahu 'alaihi wa Sallam, such as Bilal and Abdullah bin Umi Maktum, looked for a high spot when they were going to go up to the call to prayer.

The goal is for as many individuals as possible to hear the call to prayer. When doing Takbir during the holidays, however, there is no record of Bilal going up to find a high position to perform Takbir.

He did the Takbir, however, in a quiet voice that only a few people nearby could hear.

As a result, it is preferable to perform Takbir for the holidays rather than the call to prayer, because these two Shari'a are not the same Shari'a.

On the route to the Eid prayer site, the sunnah Takbir is performed. However, given the amount of people who abandon it, this sunnah is on the verge of extinction.

Takbir's history may be traced back to the Prophet Sallallaahu 'Alaihi Wa Sallam, who went out on Eid day and recited Takbir till he got at the mosque (field) and prayed. He quit Takbir after completing the prayer.

No Nabawi hadith reveals the Takbir technique directly from the Prophet Muhammad Sallallaahu 'Alaihi Wa Sallam. There is only the Takbir way, which is told by few pals. May Allah bless each and every one of them. 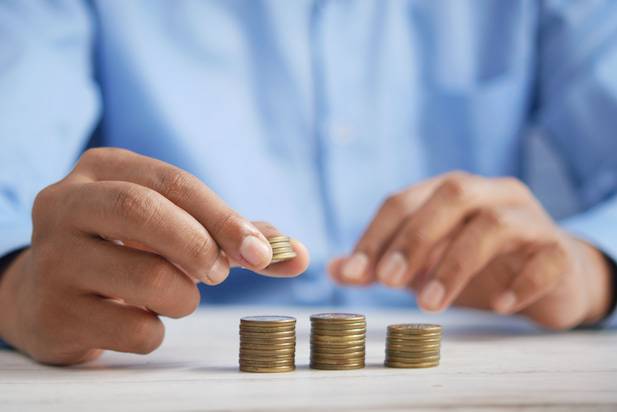 All Muslims must pay Zakat before Eid al-Fitr. Zakat is a requirement for all Muslims because it is one of the pillars of Islam.

"Eid al-Fitr Zakat was commanded by Allah's Messenger -peace and blessings of Allah be upon him- to purify the fasting person from joking and filthy remarks and to feed the destitute.

If a person meets the sunset on the night of Eid al-Fitr, he is subject to the requirement to pay Eid al-Fitr Zakat. If he is able to locate that time, he is required to pay Zakat.

Except for kids still in the womb, any Muslim who has the means is obligated to pay Zakat.

Because dates and wheat are the primary foods of the inhabitants of Medina, the Prophet Muhammad required dates or wheat on Eid al-Fitr.

He would not have burdened them with paying Zakat if it was not their basic food and they ate other staple foods instead.

In this case, Zakat is paid based on the staple food in each region; for example, in some areas where rice is a staple food, Zakat is spent as rice.

The Messenger of Allah -peace and prayer of Allah be upon him- required Fitr zakat to purify the fasting person from joking and vile words and feed the poor. Whoever pays it before the prayer, then his zakat is accepted, and whoever pays it after it is only considered a charity among the various alms. 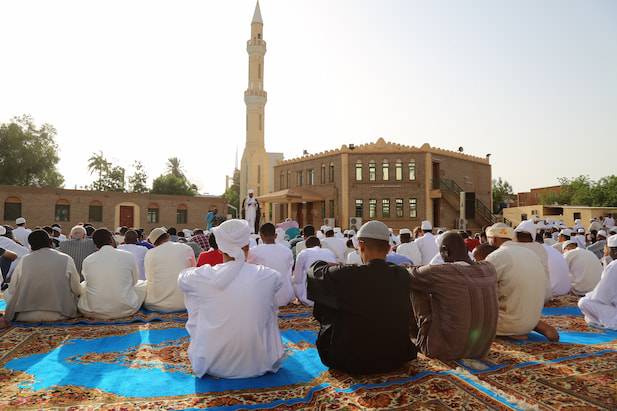 The word Eid literally means "festival" or "festivity." The Eid celebrations will span two to three days, with Muslims doing Eid prayers on the first day of Eid.

Following the Eid prayer, we shake hands and exchange prayers with fellow Muslims.

"Taqabbalallahu Minna wa Minkum" means "May Allah accept my deeds and yours."

Some close friends have added the phrase "Shiyamana was Shiyamakum" to the sentence, implying that we are constantly in good spirits year after year.

The fasting month of Ramadan comes to a conclusion on Eid al-Fitr. Apart from meditation and joy, Eid is also a time for generosity, known as Eid al-Fitr Zakat, according to its spiritual essence.

Eid is a season of joy and blessings for all Muslims, as well as a time to share one's wealth with those who cannot.

In many Muslim-majority countries, Eid al-Fitr will become a national holiday.

Schools and offices will be closed over the holidays so that Muslims can spend time with their families, friends, and relatives.

Sweet foods and gifts are frequently offered to children and those in need at home so that all Muslims can rejoice as Eid al-Fitr approaches.