What is Sadaqah?: The Benefits & Virtues of Charity 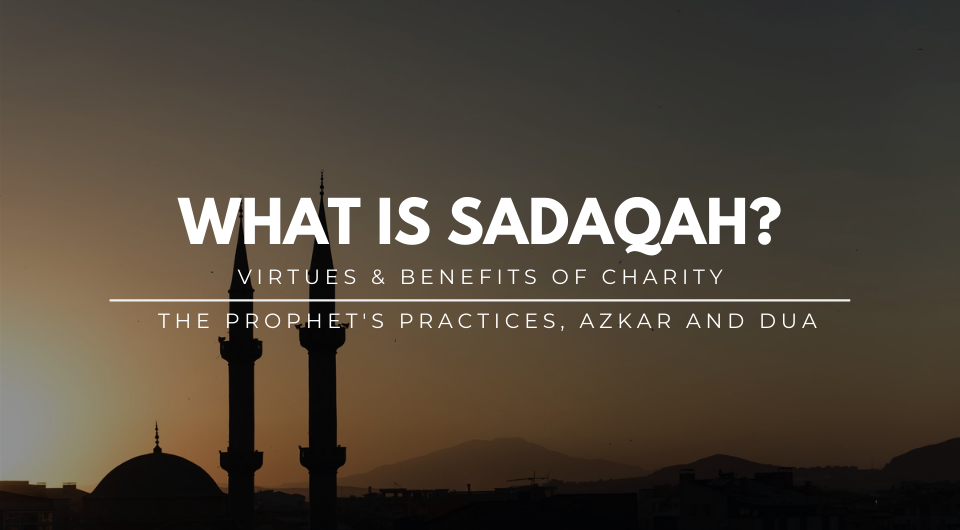 Derived from the Arabic word “Sadq” which means truth, Sadaqah is all actions of righteousness according to Islam. In literal terms, the meaning of Sadaqah means spending one’s possessions and abilities in the way of Allah SWT. A large part of the Muslim faith, Sadaqah is a form of action seeking the Pleasure of Allah SWT by giving or helping others in need.

In addition to that, the name “Sadiq”, a Quranic name for boys which also shares the same root word, means “honest”, “truehearted”, “sincere”, “faithful” and “devoted”.

How is Sadaqah different from Zakat?

The concept of Sadaqah sounds very similar to Zakat but they are two different things. Zakat, one of the five pillars in Islam, is a compulsory act that all Muslims have to practice if they meet certain conditions. On the other hand, Sadaqah is an intended and continuous act of helping or righteousness that everyone regardless of social statuses can carry out the deed.

Virtues and Benefits of Sadaqah in Islam

The Prophet SAW once said:

Give charity without delay, for it stands in the way of calamity.”
(Al-Tirmidhi)

“When a man dies, his deeds come to an end except for three things: Sadaqah Jariyah (ceaseless charity); a knowledge which is beneficial, or a virtuous descendant who prays for him (for the deceased).”
(Muslim)

“Charity does not in any way decrease the wealth and the servant who forgives Allah SWT adds to his respect; and the one who shows humility, Allah elevates him in the estimation (of the people).”
(Muslim)

“The example of those who spend their wealth in the way of Allah SWT is like a seed [of grain] which grows seven spikes; each spike is a hundred grains. And Allah multiplies [His reward] for whom He wills. And Allah is all-Encompassing and Knowing.”
(Quran, 2: 261)

There are many ways to give Sadaqah, it does not have to be limited to only monetary forms. You could have already been giving Sadaqah even when you are not aware of it! Here are some different forms of Sadaqah:

Making Dua for Someone

To make dua for someone is to show that you care for someone. You could make dua for your parents, your relatives, your friends, your teachers, your partners, and many more. It goes to show how easy it is to give Sadaqah.

One of the deeds that do not have an end even when someone passes on is Spreading Knowledge. Especially when you are spreading knowledge to those who have difficulty affording it.

Providing a helping hand to those in need, even if you think that the help you give is insignificant, is one of the many different ways to give Sadaqah. Solving other people’s problems can also be a thing you can do for Sadaqah.

This may not be an easy way but it is probably very rewarding indeed. One way of giving Sadaqah is to be happy for someone or to be part of someone’s happiness instead of falling into jealousy. As we all know, jealousy is the easiest way to ruin our hearts.

“Smiling in the face of your brother (another) is an act of charity”.

Talking softly, smiling, greeting others, and meeting people is a form of Sadaqah. Being respectful towards the elders and youngsters and always being humble to others.

The Messenger of Allah SAW said:

“Whoever visits a sick person will remain in an orchard of Paradise until he returns.”

It is easy to think that Sadaqah is difficult especially when one is constrained monetarily but as we see above, sadaqah has many different ways that are really easy to do. Even if you choose to give Sadaqah through donations of your own possessions, it is like an investment for Akhirah. What we give on Earth (Dunya) is what we earn for Akhirah. That is the reason why when giving away your possessions, you are never at a loss when you perform Sadaqah.

Let us follow the Prophetic manners & Dua (sunnah) and incorporate these into our daily lives.