The capital and the social and cultural hub of India, New Delhi is one of the best metropolitan cities in the country. Historians believe that New Delhi is among the oldest cities in the world and its existence can be as old as 5000 years. There are numerous...more 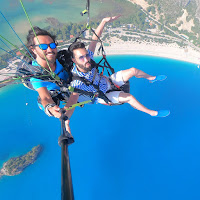 The capital and the social and cultural hub of India, New Delhi is one of the best metropolitan cities in the country. Historians believe that New Delhi is among the oldest cities in the world and its existence can be as old as 5000 years. There are numerous historical buildings in the city that represent its rich history. For Muslim visitors New Delhi offers a wide range of Halal facilities. From beautiful sightseeing to excellent shopping, New Delhi offers visitors a great travel experience. The city serves as a great starting point for exploring Northern India. It is close to several hill stations and also close to important cities like Agra, Jaipur, Chandigarh, etc.

New Delhi is an exciting destination that caters to the needs of all types of travellers. The city is divided into three main areas, Old Delhi, New Delhi and South Delhi. The area of Old Delhi is located just 5Km north of the city center and is concentrated with wonderful historic attractions like the Red Fort, Jama Masjid, etc. Around the city center visitors can see attractions like the Rashtrapati Bhavan and the Rajpath. The area of South Delhi is also known as the Qutub Complex and houses the UNESCO World Heritage Site Qutub Minar.

The city also has a plethora of museums and art galleries that give visitors an insight into the history, culture and heritage of the country. Some of the best museums to visit include the National Museum, Kiran Nadar Museum of Art, India Habitat Center, National Railway Museum, International Doll’s Museum, National Handicrafts and Handlooms Museum and the Nehru Memorial Museum. The India Gate and Jantar Mantar are also worth visiting landmarks in the city. There are also some beautiful and expansive green spaces in New Delhi that are good for visiting. These include the Mughal gardens, Lodhi Garden and Nehru Park.

When it comes to shopping, the markets of New Delhi present visitors with lots of excellent and enticing offers. The Connaught Place is among the best places to shop. The Palika Bazaar also has numerous shops offering various items. Other areas good for shopping are Paharganj market, Central Market in Lajpat Nagar, Khan Market, Chandni Chowk, etc. There are also several shopping malls in the city including the DLF Emporio, Ambience Mall and the Malls of Saket.

New Delhi is served by the Indira Gandhi International Airport. From the airport there are different ways of getting to the city. There is a metro line that connects the airport to the New Delhi Metro Station. It costs INR 150per ticket and takes about 20 minutes to traverse the distance. Buses are also available from the airport to different parts of the city; bus tickets can be bought from the counter in the Arrival Hall. The most convenient way to travel to the destination is by hiring a taxi. There is a pre-paid taxi counter operated by the Delhi Police. Taxi fares usually cost between 200-300 INR depending on the destination.

Things to Do and See in New Delhi