Beautiful Mosques of the UAE 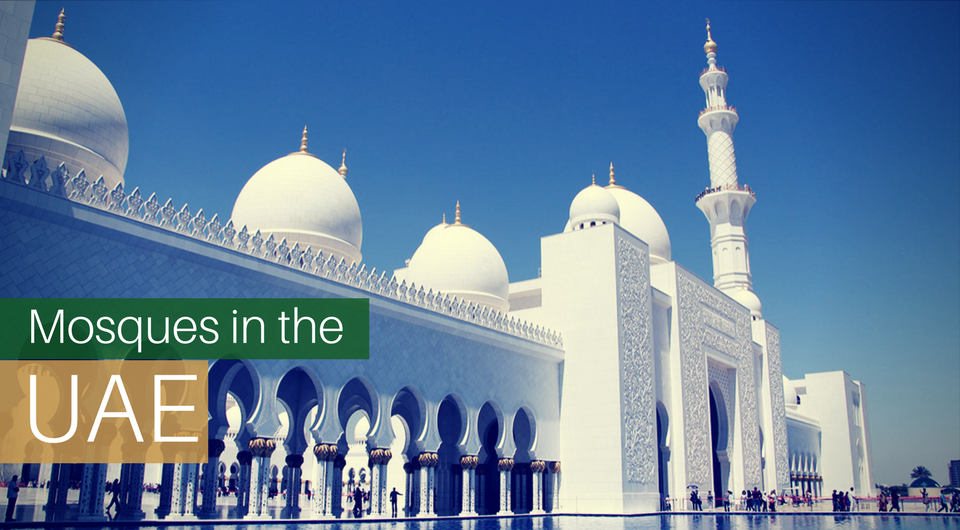 The United Arab Emirates is famous for its towering skyscrapers and amazing architecture. Known for their grand vision, ‘think big’ attitude and pushing the limits, the UAE applies this approach not just to modern goals but to balance the old and new. The presence of its culture and heritage is visible everywhere around the country, and it does a good job of creating mosques that stand out in design or blend into the surrounding area very well. Whether you are trying to find prayer places and mosques near you in UAE or make it a goal to visit the most beautiful mosques to see in UAE, here are some of the ones you cannot miss. 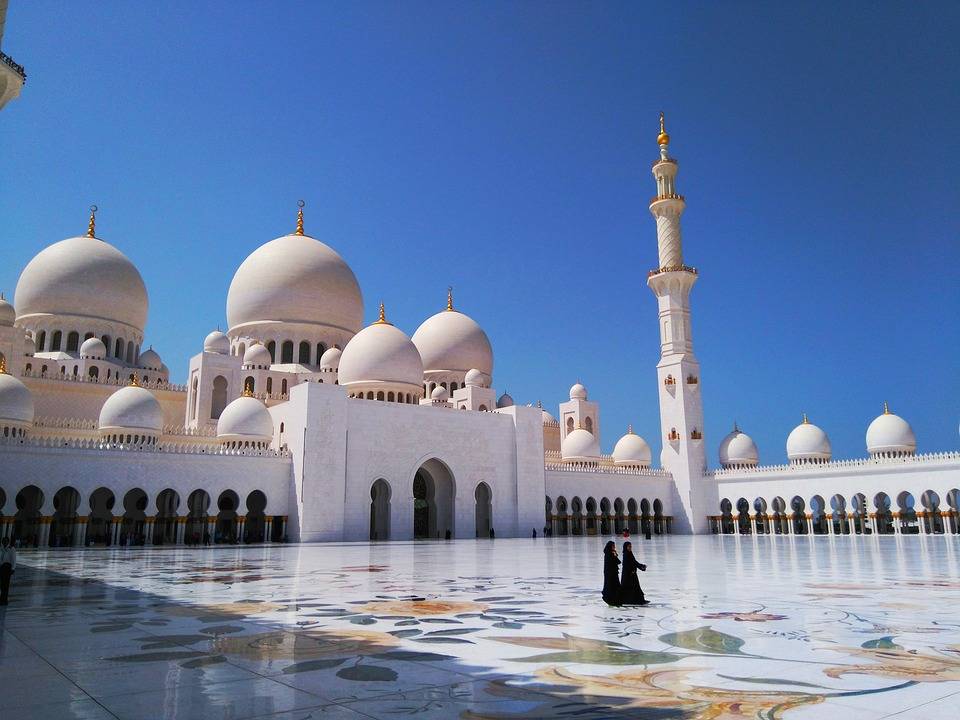 Of course, we would start with this one! Iconic in its own right and a major tourist attraction, some people visit Abu Dhabi just to take a look at this mosque. One of the biggest mosques in the UAE, it is also the National Mosque and where the previous ruler of the country, Sheikh Zayed’s resting place can be found. It is open to Muslims and non-Muslims alike, as long as they are decently covered. Traditional abayas and shawls are provided at the entrance to those who require it. The multiple domes, exquisite symmetry and intricate detailing all seem like something out of a movie (think Chamber-of Secrets-like bathrooms). 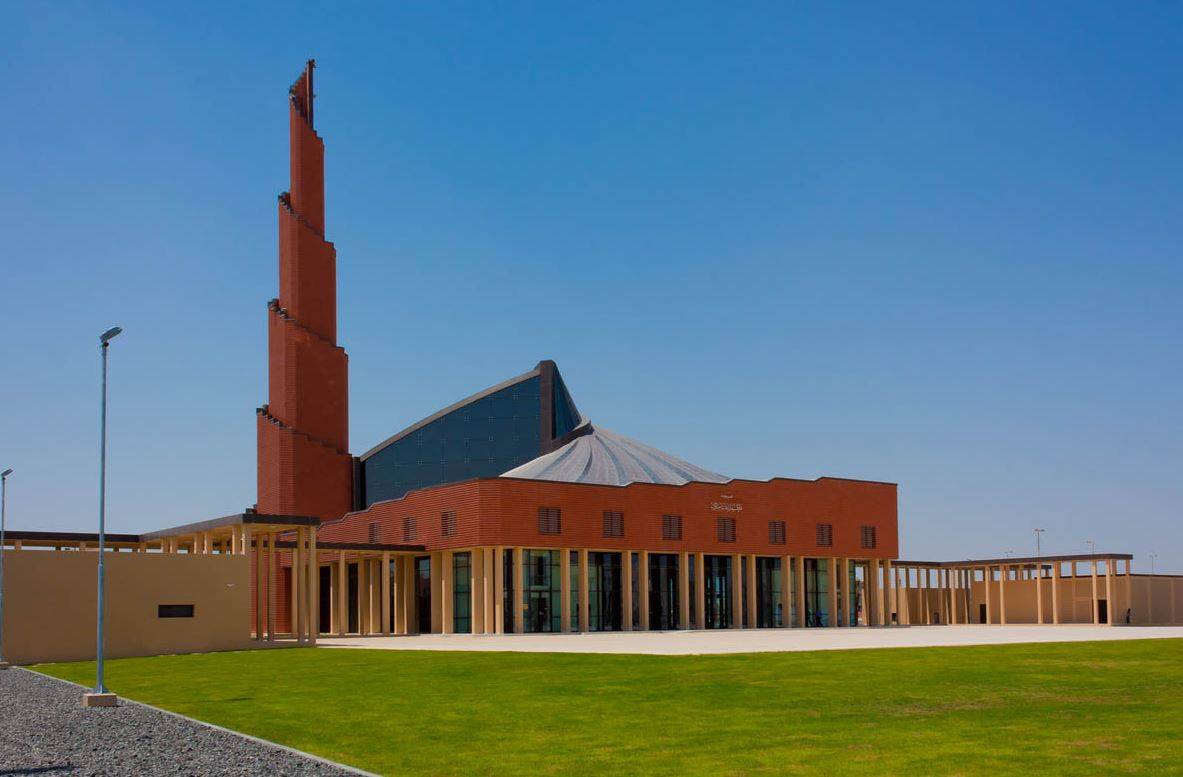 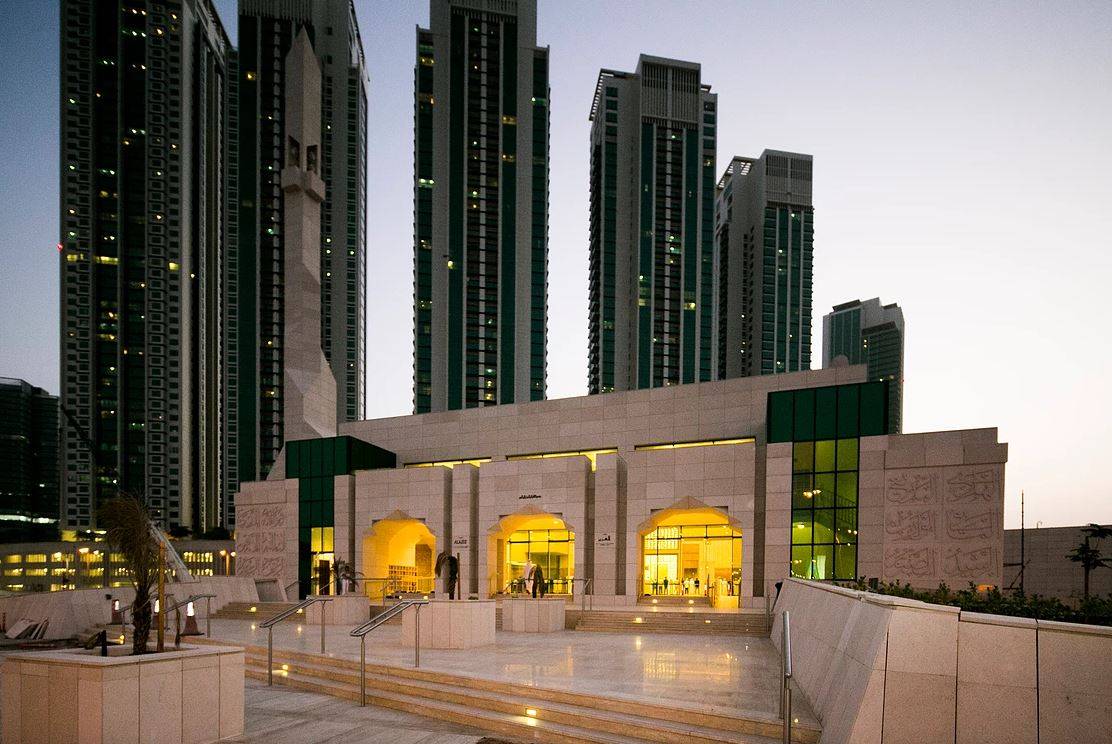 Truly a breath-taking sight to behold, especially at night, Al Aziz Mosque is a must-visit. Very different from the traditional mosques, it was built to fit in with its surroundings, yet it also stands out. During the day, Al Aziz Mosque showcases its triangular-cut minaret, glass fittings and walls carved with the Names of Allah in Arabic calligraphy. At night, however, light plays a major role in transforming the space. The minaret and dome are lit up in a unique way, and the calligraphy inscribed on the outside walls is also illuminated. Using optical fibres that transmit light through the stone – or light transmitting concrete – the walls come to life. The incredible outside invites worshippers to enter another world and leave this one behind when it the time for prayer comes. The mosque is as good inside as it is outside as it makes the most of natural light during the day, it recycles wastewater, uses energy efficient bulbs, and has an effective waste management system. 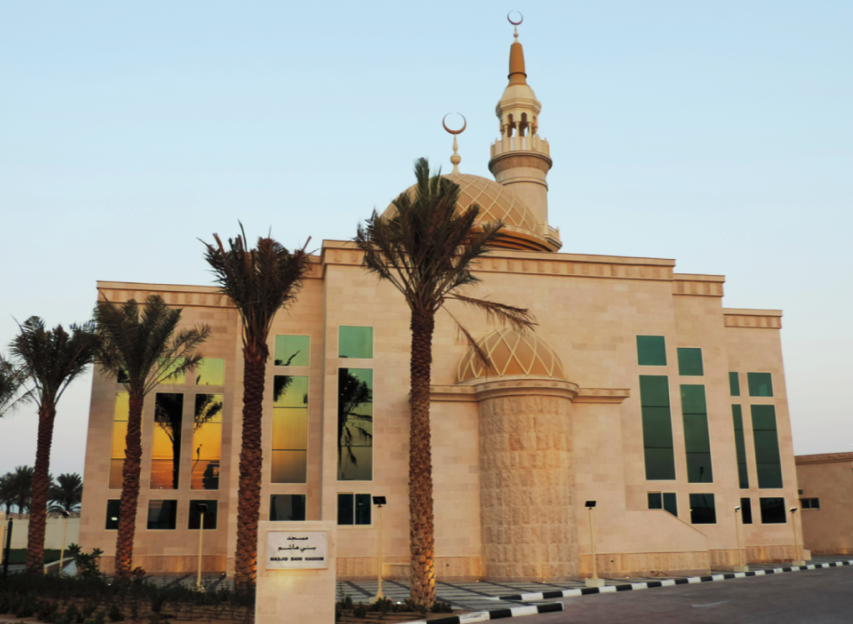 If you want to be transported to another place and time, look no further than Masjid Bani Hashim, close to Shangri-La Hotel, in Abu Dhabi. An exact slightly miniature replica of the Dome of the Rock Mosque in Jerusalem – down to the ruined pillars outside – the mosque has gained popularity since its opening in 2011 but its fame has been overshadowed by the likes of the Sheikh Zayed Grand Mosque, which is why it still remains to be fairly unknown. Away from the main roads and its noise, it offers a quiet spot to pray and reflect, while imagining being in Jerusalem. 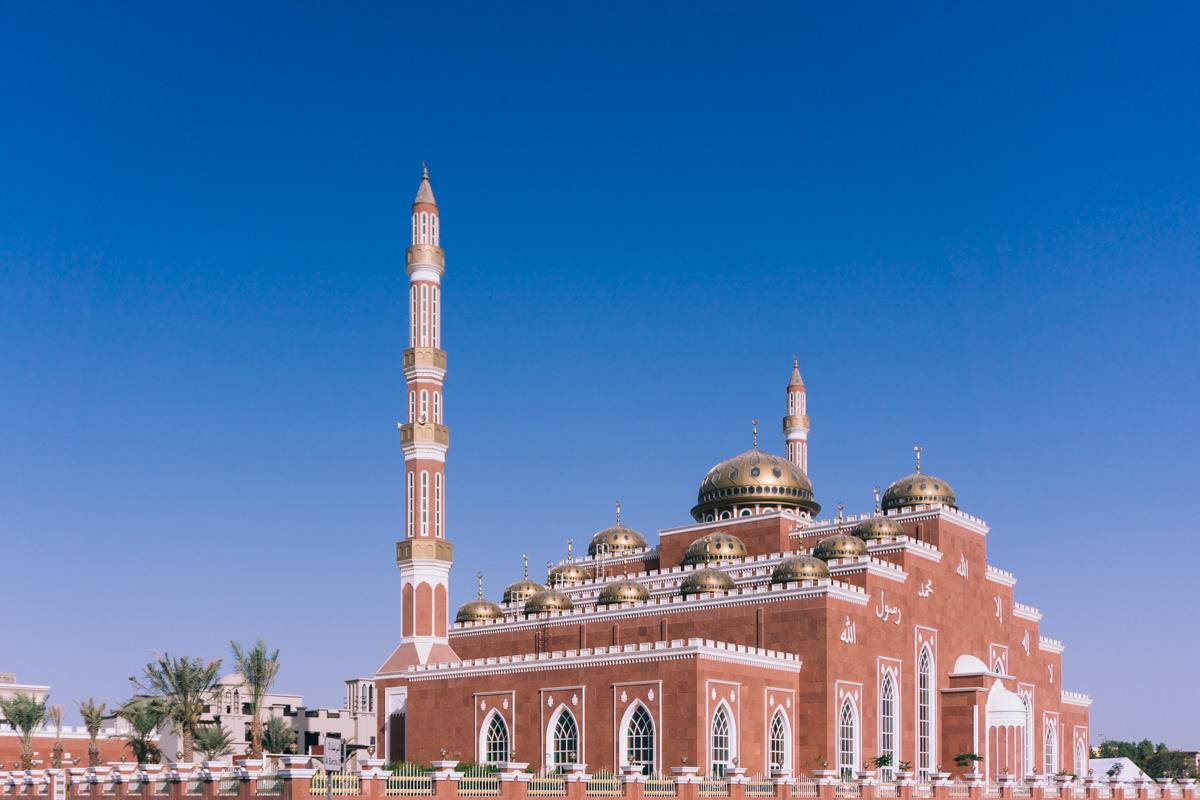 Located right behind Mall of the Emirates, you can take your prayer stop there instead of at a prayer room at the mall. It is a stunning building that stands out from afar – in structure as well as due to its reddish-pink exterior – and is a mix of Emirati, Andalusian and Ottoman architecture. 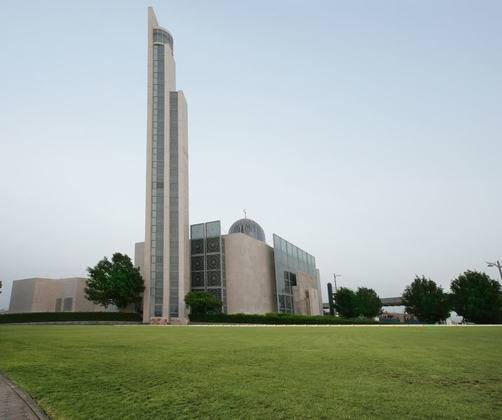 Only in touring the mosques in this country can you realise how different a basic structure with a dome and minaret can look. The challenge when designing this mosque on the Palm Island was to create a modern look that matched its surroundings. It achieved that with its slightly futuristic appearance made with glass, steel and stone, but it doesn’t take away from the peace worshippers find within. 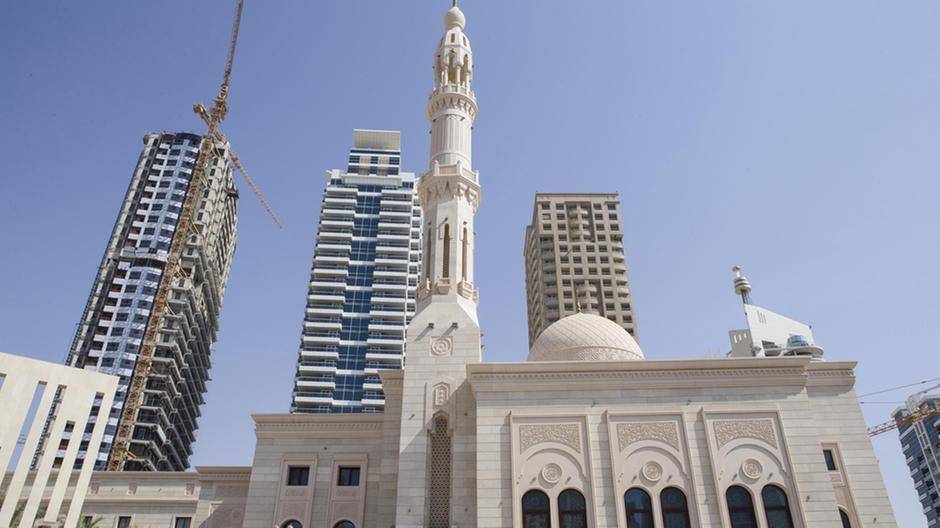 The only mosque in the Dubai Marina, Masjid Al Rahim seems regular enough with its warm beige exteriors. It sports a unique feature, however, in the form of a stand-alone piece with the words “There is no God but Allah” in Arabic cut out in block letters – not the usual calligraphy – at the side of the mosque. The interiors are exquisite in their white and gold detailing; with the chandeliers even being inscribed with Arabic calligraphy along the outside edges.

Click here for more information on the Masjid Al Rahim 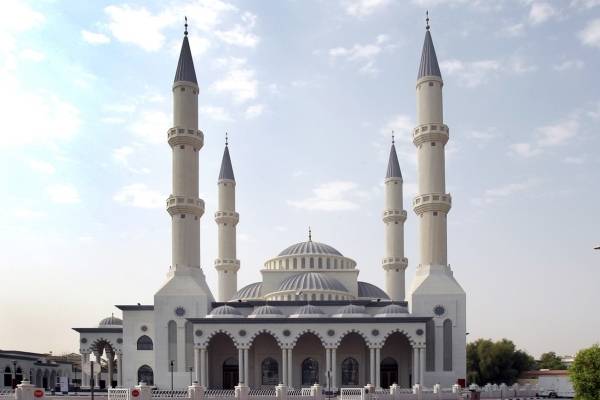 Inaugurated in 2011, Al Farooq Omar bin Al Khattab mosque became the third mosque in the UAE to open its doors to non-Muslims. Also known as the Blue Mosque due to its similarity to the Blue Mosque in Turkey, it takes design cues and interior detailing from Turkish and Andalusian architecture. Rather like a castle out of Disney from afar, the mosque’s many minarets stand out like spires. Al Farooq Omar bin Al Khattab Mosque was established in 1988 and expanded in 2003 until it was finally rebuilt in 2011 and can now hold 2000 people. 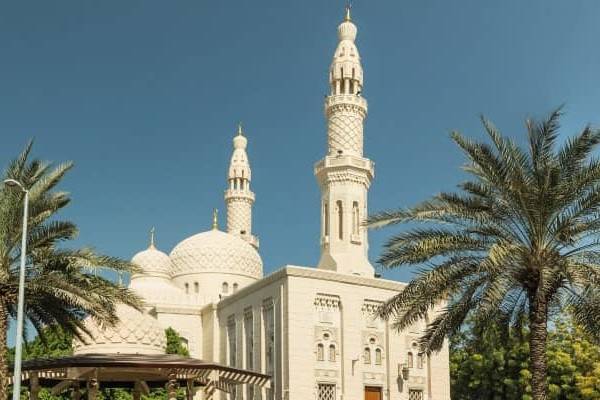 One of the most iconic mosques in the Emirates, it was the first one to be opened to non-Muslims as well, that allowed them a tour through the religious place. It was also the mosque used for the Adhan (call to prayer) on TV years ago, bringing it its fame. Before the introduction of the grand mosques visible in the UAE today, Jumeirah Mosque, built in the late 1970s, was one of the most photographed mosques. Built in the medieval Fatimid tradition, the Jumeirah Mosque is one of the attractions in UAE.

Click here for more information on the Jumeirah Mosque 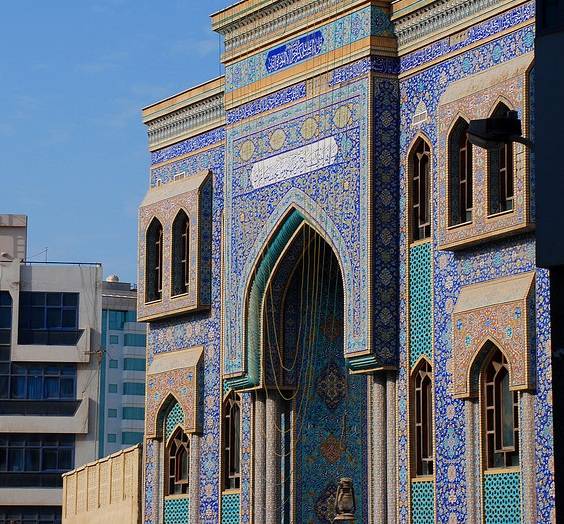 The only Iranian mosque in UAE, you cannot miss this mosque located a short distance from the Jumeirah Mosque. Its Persian influences are clearly visible in the mosaic-patterned exterior that stands out in all its colourful glory, blue being the dominant hue. It also includes a library with over 14,000 books and has weekly tours run by the Sheikh Mohammed Centre for Cultural Understanding for non-Muslims.

Click here for more information on the Iranian Mosque 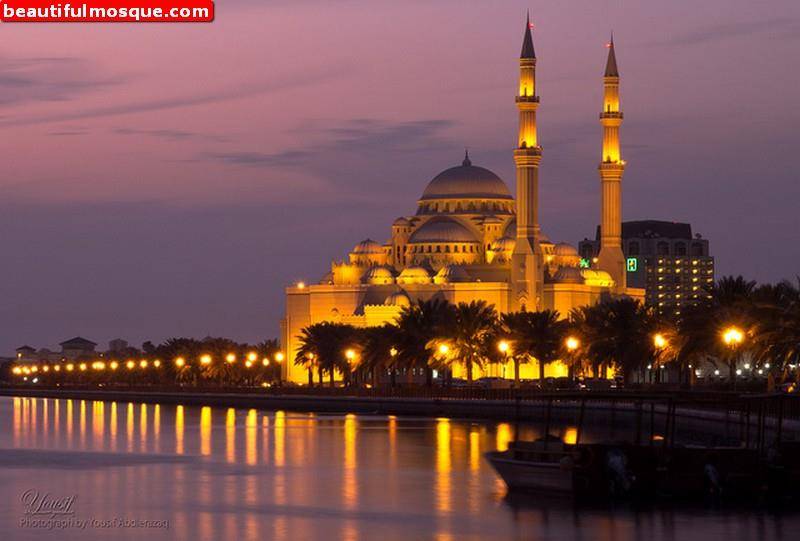 Built at the Sharjah Corniche, Al Noor Mosque also opens its doors to non-Muslims. It stands out with its 34 domes and Turkish Ottoman architecture and can accommodate over 2000 worshippers. At night, it lights up like a party.

Click here for more information on the Al Noor Mosque 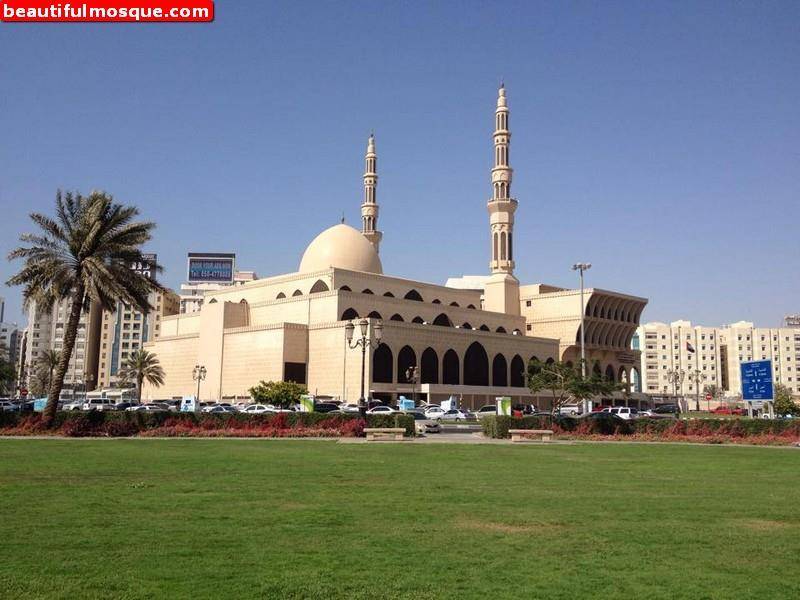 One of Sharjah’s largest mosques, King Faisal Mosque can host up to 17,000 people. Constructed in the 1980s, it has a unique style not visible in the more modern places of worship. The architect, hailing from Saudi Arabia, was determined to keep the design as simple as possible so as to not distract worshippers. The large courtyard inside the walls of the mosque sports plenty of pillars on all four sides to help the people praying to maintain straight rows. Until the opening of the Sheikh Zayed Grand Mosque in Abu Dhabi, King Faisal Mosque was the largest one in the UAE.

Click here for more information on the King Faisal Mosque 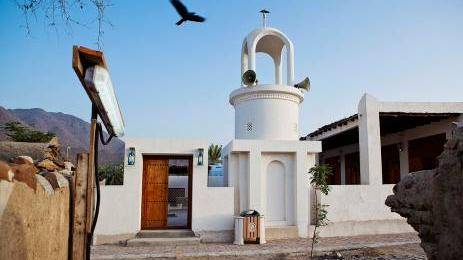 The second-oldest mosque in the UAE, Salem Al Mutawwa Mosque is famous for being the mosque that appears on the 5 Dirham banknote. Talk about a landmark. Built over 200 years ago, it is very simple in its architecture and named after a local resident who never missed a prayer at the mosque. 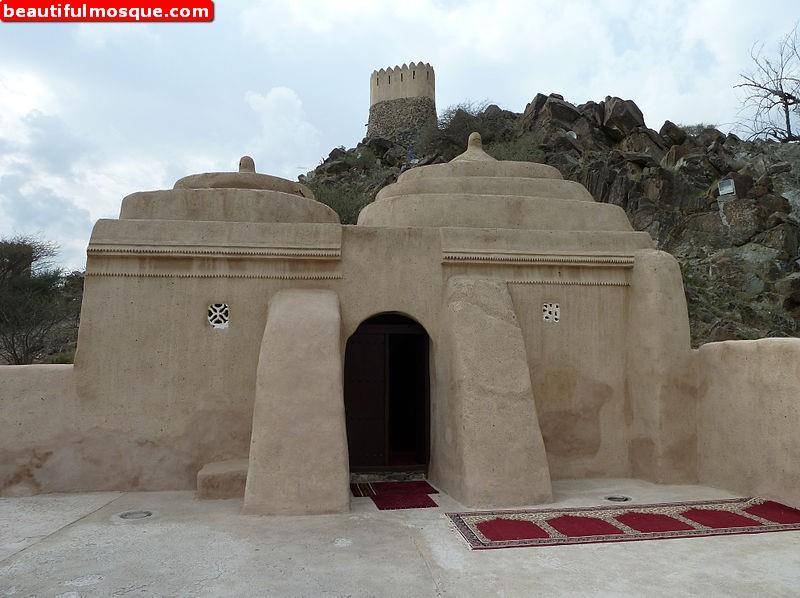 You cannot visit the UAE and not make a trip to Fujairah if only to see the oldest mosque in the country. It was constructed during the Ottoman period in 1446 and, compared to the mosques of today, it resembles a mud hut. It still stands though and is still in use by worshippers.

Click here for more information on the Al Badiyah Mosque

This is not, by far, a complete list of mosques in the United Arab Emirates. There are many incredible and photogenic mosques in the UAE, as well as those with plenty of history, and if you happen to visit any of them outside the ones mentioned here, do update us via the HalalTrip App. The Dubai mosque list, in particular, can have plenty more added to it. You don’t just have to be looking for a place to pray when you vacation in UAE to visit these mosques, but you could make it part of your itinerary to cover all these and more in your travel to UAE. Pictures don’t do justice to the breath-taking beauty that is visible here.