Discover the History and Culture of Jordan 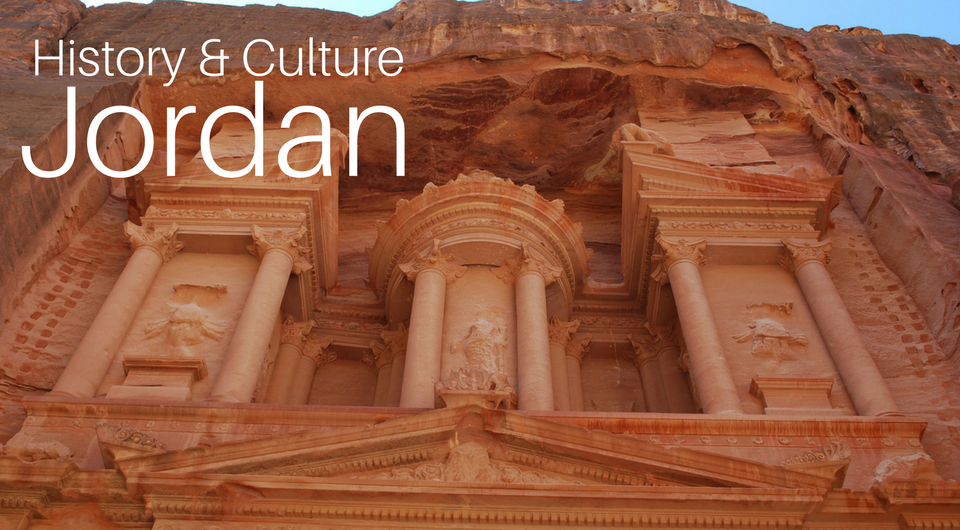 Everyone knows that Jordan is a country that is deeply rooted in its history and culture, but only those who visit it understand the true magnificence of it. Jordan is one of the most fascinating countries n the world, filled with amazing heritage sites, beautiful desert landscapes, ancient ruins, seaside resorts, and so much more. Jordan is also one of the safest countries to visit in the region.
Of course, when travelling through jordan, it'd be hard not to experience the history and culture of Jordan because there are so many historical locations to see, many of them also UNESCO World Heritage sites. The country has a sort of mysticism that makes you feel like you've stepped into another time and place. A trip to Jordan is sure to leave you with unforgettable memories!
Here are some of the must-visit cities, attractions, and heritage sites on your Muslim-friendly tour to Jordan: 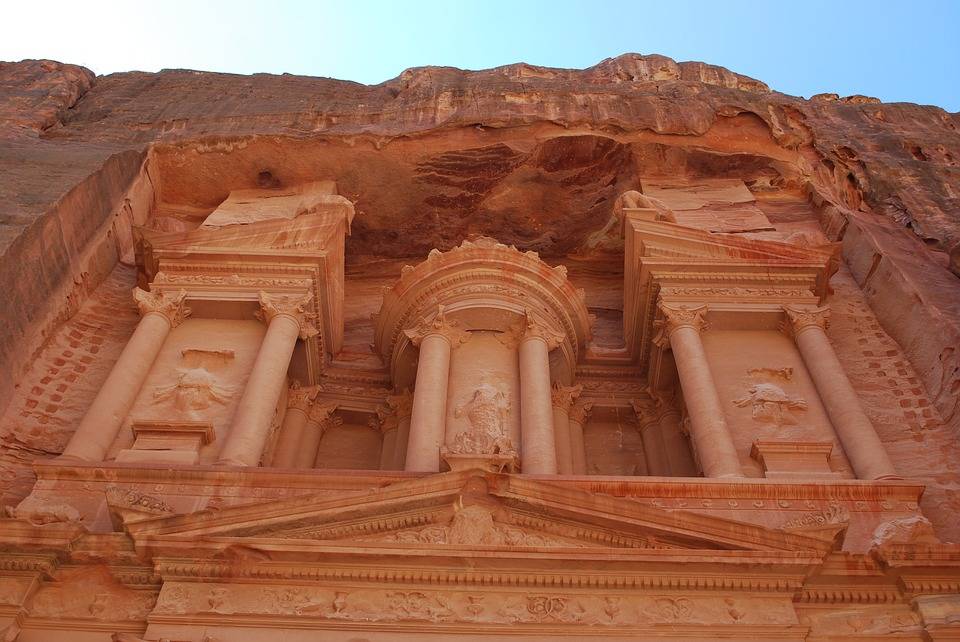 Petra is the most famous historic attraction in Jordan, and one of the most wondrous places to visit in the world. Thousands of years ago, the city of Petra was a thriving civilization that was the capital of the Nabatean kingdom. A cataclysmic earthquake destroyed the city and it lay abandoned for centuries until a Swiss explorer disguised himself as an Arab to infiltrate the city and explore its ruins. 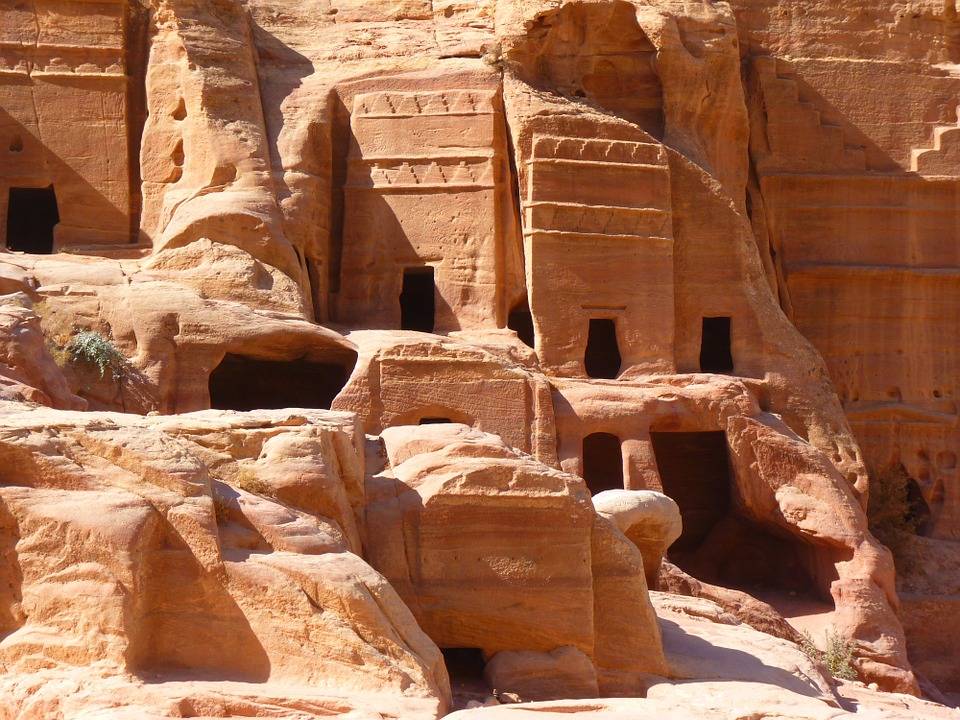 Set inside a deep narrow desert gorge, it is also known as “the pink city” because everywhere you see, there are shades of dusky pink. The walls on both sides measuring about 200m high make for an awe-inspiring sight. Walking amongst and into the buildings, you'll witness archways, rooms, baths, temples, a massive 1st-century monastery, and even a 3000-seat open air theatre. Petra is a UNESCO World Heritage Site. 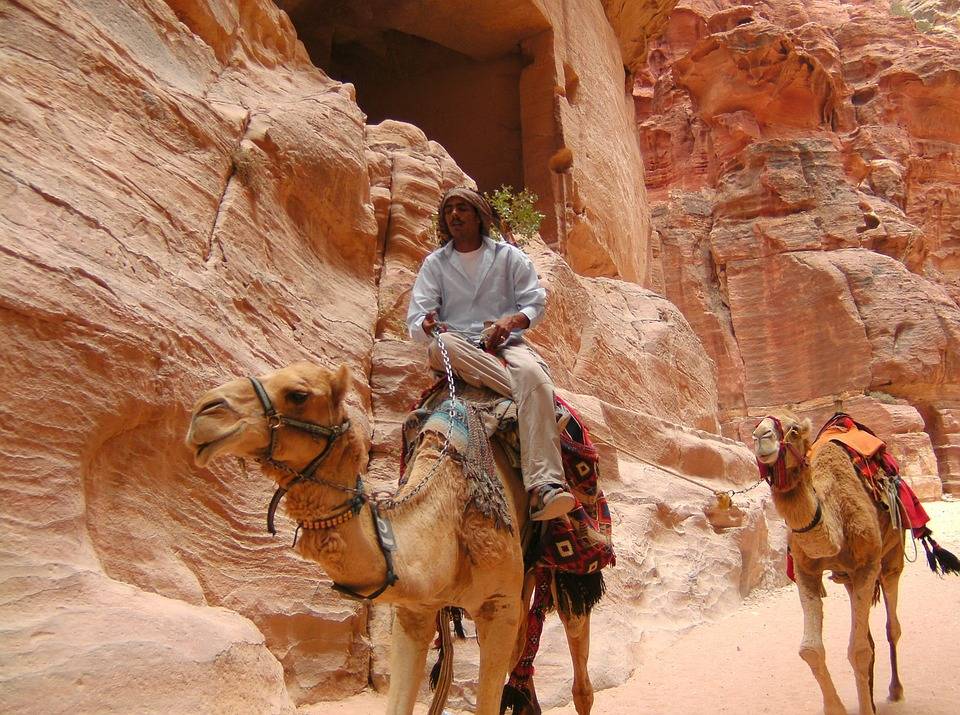 Petra is located centrally, so it's easy to reach. If you are flying in, Aqaba airport is the closest (1.5-hour drive). You will also need to buy tickets before entering Petra at Wadi Musa, the nearest town.

Find nearby prayer places and Mosques in Petra 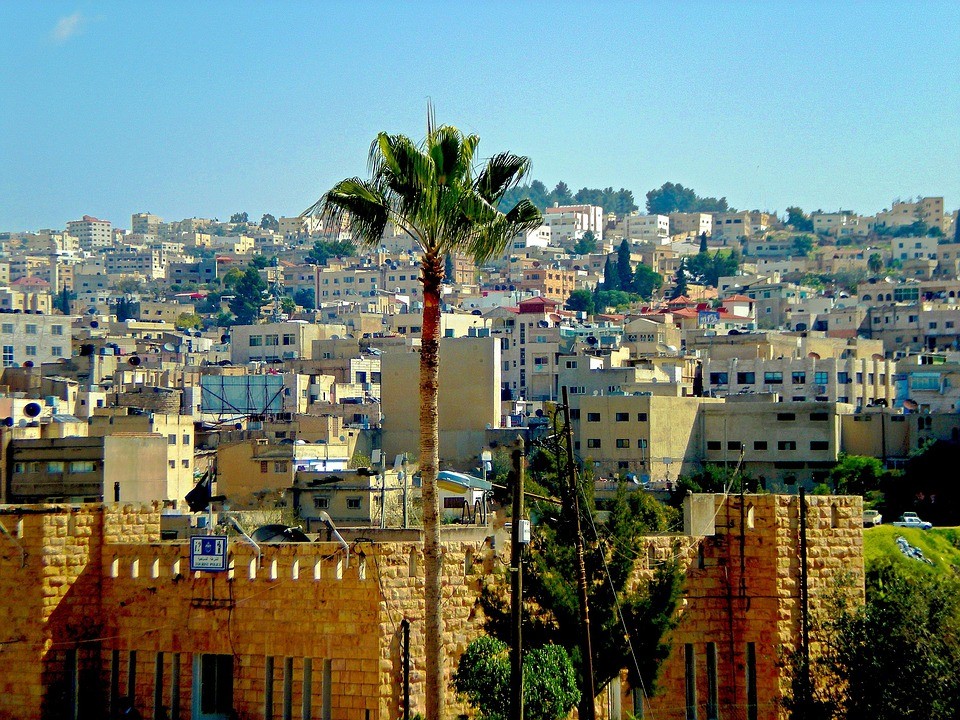 Amman is the capital and most populous city in Jordan, as well as being the political, cultural, and economic centre. About half the country's population lives in Amman, and the city seamlessly blends modern architecture and a quiet youthfulness amidst a landscape of the remnants of ancient civilizations. 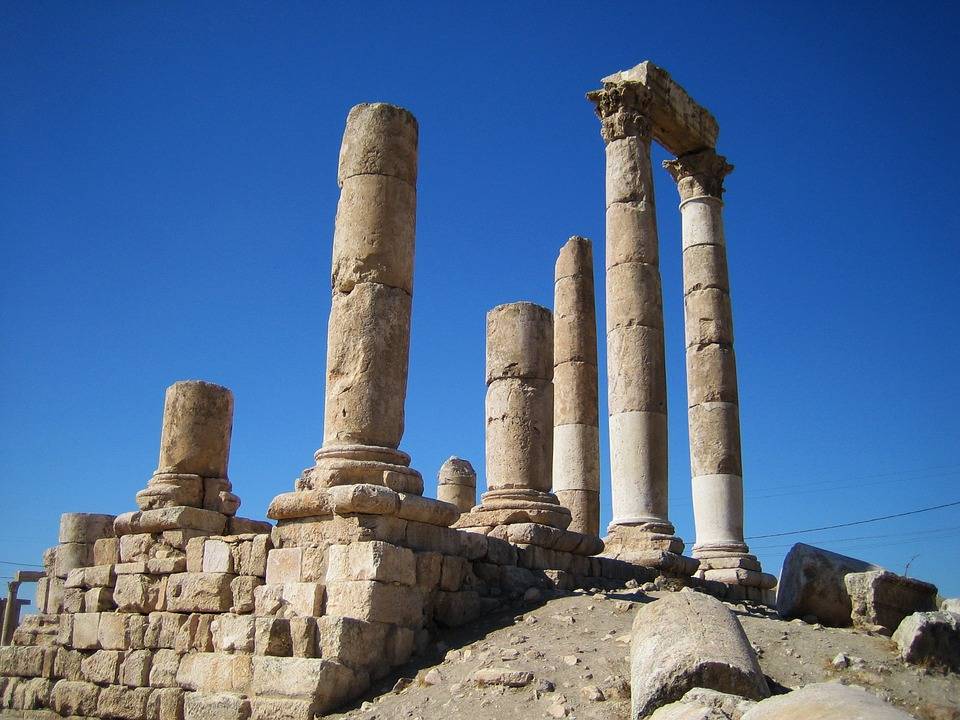 The city is set on 19 hills or “jebels”, and is situated ideally between the desert and the prosperous Jordan valley. The vibrant population and culture is very prominent here. You can visit sites like the Roman Theater, the Citadel, Rainbow St. and more.
You can arrive at Amman by plane at Queen Alia International Airport, from where you can either take a taxi, or a train or bus ride to the city.

Find nearby prayer places and Mosques in Amman 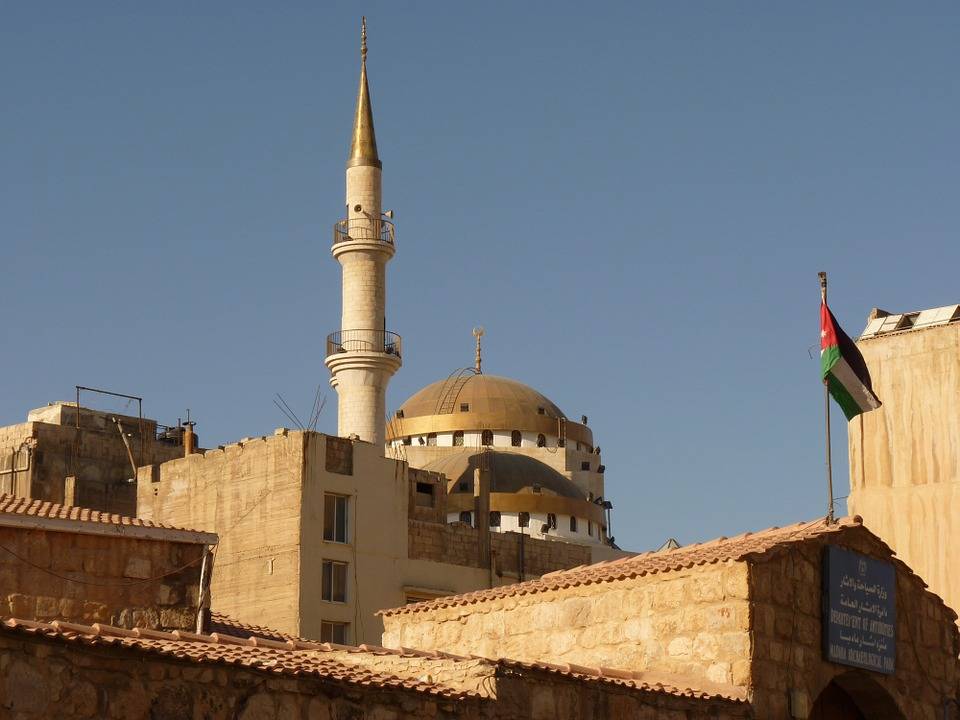 Best known for its Byzantine-era mosaic map of the city of Jerusalem and parts of the Holy Land known as the “Madaba Map”. This town has a long and deep-rooted history that you can explore on your Muslim tour to Jordan. This market town also has many more mosaic maps depicting villages, valleys, plants, and more, thus earning itself the nickname “the city of mosaic maps”.
In Madaba, you can enjoy the amazing views of Mount Nebo, the field of dolmens at Wadi Jadid, or famous attractions like the Madaba Archaeological Park, or the Madaba Museum. Madaba is situated about a half hour from Amman. You can reach this city by booking a service taxi, or by bus.

Find nearby prayer places and Mosques in Madaba 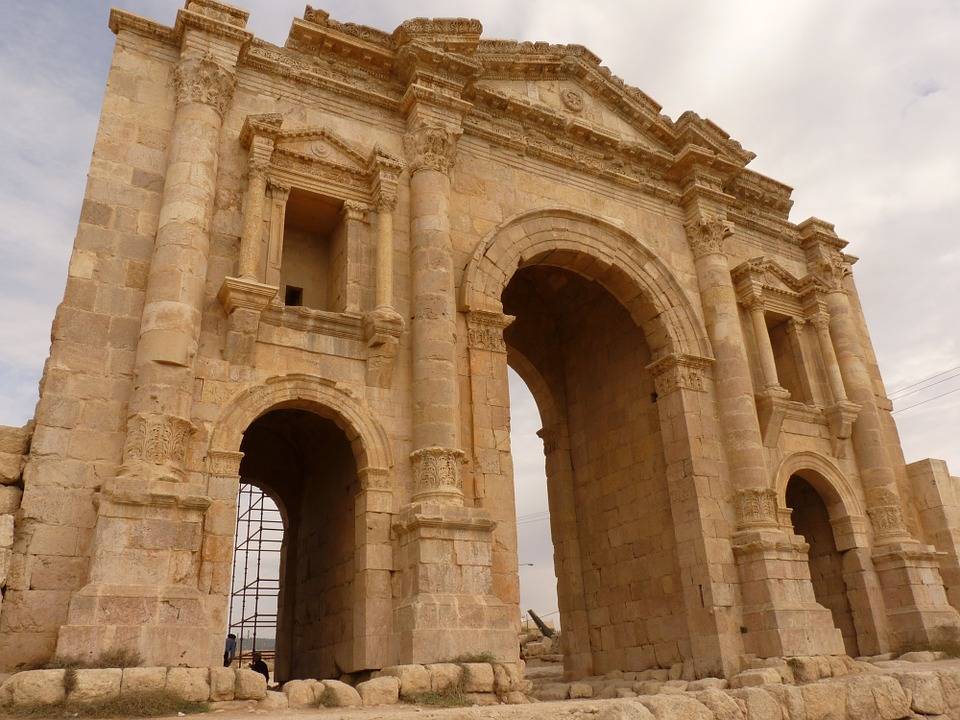 Second, only to Petra, Jerash is another popular destination to add to the list of places to experience history and culture in Jordan. The history of this city comes from a mix of the Greece-Roman world of the Mediterranean Basin, and the old traditions of the Arab Orient. 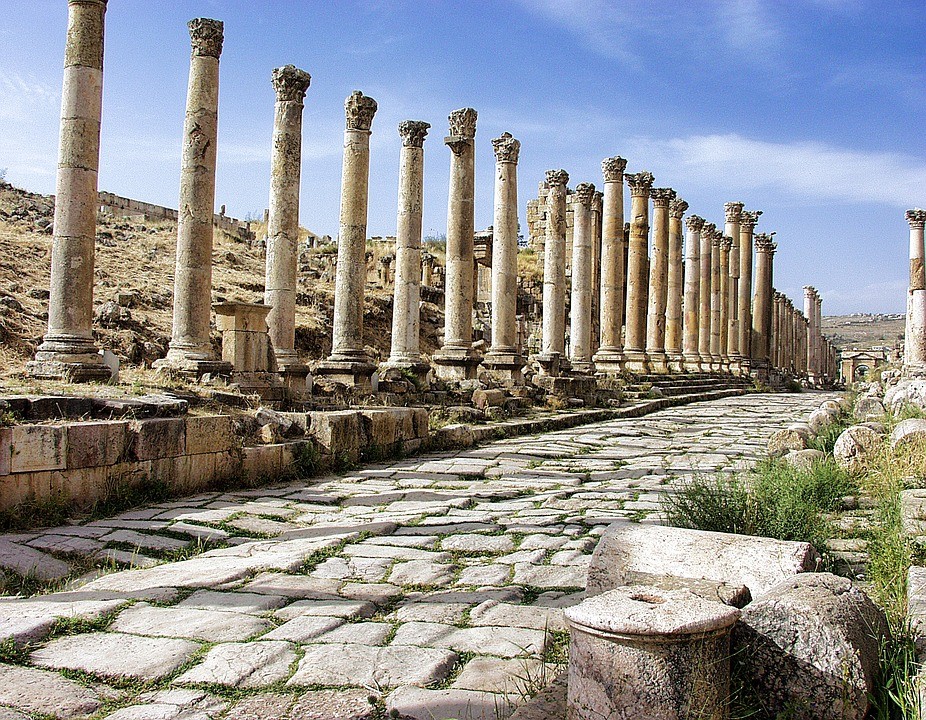 The Roman Ruins of Jerash are a must-visit location to add when you're booking your Halal holiday in Jordan. The iconic limestone plaza and columns are sure to impress. Although it was abandoned for quite some time, it now has a population of about 60,000 people and has been the site of many archaeological discoveries dating back to the Neolithic Age.

Find nearby prayer places and Mosques in Jerash 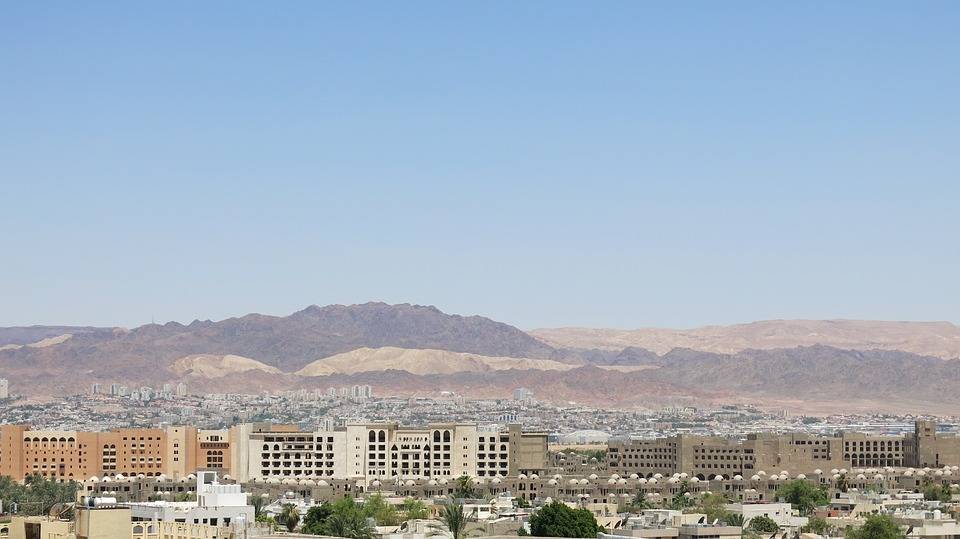 Aqaba is the only seaside town in Jordan, and definitely the place to go if you're looking to relax. It is the largest and most populous city in the Gulf of Aqaba and has a vibrant culture that draws visitors. It holds a quiet charm and is the ideal place to take a break on the way to fun activities like diving and snorkelling. Enjoy beautiful landscapes, gorgeous sandy beaches, and azure waters of the Red Sea. Relax in spas, take part in sea activities, enjoy delicious food, visit places like the Aqaba Heritage Museum and immerse yourself in the most fun part of Jordanian culture! 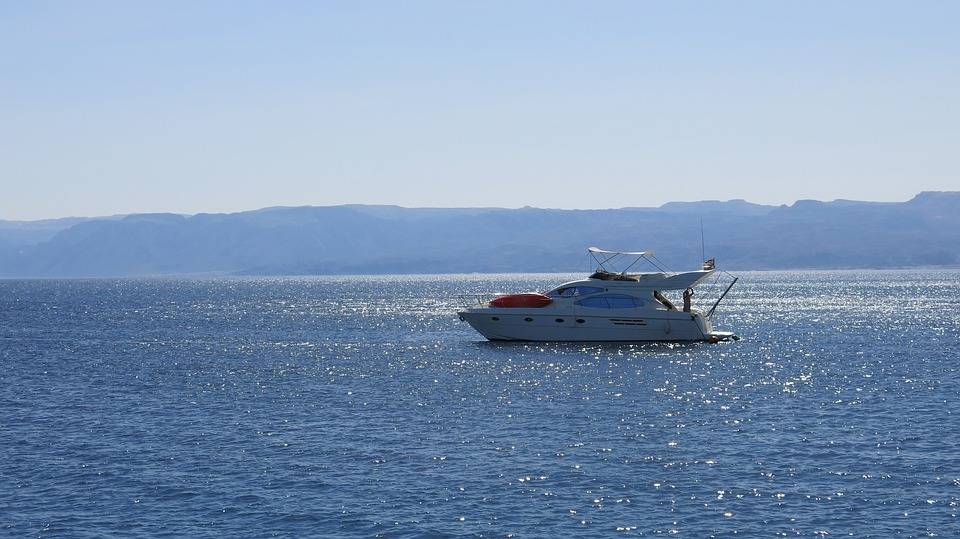 You can reach Aqaba by ferry from nearing countries, and you won't even need a visa as the city is a Free Trade Zone. You can fly into The King Hussein International Airport from Amman or other parts of the world. You can also take a car, taxi, or bus ride.

Find nearby prayer places and Mosques in Aqaba 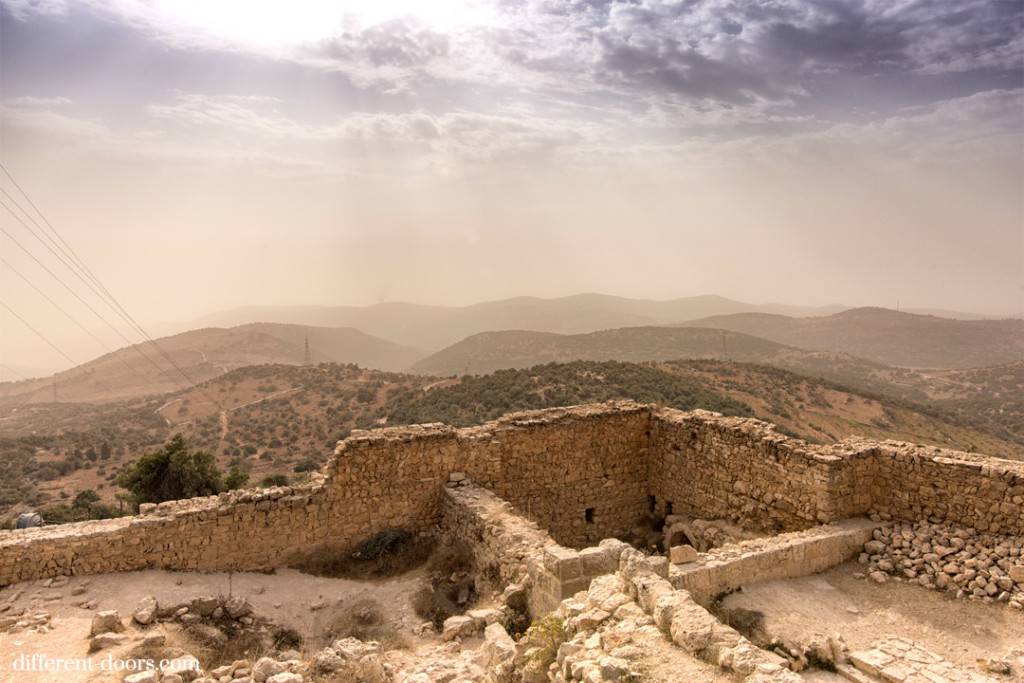 This northern city in Jordan is situated north-west of Amman, a short drive from Jerash. the journey from Jerash takes you through stunning pine forests and olive groves. This historic town has many places where you can discover Jordan and it's past. 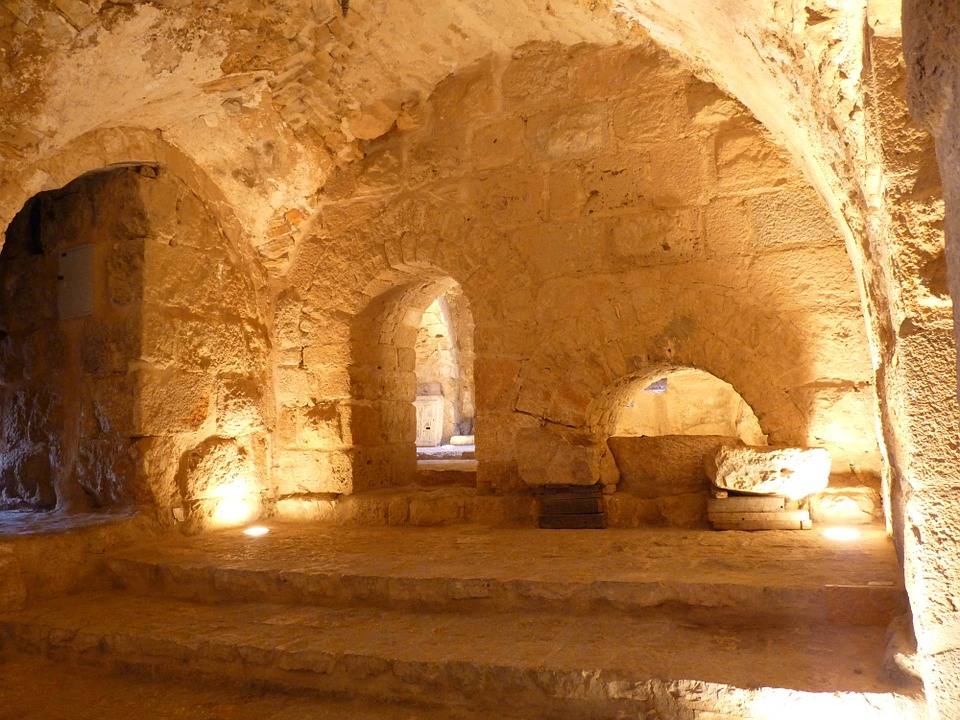 Among the sites to see is the 600-year old Great Ajloun Mosque with minaret built of stone, the extraordinary 12th century Muslim Ajloun Castle built on top of Mount Ajlun, the Ajloun Nature Reserve, and more.

Find nearby prayer places and Mosques in Ajloun 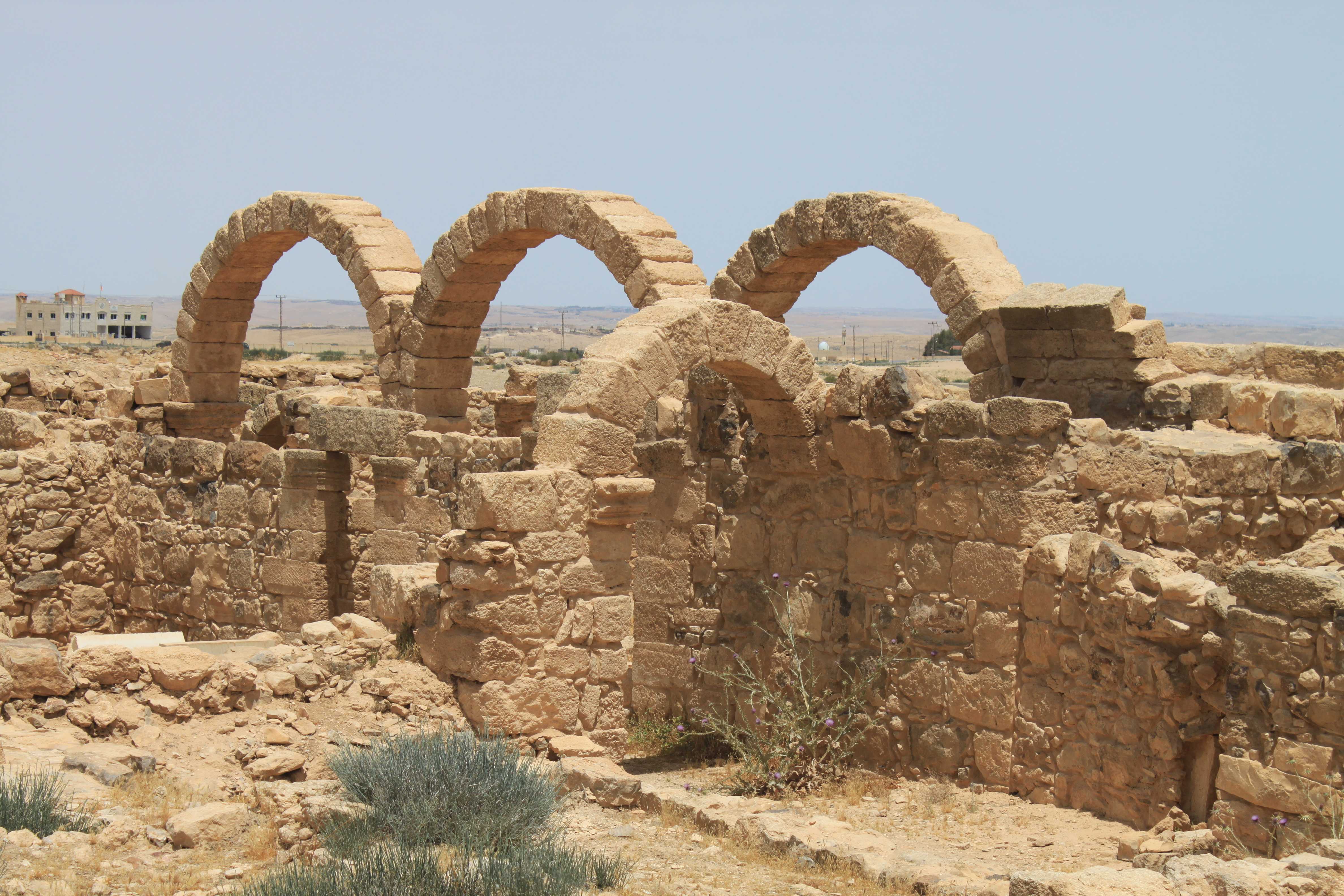 Situated little ways from Madaba, Um er-Rasas is an archaeological site that is home to the ruins of ancient civilizations of Romans, Byzantines, and Muslims who lived in the area. Most of the massive site remains yet to be excavated, but among what has been discovered include a military camp and quite a few churches. 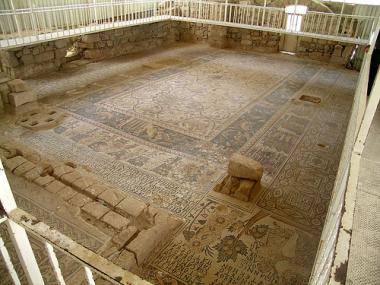 Picture Credit - www.world-discovery.co.uk/
Um er-Rasas is also known for its majestic Byzantine-era mosaics, the most famous of which is the floor of the Church of St. Stephen, the largest to be perfectly preserved in the world to this day. Today, Um er-Rasas is a UNESCO World Heritage Site. 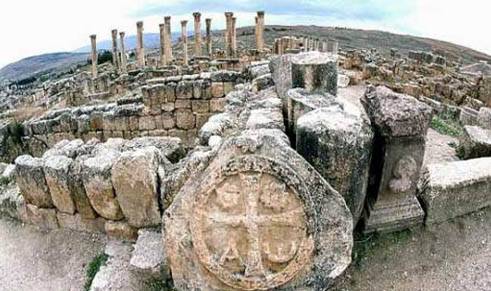 Situated along the Jordan Valley, the ancient city of Pella is one of the ten Roman Decapolis cities founded during the Hellenistic Period. This city is a favourite among archaeologists, thanks to the vast number of opportunities for discovery that it offers. The ruins of Pella tell the story of the civilizations of the past, all the way from the stone age to the medieval Islamic era. Today, it lies a few kilometres away from the modern Arab village of Taqabat Fahl. 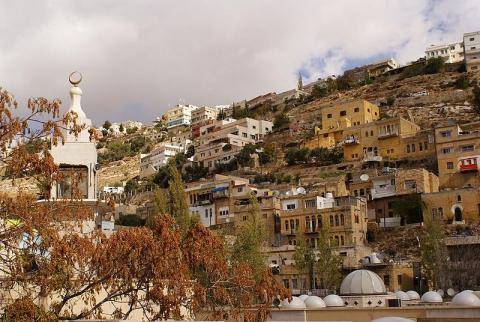 Al-Salt is another great city to visit on your Halal trip to Jordan. The Ottoman-influence on the city is quite apparent from the moment you lay eyes on the city, particularly through the architecture and the colour tones of the buildings. This agricultural town in west-central Jordan thrived in trade in the late 19th and early 20th centuries before Amman became the capital of Jordan.
There are many things to do in Al-Salt, from visiting the vibrant markets, the historic Abu Jaber Museum, Zayy National Park, and more. You can reach Al-Salt by a mere 30-minute drive from Amman.

Find nearby Halal food places in As- Salt, Jordan

Find nearby prayer places and Mosques in Al- Salt

Having trouble deciding where to travel to? Check out Halal Trip's lists of top destinations to travel in 2018.