6 Islamic World Heritage Sites to Travel to in 2023

Islamic Heritage sites are distributed all over the world, even in the most unexpected places. And the greatest thing about these Islamic World Heritage sites is their diversity.

It's really something remarkable to explore how Muslim cultures from all over the world share the same faith and Islamic rites, yet each culture has its special quirks and peculiarities that set it apart from the others.

So, what Islamic world heritage sites interest you the most? Have you visited any? If not, this article is about the top 6 Islamic World Heritage Sites to visit in 2023. Let's see if any of them will pique your interest.

This is not a list that's ranked from the best to worst, nor a list of the most important 6 Islamic Heritage Sites in the World. This is just my biased list, which is apparent from my first pick: Fez, the city where I live.

Anyway, let's get into the meat and potatoes of this list. 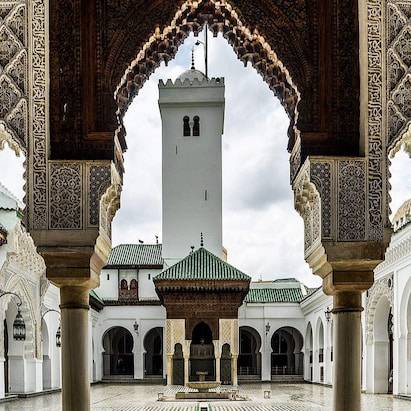 The Old City of Fez is known as the Fez el Bali, which can either be translated as old Fez or outdated Fez; it's also known simply as the Medina.

This car-free zone is a UNESCO World Heritage Site for a good reason. Aside from being the biggest medieval city that's still preserved, it's home to the world's oldest university: al-Qarawiyyin Mosque.

The al-Qarawiyyin Mosque is one of the most important educational institutions in the history of Islamic culture, along with Al Azhar in Cairo, Egypt.

When we talk about the Golden Age of Islam (the era from the 8th to 14th century), al-Qarawiyyin mosque always comes up as one of the intellectual hubs that contributed a huge deal of wisdom to the Islamic heritage. 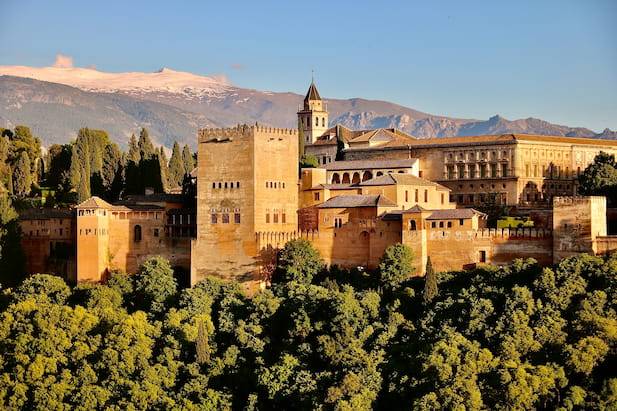 Alhambra Palace is one of Spain's most important historical sites, attracting two million visitors each year, many of which are Muslims. Similar to the other entries on this list, the Alhambra palace marks an important period in Islamic history, the Golden Age of Islam.

At the height of the Islamic Golden Age, the southern part of Europe was under Islamic dominion; it's known as Andalusia. The inhabitants of Andalusia, known as the Moors, were very sophisticated people who innovated a great deal in science, medicine, and architecture.

Alhambra stands as a testament to that period of Islamic history. 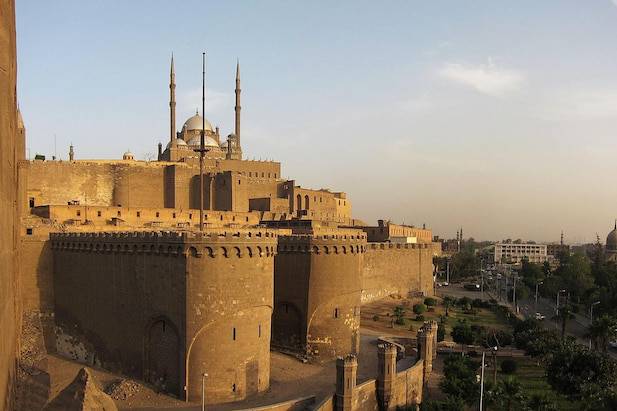 The City of a Thousand Minarets, also known as Historic Cairo, was built East of the Giza Pyramids by Muslims in the 10th century.

Historic Cairo is home to various important monuments such as the Citadel that Saladin Ayubi built on top of the highest hill in Cairo.

Saladin was the virtuous Muslim monarch who united Egypt and Arabia to defeat the Christian Crusaders and save Jerusalem in the 12th century; the Citadel on top of the hill was his headquarters. 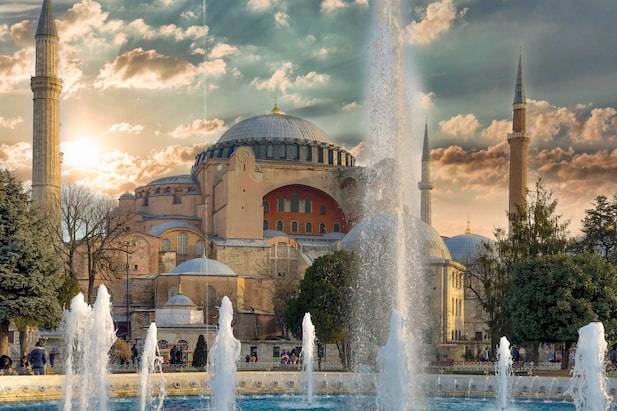 Hagia Sophia stands out as one of the greatest testaments to the power of the Ottoman Empire. What was once built as a cathedral by the Greek Orthodox church in 360 AD was converted into a Grand Mosque after the conquest of Constantinople by the Ottomans in the 15th century.

The cheer history and richness of events that Hagia Sophia stood through make it one of the most significant Islamic heritage monuments in the world.

Hagia Sophia is no longer a mosque, as of 1935; it became a museum ever since. However, in 2020, the Turkish government decided it was time to pray again in Hagia Sophia for the first time in 86 years.

5. Dome of the Rock, Palestine 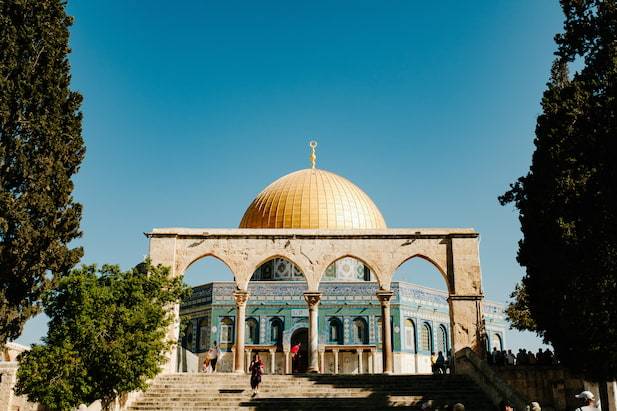 Here's what I should've done, I should've put the Dome of the Rock at the top of this list because of how much of an iconic place for all Muslims this sacred mosque is. But, again, it's a biased list.

The Dome of the Rock marks a period in Islamic history when the message was in its youth. The Dome was built between 685 and 692 by Abd al-Malik, one of the most important Umayyad caliphs.

But most importantly, the Al-Aqsa Mosque (which is the whole area that includes the Dome of the Rock), is an important place for Muslims because that's where the Chronicles of Isra' and Mi'raj took place.

And before that, the whole place is situated where the First and Second Temples of the Prophet Solomon used to stand, hence all the religious conflicts tied to the place. 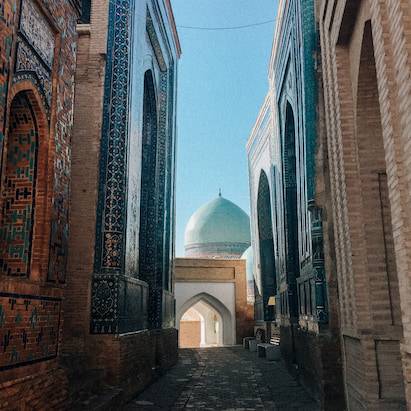 Samarkand is a mesmerizing place with other-worldly monuments that show the genius of Muslim architects and exterior/interior decor artists.

What's fascinating about the dazzling blue architectural landmarks of Samarkand is that they've always been under repair. Some of the oldest buildings are more than 600 years old, and yet they seem as if they were built a few decades ago.

Put shortly, Samarkand must be on your bucket list if visiting Islamic heritage sites is your schtick.

So, have you decided yet what Islamic cultural heritage site you'll visit in your next 2023 vacation? Have you picked a spot from my list? Or do you already have plans to visit a spot that I haven't mentioned? Let me know in the comments.