Mosques in the UK: A Brief History & the Top 6 Mosques

It might come as a surprise to you, but mosques have been in the UK for quite a while, perhaps more than what you're thinking. The history of Islam in Europe is quite noteworthy, especially from the late 19th century to our times. In the UK there are at least 1,500 mosques, which is not surprising because approximately 3.3 million Muslims live there.

The Muslim community in Britain is growing quite significantly with the newer generations following the path of their ancestors, along with others who converted to Islam. It wouldn't be a surprise if the number of mosques doubles soon.

So, what is the history of mosques in Britain? And most importantly, what are the best mosques that you can visit in the UK? Let's explore that!

History of Mosques in the UK 101

Early History of Mosques in the UK 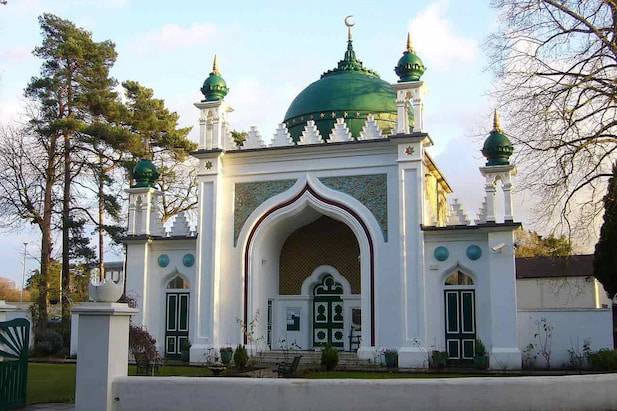 First of all, the dawn of mosques in Britain goes back to the 19th century. The very first mosque that was purposefully built in the UK is Shah Jahan.

Built by Gottlieb Wilhelm Leitner, a Jewish Orientalist and academic in Woking Surrey back in 1889, Shah Jahan captures the passion this man had for Islamic culture.

The architect of Shah Jahan referenced many sources of Islamic architecture as an inspiration, with the 18th-century Indian Mughal style as the main one.

From that onward, mosques started to pop up across the UK over the following decades. As you already know, a mosque can be any place that is clean and has free space to house many people. So, the Muslim community didn't necessarily build mosques with domes and minarets back in the early days.

Get Directions and Learn more about the Shah Jahan Mosque here

Early 20th-century History of Mosques in the UK 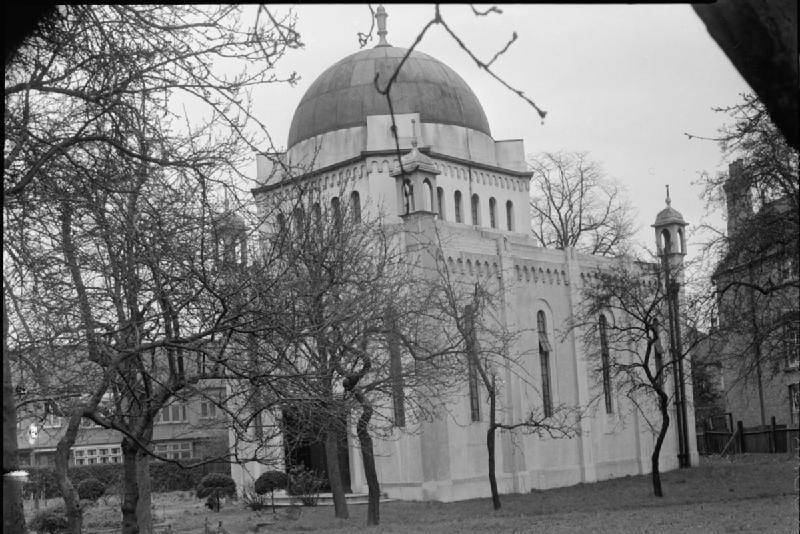 Fazl Southfield Mosque, also known as the London Mosque, is the second mosque that was built in the UK back in 1925.

This mosque is quite fascinating because it marks a transitional period of Western history.

The mosque fuses the elements of Islamic architecture with the modern Art Deco style of the 20s.

Mid-20th-century History of Mosques in the UK

Ever since the community of Muslims began to grow in the mid and late 20th century, many mosques have been established.

Actually, some of the most notable mosques were converted from old buildings such as chapels and churches.

Late 20th-century and Modern History of Mosques in the UK

Fast forward to the 70s, Mosques have been integrated into modern Britain culture by building Regent’s Park, London (1977). Britain held an international competition for the best mosque design.

Sir Frederick Gibberd, one of the most sophisticated British Modernist architects, won the competition with his fascinating design that incorporated minimalism with traditional Muslim Architecture.

Many mosques followed (and still) this tradition that began in the 70s. Mosques like the Central Glassgow Mosque, and Baitul Futuh in London have modern depictions of Islam as touched by British culture

Top 6 Mystical Mosques in the UK.

So, enough about the boring history stuff, and let's look at some of the most fascinating mosques in the UK.

My list includes two old buildings that were converted into Mosques because, I believe, they're quite fascinating. 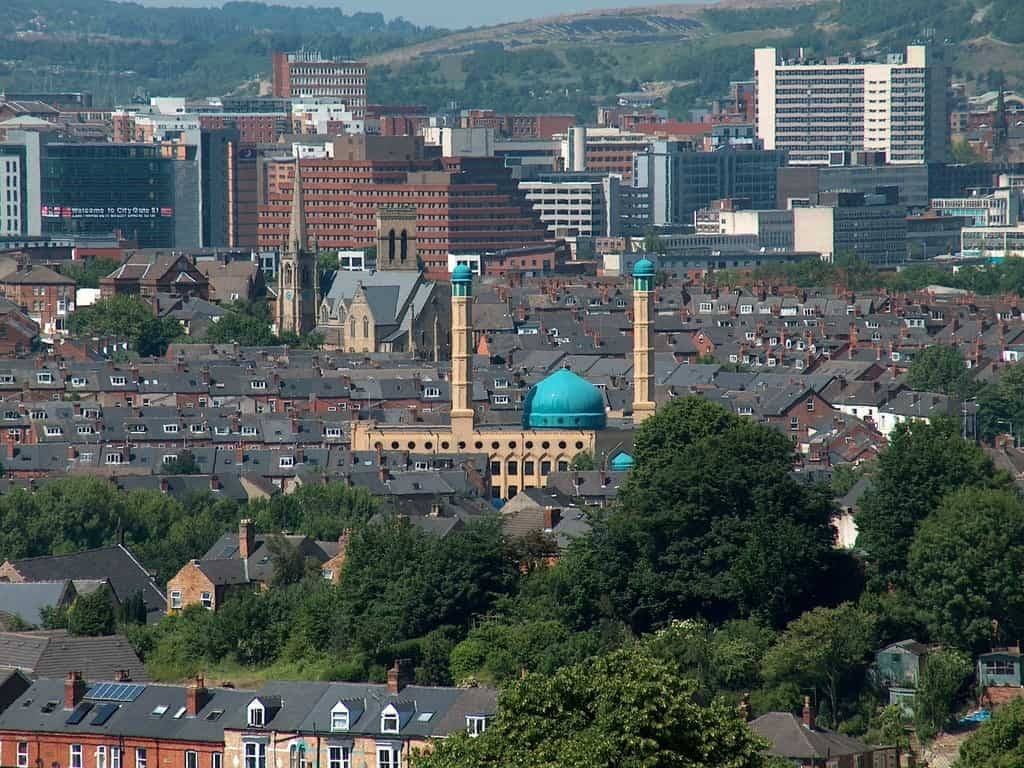 Being the first-ever purposefully established mosque in Sheffield, the Wolseley Road Mosque marks the 2000s and the dawn of Islam in Europe in the 21st century.

With its peculiar architecture that mixes various Islamic styles into one giant mystical building.

The mosque has two big prayer halls, 19 rooms, a library, and a day center. It can hold up to 2,300 women and men who want to worship God.

Get Directions and Learn more about the Madina Mosque here 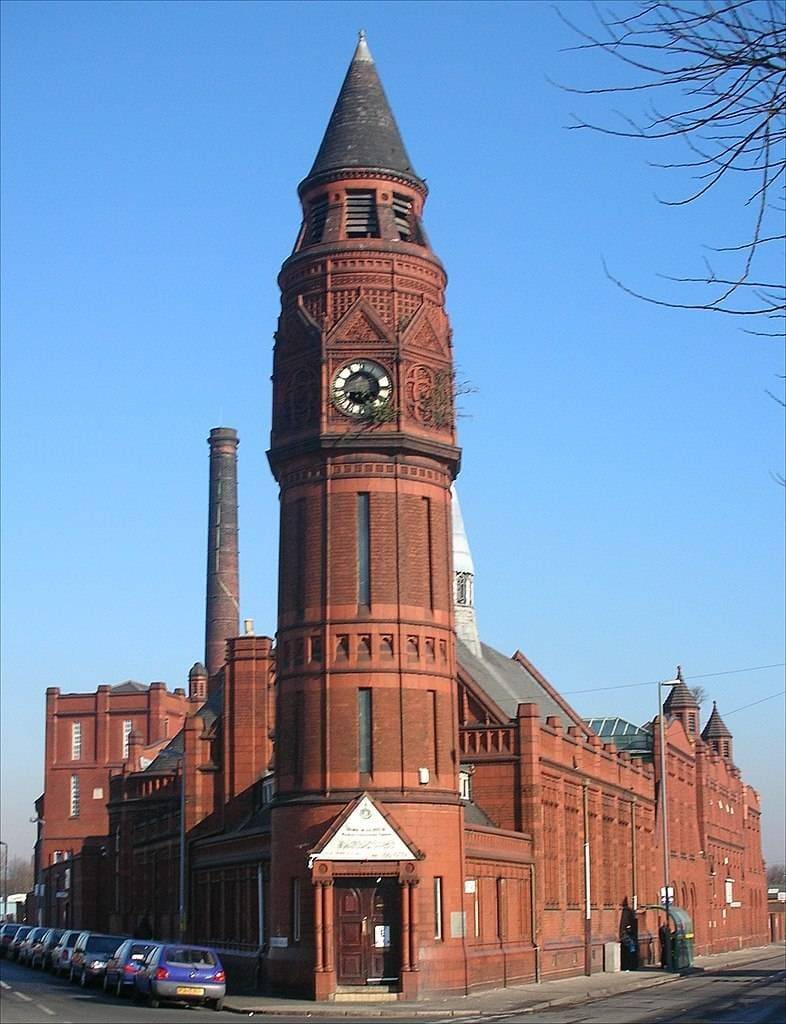 Green Lane Masjid is one of the most prominent mosques in the UK that showcase how Islam has become part of the English identity.

Converted from a public library back in the 70s, Green Lane is a Muslim cultural landmark of the UK.

The mosque as architecture is more gothic than Islamic, which gives it a unique mysticism that can only be found in the UK.

The best time to visit is doing Ramadan when the mosque holds public Iftars for the community. 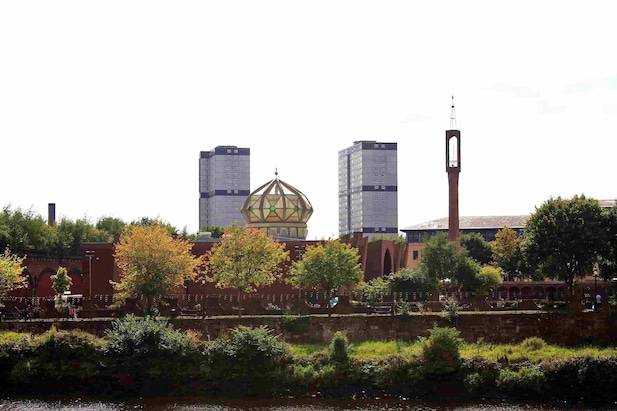 Being the first purposefully built mosque in Scotland, Glasgow Central Mosque holds a special place on this list.

It's built using the same red material that Glasgow's buildings use, and it has a unique central dome with a minaret that's separate from the main building.

After his retirement in 1983, Muhammed Tufail Shaheen, a very influential Muslim businessman, commissioned the building of the Central Mosque.

Get Directions and Learn more about the Glasgow Central Mosque here

Didsbury Mosque was originally a methodist chapel in the 18th century. In 1962, it was converted into the mosque we know today.

For the Muslim community of Manchester, Didsbury Mosque is highly valued because it offers a lot of religious services.

Didsbury Mosque is a vital cultural center for the Muslim community of Manchester.

Get Directions and Learn more about the Didsbury Mosque here 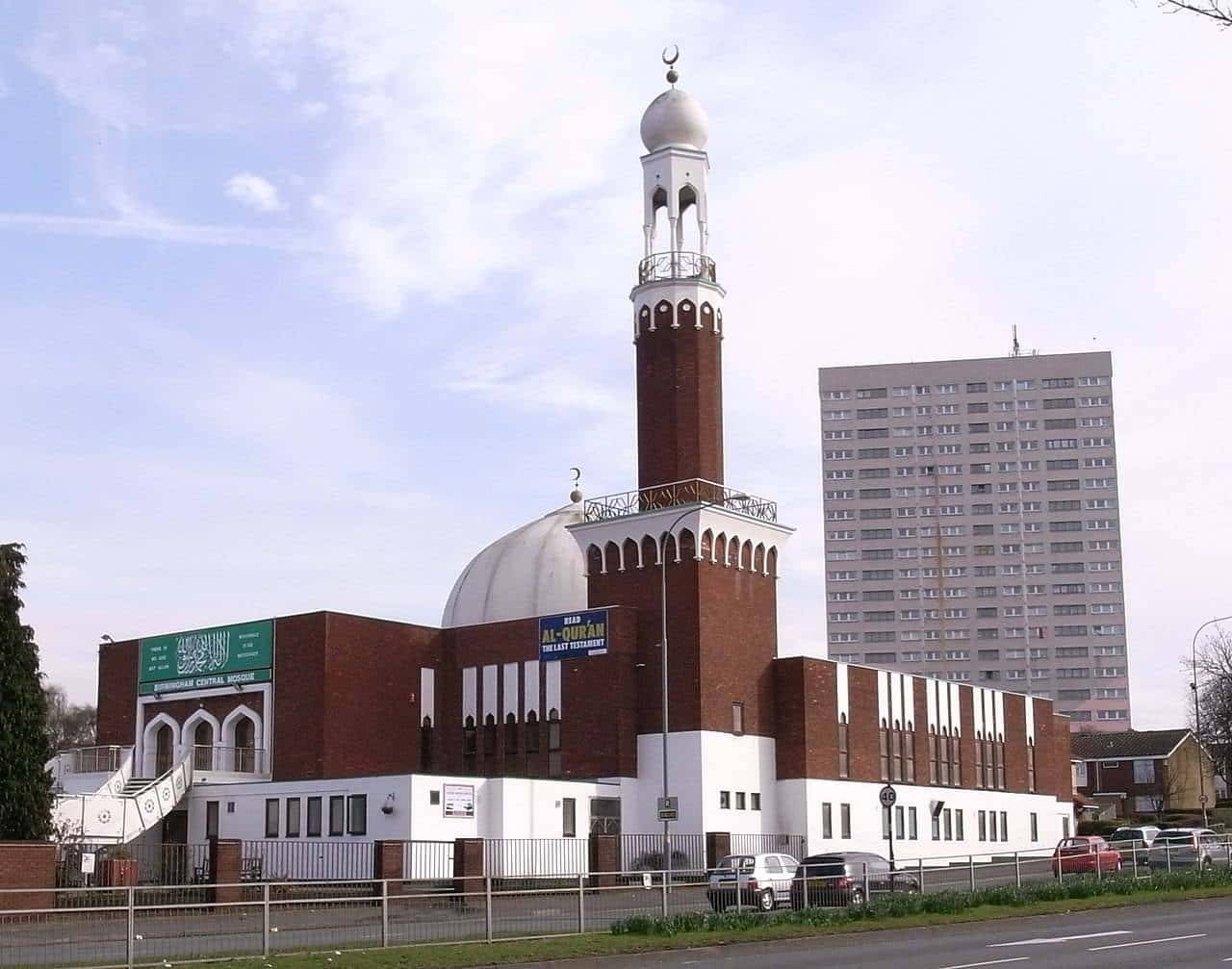 As one of the largest mosques in England, Birmingham Central Mosque is a cultural center for the local Muslim community.

Central Mosque also plays an important role as a Shariaa council. It handles quite a lot of Muslim ethic matters, as well as a significant number of divorce cases.

Get Directions and Learn more about the Birmingham Central Mosque here 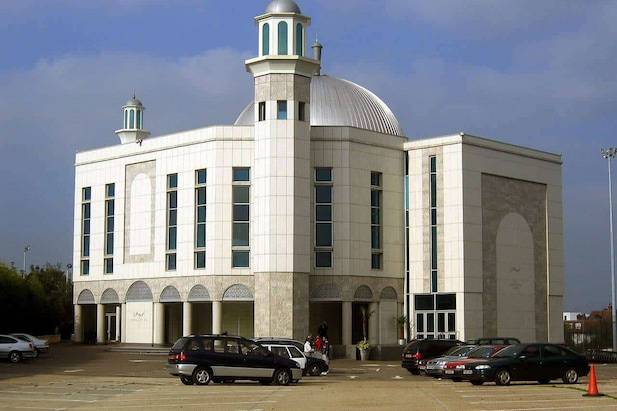 As the largest mosque in the UK, Baitul Futuh has the capacity of 13,00 worshippers. This number quite pales in front of Mosques in the Muslim world that reach millions, but it's still impressive in a country that only has less than 5% Muslims.

Still, as a multi-facility building, a place for the Muslim community, Baitul Futuh does a big service to Islam in general.

It's not only a mosque, it's also an eclectic sanctuary for Muslims where they can get a dose of culture.

Get Directions and Learn more about the Baitul Futuh Mosque here

Also, Check out other notable mosques around the UK 10 Notable Mosques to Visit in the United Kingdom