Saudi Arabia is one of the most prominent Islamic countries in the world, that is visited by thousands of pilgrims and Muslim tourists annually. The Kingdom of Saudi Arabia has a prosperous tourist industry that generates millions of dollars each year. If you're a Muslim who is travelling to Saudi Arabia you won't have to worry about finding Halal food near you, however, one thing that you should always keep in mind is that Saudi Arabia is very strict if you break their laws. There are certain exclusive customs and laws in Saudi Arabia that a visitor must abide by:

Even though the main places of interest for any Muslim tourist in Saudi Arabia are its Holy cities of Makkah and Medina, these are not the only regions that tourists visit in Saudi Arabia. Jeddah, Riyadh, Taif etc are all congregation points for foreign tourists. So if you're planning to visit Saudi Arabia, here's where you should go: 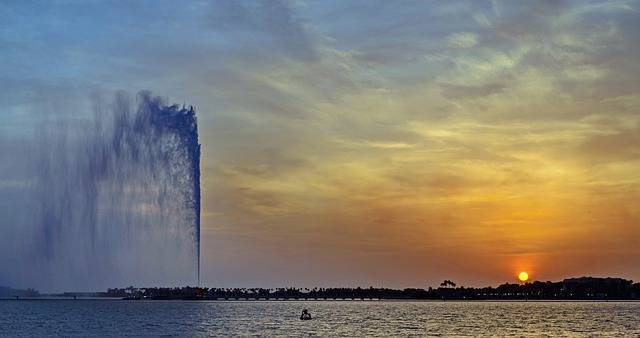 Jeddah city is one of the main entry points for foreigners entering Saudi Arabia, and The King Abdul Aziz Airport is one of the largest, busiest airports in the Kingdom. Unlike other Saudi cities, Jeddah, is in close proximity to the Holy City of Makkah. Jeddah which lies on the coast of the Red Sea is one of the major financial centers of the country. Keeping the history aside, the modern city is worth exploring with tons of high rises wherever you look, the roads are clean and there are plenty of shopping places and malls to visit - one of the most famous shopping spots are Hyper Panda and The Andalus Mall. However, the most noteworthy and exclusive thing about Jeddah is The King Fahd's Fountain that has been built in the middle of the sea and is visible from Jeddah's coast. Although the fountain spouts water all day long, the best time to witness its grandeur is after nightfall when the fountain is illuminated. Similar fountains can be found in other cities around the world too, but what's special about The King Fahd's Fountain is that it's the largest one you'll find anywhere. Furthermore, the city is also famous for its large expat population where you don't have to be worried about being lost in a foreign country, as the city is quite multicultural and friendly.

Find Halal food near you in Jeddah 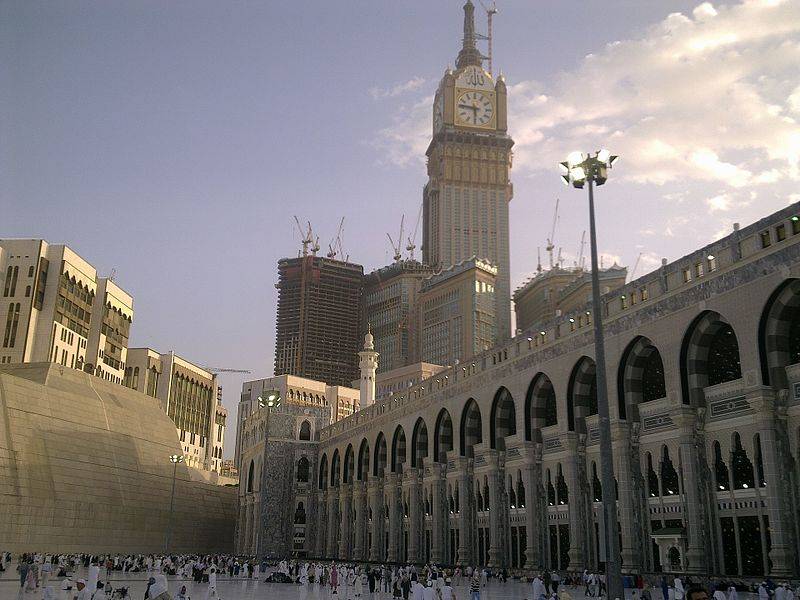 When taking Route 40 from Jeddah, you will arrive at the Holy city of Makkah in about an hour. Since Makkah does not have its own airport, your entry point will most probably be Jeddah or Medina. There are plenty of bus and car hire services which will take you to Makkah from Jeddah and Medina, such as the bus service known as Saptco which offers intercity transport. Makkah is filled with all kinds of hotels that ranges from very cheap to outrageously expensive. Most travelers with a high budget tend to stay at the renowned Makkah Tower hotel that is located just above the Masjid Al-Haram – from where you can get amazing views of the Mosque and the Holy Kaaba. Low cost hotels are usually located deep in the city and might be as far as 1 Kilometer away from the Mosque. There's a lot of history in and around Makkah – you might need to book a guided tour from a private company to cover all the major points in the city, since travelling independently is extremely difficult. But if you're up for a challenge, you can explore them by yourself too. Must visit locations in Makkah include the Masjid e Jinn where ghosts or Jinns are said to pray and the Hira Cave which is associated with Prophet Muhammad's (PBUH) revelations. There's also the Mount Arafat which is one of the most famous places in the Islamic Prophecies and is also visited during Hajj.

The airport guide to Makkah 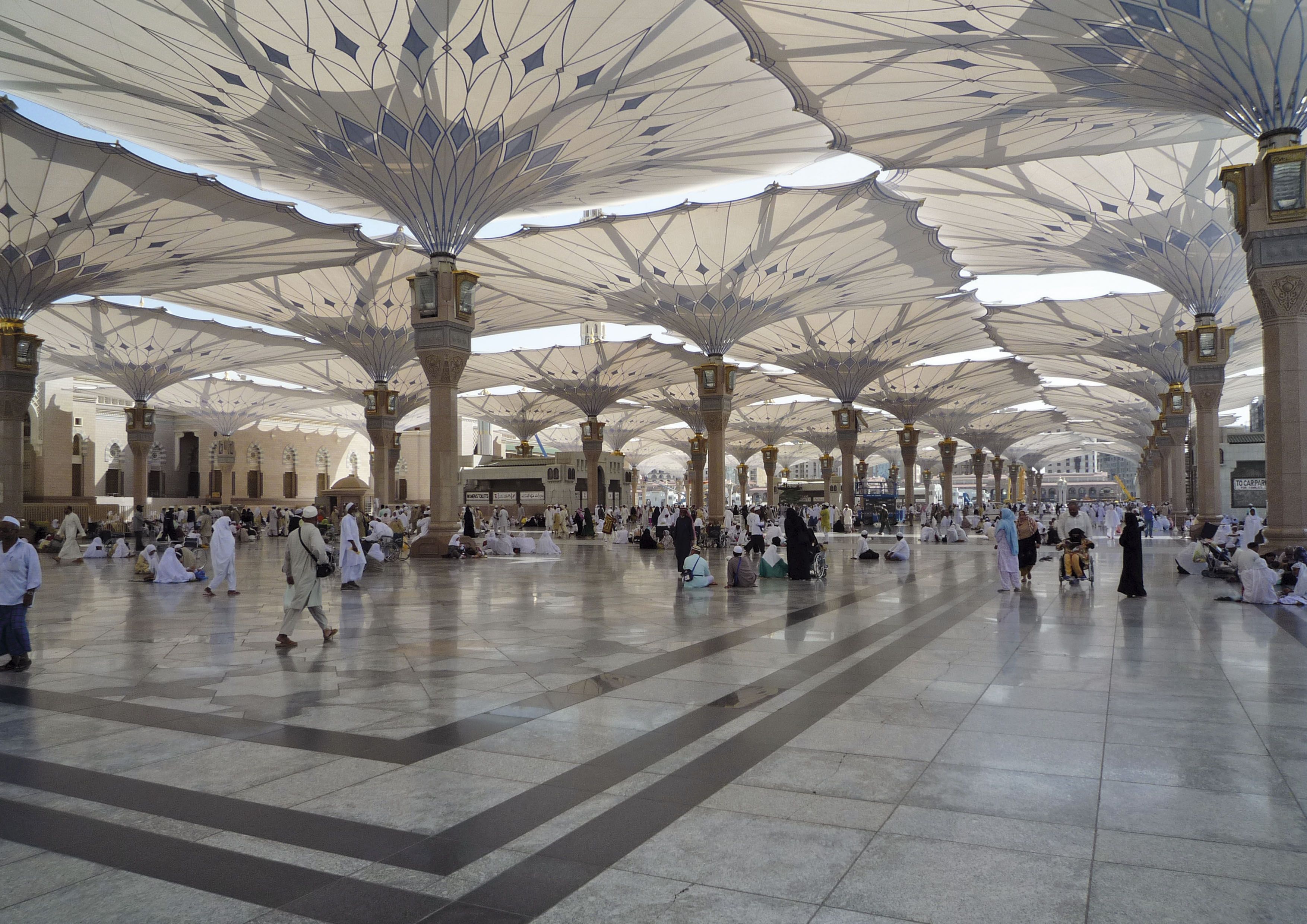 Formerly known as Yathrab or Yasrab, Medina is one of the most important ancient Muslim cities in the world. Just like Makkah, Medina did not have an international airport and the only way to enter it was through other cities. However, now there is a Medina Airport that has been given international status where passengers from China, Turkey, Egypt, Pakistan and other parts of the world can directly arrive at Medina instead of any other city. The main attraction of Medina is the Prophet's Mosque, which is also one of the main congregation points for Muslim pilgrims. Remember if you're touring the Prophet's Mosque to stay with close with your family, since the place is awfully crowded and there have been reports of stampedes inside. Other places worth visiting include the Quba Mosque which also holds the title of being the oldest Mosque in the world, then there's the Mount Uhad which holds great importance in the Islamic Religion. You can also find the Hejaz Railway Museum which showcases trains and other transport vehicles from the Ottoman times. Halal food is most probably the only type of food there, and as far as I know there's nothing non-Halal in Medina. You can dine in at one of the economical Bengali or Pakistani restaurants or the famous chain restaurants such as KFC, you don't have to worry about the food being anything other than Halal. 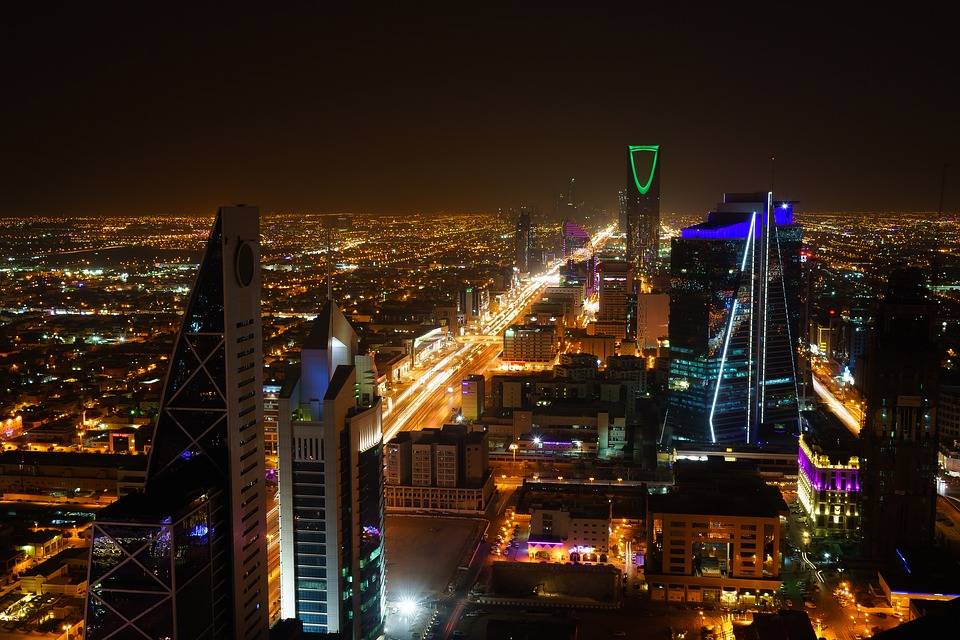 If you want to explore the modern Saudi Arabia you should visit Riyadh which is the capital city and the most developed one too, being a major destination for expats and tourists alike. Riyadh is also one of the wealthiest cities in Saudi Arabia – there are tons of modern glitzy hotels and restaurants, and it’s quite easy to find Halal food restaurants near you. Burj Rafal, a hotel located in Riyadh is among the tallest in the world, other than the Burj Al Faisaliyah which features a ball point pen shaped skyscraper that contains a restaurant with a mesmerizing view. If you get tired of the city, head over to the Masmak Fort or Murabba Palace to explore some of this area's history.

Halal food near you in Riyadh

Plan your next trip to Saudi Arabia for a unique experience. Find nearby Mosques and prayer places in Saudi Arabia with the HalalTrip App.