When you think of the United Kingdom, London is the first city that comes to mind. Of course, as a tourist, the first destination you would want to visit would be London. Did you know that the second biggest city in the United Kingdom is Birmingham?
Well, Manchester and Liverpool are the second favorite cities to visit after London. Yes, football and The Beatles are the main attractions but Birmingham has a lot to offer too. It is easy to find mosques and Halal food in Birmingham as a Muslim traveler since the city is very diverse. With the upcoming Birmingham 2022 Commonwealth Games that are held from July 28 to August 8, 2022, your visit would be much more worth it!
What more can Birmingham offer you as a reason to drop by, these are great 6 reasons to visit Birmingham according to locals and residents:

1. Birmingham has more canals than Venice 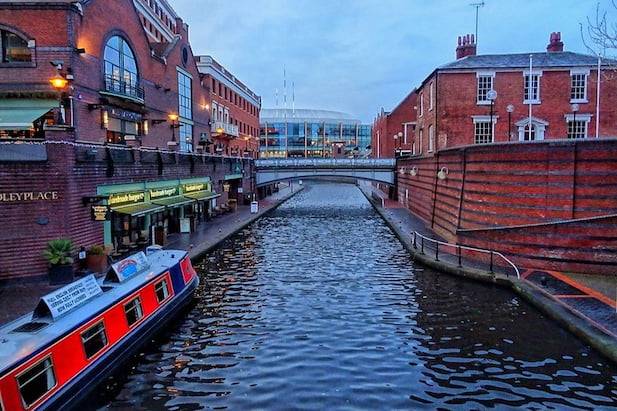 There are 35 miles (56 km) of canals within the city, of which most are navigable. Birmingham is often described as having more miles of canal than Venice.

A picturesque site for you to visit is the canal in the city center of Birmingham - Brindley Place. Its surrounding area is lovely with unique boats along the canal and many cafes for you to enjoy your coffee. After the sun goes down you will be amazed at how beautiful The Brindley Place Canals are with the night lights and it is also a romantic site to take a stroll around. 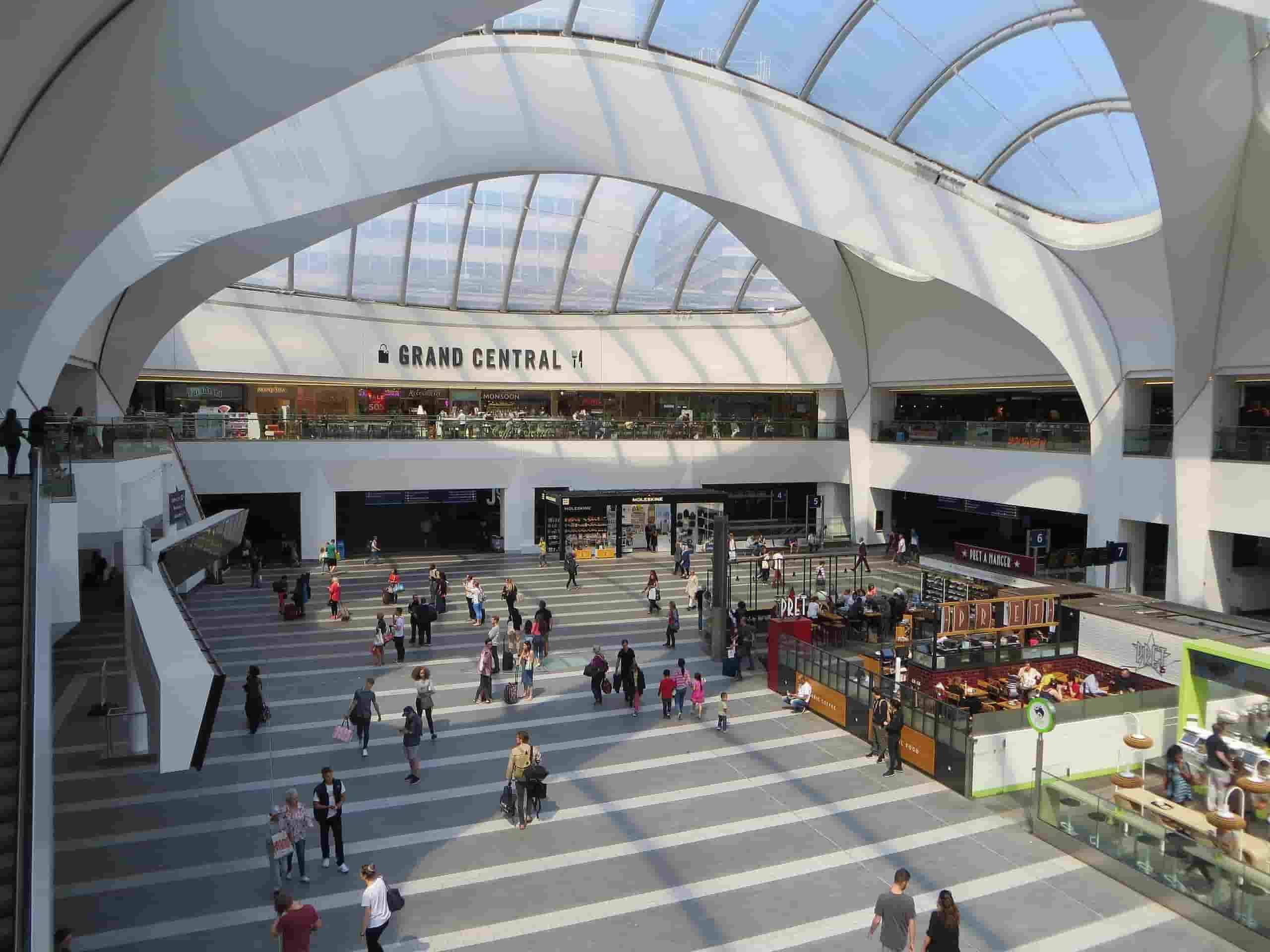 As the new train station building, the Grand Central has a very important role as the center for railway transport in Birmingham, from all over the UK. Whether you came from Edinburgh or London, Birmingham Grand Central is a place you can stop at for a short visit because it's a one-stop destination to get anything from food to fashion. You can even find a prayer room to perform Salath on the ground floor near the main entrance. You'll be spoiled by the many cafes with lots of Halal pastries (by asking the staff about the ingredients). Yakinori is a Japanese restaurant that serves Halal dishes. The staff has stated that all their beef and chicken are Halal and they also have Halal Soyu that you enjoy (request the staff for Halal Soyu). The architectural design outside and inside of this building is very unique. Just this alone makes it a place that you should not miss out on your trip to Birmingham.

3. Recommended Halal food in Birmingham from a resident

The variety of Halal food in Birmingham will leave you spoilt for choice. Listed below are a few must-try spots:

This Syrian restaurant garnered good reviews from the local media for their authentic Turkish cardamom coffee, their special signature drink - Fresh Mint Black Tea and their best falafel dish. Not only are their main dishes fantastic but their restaurant design interior is very aesthetically pleasing. Last, but certainly not least, is that their dishes are all affordable.

If there is a price to be paid and food to be tasted, that is Shiraz. The restaurant is widely recognized for serving Persian food in Birmingham, such as Chelo Kabab Koobideh with Rice. Chelow kabab, a national dish of Iran, is prepared with steamed, saffron basmati or Persian rice and kabab, of which there are several distinct Persian varieties. This dish is served throughout Iran today but was traditionally associated with the northern part of the country. 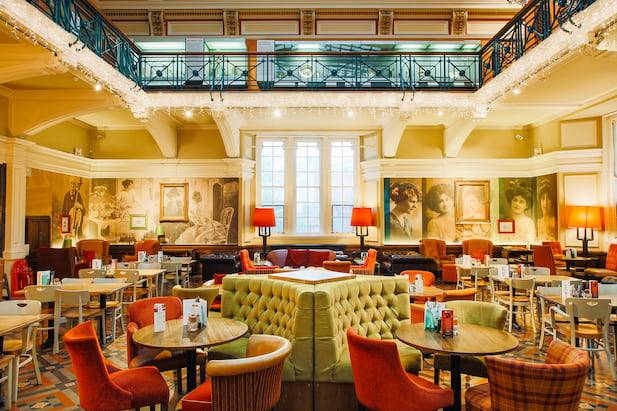 What's a trip to the UK without having tasted tea? There are many tea rooms across Birmingham and the one that stands out is the Edwardian Tearooms. Located inside the Birmingham Museum and Art Gallery in the City Centre of Birmingham, this Victorian-style tearoom is hard to resist. Their vegetarian soup is available for Muslims to consume. They also serve vegetarian breakfasts, salads, and fish dishes. But most important is their variety of tea/coffee and sweets pastries which are safe to consume (except their Tiramisu and pudding). After having tea you can visit the museum for free. What a treat!

A unique Edwardian house heritage attraction to experience the historic house that was built in 1903. A rare example of a surviving early 20th suburban villa and garden. The house is also a home for the Birmingham Botanical Garden with over 6000 different plant species. Nowadays it is used for plant conservation and preservation of the earlier local craftsmanship of the house. Worth visiting during your trip to Birmingham! 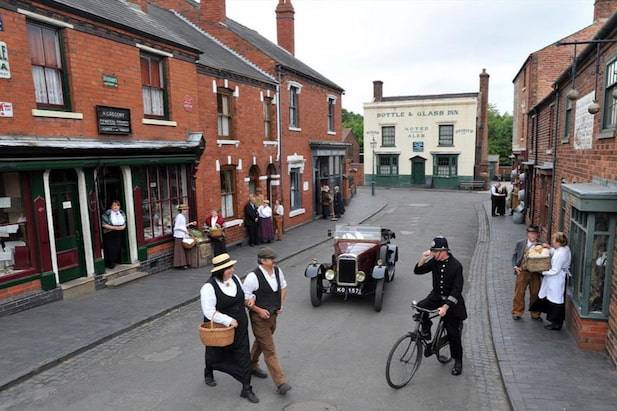 The finest and the largest open-air museum in the United Kingdom and one of Birmingham's pride, this museum is a must. You can experience the lifestyle of an industrial worker of the 1830s.

You can interact with the staff wearing the 1830 outfits, and you can enter the real mining tunnel that will make your heart race by listening to their stories in the original and dark mining tunnel environment.

When you visit this city and want to find a peaceful place to read and know more about the history of Birmingham City, do visit this library. It has an incredibly unique architectural design inside and out. The library currently holds the title of the largest library in Europe, with its world-class collection and unique architectural design, visiting the library is a must! Here's a tip: visit their Secret Garden on the top of the library and you will see the whole of Birmingham city from above. Do not forget to take lots of pictures there!
There you go, these are the reasons why you should visit Birmingham City, the next time you visit the United Kingdom.
P.S. With 162 mosques around Birmingham, surely your holiday trip will have a deep meaning without missing your Salat.

A mother of two, travel aficionado and a bookworm