London is among the most sought after travel destinations for muslim travellers. Known as a classy city, it is a true metropolis in every sense. Whether it is architecture, the old world charm, museums, green spaces or art galleries, London has it all....more Halal Restaurant nearby the Paddington Station

Halal Restaurant nearby the Paddington Station 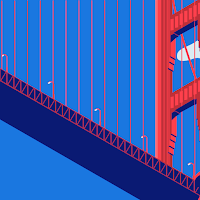 Recomended. Variety of dishes and the menu changes everyday. One of the best nasi lemak in London.

Recomended. Variety of dishes and the menu changes everyday. One of the best nasi lemak in London. London is among the most sought after travel destinations for muslim travellers. Known as a classy city, it is a true metropolis in every sense. Whether it is architecture, the old world charm, museums, green spaces or art galleries, London has it all. London has a large population of Muslims and for Muslim visitors; the city offers a variety of halal facilities including halal hotels, halal restaurants and mosque. London is one city where visitors can see the old and the modern world walk hand in hand. For those visiting London there is a lot to see and do and no one can ever get enough of the city. A visit to London is definitely worth every penny.

There are several landmarks that one can visit while in London like the Buckingham Palace, Tower Bridge, London Eye, Tower of London, Trafalgar Square and Westminster Abbey. The city also features a large number of museums such as the British Museum, Victoria and Albert Museum, Natural History Museum, etc. Visitors looking for open green spaces can find plenty of parks and gardens to spend some time in.

Shopping is one of the most loved activities that people enjoy in London, even for Muslim visitors. Whether it is the boutiques around Knightsbridge and Chelsea or diverse shopping at Columbia Roadand Portobello; London offers everything. Other good places for shopping in London include Regent Street, Oxford Street, Bond Street, Soho, Camden Town, etc.

The metropolis of London is served by as many as six airports; Heathrow, Gatwick, Stansted, City, Luton and Southend. From Heathrow, the fastest way of travelling is by the Heathrow Express rail, while other transportation options are Heathrow Connect rail, London Underground, buses, taxis and airport transfers. The Gatwick airport is also connected by rail, bus, taxis and airport shuttles. The other airports also offer excellent connectivity to different parts of the city.

Muslims visiting the city will be spoilt for choice when it comes to finding Halal food. Due to the diverse nature of the community of Muslims living in the city, most restaurants are Muslim owned, and others that are not, are often Halal certified. There are also several takeaway restaurants that Muslim visitors can order from. Restaurants like Cinnamon Kitchen, Haz Restaurant and Picante Mexican Grill all serve or allow alcohol on their premises, even though they claim the food served at their restaurants are Halal. Some of the completely Halal restaurants in the city serve a wide range of food from areas all around the world. Muslim tourists will be able to find places serving Indian, Mexican, Middle-Eastern and even fast food. Wrap it Up, Ashbys and Royal Kitchen are just a few of the many restaurants that have Halal certificates or are Muslim owned. Other restaurants include Chor Bizarre, Minqala, Chutney Mary, Maroush, Cafe Naz, Alounak, Maroush Gardens, Tayyabs, Kazan, Scarlet Dot, Pod, etc.

One of the most prominent mosques in London is The London Central Mosque, which is also known as the Islamic Cultural Centre, ICC or Regent’s Park Mosque. In addition to prayer facilities for men and women, this Mosque also has a Halal café and small book shop on its premises. Another well-known Mosque is The Baitul Futuh Mosque which is the largest Mosque complex in Western Europe. Located in the suburb of Morden, London Borough of Merton, this Mosque can accommodate up to 10,000 worshippers. Another Mosque that Muslim tourists can visit is the The East London Mosque & London Muslim Centre. It is located in the heart of Tower Hamlets, a diverse borough which is home to the largest Muslim community in the UK. In addition to these, there are also several other smaller mosques and prayer rooms that can be used by Muslim travelers if needed.

Things to Do and See in London