7 Things to Do in Pettah, Sri Lanka 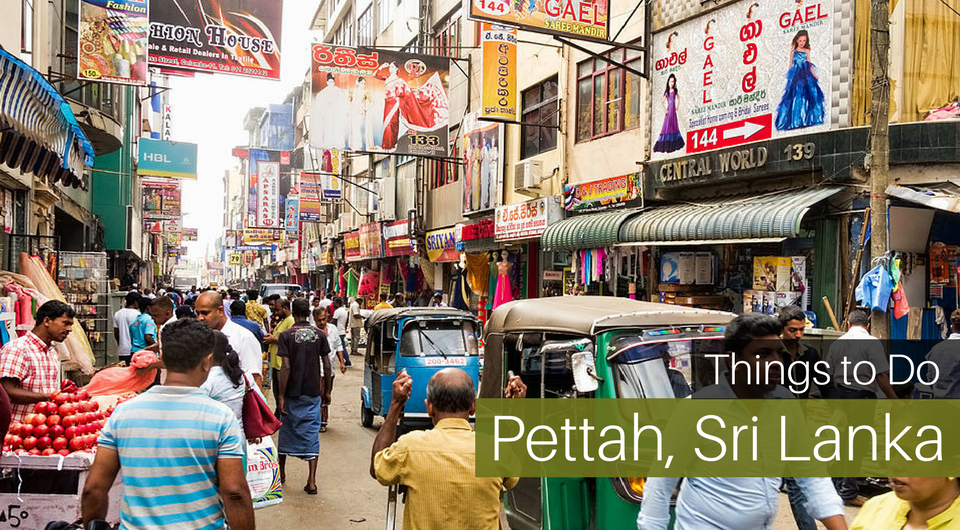 Pettah is one of the oldest districts in Colombo. A bustling multi-ethnic bazaar, it has many tales to tell. If you are planning a trip to Sri Lanka, be sure to add Pettah on your list of places to visit!

Sri Lanka may be famous for its beaches, but the commercial capital, Colombo, can be just as exciting. As one of the main attractions in the area, Pettah is a chaotic kaleidoscope of shops, people, and tuk-tuks whizzing about. Religions and cultures live together in peace in this one city - the majority of the population is made up of Muslims, with Sinhalese and Tamils making up the remainder, and all manner of Sri Lankan cuisines served in restaurants and street food stalls. You can purchase just about anything in Pettah, ranging from kitchen appliances, to gold, to fabric!

A little fun fact: Pettah was built on a grid system similar to that of New York City.

Check out our Colombo city guide

Find a Mosque near you in Colombo

So without further ado, here are the top 7 things to do when in Pettah. 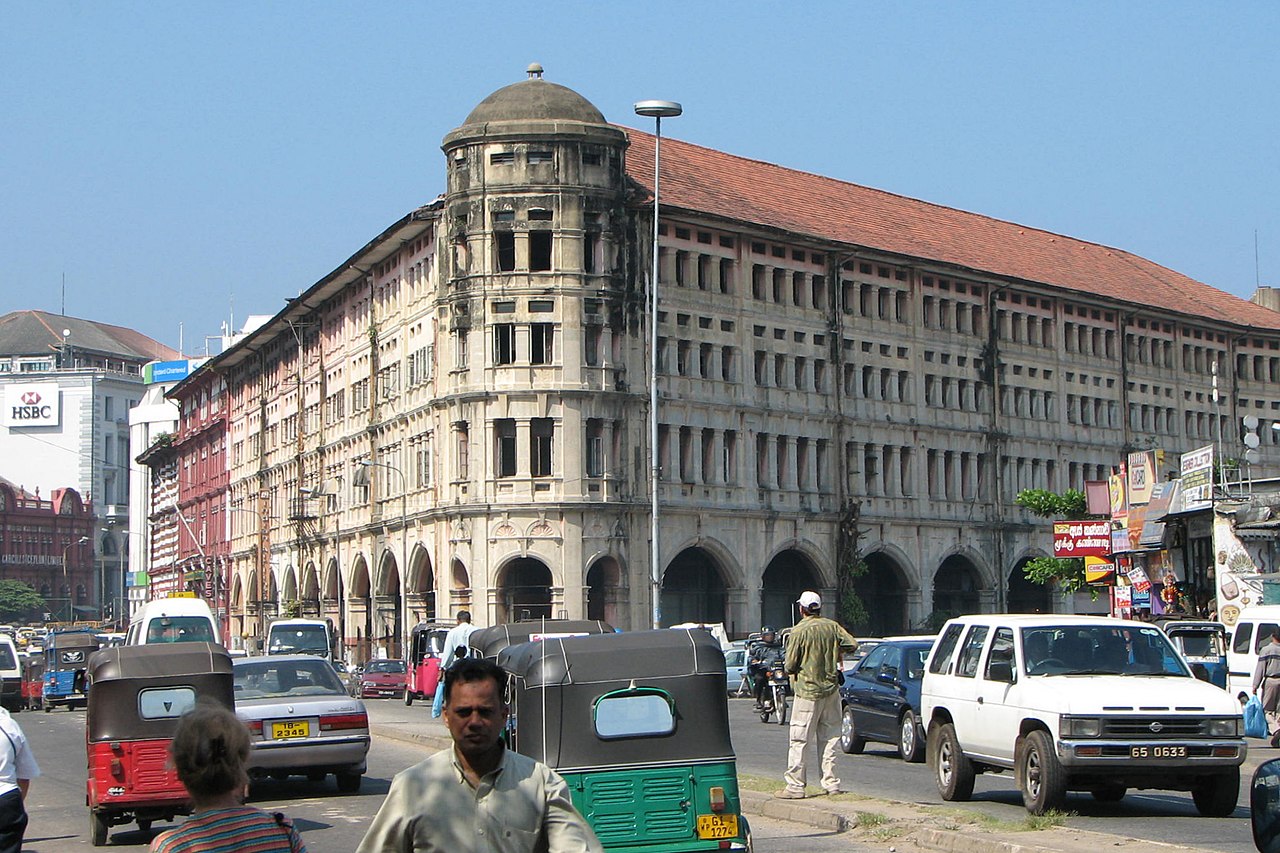 Pettah market, also known as Manning market, is the busiest place in Pettah, and the largest market. It is a network of labyrinthine lanes and alleys lined with stalls and stores, selling jewellery, vegetables, meat, clothing and household appliances.

Each street is dedicated to different trades; Sea Street is one of the most recognisable – it is the gold souk of Pettah. A predominant population of immigrant Tamil merchants run these shops which specialise in the trade of gold and jewels. All stores have competitive prices; remember to haggle in order to get a good deal.

Pettah market is the heart of the district; it is a living, breathing organism, almost like a microcosm of the whole Sri Lanka. It’s a riot of sights and sounds, which can be overwhelming at first, but it leaves you in wonder and excitement. 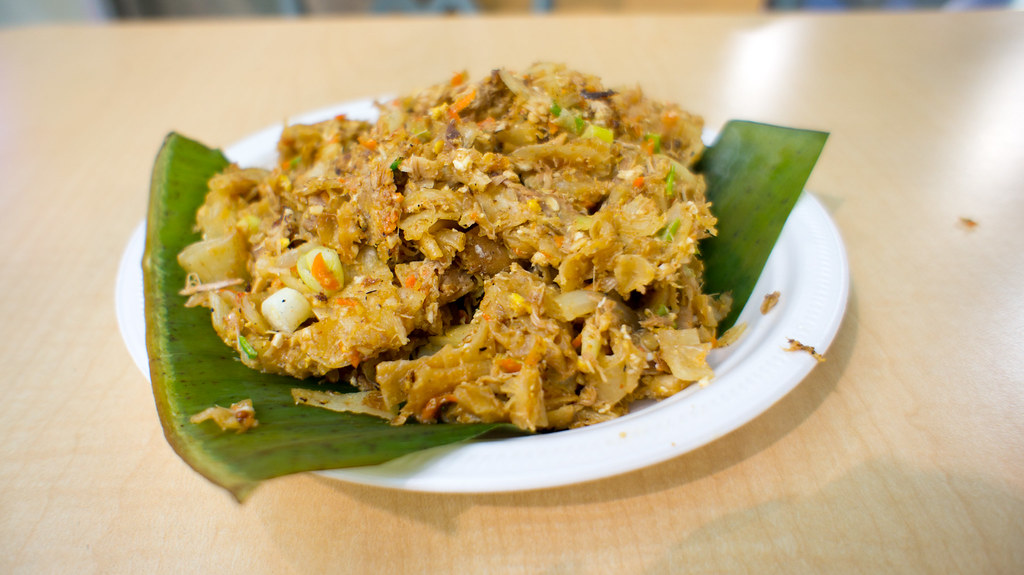 Pettah is full of all types of eateries and finding Halal friendly food will not be difficult as most food served in the area is Halal certified due to having a higher population of Muslims. Its streets are full of restaurants serving some good Sri Lankan dishes which are bursting with flavour.

A must try in Sri Lanka is its most famous street food - Kotthu – made up of chopped up roti, mixed with meat or vegetables and egg, a little similar to fried rice, except that roti makes up for the carbohydrate component. The dish is prepared in quite a peculiar way – the cook chops the roti using two stainless steel blades to a rhythm – it’s a meal with a show!

Other options include string hoppers, a type of steamed rice flour noodle, which can be eaten with a variety of curries rich in spice. You can also find south Indian cuisine, as there are many restaurants scattered throughout the city. You can snack on some Sri Lankan pickle – achcharu – there are many types prepared from a variety of vegetables and fruits.

Try local fruits like the woodapple, they can be found in the market area, it is both sweet and sour with a hard shell. Drink a king coconut in the shade to quench your thirst and get some relief from the heat, coconut vendors can be found in every corner of Pettah. You can find numerous shops and restaurants that serve local sweet meats, such as pani walalu.

A testament to colonial architecture, the church is one of the oldest functioning Protestant churches in the island, services are held in Tamil and English every Sunday. The church was completed in 1757, the area in which the church was built on was called Wolvendaal due to the colonists mistaking the Jackals for wolves – Wolvendaal means ‘Dale of Wolves’.

The architecture of the church follows the Doric style, set in the shape of a Greek cross. The walls are nearly 1.5m thick; it is constructed of large kabok (clay iron stone), coral and lime plaster. The walls are adorned with mural tablets and some tombstones reside within and outside the church. The church can house 1000 people.

An iconic landmark, the building is one of Colombo’s oldest Mosques. Designed in the Indo-Saracenic style, which is a combination of Gothic revival, Neo-Classical and Indo-Islamic design elements. The unique red and white structure stands out from the surrounding offices and shops. Long before other iconic structures were built, the Masjid once served as a landmark for sailors coming into port.

The construction of the Mosque was commissioned by the Muslim community of Pettah at the time – the Javanese, Malaysians, Indian and Arab traders. The construction commenced in 1908 and was completed in 1909; the mosque was designed by Habibu Saibu Labbe, who was inspired by Victorian architecture. The Domes were inspired by the pomegranate fruit, thus giving the Mosque its iconic colour – Red. The initial structure was two storeyed with a clock tower accompanying it, it has now been expanded and can house up ro 10, 000 devotees.

This magnificent Mosque is a must-visit when in Pettah.

The Khan Clock Tower is probably Pettah’s most iconic landmark, built in the 20th century by the Khan family of Bombay. It marks the entrance of the famed Pettah Market. The prestigious Khan family is also famous for owning the Colombo Oil Mills and many other significant businesses in Colombo. The clock tower was commissioned by Bhikhajee and Munchershaw Framjee Khan to honour their father – Framjee Bhikajee Khan. The tower is roughly four storeys high and originally functioned as a water fountain that is no longer present. Today, the Clock Tower stands as a symbol of the nation’s multi-cultural history.

The only other Dutch-era building in Pettah, the museum played host as the official residence of Thomas Van Rhee, the Governor of Dutch Ceylon (Sri Lanka was known as Ceylon in that era) between the years of 1692-1697. The 17th century building later served as an army hospital, a police training center and a post office. It was finally reopened in 1977 as the Dutch Museum by the Kingdom of the Netherlands.

The museum gives its a visitors a glimpse into the lives of its previous occupants, and houses Dutch artefacts, as well as a beautiful courtyard with a single cinnamon tree standing in the centre, a testament to the reason why the Dutch first arrived in Sri Lanka – the cinnamon trade.

This free-standing bell tower has many tales behind it. It used to mark the entrance to the Fort located at the foot of Wolvendaal Hill. The Beira lake was home to Mugger crocodiles that would arrive at the moat to eat rubbish that was thrown by people within the fort, hence the name for the bell tower – Kaaiman is the dutch term for crocodile.

The bell tower has served many purposes - from being an execution site to the signalling of curfew hours during the Dutch occupation. The bell originally hung in a Portuguese Church dedicated to Saint Francis in Kotte, and was occupied by the Portuguese in the 16th century. During Dutch rule, the bell was transferred to Pettah and hung at Kayman’s gate. After the demolition of the Fort's walls, the bell became the property of the Wolvendaal church and was used to summon devotees to prayer.

Pettah is Colombo’s most historically rich area. This was the gateway for most trade in the country, and it still is, to this day. The streets are congested with traffic and people, everyone going about their business in the din of the city but this is what adds to the old world charm of the place.

If you are planning on purchasing any items, remember haggling is a language well spoken here! You can get just about anything in Pettah, and for very reasonable prices. Most stores are wholesale, so prices are very cheap – you're sure to find anything you can think of!

Being home to all ethnicities in the country, Pettah is rich in culture and will be an exciting experience for any traveller. This city has a lot character and will be sure to make you snap all those moments – your instagram feed will be on fire!

Remember not to overlook Colombo on your trip to Sri Lanka and plan a visit to Pettah. This is a place best explored on foot, so pack sunscreen, hats and water – because Pettah is after all, in sunny Sri Lanka!

Find things to do in Colombo

Check out our Colombo city guide

Find a Mosque near you in Colombo

Find a Halal Restaurant near you in Colombo