Don't Miss A Chance To Stop By The Massive Crater in Jeju Island, South Korea! Here's Why! 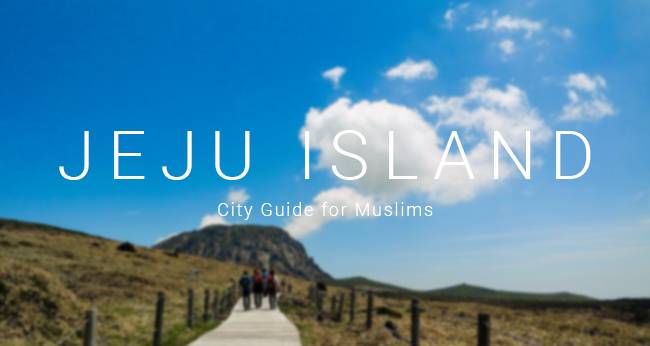 Muslims traveling to Jeju Island will be able to locate a few Halal restaurants in Jeju Island  - while some restaurants serve Halal food even though they are not Halal certified, there are several seafood or vegetarian options to consider. While there are no mosques in Jeju Island, prayer rooms or multi-faith rooms can be found in hotels and at the Jeju Islamic Centre.

HalalTrip has listed some of the reasons why Seongsan Ilchulbong is considered Jeju's most popular attraction and why you should go there for a Halal trip.

1. The View - Breathtaking Sunrises and Sunsets

Paying a visit to the Seongsan Ilchulbong tuff cone is where you will see the Jeju Woman Divers performance usually at 1:30 and 3:00 pm. The Haenyeo have been around since the 17th century and are an important part of Jeju Island. They will produce a harvest of freshly caught seafood that they will try to sell to visitors who have come to see the performance.

When visiting Seongsan Ilchulbong peak, don’t miss out on taking a drive to Seongeup Folk Village that is located at the base of Mount Halla. This traditional Korean village consists of traditional houses, stone monuments and Confucian shrines that have been part of the village for generations. The village has always been an important part of Jeju Island culture where native plays, crafts and food are of great cultural value.

After a visit to Seongsan Ilchulbong, Manjanggul Cave is an ideal place to stop in the area. Located at the eastern end of Jeju Island, the Manjanggul Cave  is also a UNESCO World Heritage Site that consists of a unique lava tunnel and geological features such as stalagmites that have been created by flowing lava. Tourists can venture out only into 1km of the tunnel where the ‘Stone Turtle’ rock formation can be seen too.