Kolkata is labeled as the City of Joy and also as the City of Palaces. The people of Kolkata are quite friendly and always helpful for visitors. Kolkata has been around for several years and its existence is closely related to the arrival of the British...more 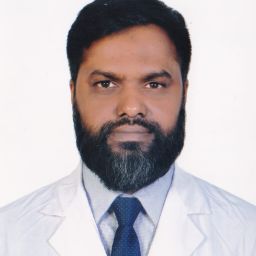 Today I visited this mosque.

Today I visited this mosque. Kolkata is labeled as the City of Joy and also as the City of Palaces. The people of Kolkata are quite friendly and always helpful for visitors. Kolkata has been around for several years and its existence is closely related to the arrival of the British East India Company in the late 17th century. Kolkata is considered as the commercial, business and the financial center of eastern India. For Muslim visitors, Kolkata offers a variety of halal facilities such as Halal foods, Halal friendly accommodations and nearby mosques etc . The best time to visit Kolkata is during the winter season from November to February.

A city with a unique mix of colonial past and modern vibrancy, Kolkata has been a wonderful place to visit for ages. Developed by the British East India Company, Kolkata features a wide variety of attractions. Kolkata religious follows the siesta so people looking to embark on a city ride can find less traffic and a relaxed atmosphere. The Victoria Memorial built in the memory of Queen Victoria still stands as the main landmark of the city.Kolkata has a wide array of museums that are true representations of the culture and heritage of the city.

Kolkata for long has been known for its culture and art scene. People in the city are widely engaged in specializing in some art form or the other. The Jorasanko Thakur Bari is a well-known destination for getting a peek into the art scene of the city. A walk along the Chowringhee Lane and the Hooghly River especially during the evenings are recommended. Kolkata is also a great base for exploring the Sunderbans and other areas.

Kolkata is one of the best destinations for shopping. The New Market area is a historic shopping district and remains of the British past can still be seen in the area. Other places to shop include the College Street, Gariahat and Shyambazar. For a high-end shopping experience Park Street, Shakespeare Sarani and the Camac Street are good for shopping. Kolkata also has modern and sprawling shopping malls like the Forum Mall, Emami Shoppers' City, City Center, Axis Mall, etc.

Things to Do and See in Kolkata