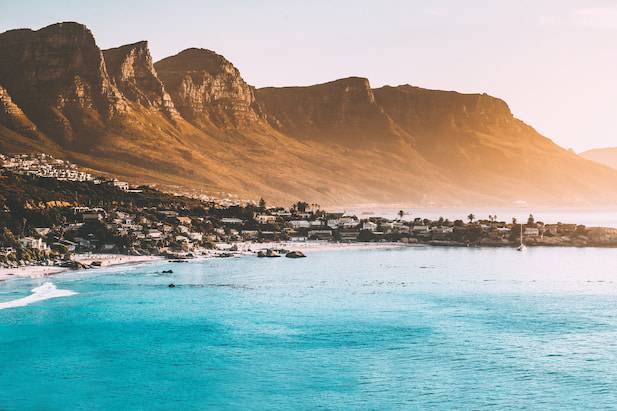 The last leg of the trip took us on an approximately 350km drive to Cape Town where we stayed for another two days before flying back home to Johannesburg from Cape Town International Airport.

The drive from Mossel Bay to Cape Town however is not as scenic as the Garden Route because the road heading towards Cape Town weaves through the mountainous inland of the Western Cape. A coastal road can be taken however the roads are not up to scratch and you may encounter many gravel roads along the way. The drive also takes you through many little towns and although you do get beautiful views of the mountains leading into Cape Town, an added bonus is the beautiful vineyards and farms that you pass along the way.

Our two-night stay in Cape Town this time around was spent at the more exclusive Tsogo Sun Waterfront Hotel, situated next to the Cullinan Hotel which is also part of the Tsogo Sun chain- just a bit pricier. The hotel is centrally located and directly across the Victoria and Alfred Waterfront. Walking to the waterfront though is not advised as the intersection is extremely busy and not as safe as one would like. The hotel however does offer an hourly shuttle service that drops and picks up guests from one of the waterfront’s main landmarks. Ample parking with a security guard stationed at the entrance is also available on-site if you are traveling by car.

The hotel towers into the sky and easily forms part of the city’s skyline- in fact, the hotel can be seen from Signal Hill: Cape Town’s iconic lookout point. With over 500 rooms on offer along with its unique wave-like design, the floors can be a bit confusing and difficult to navigate especially for the kids. The floors are not in straight columns like most hotels are but rather twist and turn; with some rooms hidden in secluded little corners.

Due to the number of rooms per floor the room size is relatively small and offers the usual twin beds however the finishings and attention to detail are far superior to other Tsogo Sun Hotels. The showers have high-pressure taps, the plugs have USB points, the bar fridge has a much sleeker look than other Tsogo Suns so with its generous replenishing of supplies daily and the spectacular views of the city, the hotel’s rates make the stay well worth it. From the higher floors, you can also spot spectacular views of the city, harbor, and waterfront.

Facilities include free uncapped Wifi, a fully equipped gym, a spacious outdoor pool with deck chairs for a comfortable afternoon just lazing around the pool area as well as a beauty salon and spa that offers a range of decadent treatments.

The foyer houses two restaurants with a variety of food however they do not cater to halaal diets. Due to covid, the expectation like most hotels would have been that the menu would be sparse however the hotel maintained its high standard. Apart from the variety available at breakfast, there was also a designated halaal area. The hotels usually are unable to provide halaal certificates but do provide verbal confirmation that their meat is purchased from a halaal butchery. The egg station however is completely independent so you can rest assured that there is no cross-contamination.

Centrally based within the city the hotel is within walking distance to many popular hot stops including the infamous Bo-Kaap. A short kilometer walks away will take you to the Auwal Masjid which was the first masjid built in South Africa. The community also offers authentic Cape Cuisine and is home to the trending halaal bistro “Against the Grain,” known for its Koeksisters- which is a Cape Delicacy. 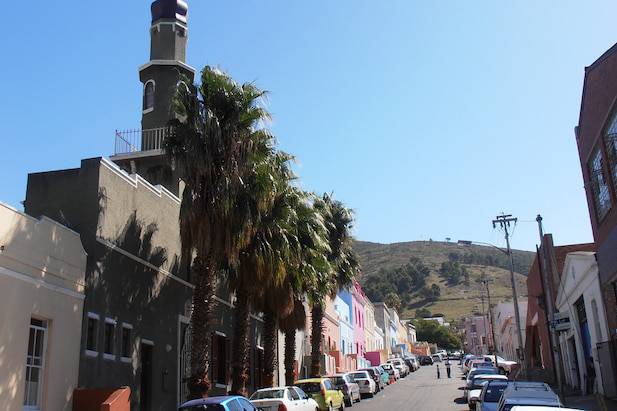 The atmosphere of the hotel despite being in the midst of the city is still relatively family orientated and a comfortable stay for the entire family. One disadvantage though is that there is a constant flow of traffic so you are always guaranteed delays and being a relative distance away from the airport you have to always ensure that you leave a bit earlier than expected.

But like all Tsogo Suns, the hotel is a mix of finesse and comfort at an affordable price.

Download our HalalTrip app to always know where the closest mosques and Halal restaurants are, available on Google Play and the App Store!

Cover Photo by Marcreation on Unsplash