Hajj & Umrah: A Guide To Performing Hajj For First Timers

Among the five pillars of Islam, Hajj is the one that makes Muslims experience the religion on a different spiritual level. Being called to the holy land of is the earnest desire of each and every believer, while seeing the Ka'aba with their very own eyes and experiencing the same rituals as fulfilled by the Prophet (peace and blessings be upon him). If this year, you're planning to go to Hajj, there are certain things that you need to know as a first timer.

As Hajj is a very important event in Saudia Arabia, the country hosts approximately 2 million Muslims.

Here's a quick guide to the steps in Hajj.

The state of Ihram is the sacred state in which a Muslim enters as he crosses the outer boundaries of Makkah, called the Mikat. As soon as he enters the state of Ihram, he is prohibited from doing a certain number of things. The list of prohibitions is different for men and women.

Once they have entered the state of Ihram, they should start reciting the Talbiyah where they make the intention for Hajj.

Upon entering the city of Mecca, the first step is to perform Tawaaf, which is to circumambulate around the Kaa'ba 7 times. The first round is done in a slow pace, the second one is done a little bit faster. The person has to go a little bit faster each time until he completes the 7th round. 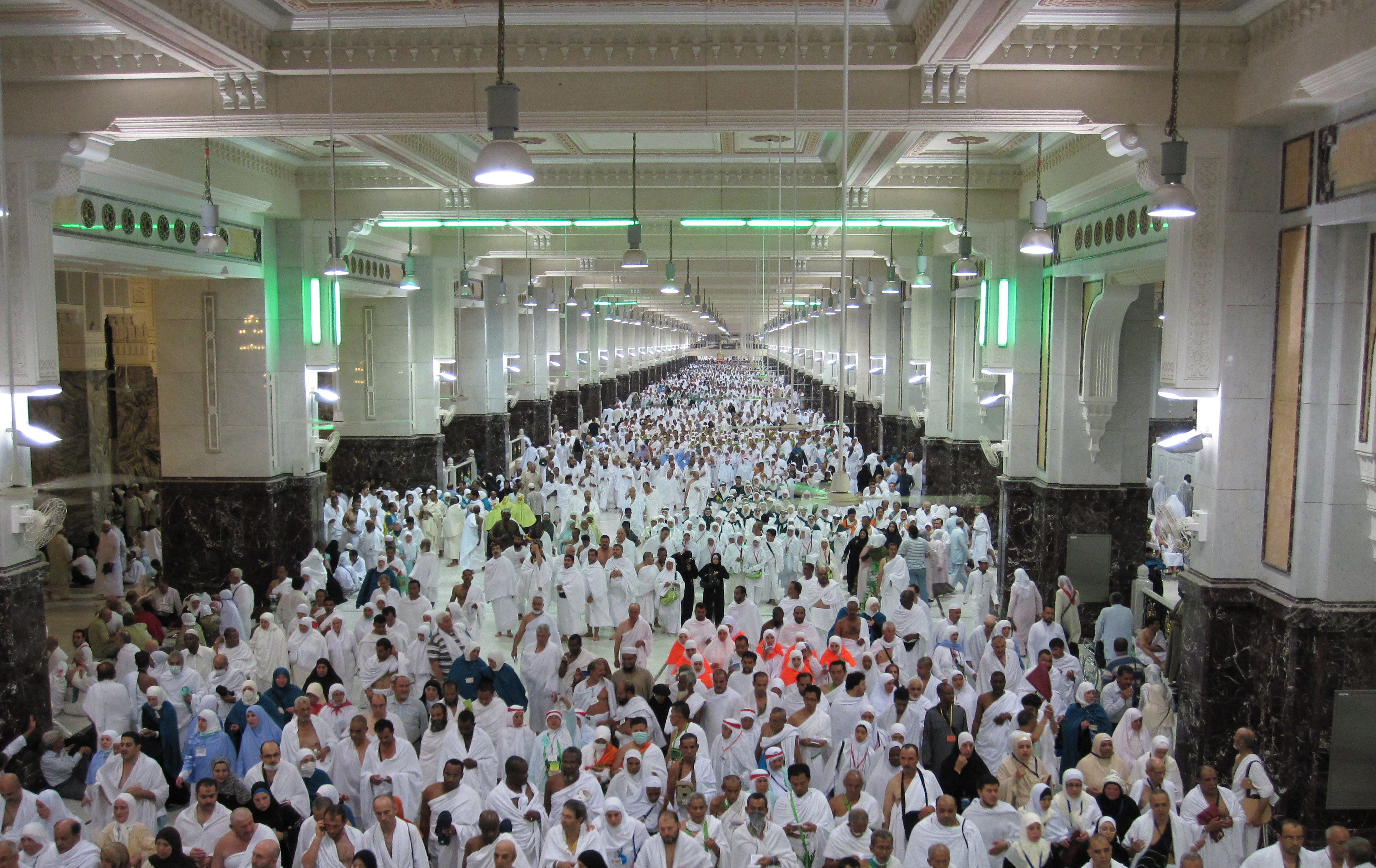 The next step of Hajj is to perform Safaa and Marwa. This historical background of this ritual is found in the times of Ibrahim Alayhi Salaam when he was ordered to leave his wife and son, Isma'eel Alayhi Salaam in the desert. At some point, they were left with no food and water, so Hajar started searching for water, running from one hill to another 7 times. Then Isma'eel Alayhi Salaam started hitting feet on the ground and water sprouted from the earth.

Pilgrims accomplish the Safaa and Marwa as a remembrance of Hajar Salamun Alayha. At the end of the Say', one must offer 2 Rakaah's of prayer in the Haram.

The next step in Hajj is to go to Mina. Pilgrims can go there by foot or by buses and will spend the day in tents in the worship of Allah. At Mina, they will stay in tents and will only leave at the dawn of the second day.

Known as the most crucial part of Hajj, standing on the Mount of Arafat also called Jabbal ur Rehma is a step where Muslims ask for forgiveness and repent to Allah. Going to Arafat is such a crucial step in Hajj that the Prophet (peace and blessings be upon him) said in one of the narrations that' Arafat is Hajj.

Upon descending the Mount of Arafat, pilgrims spend the night in Muzdalifah, which is situated around 8km from Arafat. Arriving there, pilgrims have to offer Maghrib and Isha combined together. Muzdalifah is also the place where pilgrims will collect pebbles for the next step of Hajj which will last for three days. Make sure to collect enough pebbles for this crucial step in Hajj, which is the Rami-al Jamarat.

Also known as the stoning of the devil, the Rami al Jamarat is a significant step in Hajj as well as a reminder of the test of Ibrahim Alayhi Salaam. He, Aleyhi salaam was commanded by Allah to sacrifice his son Isma'eel Alayhi Salaam, and while he was on his way, the devil came to him three times.

Each time, he would repel him by throwing stones at him until he reached his destination. Following the steps of Ibrahim Alayhi Salaam, Muslims around the world gather to proceed to the stoning of the devil.

Hajj is then completed with the celebration of Eid al Adha for those who are not performing the pilgrimage, while those the pilgrims need to have their heads shaved while women need only to cut a fingertip length of hair. Once the shaving and cutting of hair are done, pilgrims are allowed to leave the state of Ihram.

This Tawaaf is performed after all the rituals of Mina, Rami Al Jamarat, the sacrifice of an animal and the cutting of the hair.

It is the last Tawaaf performed before leaving Mecca, where one gets to glance the last time at this magnificent structure to which they direct themselves during the daily prayers.

As you will be new to this amazing journey, you ought to prepare yourself well and make sure that you're well equipped until the very end of Hajj.

Hajj is indeed a wonderful experience, however, it requires a lot of physical endurance, due to the number of outdoor worships. Thus, months before, make sure that you adopt a healthy lifestyle and develop a strong stamina so that you don't get easily worn out during the rituals.

Prior to your departure for Hajj, make sure you get vaccinated and have a medical checkup. People usually tend to fall sick after long traveling hours or even due to a change in climate. So make sure you take the necessary precautions before leaving.

A lot of these rituals involve walking and being constantly outdoors. Before you set out on your spiritual journey, you might want to keep a few things in your backpack. Hand sanitizers, sunscreen, and baby wipes are a must in your backpack. Keep a bottle of water as well, in case you break your wudhu.

As far as Ibadaah is concerned, keep a mini prayer rug that you can carry around without any problem, as well a pocket Du'a and Qur'an with you. Most of your times will be dedicated to worship, and since there are some places where prayer rugs and Qur'ans won't be nearby, you might want to take your own with you.

The Saudi government has passed a law that bans selfies in the two holiest cities of the country due to the excessive number of pictures being taken, in order to avoid disruptions during the rituals of Hajj. Phones or other devices are banned in the city of Mecca and Medina.

During the few days that a Muslim will be in the holy city, he will be experiencing a rekindling of his faith along with a yearning to become a better person. The whole process of Hajj is a testimony of faith, devotion, and love to our Master, bringing millions of people together, regardless of their status or nationality. This land brings Muslims together as one Ummah, making them experience the rituals of Hajj in the same way.

Reminding them that they are brothers, standing shoulder to shoulder in prayer and coming together to serve the religion of one God. And when one enters the holy city with the intention of accomplishing the Hajj solely for the pleasure of Allah, he will find contentment in his heart and become a newborn soul, discovering this Deen all over again.