Add these top destinations for Muslims in 2017 to your travel list when searching for some of the best vacation spots for 2017.  These amazing destinations have much to offer in terms of attractions, culture, cuisine and sights to see. Read HalalTrip's Muslim travel guide 2017 to get more information. 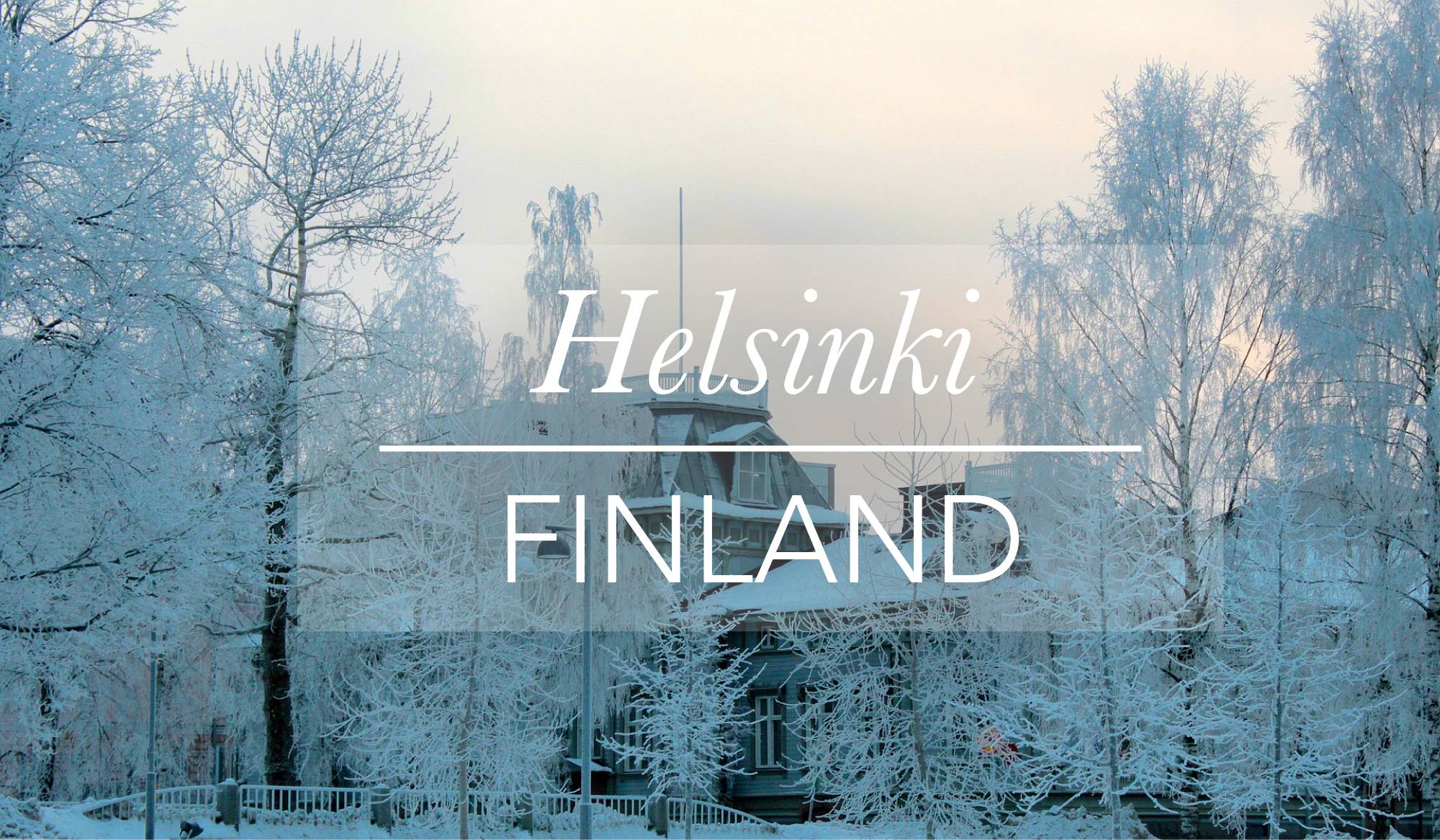 Helsinki - Finland's Southern capital - is one of the best places to travel in 2017 since Finland will be celebrating 100 years of independence and visitors will get to see a spectacular torch parade complete with celebrations. Places like the Helsinki Zoo which was established in 1889, Esplenadi Park or even the famous Linnanmäki Amusement Park make for great day out or for a relaxing stroll. Art enthusiasts can visit the well-known Ateneum Art Museum and travelers should not miss the UNESECO Heritage site -  Fortress of Suomenlinna. With interesting landmarks, attractions and unique architecture, Helsinki is definitely worth a visit. There are a few Halal restaurants in Helsinki serving Halal food, mainly located close to the main mosques in the city. 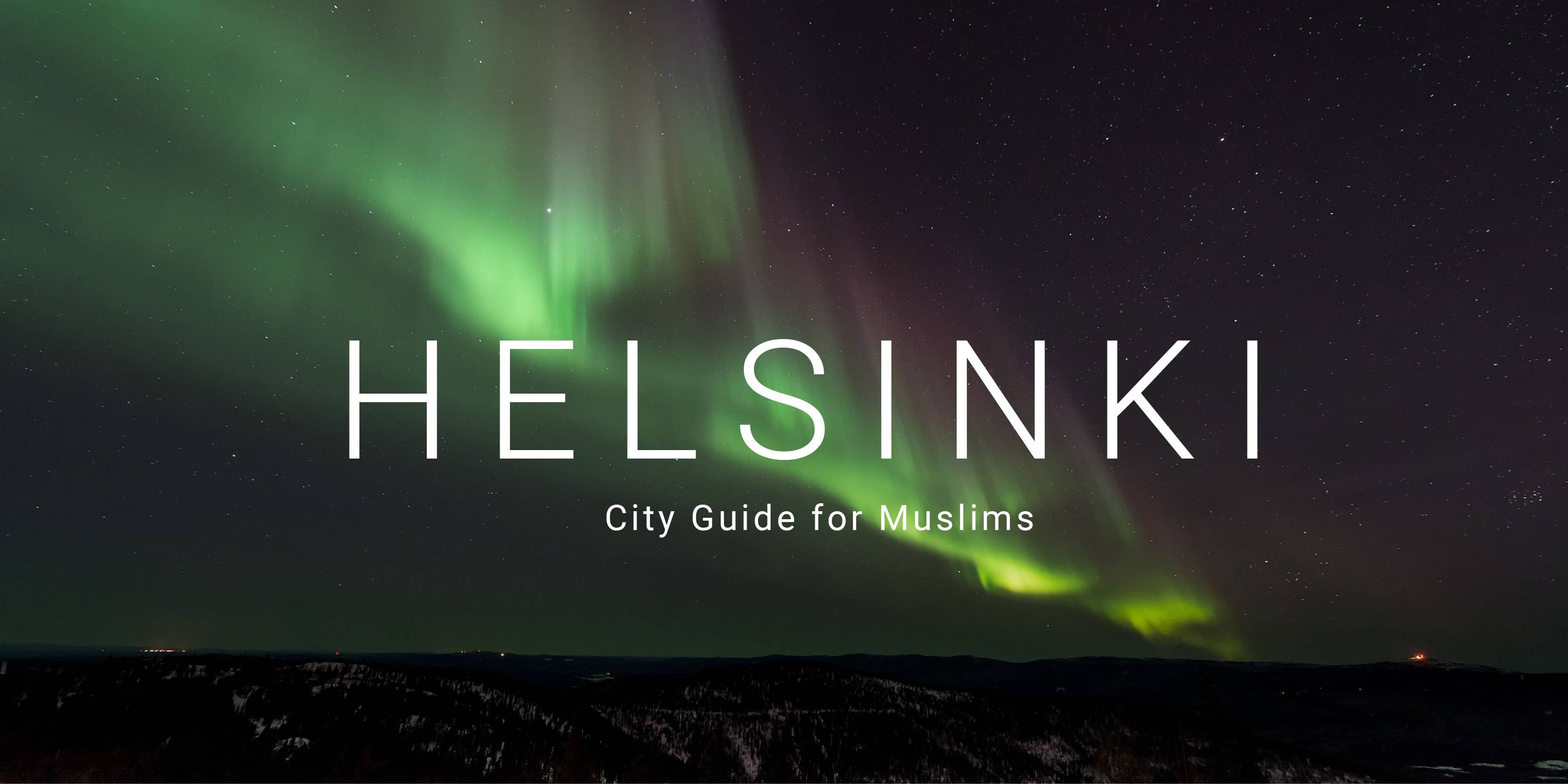 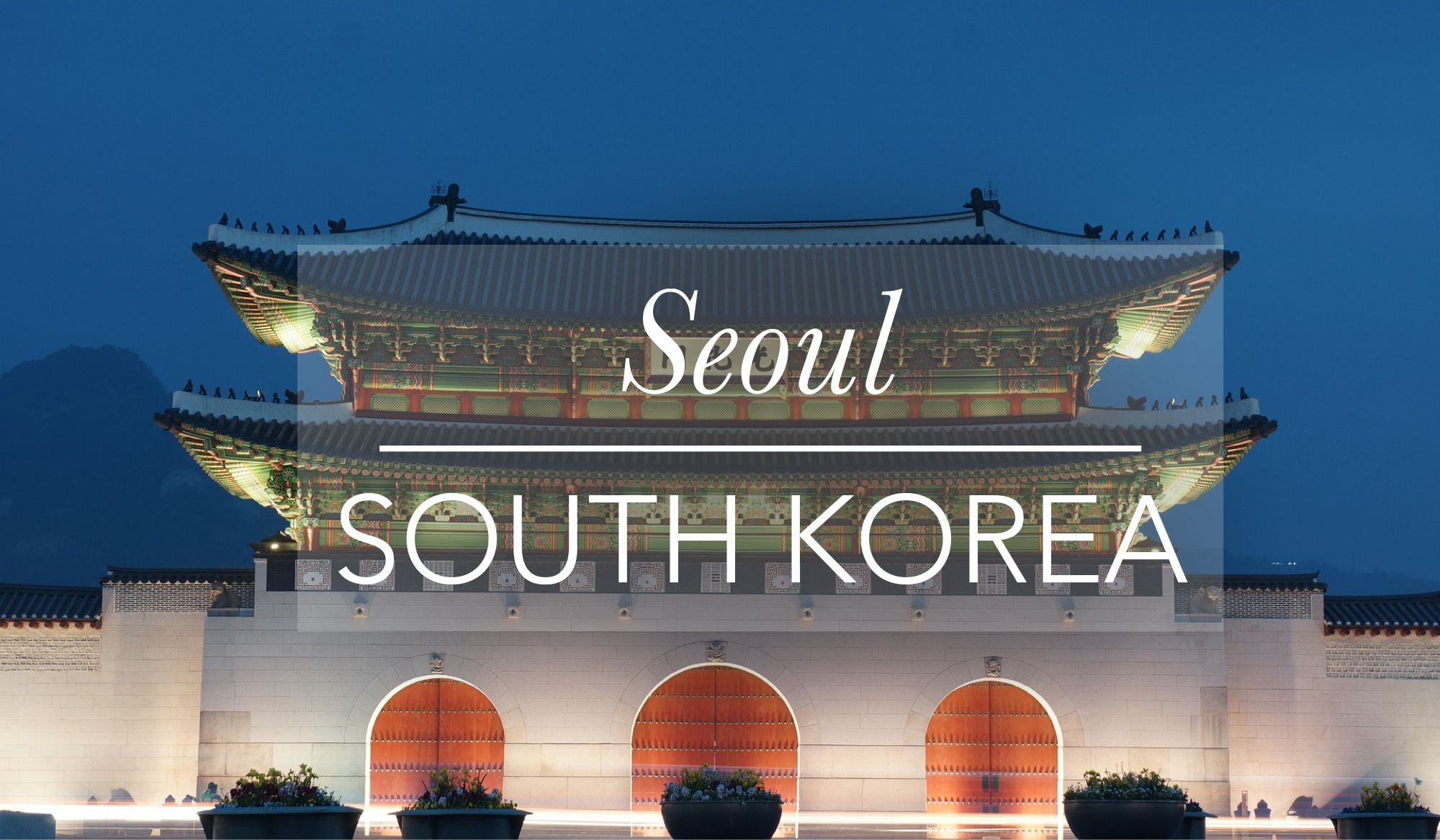 South Korea has plenty to offer both modern travelers and those who would enjoy authentic experiences in Korean culture – being one of the top 10 destinations in the world 2017. Travelers should drop by the beautiful Gyeonbokgung Palace and Bukchon Hanok Village and observe beautiful Hanok architecture. Experience a gorgeous view of Seoul and get immersed in Korean culture by visiting the N Seoul Tower, or more commonly known as the Namsan Tower. Seoul has countless places such as Myeongdong and Hongdae to shop for clothes, accessories and beauty products at any bustling retail outlet. Traditional carvings or handicrafts can be found at special weekend market a as well. There are quite a few restaurants and cafés serving Halal food, and a few mosques including the Seoul Central Mosque. 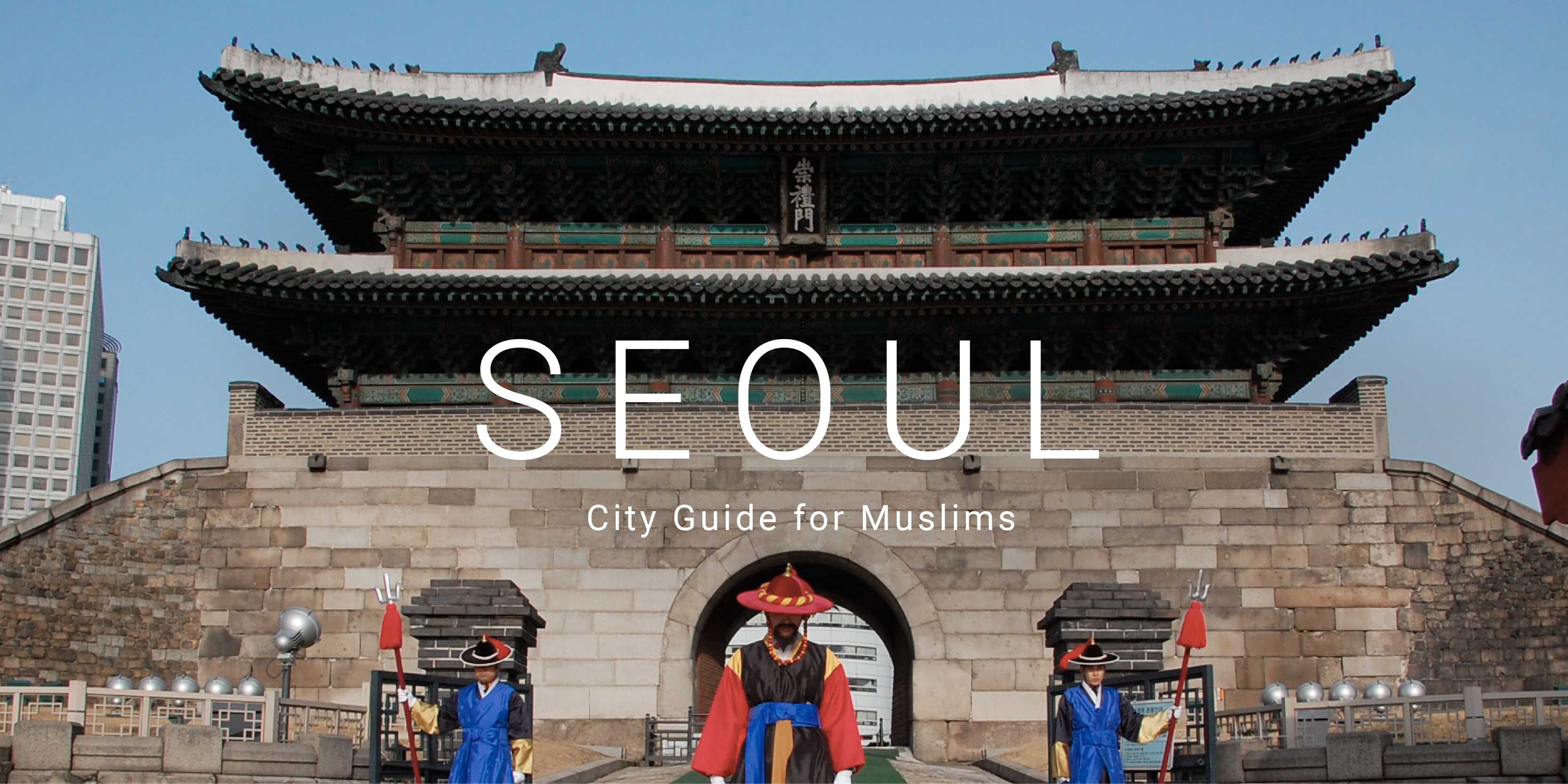 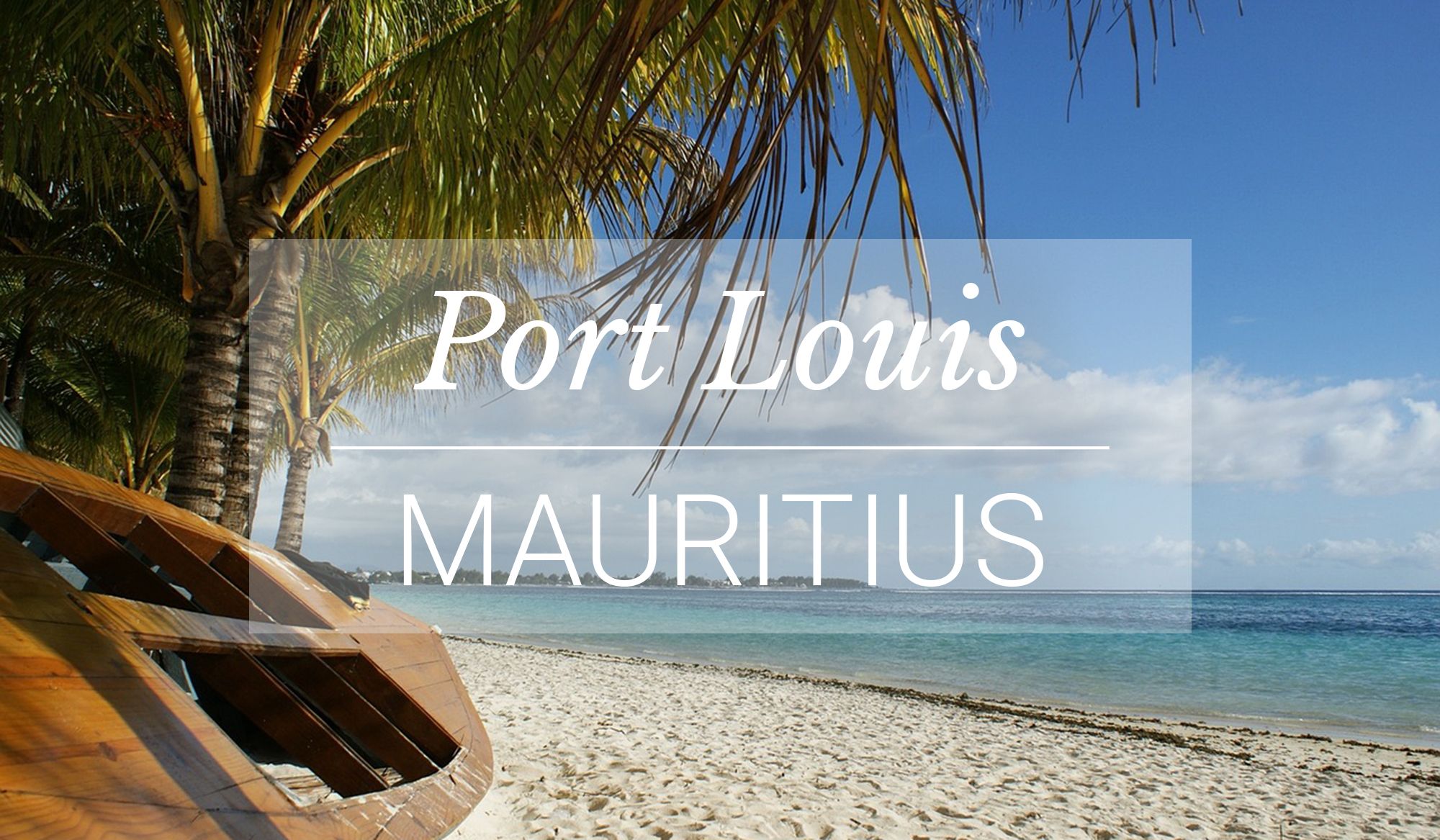 Being one of the top Halal-friendly destinations in 2017 - Mauritius is a breathtakingly beautiful island that should be visited at least once in your lifetime. Spend hours strolling surrounded by white sandy beaches and the blue ocean, or take a historical tour that includes a visit to the National Museum or St. Louis Cathedral. Halal food can be easily found at a decent number of restaurants in Port Louis and when it comes to prayer facilities, there are a number of mosques too. The famous Jummah Mosque that was built in the 1850s is an important part of history and has unique mix of Creole, Indian and Islamic architecture. 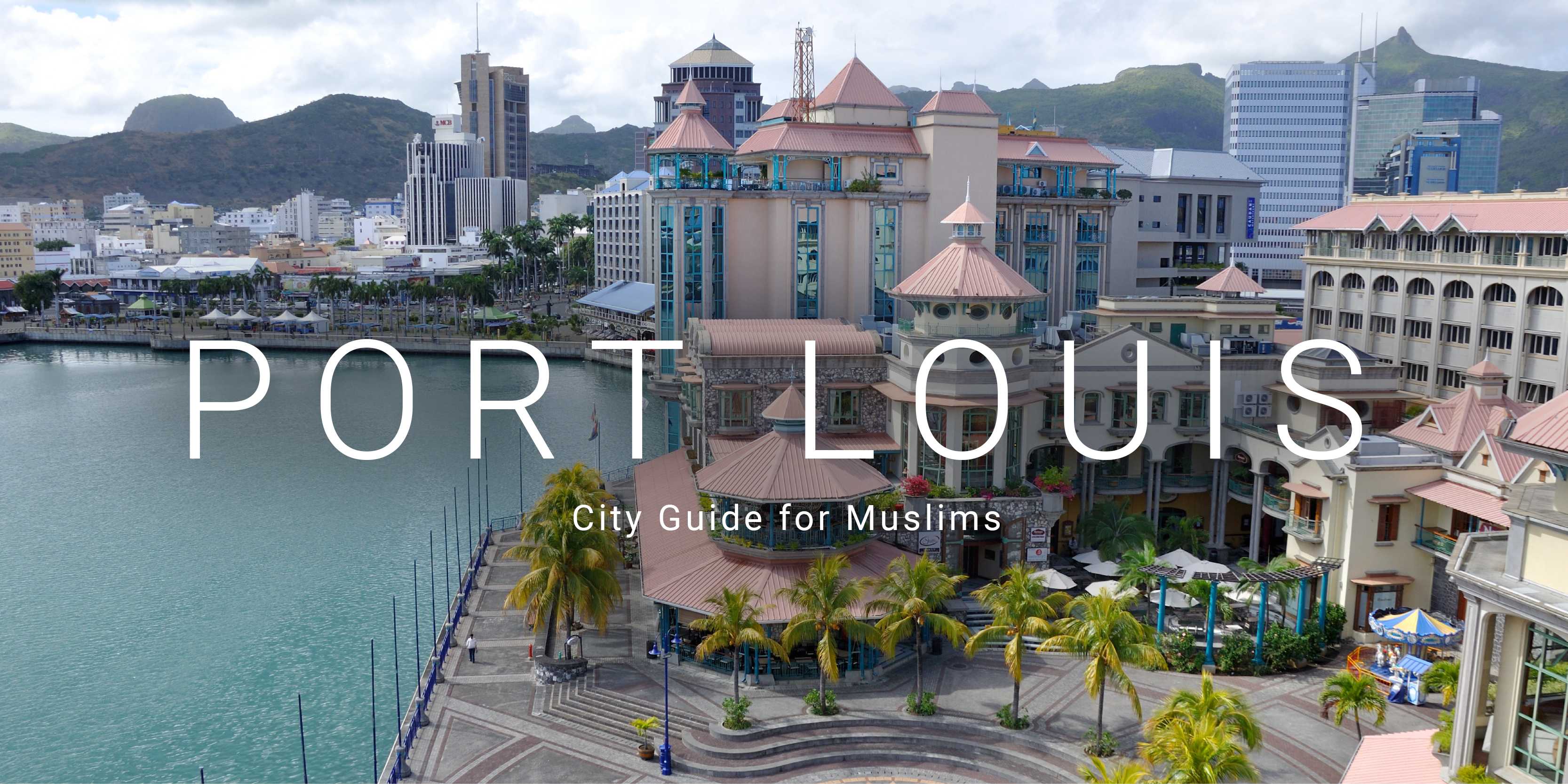 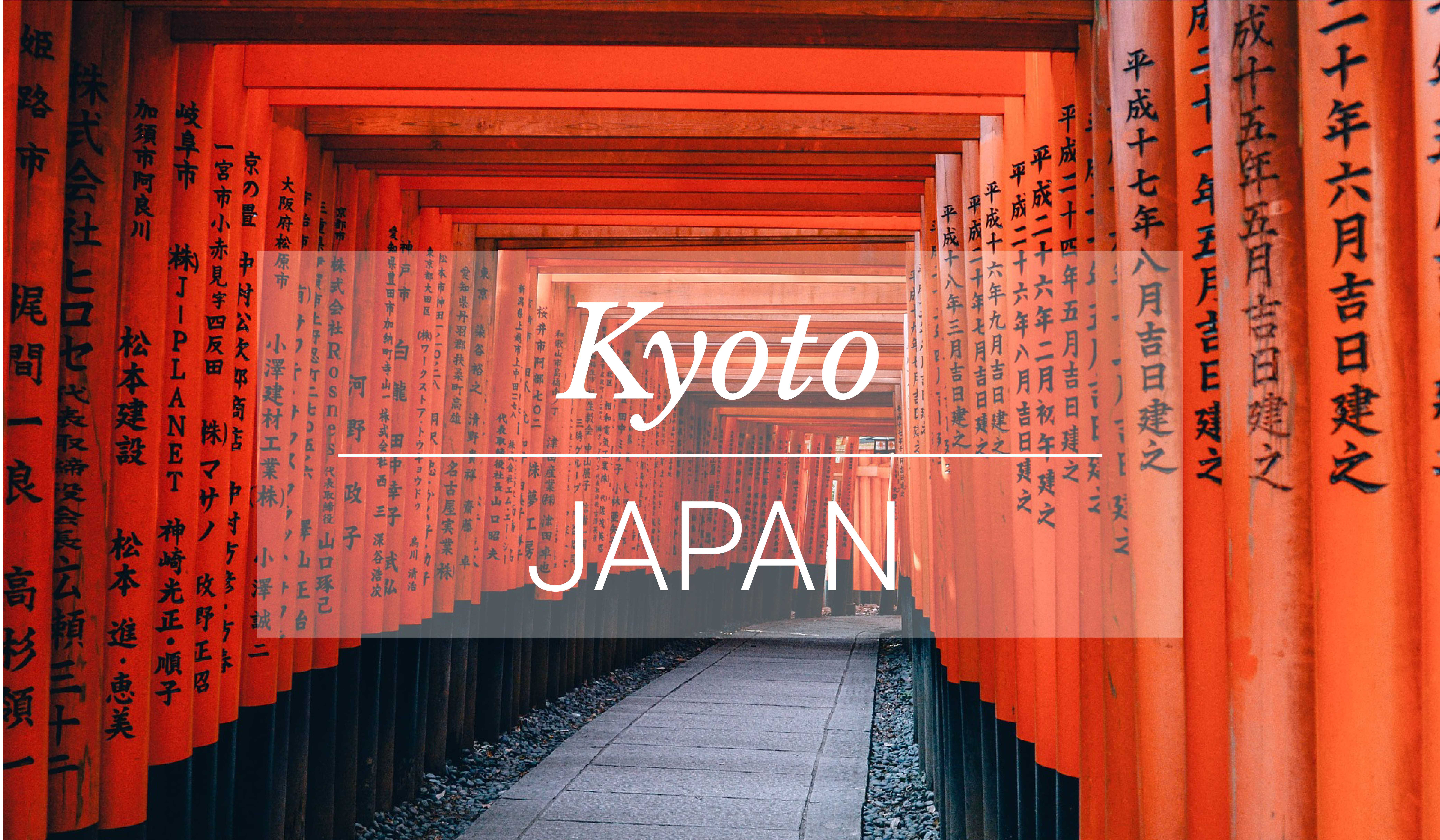 Immerse yourself in Japanese culture and history by first visiting the famous Fushimi Inari Shine. Entrance is free and be sure not to miss the Instagram-worthy vermillion orange gates that adorn the shrine. If you are feeling adventurous and prefer the path less traveled, take the scenic route up Mt. Inari with a breathtaking view of the Kyoto skyline. Be warned though, it is easily a 3 hour hike!

Travelers can take a day out to the bamboo forest of Arashiyama for a morning walk through the serene greenery that surrounds you. Also not to be missed is a visit to the Kyoto Imperial Palace (just beside the Kyoto Mosque), Maruyama Park for an amazing view of cherry blossoms and the Kimono Forest during the night. Availability of Halal food in Kyoto has increased over the years and you can find Halal outlets as well as Muslim-friendly eateries in Kyoto. 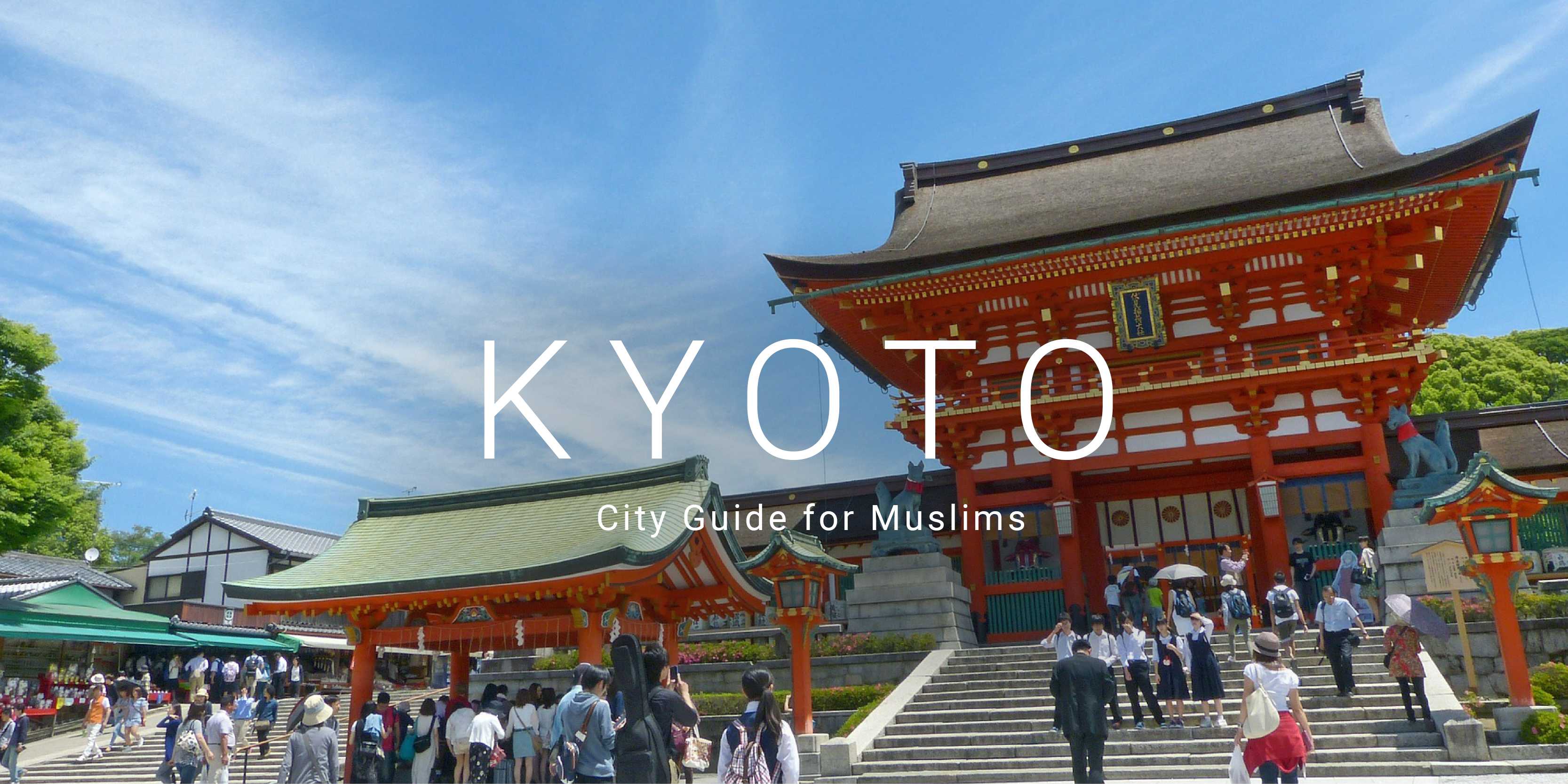 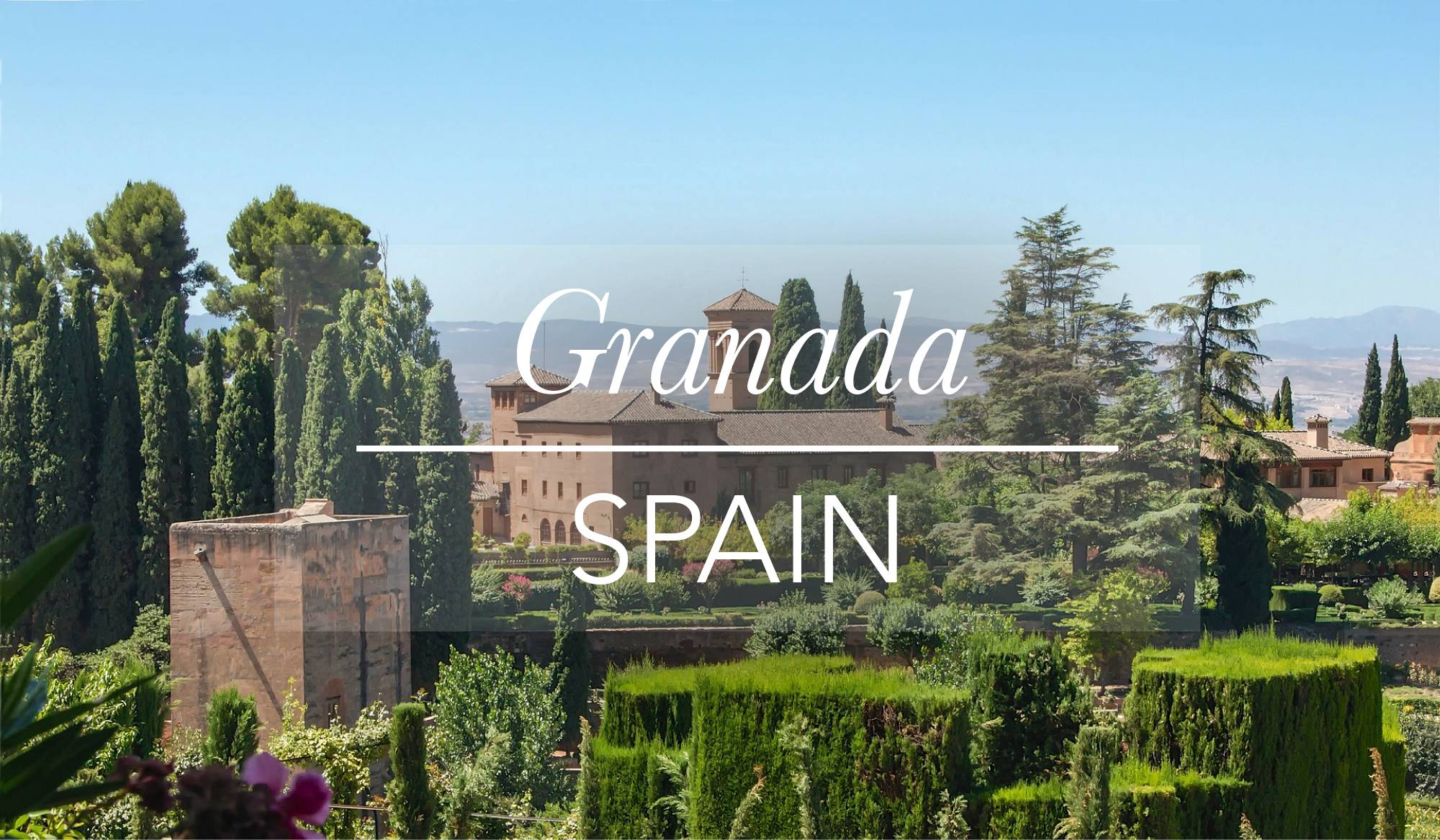 Located in the Andalusian region of Spain, a holiday in Granada should include a visit to the UNESCO Heritage Site – the Alhambra (Alcazabac citadel) and the Palacio de Generalife garden where beautiful Islamic architecture can be seen. Granada has a rich Islamic history that dates back to the 13th century - Albaicín where the influence of Moorish architecture and structures can be seen. The Gothic style of Santa María de la Encarnación Cathedral and Renaissance architecture of Capilla Real is simply beautiful too. Finding Halal food in Granada will not be hard since there are several Halal restaurants in convenient areas. There are two mosques in Granada which are the Grand Mosque of Granada and Altaqwa Mosque. 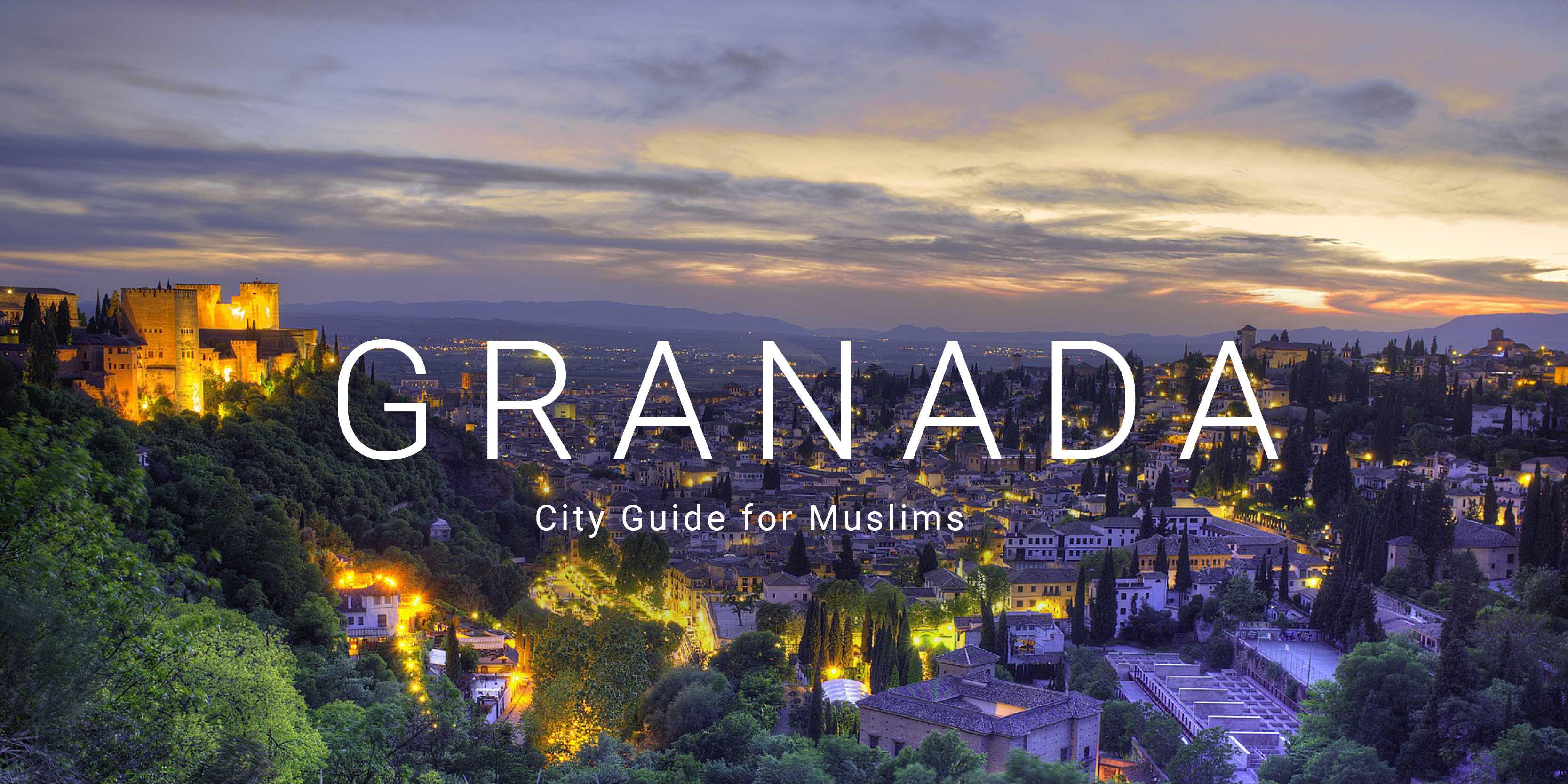 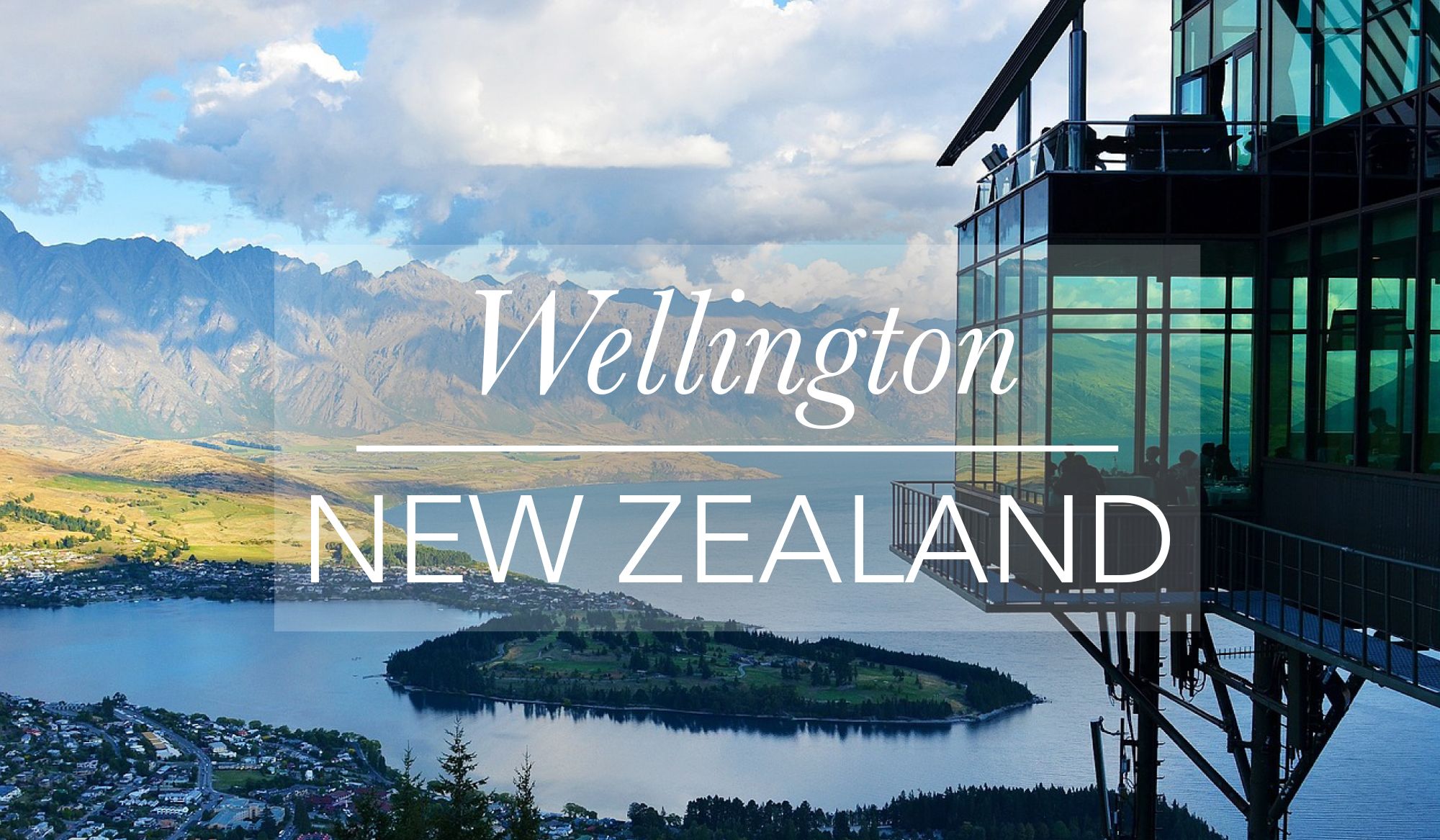 With a relaxing environment surrounded by interesting galleries, charming cafés and a great view of the natural harbour - Wellington is one of the best vacation spots for 2017. The Museum of New Zealand also known as Te Papa Tongarewa should be visited to experience the culture and heritage of the country. Taking a cable car ride promises an amazing view of the city, and visiting the Botanical Garden, Zealandia Ecosanctuary and the Space Place observatory is also a great way to view other attractions too. Wildlife and nature enthusiasts can take a drive to Wairarapa that located in North Wellington. Wellington is also known for some great eating outlets with a number of restaurants serving Halal food and a few mosques in convenient locations. 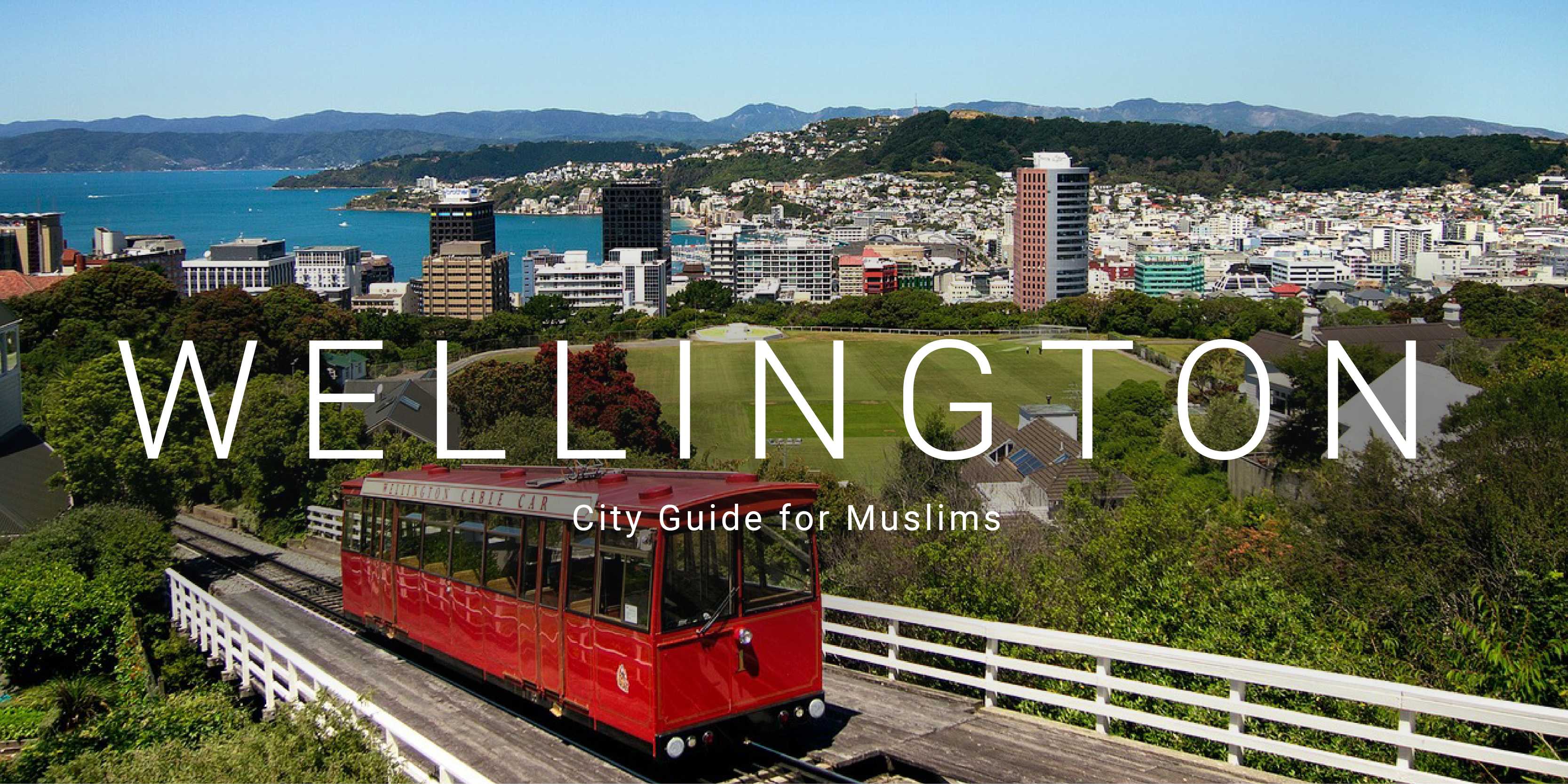 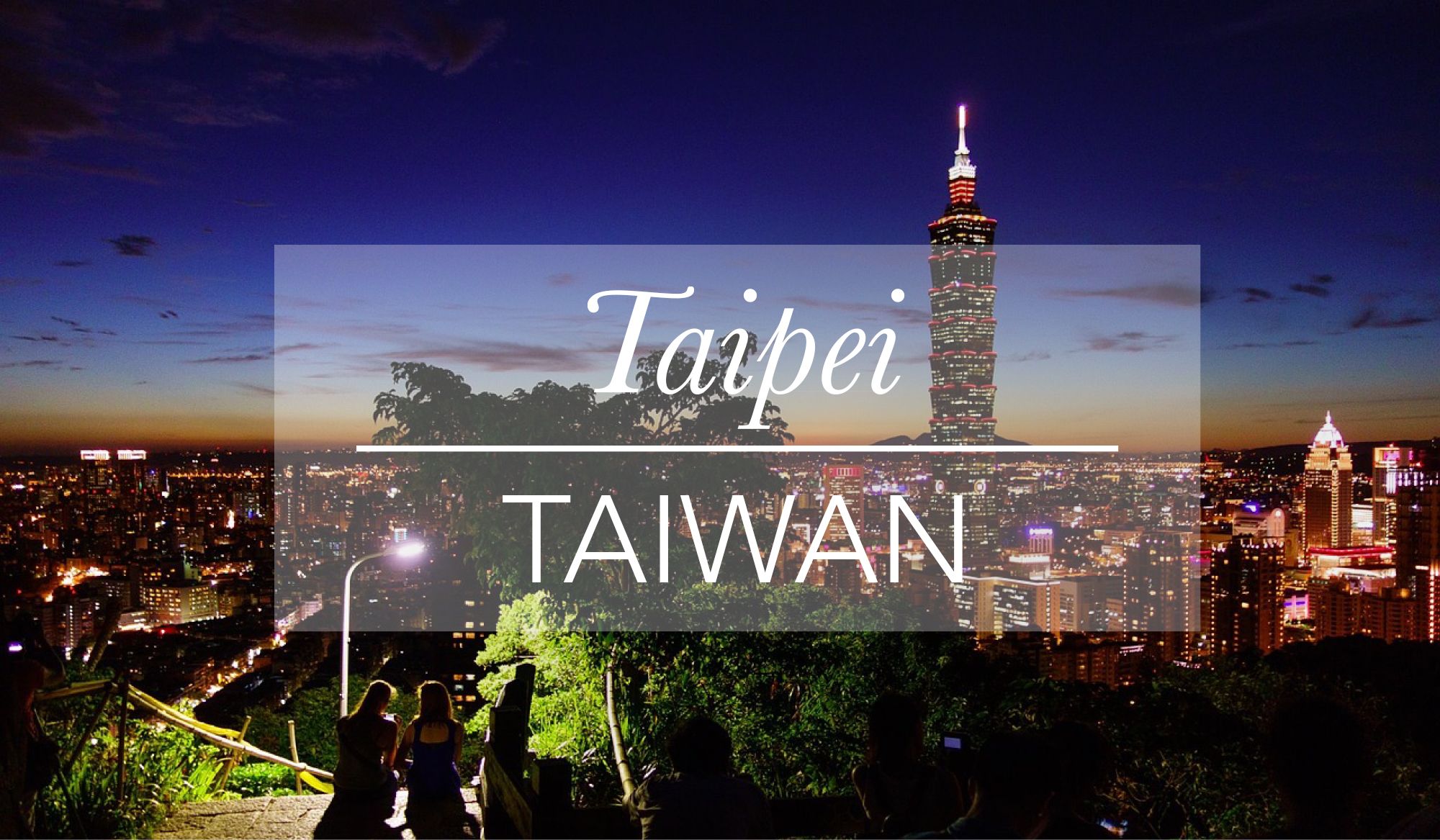 Taipei is one of the busiest cities that is also an interesting place where cultural and historical landmarks and unique attractions can be found. The Confucius Temple built in Minnan style and the Chiang Kai-shek Memorial Hall including Zhongshan Hall are some of the main attractions that should be visited. To see the beauty of Taipei city, travelers can ride to the top floor of the famous Taipei 101 Tower. There are more restaurants and eating outlets serving Halal food that can be found and the majority of the mosques in China are situated in Taipei – the main Taipei Grand Mosque is a famous historical landmark too. 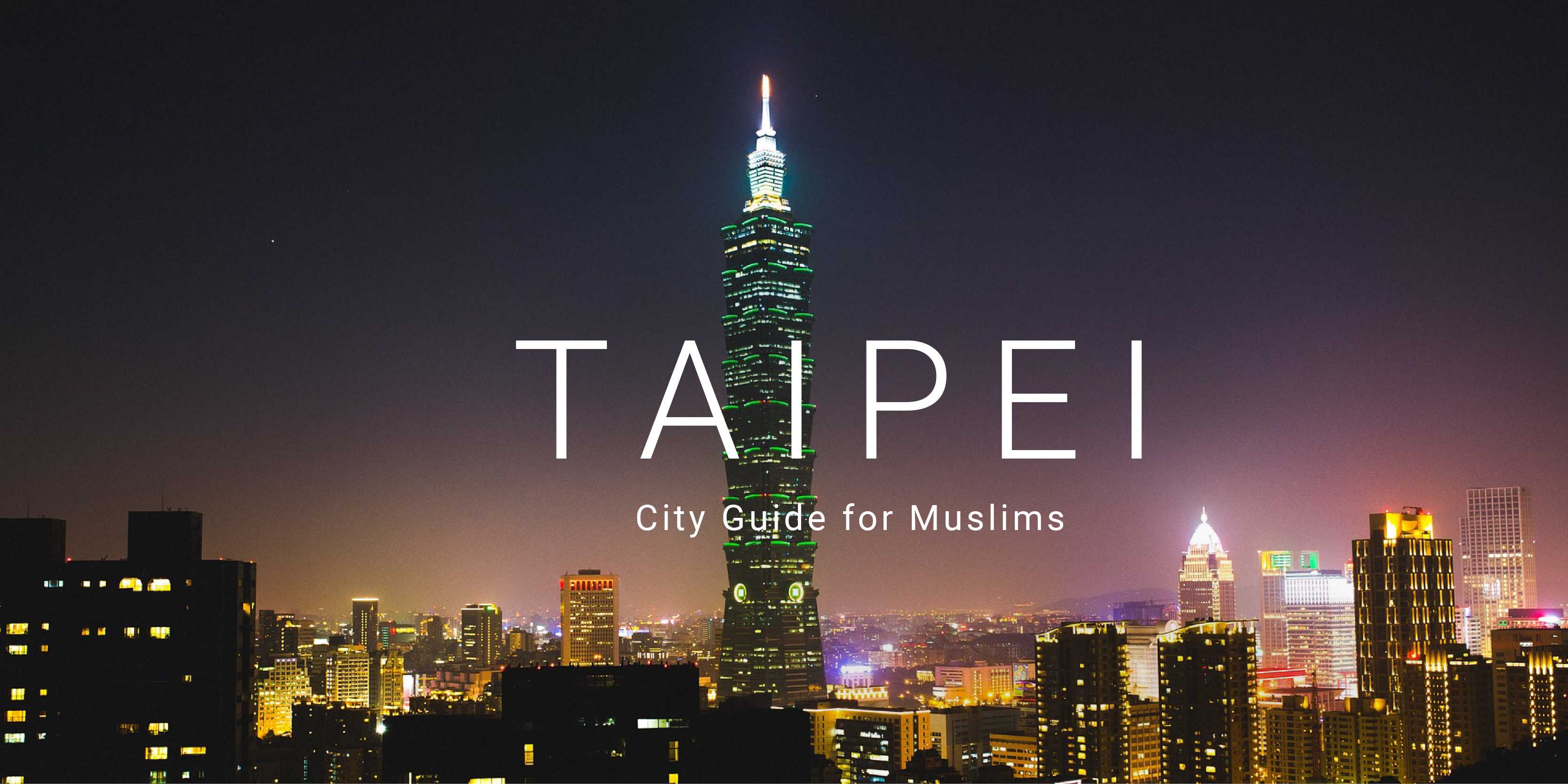 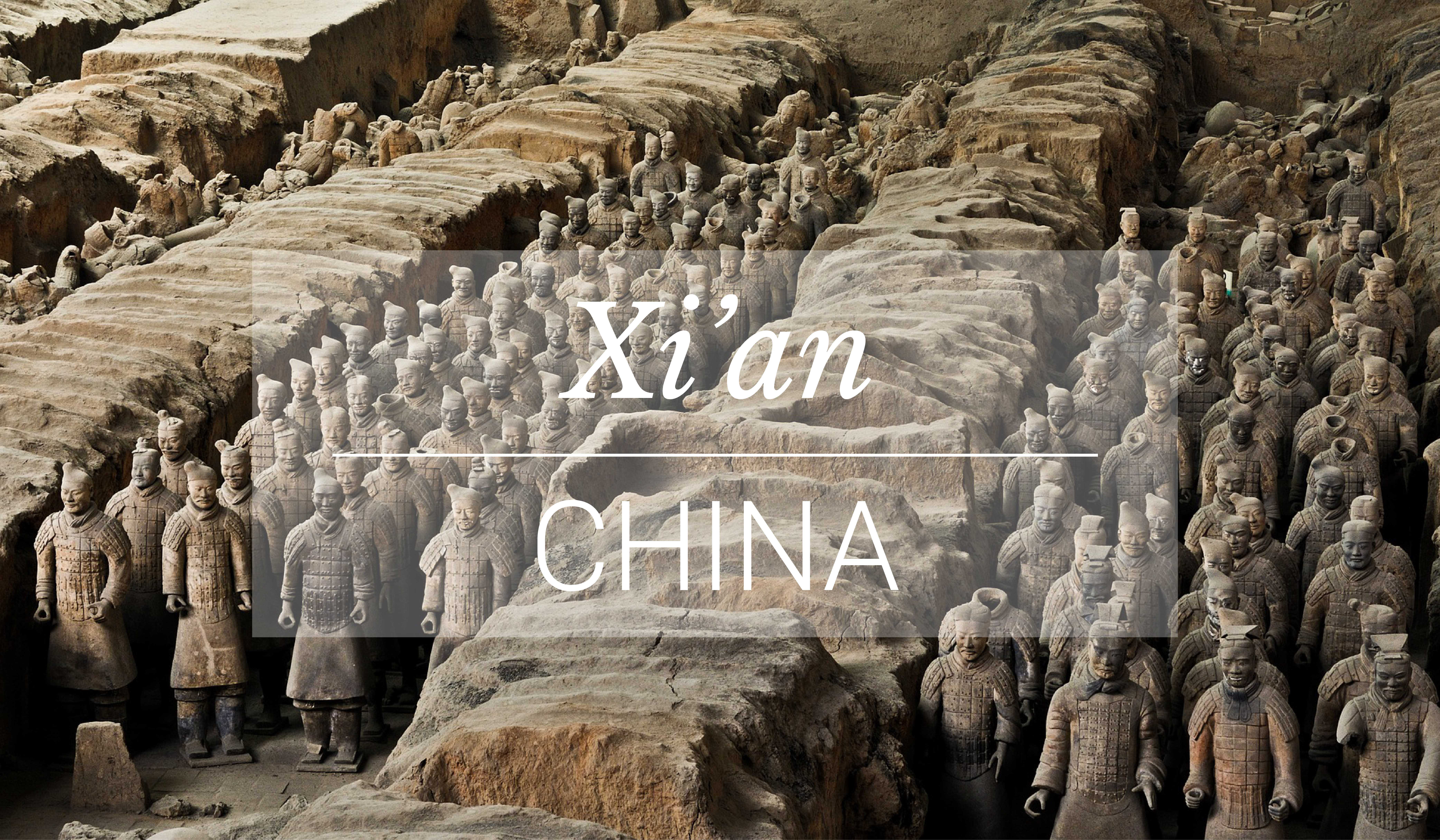 Contrary to popular assumption, China has a significant Muslim population found in the city of Xi’an. Also home to the popular attraction – Terracotta Army – the Muslim quarter in Xi’an boasts a wide variety of authentic Halal Chinese food that you will not be able to find anywhere else. Not only are things cheaper here than in bigger cities in China like Beijing, you will also be spoilt for choice. It is said that the snacks here are a must-try and the souvenirs a must-buy!

Islam was first introduced to China by Arabian and Persian merchants during the Tang dynasty. Remember to drop by the Xi’an Great Mosque, home to the largest mosque in China. Its architecture is a mix of traditional Chinese and Islamic art typical of that period which makes it a sight to behold. 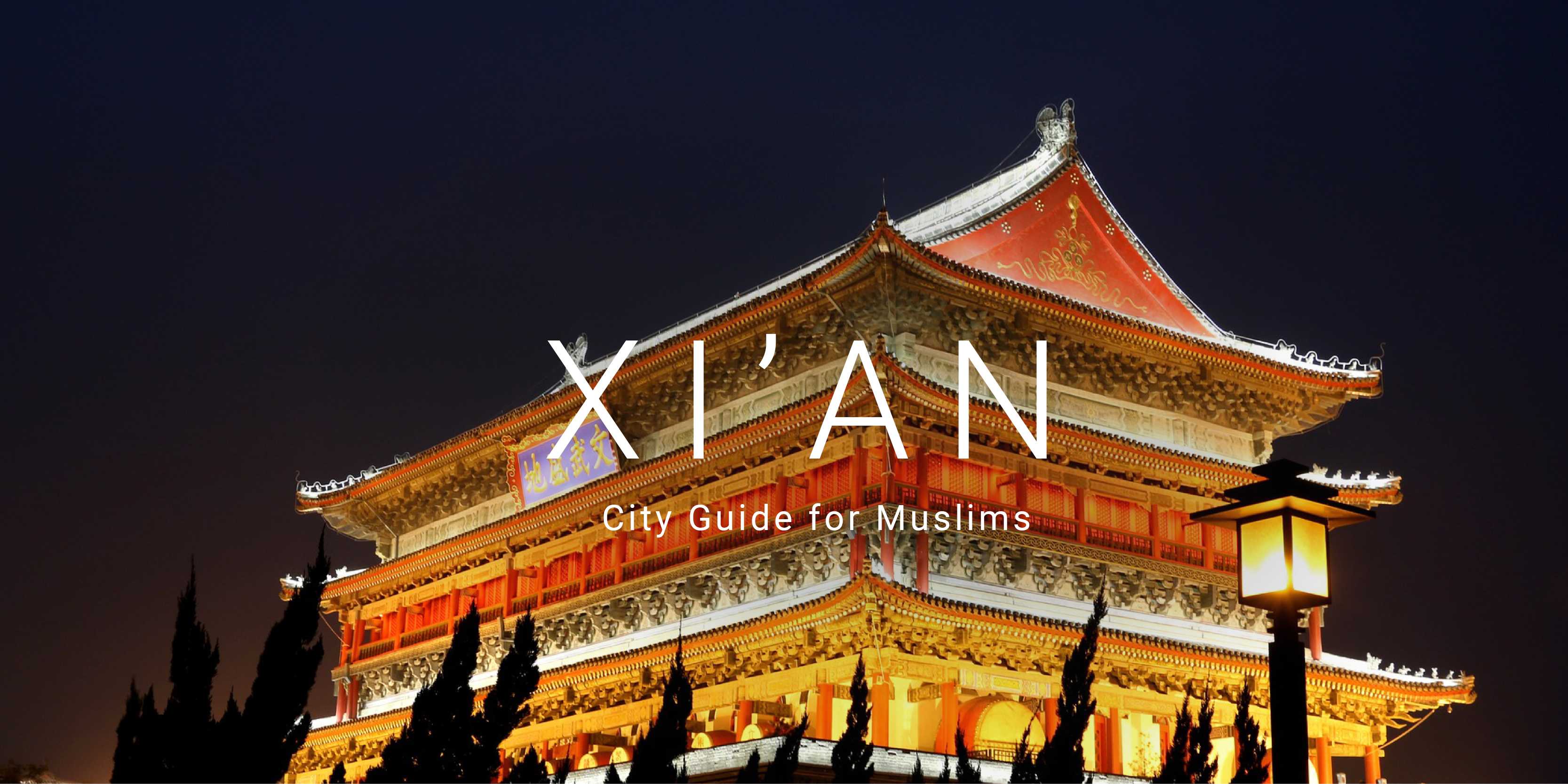 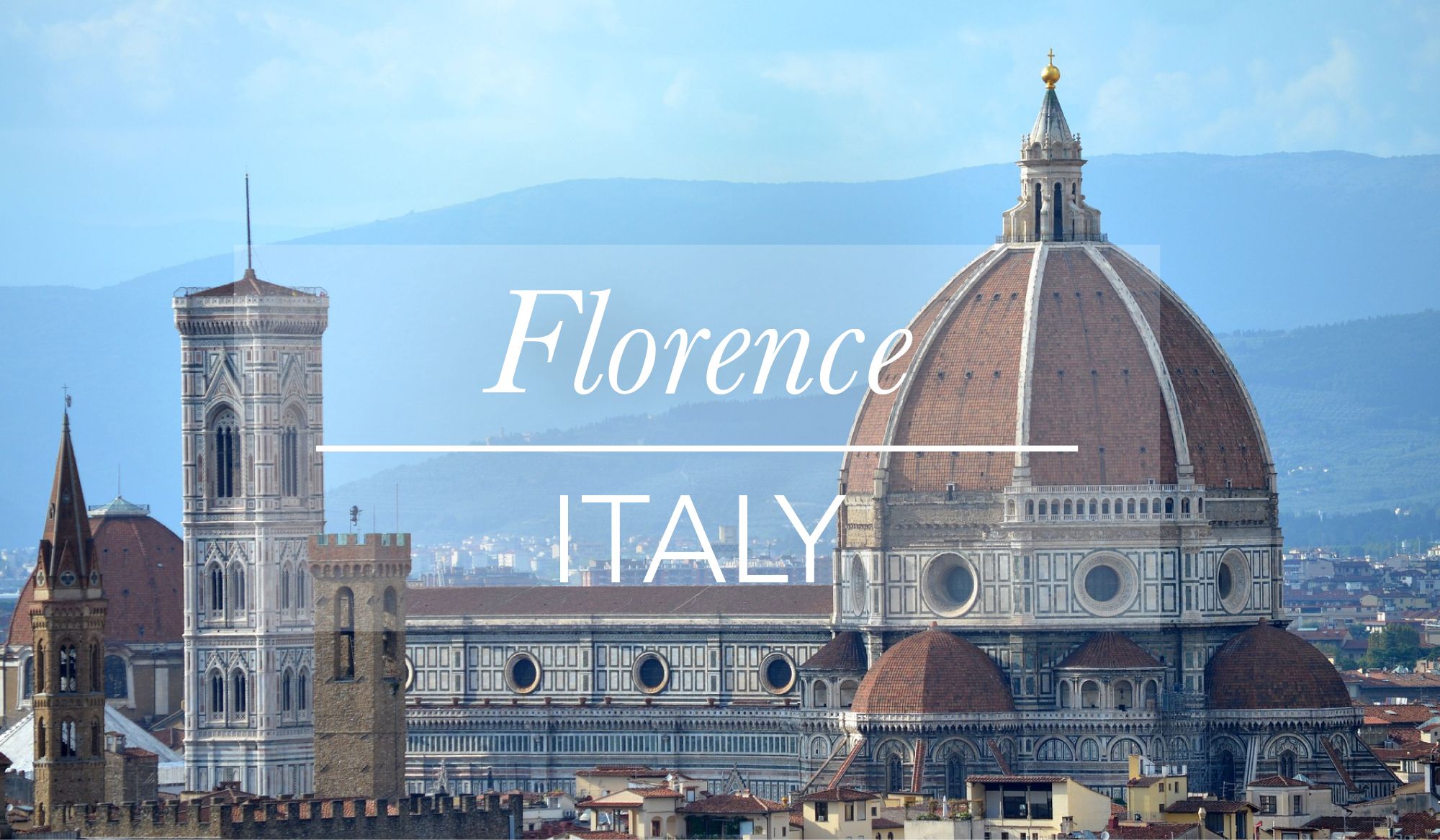 It’s no surprise that Florence is one of the best vacation spots for 2017 with beautiful historical buildings such as The Florence Cathedral, Palazzo Vecchio, National Museum of Bargello and much more. The architectural styles are something to be admired and Florence is full of historical wonders - art enthusiasts should not miss the Uffizi Gallery and the Accadamia Gallery too. There is a small selection of restaurants and cafés serving Halal food and a small number of mosques too. 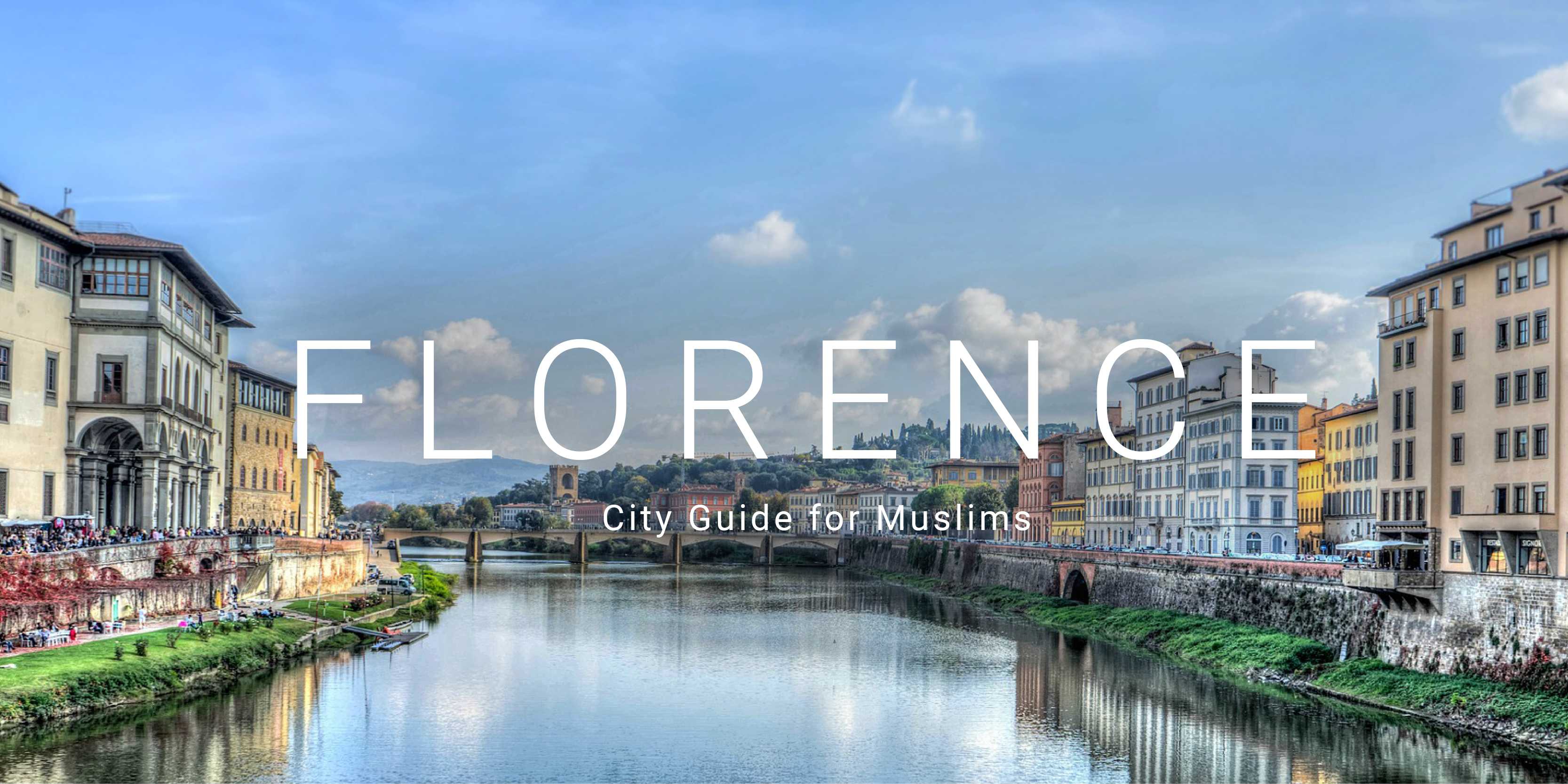 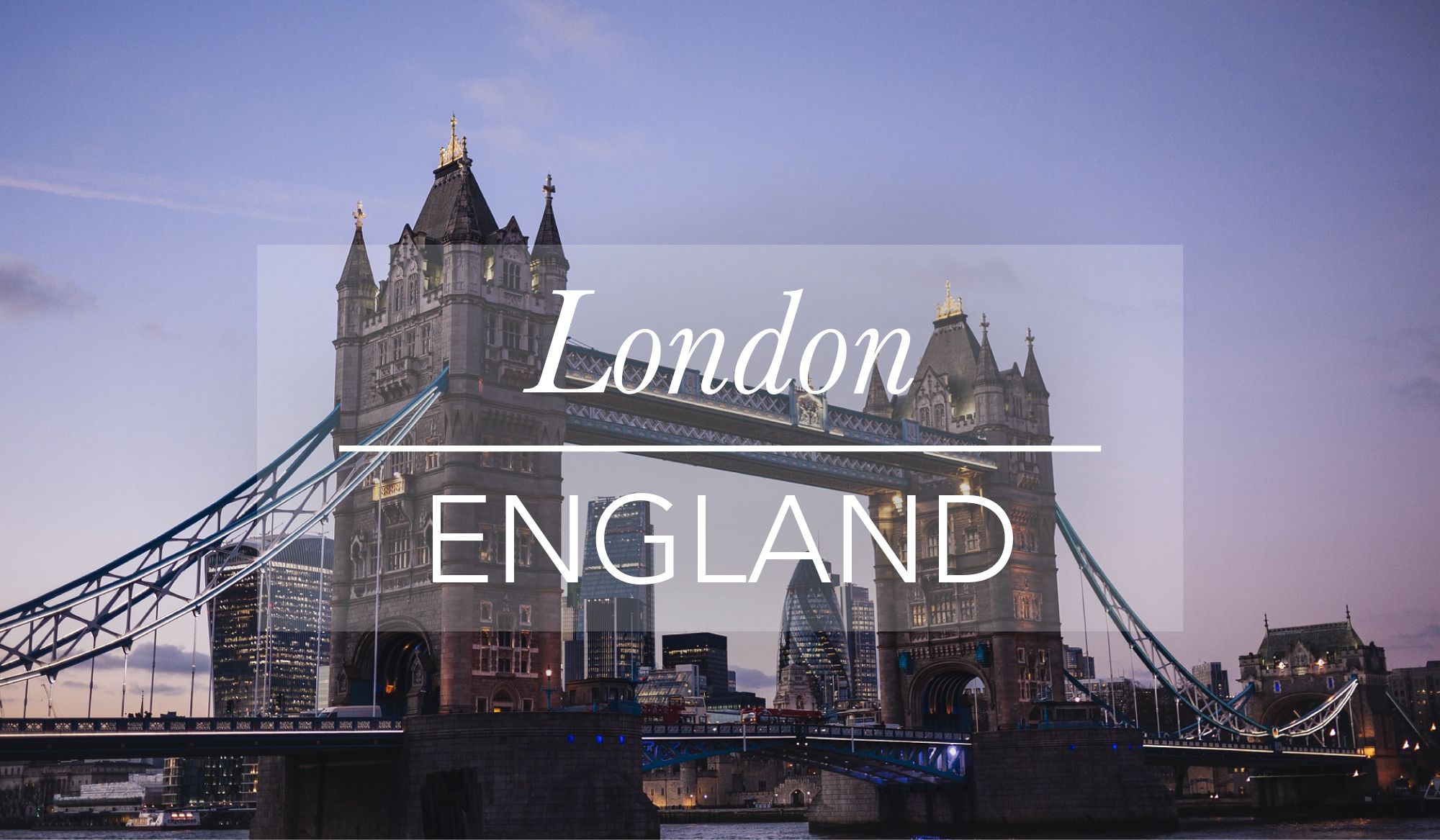 Traveling to the United Kingdom will be more affordable for foreign travelers with the British Pound declining in value. London falls on the list of top Halal-friendly destinations in 2017 with a growing Muslim population, easier access to Halal food and prayer facilities or mosques. For a cultural experience, take a tour of Buckingham Palace and Kensington Gardens or visit the famous wax museum Madame Tussauds. The Sea Life Aquarium is a fascinating place to observe marine life or learn something new by visiting both the Science Museum and The British Museum. London is an interesting and exciting place to visit - you can get an amazing panoramic view from the London Eye too. 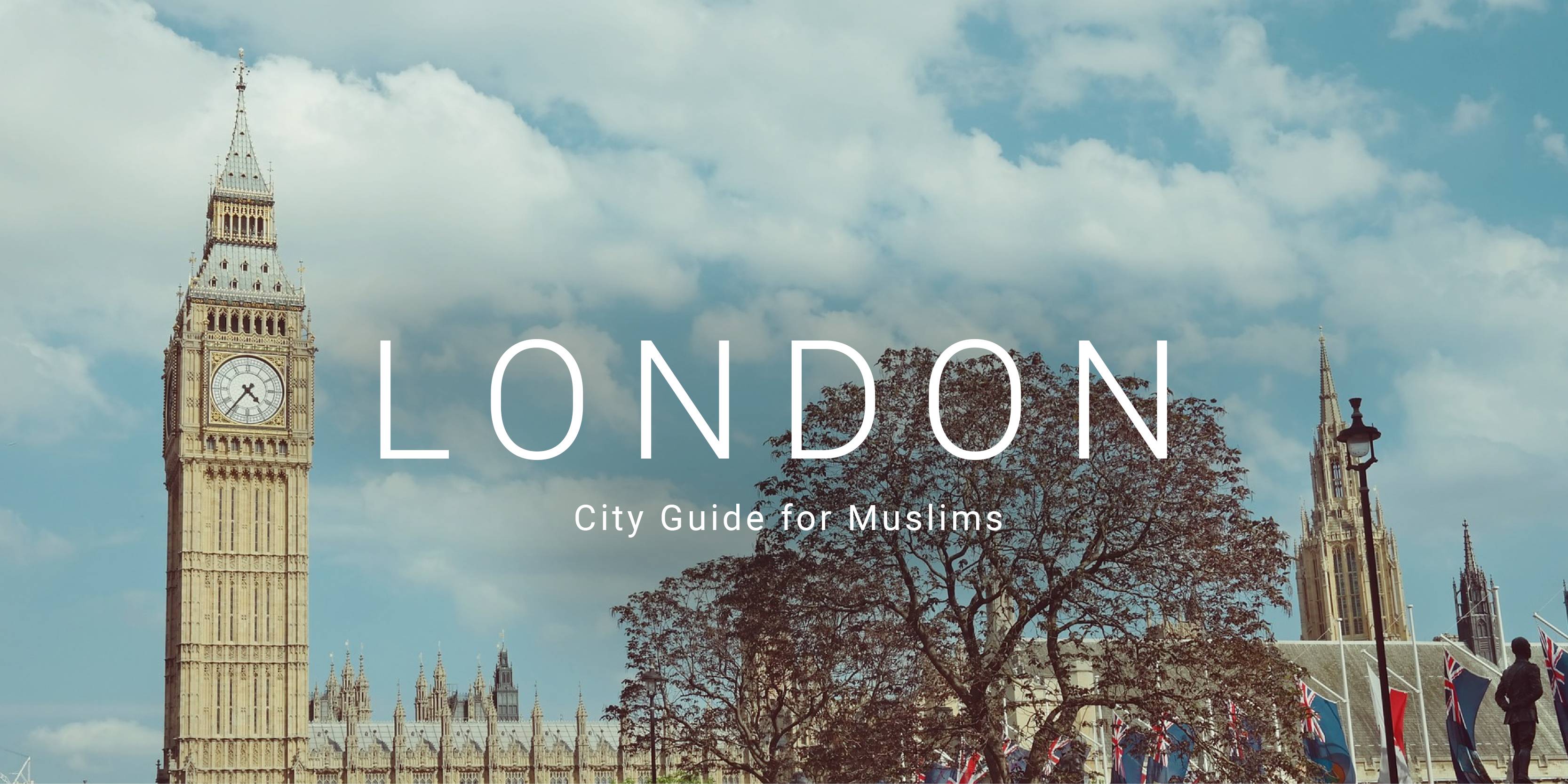 The HalalTrip iOS and Android App is a great tool for Muslim travelers who find it difficult to calculate prayer times and find the correct Qibla direction while traveling to an unfamiliar location.