Real Madrid striker Karim Benzema has won the men's Ballon d'Or for the year 2022. Bayern Munich's Sadio Mane, who was at Liverpool in 2021-22, was second ahead of Manchester City's Kevin de Bruyne.

The Ballon d'Or is voted for by 100 journalists from around the world. With the award ceremony being held at the Théâtre du Châtelet in Paris, France.

After Zinedine Zidane in 1998, Benzema became the first Frenchman to get the prestigious honor. To award his countryman with the prize, Zidane attended the occasion.

Lionel Messi and Cristiano Ronaldo had won 12 of the last 13 Ballon d'Ors-with Real Madrid’s Luka Modric winning as the sole outlier in 2018-but Messi was not even nominated for the 2022 award. Ronaldo finished 20th this year.

Karim Benzema has won the prized Ballon d'Or award, making him the fifth Frenchman to do so.

"This prize in front of me makes me really proud," said Benzema. "When I was small, it was a childhood dream. I never gave up. Anything is possible.”

"I'm really proud of my journey here. It wasn't easy. It was a difficult time for my family as well."

The striker is also the oldest Ballon d'Or winner since Stanley Matthews won the first edition of the prize in 1956.

The 34-year-old, a Real Madrid player since 2009, is anticipated to play a significant role for France in the World Cup in Qatar, which gets underway on November 20.

Karim Benzema won the Ballon d'Or on his tenth nomination.

Find out other players to look out for in the English Premier League for the 2022/23 season!

A Great Day for Muslim Footballers

It is a proud moment for the Muslim community worldwide as 3 of the top 5 Ballon d’Or winners are Muslims.

The success stories and journeys of players like these are undoubtedly the best way to motivate and inspire young children who want to succeed in life.

Sadio Mane also recently was awarded the African Player of the Year for 2022. Read more here! 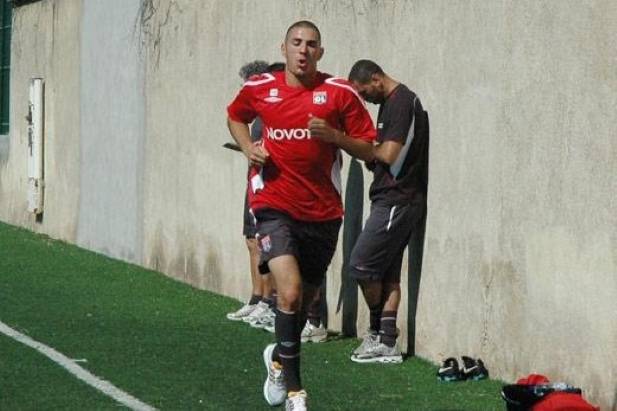 Born in Lyon to French nationals of Algerian descent, Benzema began his career with his hometown club, Olympique Lyonnais (Lyon) in 2005. He went on to win 3 Ligue 1 titles, along with scooping the Player of the Year award in 2008.

When Benzema transferred to Real Madrid in 2009 for €35 million, it set a new French record for a football transfer.

At Real Madrid, he grew season by season, playing alongside Ronaldo and Bale to complete their deadly frontline, which played an integral role in helping Madrid clinch a record-breaking four Champions League titles from 2014 to 2018.

Benzema transitioned from his existing role to that of a single forward for the team after the departure of Ronaldo in 2019.

He won La Liga Best Player twice and the Pichichi Trophy for the first time in 2022.

He was named in the La Liga Team of the Season for four consecutive years from 2018 to 2022 and he won his 5th Champions League title in 2022 by being the top scorer in the Champions League.

For his outstanding performances in 2022, he was awarded the UEFA Player of the Year and the Ballon d'Or.

He cites his family and his Islamic faith as keeping him strong, even in the face of adversity. “My family inspires me. The values and morals my parents gave me helped me stay the same person,” he explains.

“My faith also helps me to be focused every day. It brings me benefits and it’s my strength for me, my family, as well as for my work – for literally everything.”