Qatar 2022 FIFA World Cup: All you need to know guide

It is never, ever too early to start thinking about the World Cup, the wealthiest, most well-known, significant, seismic event in all the international sports.

The 2022 FIFA World Cup is all set to take place in Qatar from November 20 until December 18.

We've created the ultimate guide for all the football fans out there from all over the world to support their country in the 2022 Football World Cup.

The tournament is set to take place from the 20th of November to the 18th of December 2022 assuring more than a month of action-packed matches. 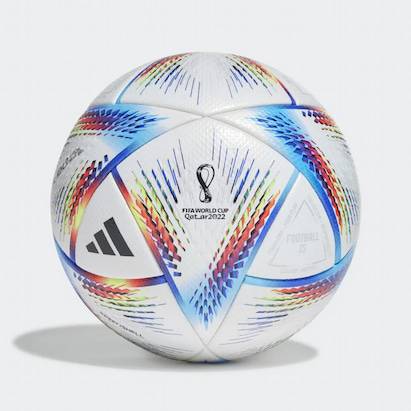 The Official Match Ball for the FIFA World Cup Qatar 2022 has been revealed by Adidas and is naAl Rihla.

The FIFA World Cup's 14th ball, which Adidas has manufactured, is designed to enhance peak game speeds because it flies faster than any other ball in the competition's history.

Al Rihla is designed from the inside out using data and rigorous testing at the Adidas labs, in wind tunnels, and on the pitch by football players themselves.

Rihla is the Arabic word for a journey or the travelogue that documents it.

Al Rihla is the first FIFA World Cup ball to be made exclusively with water-based inks and glue.

The Official Mascot of the 2022 FIFA Qatar World Cup: La’eeb 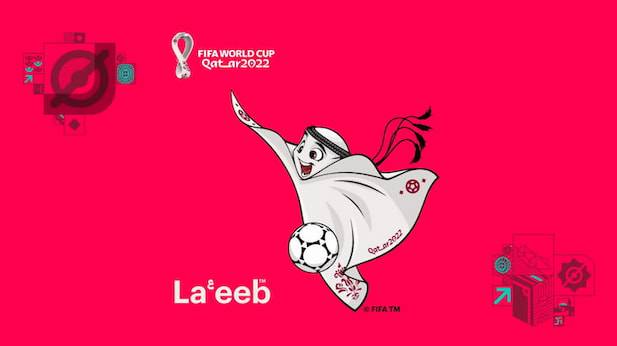 Qatar and FIFA have unveiled La’eeb as the Official Mascot for this year’s FIFA World Cup 2022.

Its name is La’eeb, an Arabic word meaning "super-skilled player", and according to FIFA, it “will bring the joy of football to everyone”.

La’eeb will be known for his youthful spirit; spreading joy and confidence everywhere he goes. La’eeb comes from a parallel world where tournament mascots live. It is a world where ideas and creativity form the basis of characters that live in the minds of everyone.

The track’s official video is uploaded on FIFA’s YouTube channel.

"By bringing together voices from the Americas, Africa, and the Middle East, this song symbolizes how music - and football - can unite the world," said FIFA chief commercial officer Kay Madati. 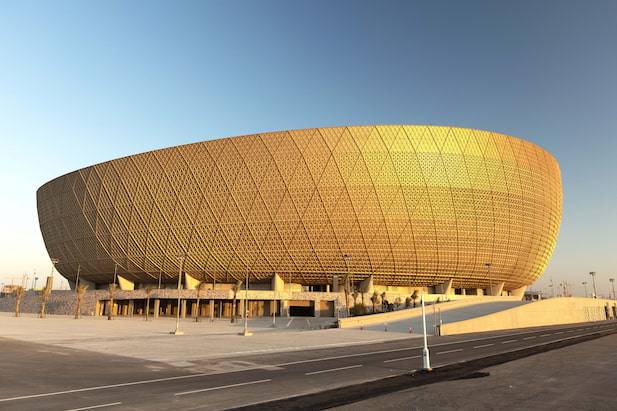 Qatar will host the FIFA World Cup 2022 in 8 different stadiums. The country intends for the stadiums to reflect the historical and cultural aspects of Qatar.

Learn more about the unique stadiums.

Approximately 170,000 seats will be disassembled and sent to developing countries after the competition to help them build their sports infrastructure.

To combat the heat, each venue is powered by solar panel farms and has sophisticated cooling systems. Some also have outdoor air conditioning.

The 8 stadiums are located within a 21-mile radius of the center of Doha and will be connected by a metro and tram system, allowing any fan who wants to see multiple games on the same day to do so.

The tournament's showpiece stadium will play host to the opening game and the finals.

Find out more about the Lusail Stadium

The Al Janoub, formerly known as the Al Wakrah Stadium, pays homage to the coastal city's nautical history with its contemporary design, which draws inspiration from the sails of ancient Qatari dhow boats.

Pictures of the stadium make it clear that this one is modeled after the "gahfiya," a traditional woven headgear worn by men throughout the Middle East.

The stadium takes the shape of a diamond and will be nicknamed 'the diamond in the desert' as it is designed to glisten by day and glow at night.

Find out more about the Education City Stadium

Since it was opened in 1976, it has served as the nation's national stadium, and it underwent substantial renovations in preparation for the World Cup.

Find out more about the Khalifa International Stadium

This stadium was constructed using 974 shipping containers and other easily demountable components, which is a first for the World Cup.

Find out more about Stadium 974

The stadium takes its name from bayt al sha'ar – tents historically used by nomadic peoples in Qatar and the Gulf region. And like a true nomad's tent, it will be portable.

This stadium, which was once known as the Al-Rayyan Stadium, underwent a name change and is intended to symbolize Qatari culture. It will hold matches up until the quarterfinal stage.

Which nations qualified for the 2022 FIFA Qatar World Cup? 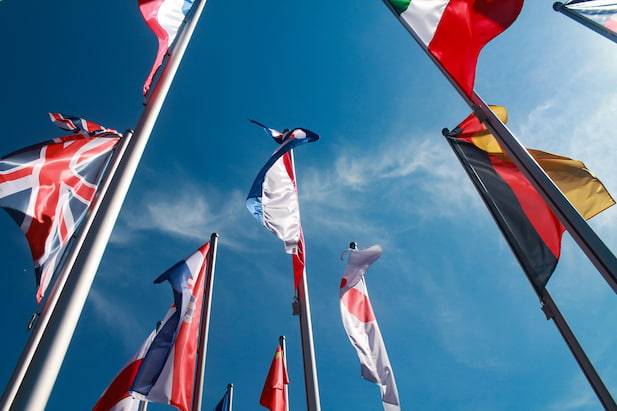 Here are the 32 teams that qualified for the most prestigious football competition in the world.

Find out more about the 32 qualifying teams

The tournament is set to have 48 group-stage matches that will begin on the 20th of November and end on the 2nd of December, 2022.

The teams will then proceed to the knockout stages, which will take place from the 3rd of December to the 6th of December. After that, the Quarter-Finals, Semi-Finals, and Finals will wrap up the most-viewed football event in the world.

Every time zone in the world will get a chance to watch matches at decent times throughout the day.

For the full schedule of the FIFA World Cup with the dates and timings in SGT and MYT, click here.

Want more information related to the Qatar 2022 FIFA World Cup? Here are some articles for you to read about this year's world cup in Qatar!