Sadio Mane of Senegal was named African Footballer of the Year for the second time in a row at the Confederation of African Football (CAF) awards ceremony in Rabat, Morocco.

It was Mane's second consecutive continental player of the year title, following the cancellation of the previous two editions due to the coronavirus pandemic.

The Senegal captain has been the 10th player to be named African Footballer of the Year multiple times. The others are Salah, Didier Drogba, Roger Milla, Nwankwo Kanu and El Hadji Diouf.

George Weah and Abedi Pele have both won the award three times, while Samuel Eto'o and Yaya Toure have each won it four times.

Last season, Salah was the standout player in the English Premier League, capturing the Golden Boot with 23 goals and leading the assist list with 13. Although Mane was closely behind, he got the better of Salah on the international stage.

Mane was in Morocco to personally accept his prize, less than 24 hours after making his debut for Bayern Munich in the United States and converting a penalty while at it.

Another Muslim Footballer to receive a prestigious award recently is Karim Benzema when he was awarded the Ballon d'Or. Read more! At the Africa Cup of Nations 2021/22 championship, Captain Mane scored thrice for Senegal in the tournament.

After the final ended 0-0 in Yaounde, Mane struck the decisive fifth penalty to earn Senegal a 4-2 shootout victory over Egypt and their first Africa Cup of Nations championship.

A month later, Mane won another shootout against Egypt, this time in a World Cup play-off near Dakar following a 1-1 aggregate tie. This led to his team's qualification for the FIFA World Cup 2022 in Qatar.

Mane was born in a town approximately 400 kilometers (250 miles) from Dakar in Senegal.

Despite his father, an imam, preventing him from playing football as a child, he pursued a career in football.

His father passed away when he was seven years old.

He was identified by scouts in 2009 while playing for M'Bour and then was recommended to Génération Foot, where he assisted them to promotion to the second division in the 2010-11 season. A few years later, Mané joined Metz, which had a collaboration with Génération Foot. This led him to make his professional debut in 2012.

Metz received its third-highest transfer fee of €4 million for a player forcing a move to Red Bull Salzburg.

After enhancing his reputation at Salzburg, Mané transferred to Premier League side Southampton for £11 million, signing a four-year contract.

The Senegalese joined Liverpool in mid-2016 and went on to establish a formidable front three with Salah and Brazil's Roberto Firmino. At that time, Sadio Mane was the most expensive African player in history. 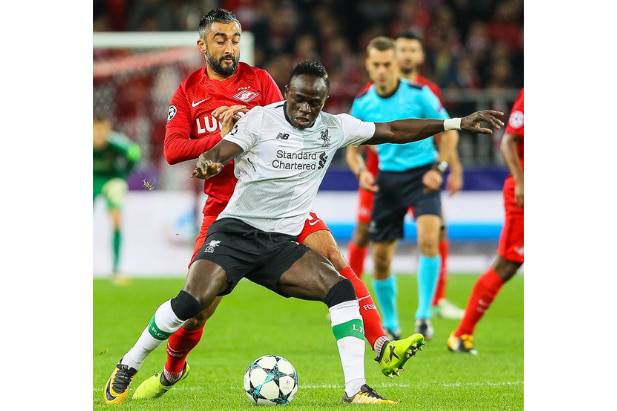 On Mane’s exit from Liverpool, the coach, Jurgen Klopp, had this to say: "My only criticism of Sadio is that maybe at times he is the only one not to realize just how good he is."

Mane scored 120 goals during his time at Anfield, with 48 assists from his 259 games.

In June 2022, Mané joined Bundesliga giants Bayern Munich in Germany for a fee that was reported to be €32 million.

What did Sadio Mane have to say after accepting the award?

"I am very, very happy to receive the trophy this year," Mane, 30, said as he collected the trophy.

"I thank the Senegalese people, and dedicate this trophy to the youth of my country," added Mane.

"Thanks to my coaches, my club and national team colleagues, and those friends who stood by me during difficult times."

"I am really honored and highly delighted to receive this award again," Mane said.