The availability of halal food and amenities, and easy access to mosques, among other things, promote halal tourism in several prominent destinations across the globe. Halal travel and tourism is expanding rapidly in numerous countries to entice more Muslim tourists and explorers to visit them.

Beauty has an address, and all paths lead to Europe. Jaw-dropping places, charming art, riveting cultures, delicious cuisines, interesting history that dates back to centuries, sports, stunning architecture - there is something for every traveler that visits the continent. You are bound to be spoiled for choice!

Are you looking out for destinations for your next trip? Well, look no further as here are our top 5 Muslim-Friendly Destinations in Europe that beckon travelers from around the world! 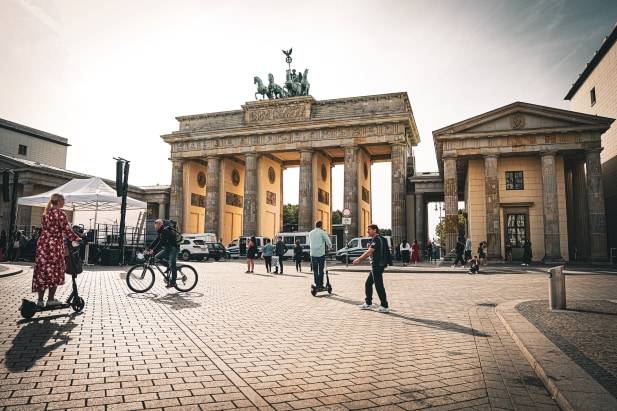 Berlin is easily one of the most Muslim-Friendly destinations in Europe as it is coupled with a decent chunk of the Muslim population, great mosques, and halal services that cater to the needs and preferences of Muslims. Germany is ranked 12 in the top non-OIC countries in the Global Muslim Travel Index (GMTI) 2022.

The German capital is a must-visit cultural destination in Europe with iconic attractions with over 170 museums and more than 300 art galleries that capture the essence of the place. The City of Design (a title given by UNESCO) has over 70 mosques, including Wilmersdorfer Moschee, the oldest mosque in Germany, built in 1924, Omar Ibn Al-Khattab Mosque, Sehitlik Mosque, and the Khadija Mosque.

The are many places attractions, but the ones not to miss are as follows: remains of the Berlin Wall; the Museum Island, which is a treasure trove comprising five famous museums from the time of Prussian rulers and a newly built James Simon Gallery; Reichstag - the house of German parliament; the Brandenburg Gate which is an 18th-century neoclassical monument in Berlin's prominent landmark as it is a symbol of peace and unity; enjoy the old-world opulence at the charming Charlottenburg Palace which has a picturesque garden next to the river Spree; shopping enthusiasts can check out Kurfustendamm, an avenue for popular and latest fashion items.

A plethora of halal eateries are available, ranging from Lebanese, Turkish, Moroccan, Indian, and Arabic dishes.

The city invites you over as a lot of culture and art is waiting to be explored, understood, and enjoyed! 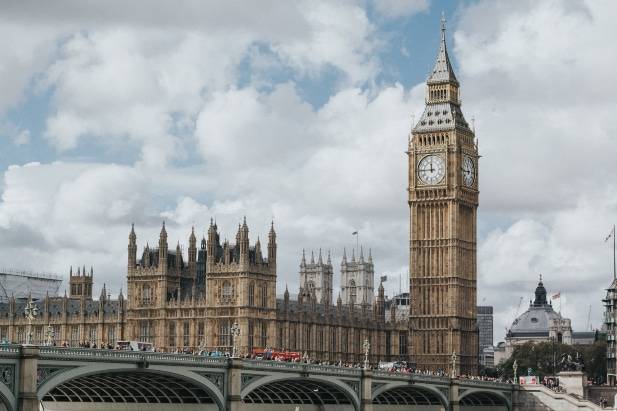 Muslim travelers love visiting this timeless city with a gracious mix of centuries-old architectural wonders to the 21st-century fancy skyscrapers. Hard to believe it until you see the place in person, but London has significant sights at every turn.

The British capital has a relatively large Muslim community, and there is no shortage of halal dining options in casual eateries, high-end restaurants, and prayer facilities. The elegantly designed London Central Mosque, Suleymaniye Mosque, East London Mosque, and Finsbury Park Mosque are a few among the city's mosques.

The places to add to your travel itinerary are many, and a few of them include the classic Big Ben, which is the vibrant capital's symbol, the iconic Tower Bridge that provides scintillating views of the city; the London Eye to enjoy a 360-degree view of the city; historic Key Gardens which is UNESCO World Heritage Site; tranquil Hyde Park; the prestigious Buckingham Palace; the majestic Tower of London; National Gallery; and so many more! Also, if you are an ardent sports lover and lucky enough, you will be in for a treat to witness soccer or cricket matches at Wembley or Emirates Stadium, or the Lord's Cricket Ground. 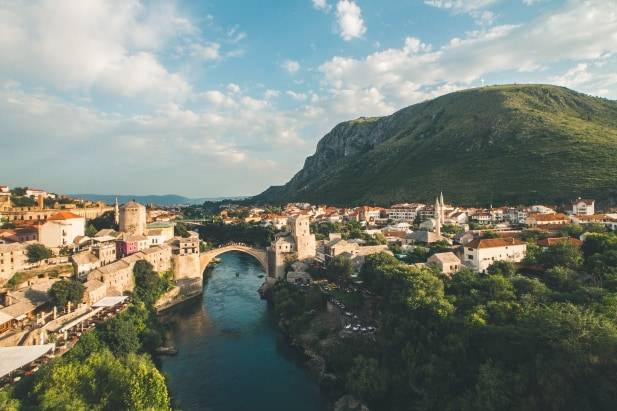 With an overwhelmingly Muslim population of over 50%, Bosnia is a beautiful travel destination and, more importantly, a halal-friendly tourist place that accommodates diverse cultures peacefully. Located in Southeastern Europe, Bosnia has centuries-old Islamic heritage, delicious culinary delights, fascinating Ottoman architecture, spectacularly natural sights, and warm localities. It is ranked 15 in the GMTI 2022 for the top non-OIC destinations.

Bosnia has emerged strongly from its tragic past. Tourist inflow has substantially increased in the past two decades. The capital, Sarajevo, is nicknamed the "Jerusalem of Europe" and is the biggest city in the country and is famous for winter sports.

Some of the stunning attractions include Johornia, where you can try skiing, snowboarding, and hiking and enjoy the breathtaking views at this snowy wonderland, one of Bosnia's most visited tourist sites. Surrounded by mountains and the emerald green Neretva River, the historic Mostar has glimpses of the horrifying past. It has stood the test of time, and the Stari Most (old bridge) is now considered a symbol of reunification and crossroad of cultures. To get the best of nature, you could visit the enchanting Kravica waterfalls, the picturesque village-town of Blagaj that houses a 17th-century Sufi Dervish monastery, Sutjeska National Park, which boasts of a rich a varied biodiversity, and the country's highest peak is located here.

There are numerous halal restaurants available, as many of them are owned by Muslims. The Bosnian coffee and the grilled succulent meat fingers known as cevapi should be given a try as they are pretty popular. 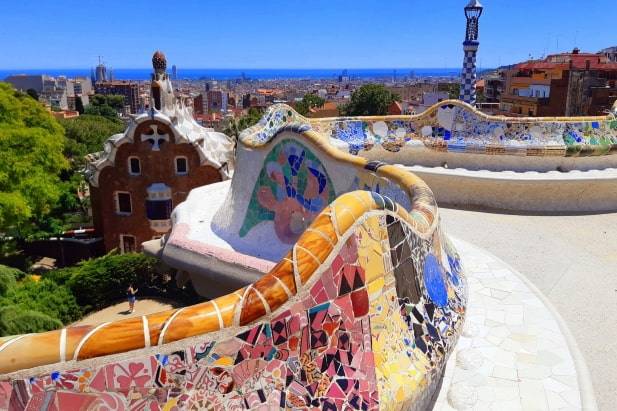 One of the most popular countries in the world, Spain is ranked 10th in the top non-OIC countries in the GMTI report 2022. It is a sovereign state in southwestern Europe, sharing borders with France and Portugal.

Barcelona, a seaside city with abundant astounding architecture, is dotted with Gothic architecture, Avante-Garde works, and enchanting cultural, historical, and natural places. It is one of the most populated cities in the European Union and has a considerable Muslim population.

A trip to the Catalan capital is incomplete without visiting the astounding La Sagrada Familia, the striking Museu Picasso, where you can have a look at the original art masterpieces by one of the world's greatest artists Pablo Picasso, locals' and explorers' favorite postcard Park Guell where you can soak in the imposing city views, enjoy shopping, eating and exploring at La Rambla which is Barcelona's most sought-after boulevard, Tibidabo hill, the old, charming district Barrio Gotico located in the heart of the city, UNESCO-listed Casa Batllo is Antoni Gaudi's masterpiece, Camp Nou is a must-see for soccer fans, and the delightful Magic Fountain of Montjuic. 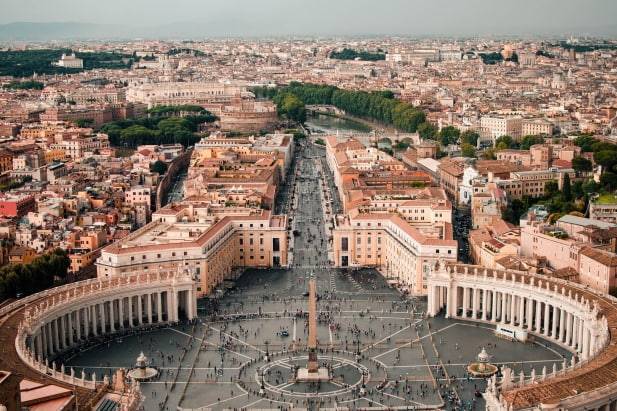 A beguiling city that ranks among the best for drop-dead gorgeous museums has to be Italy's capital, Rome! Italy has been ranked 16th in the top non-OIC destinations in the GMTI 2022 report.

The Mosque of Rome is the largest mosque in Europe and can accommodate 12,000 people. Other important mosques are Quba Mosque, Masjidul Huda, and Moschea El Fath.

The unmissable destinations in the city are as follows: A historical jewel of the Roman Empire, the Colosseum, is one of the seven modern wonders of the world, and due to its demand, it is highly recommended that entry tickets are booked in advance; Trevi Fountain is Rome's largest fountain intricately designed in Baroque style; the colorful and most beautiful square in Rome is undoubtedly Piazza Navona; Rome's central picturesque park, Villa Borghese covers has lush gardens, grassy banks, leafy lanes and is filled with activities to enjoy; the National Museum at the Baths of Diocletian; the Roman Forum; the Spanish Steps built in Rococo style; the Seven Hills of Rome.

These destinations were chosen from a list of places after much research and study done in the Global Muslim Travel Index (GMTI) Report. As countries across the globe are opening up for tourists after closing borders due to the COVID-19 pandemic, it is time to quench your wanderlust and pack your bags for a memorable halal holiday in the above-mentioned destinations in Europe!