“I don’t have time” or “I’ve been meaning to but things have been really busy” are very common phrases that are heard today. As everything moves faster and technology makes life easier, the obvious conclusion would be that we would have more time to do more, but instead, we look back months – or even years later – and realize that we have made little to no progress on certain things. Did you ever wonder how you could actually make personal development work, how you could become a more organized productive Muslim or Muslimah, or how you could build your Productive Muslim Lifestyle?

The Productive Muslim Retreat is the perfect practical trial to experience what your life could look like if you just organized it right. The Productive Muslim website and Mohammed Faris – also known as Abu Productive – have plenty of resources to help you live a better, more fulfilling life, but reading it is one thing, and putting it into practice is another. The retreat allows you to take a vacation – alone or with your family – and enjoy a Halal holiday that amounts to so much more. It forces you to kick-start a productive lifestyle for a few days with a teacher and fellow students to take forward into your life even once you are back home; to become a productive Muslim.

This personal development academy allows you to take time off to reassess your life. Instead of chasing after life’s goals and falling short in the spiritual department, the Productive Muslim retreat is so beneficial because it teaches you how to lead a healthy and balanced life spiritually and reach your full potential.

In 2016, the retreat took place in Sri Lanka at a Halal five-star resort which was the perfect place to relax and rejuvenate on the ultimate beach vacation. The week-long escape included training workshops with Mohammed Faris, the founder of ProductiveMuslim.com; early morning fitness sessions to ignite your senses and awaken your body; nutritional sessions to help with eating healthy for better productivity, based on the Prophetic diet; volunteering at an orphanage; sightseeing around Sri Lanka; and spiritual reflections and goal-setting exercises to set you on the path to success. 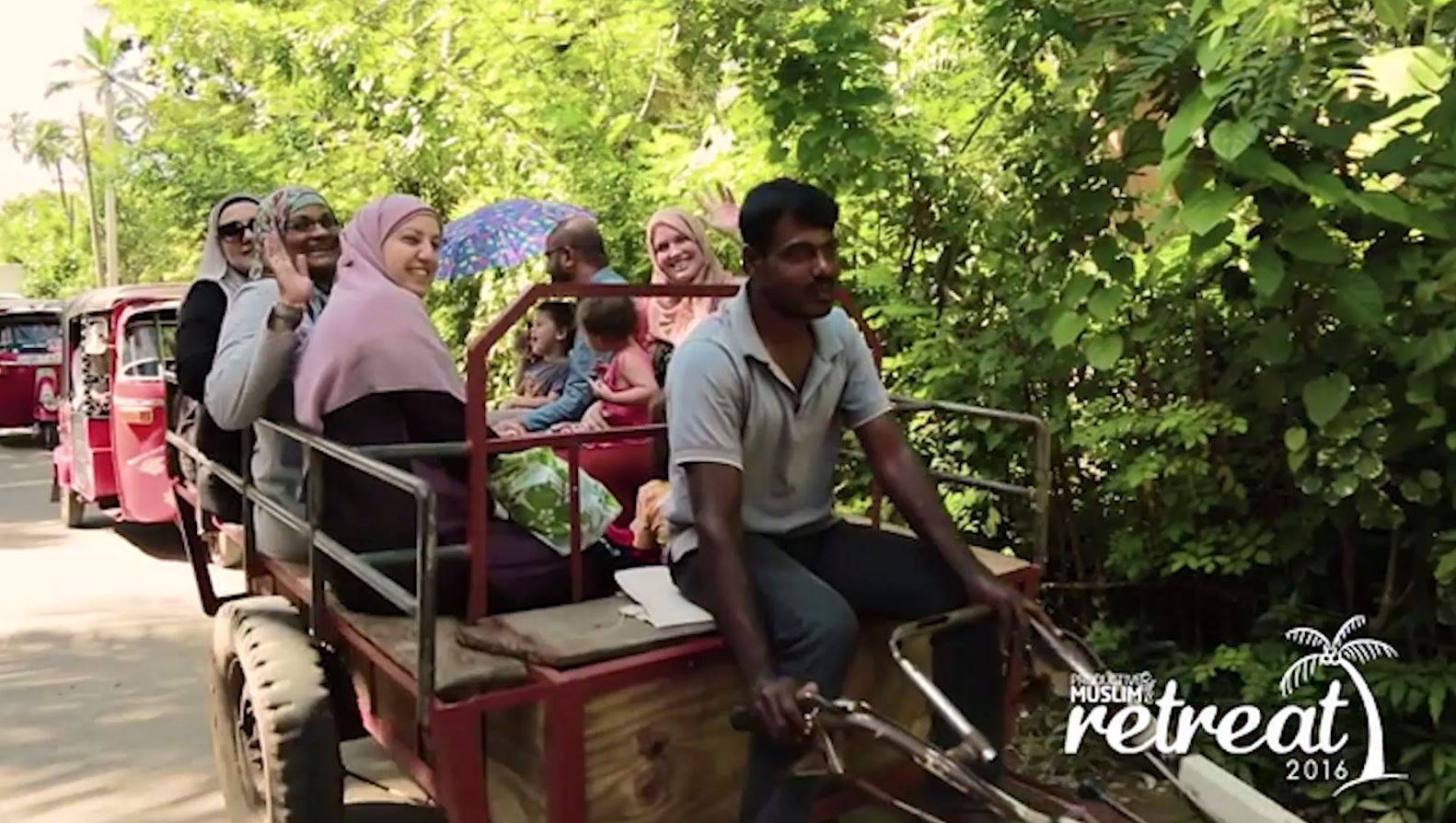 The structure of the retreat ties in Islamic principles with everyday life – which should be the basic Muslim lifestyle – and how you can maximize your time and energy to get the most out of the little life you have. This was the aspect that attracted most of the attendees in 2016, as learning about general productivity is not difficult with the number of resources out there. By tying in religion though, Muslims that know the ultimate goal is the next life are keen to learn how they can achieve the best of both worlds. It gave them secrets to being spiritually, physically, and socially productive. 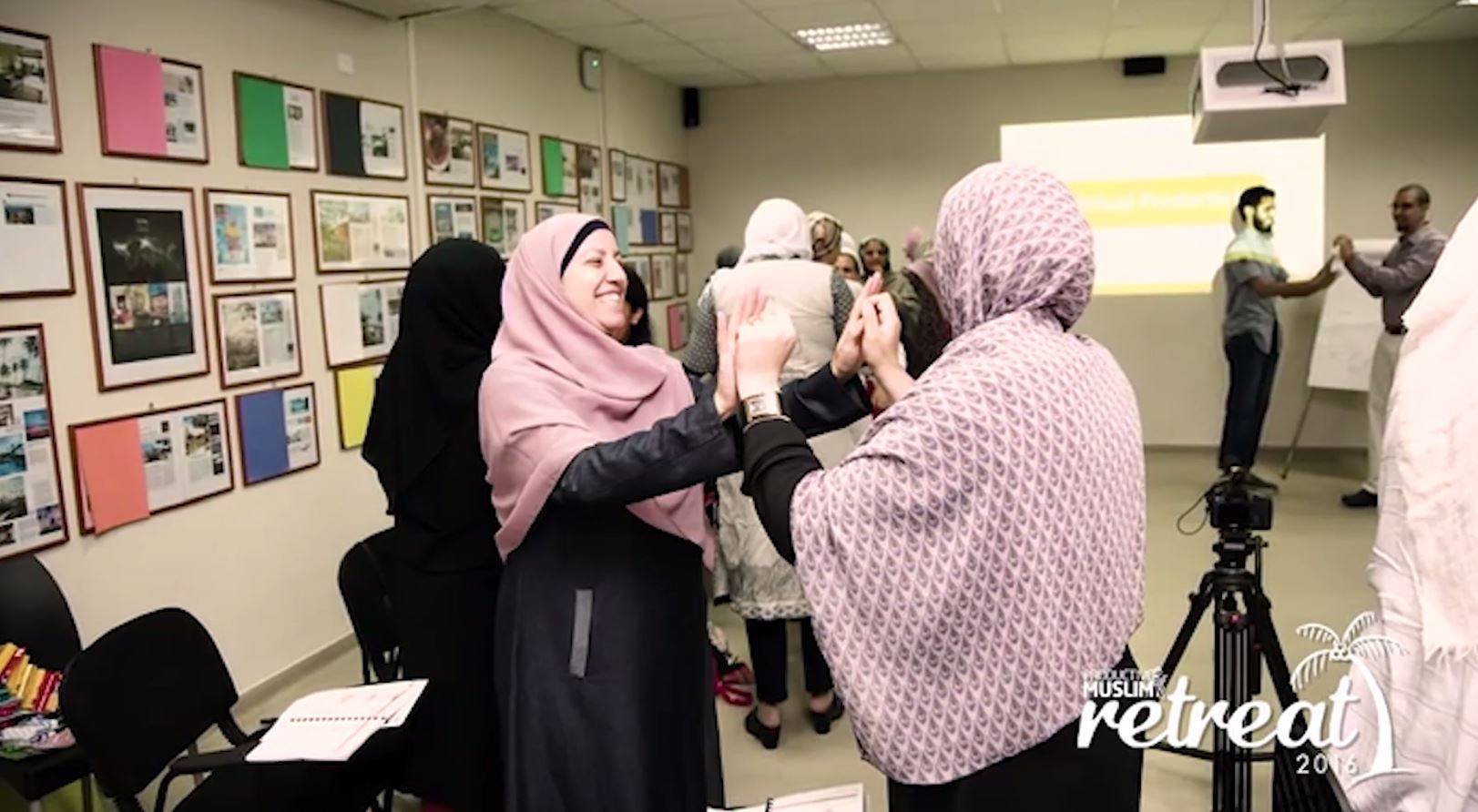 What stood out to the participants in the practical way in which they were able to learn – not just through workshops and seminars, but by putting it into practice then and there. The days were planned around the five prayers as a Muslim should, and the barakah (blessings) in the day were evident when doing things according to the teachings of Islam. It was beautiful to see people from around the world attending, who had this one goal in mind – to be a more productive Muslim and productive Muslimah. Meeting new people with the same mindset is always beneficial, and the support system at the retreat was much-needed. 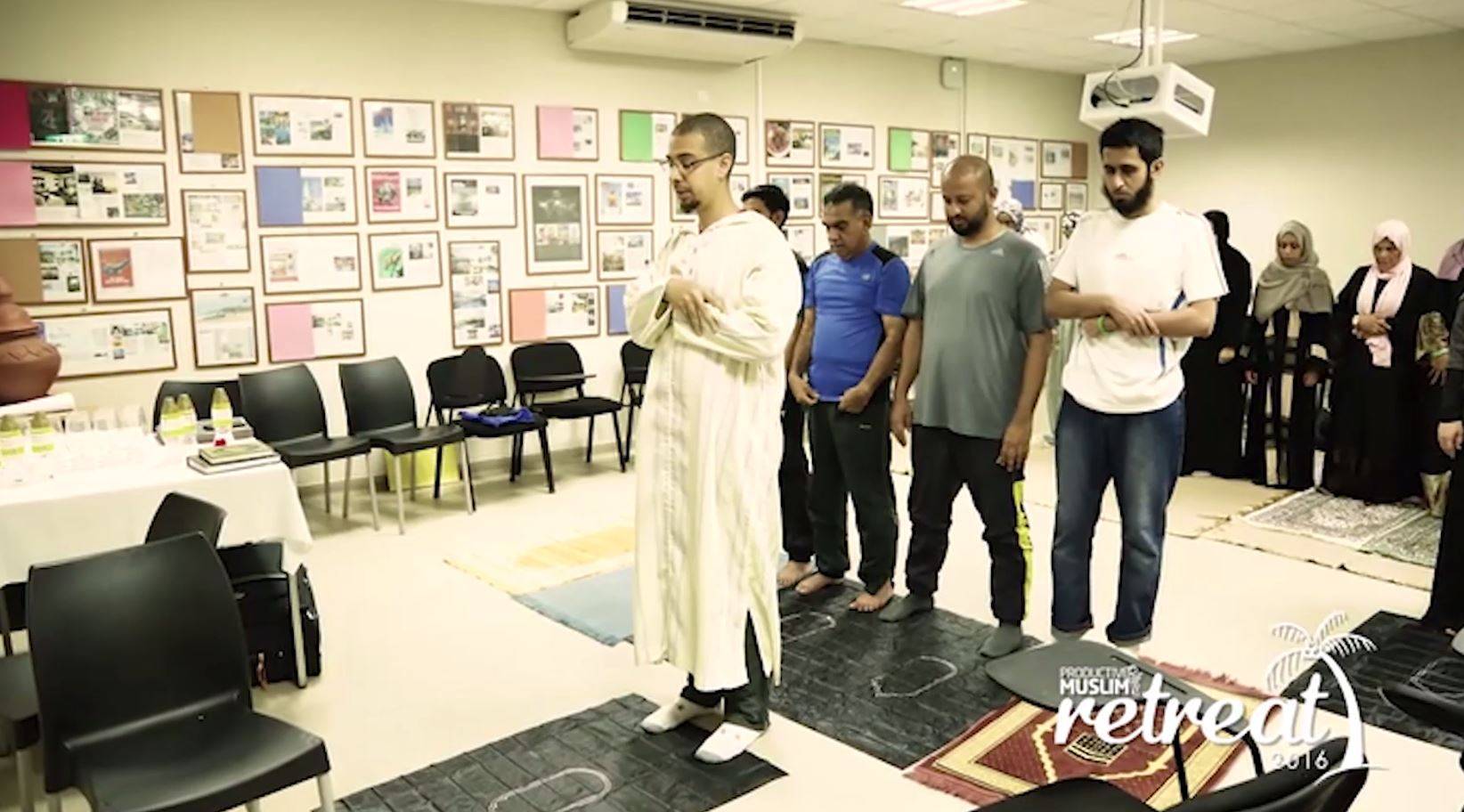 The seven-day stay taught the guests how to incorporate Islam into every aspect of their lives, showed them habits to live the best version of themselves, how to set goals and the steps needed to follow through, how eating habits affect productivity, and they were educated on sleep cycles and their impacts as well. The visit to the orphanage brought in a broader perspective – that we live in a world with people from all walks of life and it is part of being a Muslim to reach out to everyone we can. Nature visits and sightseeing revealed the grandeur of Allah SWT’s creation and how we are all part of the big plan and need to establish our place in that. It taught them to review each day in the end and plan if the next day will be successful.

What to Expect for the Upcoming Productive Muslim Retreat 2018

The 2018 Productive Muslim retreat is taking place at the 5-star Nirwana Resort Hotel on Bintan Island, Indonesia. Since the location and the setting were such a big part of the experience for guests at the first retreat, great detail and care have been taken to ensure the environment is as relaxing and beautiful as it was in Sri Lanka. 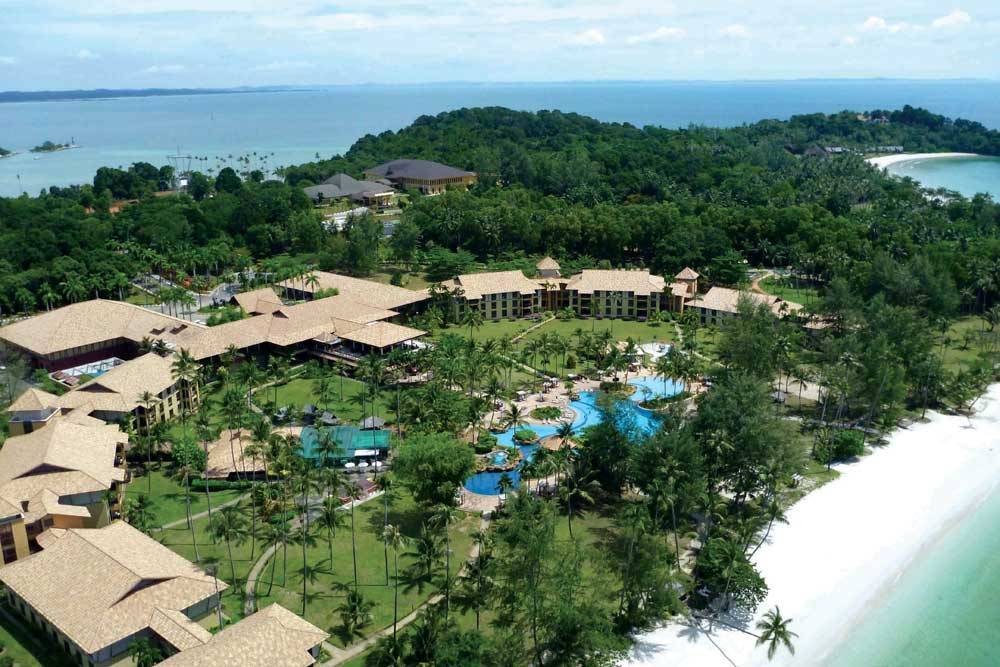 Nirwana Resort Hotel offers poolside, sea-side, and garden view rooms, and is Halal-friendly in its food and services. Their luxurious rooms are perfect for this rejuvenating holiday and they cater to the needs of Muslim guests by providing Halal food at the restaurant, vegetarian options if required, prayer rooms on the premises that are equipped with female prayer garments in the ladies’ prayer rooms for those who require them. With the Qibla direction marked in rooms, stewardesses available on request to attend to female guests in their rooms, and hand showers in the bathrooms and mosques all around, Nirwana Resort Hotel leaves Muslim guests feeling completely taken care of with no requirement left unattended. 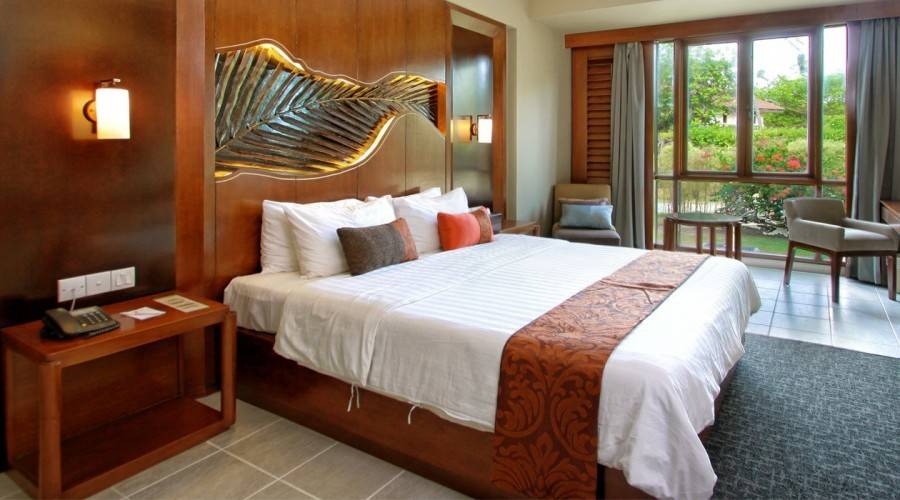 At this retreat, you have the option of a 3-day weekend escape or a 7-day complete experience. All the attendees begin their journey with the weekend escape by meeting up and taking a ferry to Bintan Island where they are greeted at the hotel with dinner. The next day starts by praying the Fajr prayer in congregation and availing the morning hours and the blessings they offer, before heading for breakfast. Having people around you that also want to improve themselves as your support system helps make the most of the day even if you are not a morning person. The day continues with workshops on productivity, sleep, nutrition, managing time, and more, interspersed with prayer and meals. The day ends with a barbecue dinner and game night to get to know your fellow colleagues better. Day 3 is the last day of the weekend escape option and hosts one last workshop on developing habits. The day is planned around the five prayers and allows free time to do as you please. 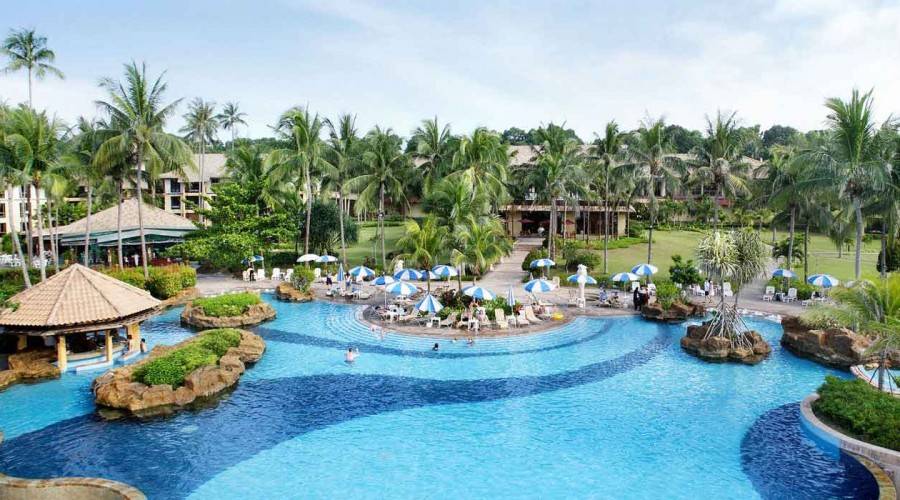 If you wish to stay on for the full seven days, you will spend the rest of the days building upon the habit of using the early morning hours and planning your day around the prayer schedule, as well as one-on-one coaching and reflection sessions, or getting to know Bintan. 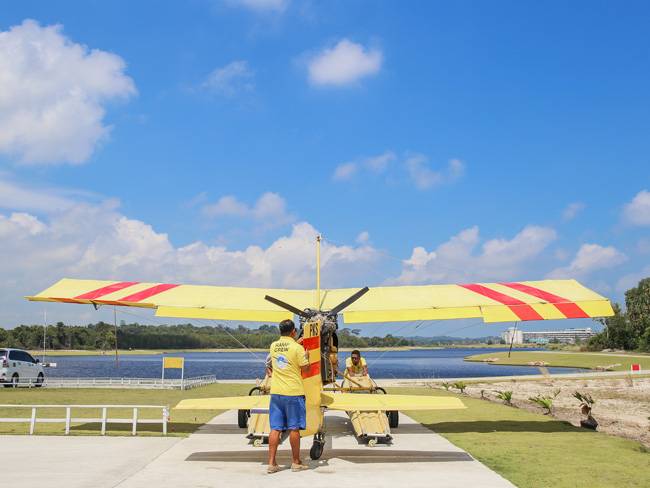 Bintan is rich in history which is evident in its architecture and is a pretty little island as well. The towns are a great place to buy souvenirs, but walking around the island and discovering the stories it has to tell is not something that you can get anywhere else. Meeting the people and getting to know the cultural ties in well with what the retreat is about – identifying your place in the world and figuring out how you can best serve yourself and those around you.

The Productive Muslim retreat educates people on how to tweak small portions of their life to achieve large results, to connect their life goals; and the guests of 2016 left recommending it wholeheartedly to those who have difficulty managing their time, who have a project that they don’t know how to go about, to anyone who wants more out of their life.

So what are you waiting for? Sign up for the upcoming retreat in Bintan, Indonesia before the 15th of January 2018. You know you want to!