This will be the first World Cup ever to be held in the Middle East and Arab world. It will also be the second World Cup held in Asia after the 2002 tournament was held in South Korea and Japan.

The World Cup tournament in Qatar will be the last to feature 32 teams as the number of teams has been increased to 48 from the 2026 tournament onwards which will be held in the United States, Mexico, and Canada.

How many stadiums will Qatar have for the FIFA World Cup 2022?

Qatar will host the FIFA World Cup 2022 in 8 different stadiums. The country intends for the stadiums to reflect the historical and cultural aspects of Qatar. 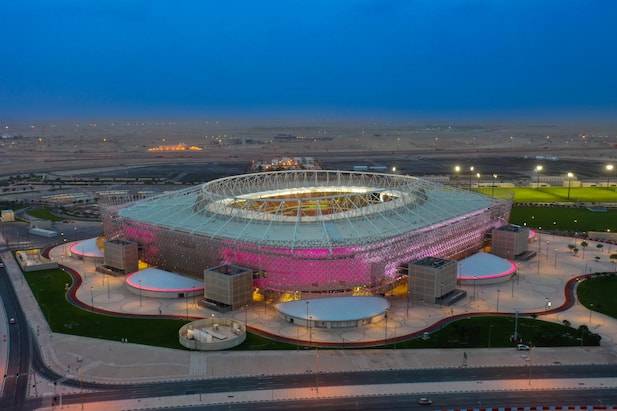 The patterns visible on the exterior are like the geometric shapes often found in Islamic architecture and their impressive intricacy reflects the exquisite handicrafts produced in Qatar.

Nightfall brings another dimension to the scene as several nearby buildings light up with a soft glow.

Over 80% of the construction materials have been reused or recycled. Trees that once surrounded the old venue were retained for future replanting, minimizing damage to the natural environment.

The stadium takes its name from bayt al sha'ar – tents historically used by nomadic peoples in Qatar and the Gulf region. And like a true nomad's tent, it will be portable.

A giant tent structure covers the entire stadium, located in the northern city of Al Khor.

Based upon the tents that nomadic people have used for centuries to shield themselves from the desert heat, the design of Al Bayt Stadium minimizes the amount of energy required to keep football fans and players cool.

The tent structure's lightweight canopies stretch out towards the pitch from every side, providing plenty of shade to supplement the air-cooling technologies at work.

The organizers said about 28,000 seats from the stadium will be donated to developing countries after the tournament. 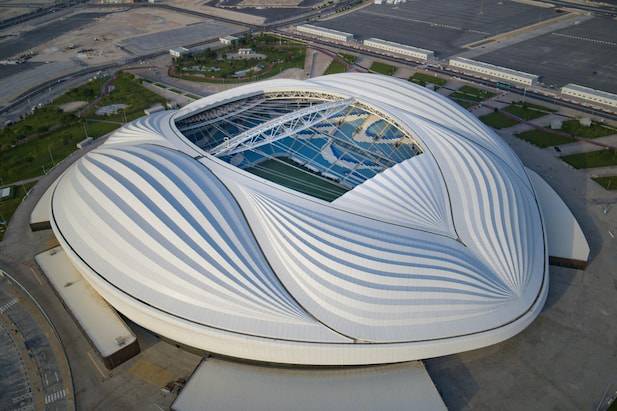 Al Janoub Stadium was the first Qatar 2022 tournament venue to be built from scratch.

Found in the coastal city of Al Wakrah – situated just south of the capital, Doha – the area’s connection with the sea, having been formerly known as a pearling village, influenced the flowing design of the striking stadium’s exterior, which was developed in conjunction with the world-famous Zaha Hadid Architects.

The view from inside the stadium is just as stunning, where bowed beams hold up the roof, resembling a ship's hull and allowing light to flood into the arena.

The stadium’s bold, circular form reflects the gahfiya – a traditional woven cap adorned by men and boys all across the Middle East for centuries. It is a beloved part of Arab family culture that symbolizes dignity and independence – marking every young boy's path to adulthood.

The renowned Arab Engineering Bureau (AEB) is one of the oldest architectural and engineering firms in Qatar – and was responsible for the concept and schematic design of Al Thumama Stadium.

The stadium's green design ensures that 40% more fresh water is saved when compared to a conventional stadium. Recycled water is used to irrigate green areas. 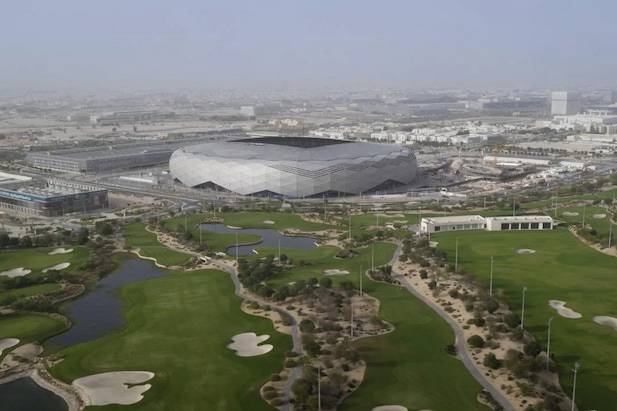 Doha’s Education City Stadium can be found amid several leading universities. The area is home to the Qatar Foundation for Education, Science and Community Development, with academia and innovation at the heart of the community’s ethos.

The facade features triangles that form complex, diamond-esque geometrical patterns, appearing to change colour with the sun's movement across the sky. By night, the façade puts on a colourful light show, making it even more eye-catching.

Built-in 1976 in Al Rayyan, Khalifa International has a long history of hosting major sporting events since 1976. Serving as Qatar’s national stadium, the venue underwent extensive redevelopment in order to prepare it for the FIFA World Cup.

Khalifa International Stadium has an illustrious hosting history, having previously welcomed the Asian Games, the Arabian Gulf Cup, and the AFC Asian Cup, among other events.

Located at the center of all the 2022 venues, the stadium will play a pivotal role in this tournament, whose unique geography and advanced transport systems will make it the best-connected international football competition ever.

The most recognizable features of the arena were always its dual arches, sweeping across the skyline. There is now a wide canopy stretching out below them, complementing the stadium's cooling system to maintain a comfortable temperature for fans 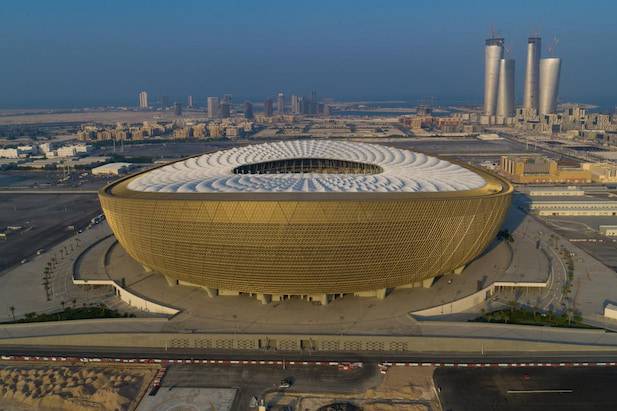 It is here that the FIFA World Cup Qatar 2022 final will be staged, with billions around the globe watching on.

The Lusail Stadium is set to be a historic venue for a plethora of reasons. It will be the largest stadium by capacity at the first FIFA World Cup hosted in the Gulf, it will be the centerpiece of a brand new metropolis named Lusail City.

Once the FIFA World Cup Qatar 2022™ is over, Lusail Stadium will be transformed into a community space including schools, shops, cafés, sporting facilities, and health clinics.

Stadium 974’s innovative design is inspired by Qatar’s worldwide trade and seafaring. 974 is the international dialing code for Qatar, as well as the exact number of shipping containers used in construction.

The innovative 40,000-seat venue has a remarkable design and will be the first fully demountable tournament venue in FIFA World Cup history. It is constructed using shipping containers, removable seats, and other modular ‘building blocks'.

The venue's temporary nature and clever modular design mean that fewer building materials were required than in traditional stadium buildings, which helped to keep construction costs down.

Want more information related to the Qatar 2022 FIFA World Cup? Here are some articles for you to read about this year's world cup in Qatar!