The FIFA World Cup Qatar 2022 is a once-in-a-lifetime opportunity for football or soccer fans to discover a new culture, region, and style of watching football matches.

With its distinct charms, proud culture, and traditional hospitality, Qatar is all set to host the FIFA World Cup Qatar 2022.

The global event is set to take place from the 21st of November to the 18th of December 2022 throughout the winter period, which will be great for viewing the beautiful game and enjoying the most of what Qatar has to offer.

The five cities that will host the matches are Al-Khor, Al-Rayyan, Al-Wakrah, Lusail, and Doha,

The 2022 World Cup will be one of the most compact in the tournament's history. All of the stadiums are within a 55-kilometer (35-mile) radius of Doha, which will make it incredibly convenient for fans.

In order to fit in some amazing sights and attractions throughout your football-filled trip, we will walk you through some amazing options to consider for exploring.

Let us dive into discovering the hidden gems of Qatar!

Abu Manaratain Mosque is located in Al-Wakra, one of the oldest cities in the state. This mosque was constructed in 1940.

Despite having only one minaret, the building's name, Manaratain, which means "two minarets," has prompted many to speculate that the original construction had a different design.

This mosque was restored by Qatari authorities in 2004 and is one of the most unique sites in Qatar.

The mosque is solely accessible from the outside. In addition to visiting the Abu Manaratain mosque, we advise visiting the fantastic fish market nearby.

You can also purchase snacks and beverages close to the mosque for a quick energy boost to fuel the rest of your day. 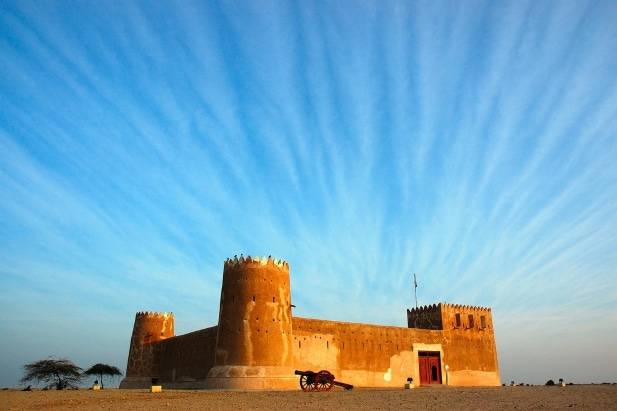 Its one-meter-thick walls served as a perfect illustration of a traditional Arab fort and helped keep the inside cool during the scorching summer.

The fort, which is roughly 105 kilometers northwest of Doha and overlooks the seaside community of Al Zubarah, is reachable by car or taxi.

The fort looks out over the remains of a once-bustling pearling and commerce town that saw battles in the 18th century as strong empires struggled for control of the region.

The fort has been converted into a museum now, where guests can peruse artifacts from the time of pearl diving.

The Qatar Museums team is currently working to protect the fort against the harsh desert and coastal conditions so future generations can also marvel at the site. 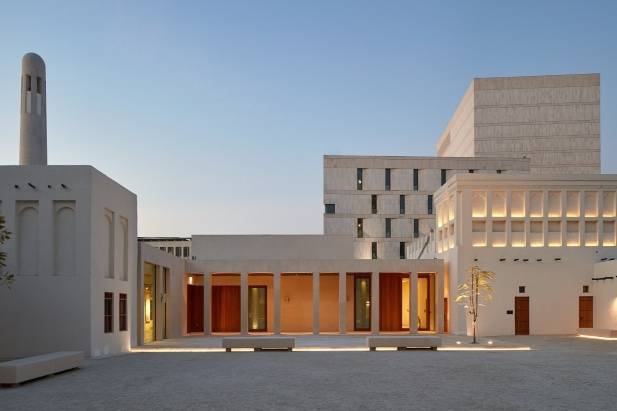 Msheireb Museums celebrate the history of Qatar. The history of Doha is explored in four ancient heritage homes in Msheireb Downtown Doha.

Accessible by vehicle or public transportation are the Msheireb Museums. They are also close to the famed Souq Waqif by foot. The nearest metro station is Msheireb - Gold line, Red line, and Green line.

Each home in the Mshereib Museums is constructed in the traditional Qatari manner, complete with colonnaded courtyards that have been a feature since the early 19th century.

Radwani House best illustrates this, with rooms structured around a central open space.  The house allows visitors to look at traditional family life in Qatar, and the changing norms in domestic life.

The museums take visitors on an audio-visual journey through Qatar’s social and economic past, as well as its culture.

The Amiri Diwan was formerly known as the Al Bidda Fort, a fortification constructed and reinforced with watchtowers in the 18th century.

The governing body and seat of government for the State of Qatar is known as the Amiri Diwan. It serves as the Amir of Qatar's official residence and office.

The Amiri Diwan, the seat of government for the State of Qatar, is not accessible to the general public but is definitely worth a drive-by to see its stunning facade.

This sprawling complex opened in 1989 and is the symbolic, ceremonial, and administrative center of the State. Here, His Highness The Amir attends to the most important local and international affairs. 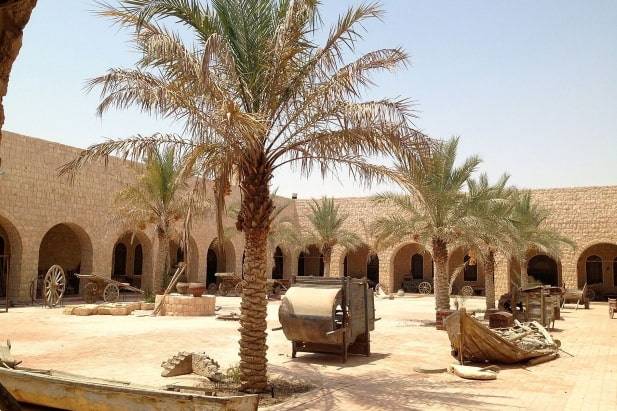 Sheikh Faisal bin Qassim bin Faisal Al-Thani is one of Qatar’s most successful businessmen and has played a significant role in the development of the business sector in Qatar.

In addition to being a prominent corporate figure, Sheikh Faisal Bin Qassim Al Thani is credited with playing a significant role in promoting Qatar's history and culture.

In order to revive public interest in and appreciation for local culture, Sheikh Faisal was a pioneer in the development of a heritage site, the "Sheikh Faisal Bin Qassim Al Thani Museum," a location that continues to uphold his ideals.

The museum is situated in Al Samriya, an area of Al-Shahaniya that is about 20 kilometers west of Doha, the country's capital.

The museum houses a collection that includes pieces of Islamic art, Qatari history, more than 600 automobiles, 700+ hand-knotted carpets, and coins and money from four other continents.

The museum's collection is among the most varied of any in Doha, and it includes the greatest private collection of swords and other weapons in the entire world.

The museum is only reachable by car.

Planning to visit Qatar for the World Cup? Make sure to also visit these articles for the things that you need to do during your trip:

Want more information related to the Qatar 2022 FIFA World Cup? Here are some articles for you to read about this year's world cup in Qatar.