The FIFA World Cup Qatar 2022 is a once-in-a-lifetime opportunity for soccer fans to discover a new culture, region, and style of watching soccer matches.

Continuing from our previous article on the Things To Do In Qatar During The World Cup Other Than Football, let us dive into discovering the hidden gems of Qatar.

The Museum of Islamic Art - Doha 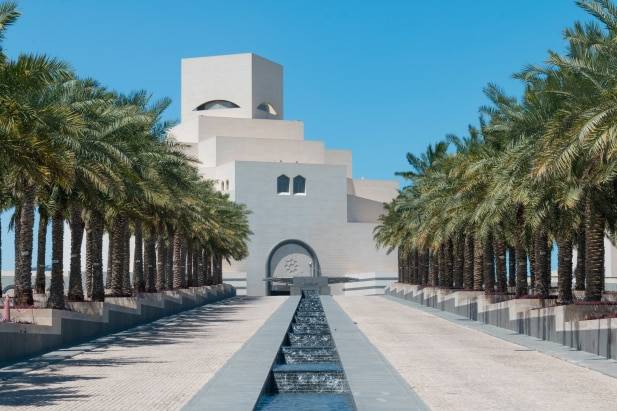 The jewel in the crown of Qatar's museums is the revered Museum of Islamic Art (MIA).

I.M. Pei, a Chinese American architect who won the Pritzker Prize, designed the museum, which debuted in 2008.

It is also home to a heritage library, with a collection of 21,000 books including 2000 rare editions in both Arabic and English.

The Museum of Islamic Art is easily accessible via car or a taxi (Uber is widely used, alternatively Karwa or Careem). The distance from Hamad International Airport is approximately 15 minutes. The nearest metro station is Qatar National Museum, Gold line.

The entrance fee for the museum is QAR 50 for an adult and free for children under 16 years of age.

Visitors are welcome to explore the world-class collection of modern and contemporary art at Mathaf: Arab Museum of Modern Art, which highlights changing genres and styles.

Mathaf, which was founded in 2010, offers a particularly Arab viewpoint on modern art. From the 1840s to the present, the museum's permanent collection includes more than 9,000 pieces created by eminent Arab painters.

Mathaf can be reached by the free Mathaf bus service. It is also easily accessible via car. The distance from Hamad International Airport is approximately 30 minutes. Education City station is the closest metro station. The museum can be accessed via the Blue line of the Education City tram.

Internationally renowned modern and contemporary artists are featured in Mathaf's temporary exhibitions. These exhibitions feature artists whose work is crucial in starting discussions about the social and political changes in the history and modern life of Qatar, the Middle East, and the Arab world. They also explore how societies are organized and question the function of art in our local and regional contexts. 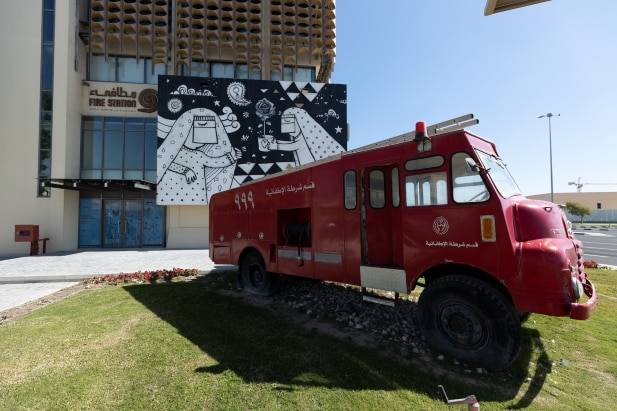 Originally constructed in 1982, the Fire Station housed Qatar's first civil defense agency and continued to function as a fire station until the end of 2012.

In order to host the Fire Station: Artist in Residence initiative, it was repurposed and rebuilt in 2014.

It was converted into a contemporary art space, exhibits artwork and artists, interacts with the neighborhood, and develops new talent through its artist-in-residence program.

Fire Station Gallery is adjacent to Al-Bidda Park and can be reached by car or taxi. Corniche station, Red line, is the nearest metro station.

The original honeycomb façade from the building's previous life as the headquarters of the civil defense administration contrasts sharply with the harsh, industrial design of the Fire Station Gallery. The structure succeeds in "Bringing the Past into the Future" in this sense.

Art lovers will never go back hungry as Café #999 serves up healthy dishes made from locally sourced ingredients.

The National Museum of Qatar - Doha 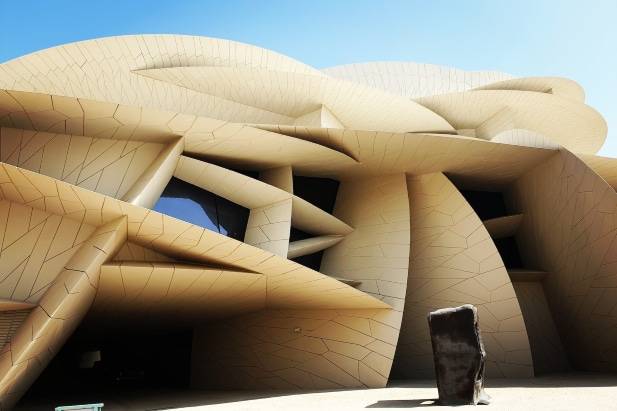 Visitors are taken on a visual tour of Qatar through a series of interconnected exhibits that tell the history of the nation from prehistory to the present.

The National Museum of Qatar was designed by Pritzker Prize-winning architect Jean Nouvel, who drew inspiration from and recreated the desert rose, a naturally occurring crystal formation.

The Museum is built around Sheikh Abdullah bin Jassim Al-Thani’s (who was the Emir of Qatar) original palace.

The National Museum of Qatar is accessible via car or taxi, and it is approximately 15 minutes away from Hamad International Airport. The nearest metro station is National Museum, Gold line.

There are 11 galleries in the museum where visitors may see how this peninsular country's fortunes have changed over time. It is home to a multitude of archaeological and heritage objects, manuscripts, photographs, jewelry, and costumes.

Visitors are urged not to miss the pearl carpet of Baroda, which holds over 1.5 million pearls, diamonds, rubies, emeralds, and sapphires set in gold.

The Museum is also within walking distance of the Museum of Islamic Art and the Corniche, Doha’s central waterfront promenade, as well as Al Bidda Park, Souq Waqif, and more. 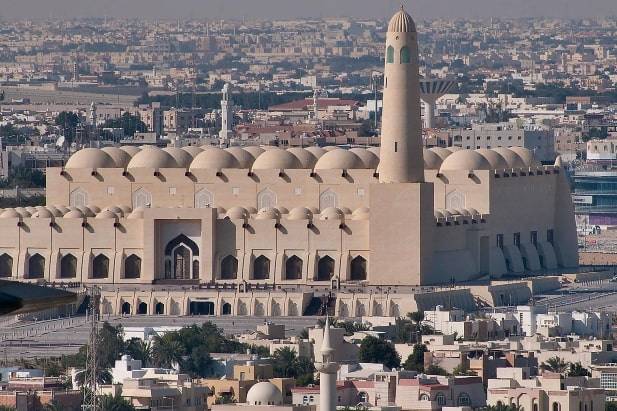 Imam Muhammad ibn Abd al-Wahhab Mosque is also known as the Qatar State Mosque which is the national Mosque of Qatar. It is the largest mosque in Qatar and was inaugurated in 2011.

The mosque can accommodate more than 30,000 worshipers and has three libraries, separate prayer and ablution rooms for men and women, and special rooms for Quran memorization.

The mosque consists of a total of 93 domes, some of which sit atop the prayer niche or mihrab and the prayer hall.

The State Grand Mosque was built by Qatar’s founder, Sheikh Jassim bin Mohammed Al Thani in memory of his father.

Visitors are advised to wear conservative clothing, and women are given abayas or scarves to cover their heads as necessary. Food is not permitted inside.

Children under the age of seven are not allowed, and photography is strictly prohibited in the ladies’ praying area.

Need more information and news regarding the FIFA World Cup 2022? Here are some articles that you could read to know more about the 2022 world cup in Qatar:

Planning to also visit Qatar for the World Cup? Make sure to also visit these articles for the things that you need to do during your trip: