Our world is full of beauty, most of it is God-made, and a fair share of it is human-made. Much of the world’s history and heritage has been carried through the ages by architecture and presented to us in the form of fabulous constructions, each with a unique style, a story, and value. Since ancient times, the architectural marvels of our world have kept resilience and timeless monumentality, and remain today witness of the genius of humankind.

Discover with us 10 of the most outstanding architectural marvels in the Islamic world!

1. Jerusalem’s Dome of the Rock/Al-Aqsa Mosque 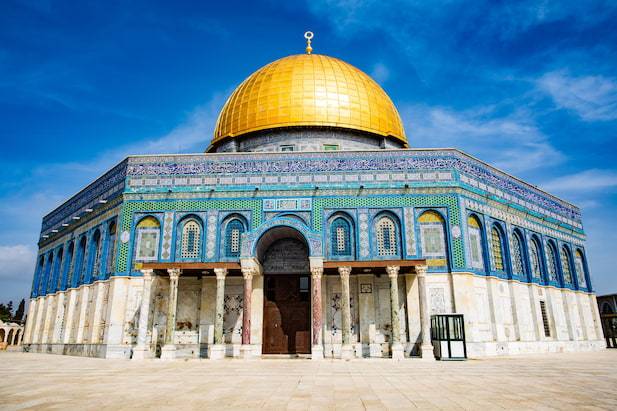 Dome of the Rock or Al-Aqsa in Jerusalem, Qubbat al-Sakhra in Arabic, is the oldest extant monument in the Islamic world and one of the most iconic instances of Islamic architecture.

Built during the late 7th century by the Umayyad caliph Abd al-Malik ibn Marwan, this construction bears tremendous historical value and religious significance for millions of people. For Muslims, it is believed to be the site of Prophet Muhammad’s ascent to heaven on the night of Mi’raj.

The structure of the Dome of the Rock is ornamented with marble, mosaics, and metal plaques. The mosaics feature outstanding Arabic religious inscriptions.

Burj al-Arab, Tower of the Arabs, is a fascinating five-star luxury hotel in Dubai. As one of the tallest hotels in the world, Burj al-Arab was designed to resemble the spinnaker sail of a ship and stands on an artificial island connected to the mainland by a bridge.

The hotel has a heliport and 199 of the most expensive suites in the world!

At over 828 meters and more than 160 stories, and with a construction cost of US $1.5 billion, Burj Khalifa in Dubai is the tallest building in the world and the tallest structure ever built. It is a true marvel of architecture and engineering.

This tower is home to the Armani Hotel Dubai and the breathtaking Lounge Burj Khalifa.

This skyscraper is a record-breaking construction. Here are some records : 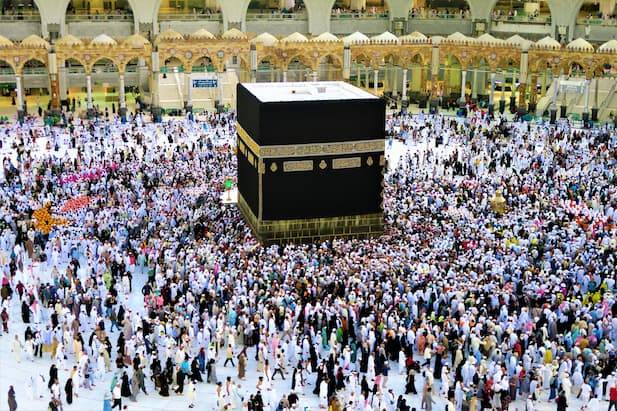 The Great Mosque of Mecca, also known as the Holy Mosque, is the Muslim’s holiest place of worship and is the world’s largest mosque. With a capacity of 2.5 million worshipers, this mosque is not only a holy destination for Muslim pilgrims but also an extraordinary establishment renowned worldwide.

The mosque was initially constructed during the reign of the caliph Omar in al-Khattab (634-644). It was built around the Ka’ba, a most sacred construction which predates Islam and is believed to have been first established by Abraham.

5. The Great Mosque of Samarra

The Great Mosque of Samarra in Iraq is another outstanding architectural marvel in the Islamic world. Located within Samarra Archaeological City, a UNESCO World Heritage Site, it is best known for its 52-meter high minaret that is encircled by a spiral ramp. It was built in the 9th century CE by the Abbasids and was at the time of its construction the largest mosque in the world.

6. The Blue Mosque of Istanbul

The Blue Mosque, also known officially as Sultan Ahmed Mosque, is a picturesque Ottoman-era mosque located in Istanbul, Turkey. The mosque’s 13 domes and 6 minarets are its main feature. At night, blue lights add more splendor to the hand-painted blue tiles that decorate the mosque’s walls.

The Blue Mosque is not only a place of worship, but also a major tourist attraction in Istanbul, and is a UNESCO World Heritage Site. 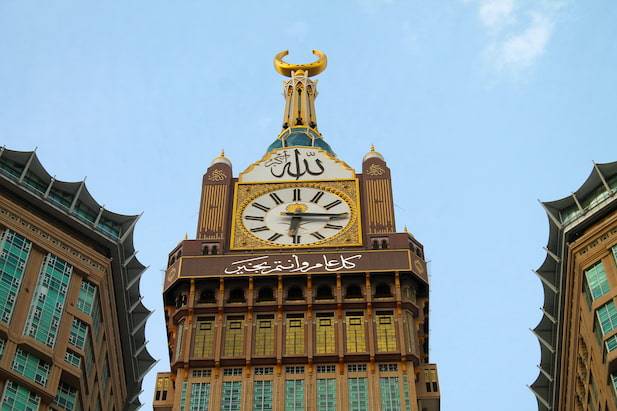 The Clock Towers are a complex of seven skyscraper hotels in Mecca, Saudi Arabia. They are the world’s second most expensive building with a total construction cost amounting to US$15 billion. At over 400 meters, the four-faced clock on top of the building is the largest and highest in the world.

At 451.9 meters, The Petronas Twin Towers in Kuala Lumpur, Malaysia is the world’s tallest twin skyscrapers. They were a major shooting location for Sean Connery’s movie ‘Entrapment’ in 1999.

9. The National Museum of Qatar

The National Museum of Qatar is a national museum in Doha, Qatar. The unique design of the museum's building was inspired by the desert rose, a beautiful rose-like formation of crystals that can be found in Qatar.

The museum has several galleries that exhibit archaeological artifacts, ethnographic materials documenting the Bedouin culture, and the natural history of the desert. 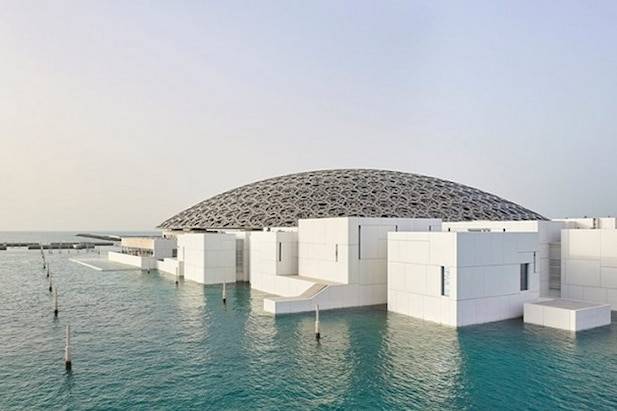 The design of this museum mainly constitutes a web-patterned dome that is meant to simulate the effect of sunlight rays passing through date palms.

The Louvre Abu Dhabi showcases artworks from all over the world and has permanent and temporary art collections.

Certainly, there are many more architectural marvels worthy of mention, here are some: